The Far Cry series is known for many things (Far Cry 2 speed run, for instance), most prominently its exotic locales. Far Cry has always presented landscapes that are filled with things to do, people to see and chaos to pursue. While not as heavy handed as games like GTAV or an Elder Scrolls game, Far Cry still manages to make smaller spaces feel filled in. The Far Cry games have always presented spaces that are believable even if they don’t have the detail of Liberty City. Now that Far Cry 5 is set in Montana, Far Cry has presented the opportunity to bring a space to life more than ever before. Hope County is the perfect small town with big open world dreams.

Hope County is exactly what Far Cry might have always been missing. With little to go off of, Hope County seems to not only host those who are rising up against a general threat to their community, but also those who are people that might be in our own lives. Hope County is just that, community. Whether that’s the community that was already there, or a much darker community that moves in to occupy it. The community that is relatable though is the one Far Cry 5 is built off of. It can be seen in the initial trailer. A school baseball field prominently displaying a flapping sign in the wind. A pasture with a fence that probably hasn’t been repaired in some time. A general store where the local clerk knows everyone by name and vice versa. These places/people exist, they live their lives day-in and day-out. 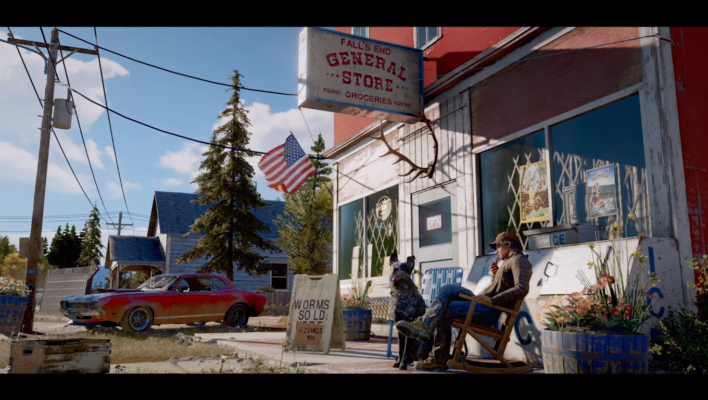 Hope County isn’t the big cities gamers have come to know and love. It’s not even the sprawling landscape of Skyrim or The Witcher 3. Hope County is a tiny county out there where few travel, and most are probably passing through. It’s one of those small towns on the side of the Interstate and while passing makes one wonder who lives there. While playing it is a long way off, Hope County already seems more real to the mind than Liberty City. Hope Counties size is its advantage — having a smaller community allows for a tighter focus. The character trailers alone already seem to be showing the focus Far Cry 5 will have. If it succeeds, it will present a small town exactly as is, a place where you know your neighbor by name and outsiders are immediately apparent. That’s not saying they are bad. Communities like this know each other better than anyone living in a city knows even their landlord. 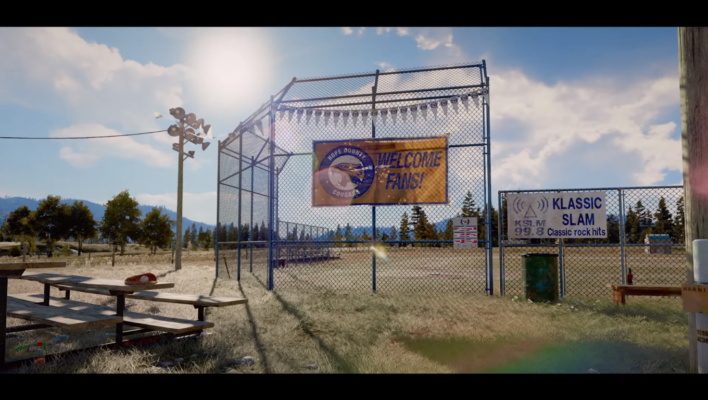 Far Cry 5 also could have a chance to simmer. While it is a Far Cry game and the bullets/explosions will rain down like holy hellfire, Hope County being a small town means it’s probably quiet. Places like this, rarely see action and being so spread out means that it will take a minute for any information to reach, say, the neighbor that lives the next farm over. Yes, walkie-talkies exist, phones exist, but that doesn’t mean word-of-mouth has gone out of style. Communities such as Hope County have a different sense of time about them and move in a way that people outside these communities might not understand (I’m saying this from personal experience, having grown up in places like this).

Hope County being so spread out also means moving through a Far Cry game in a different way. This isn’t an exotic island with hidden caves or a village tucked away in the mountains; it’s rolling plains surrounded by forest. It’s landscape most westerners are familiar with because they’ve seen it at some time or another. It’s the feeling mentioned before, when driving along an interstate and seeing the woods whip past, wondering what lurks within. It’s a place of mystery that is, for the most part, untouched. It’s feeling exposed, yet isolated. It’s hard to get help when there are so few around. 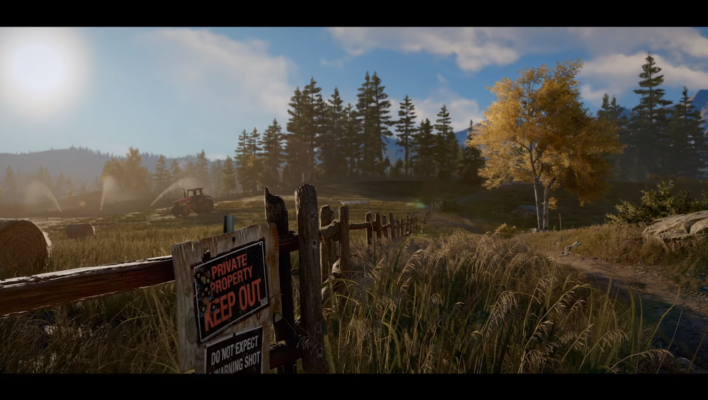 Going along with this feeling of isolation, it will be interesting to see how Far Cry 5 approaches the rest of America handling what is occurring in Hope County. Seeing as we live in an age of infinite technology and America is most certainly not an isolated exotic place, something like a small county takeover doesn’t go unnoticed. It might take a second for anything amiss to be noticed, but again, an entire county going under lockdown seems like it would garner attention. Seeing a media inclusion in the game would help ground the game further in this sense of a community under attack. It would also be nice knowing the player-character isn’t the only fresh face in town. Maybe someone is staying with family in Hope County or a curious journalist finds their way to town.

The Deputy Sheriff is going to have a lot on their plate when they arrive to Hope County. Not only are they new in town, but it’s not the best time for friendly introductions. A militia rolling in doesn’t help with introductions and folks’ trust. Far Cry 5 seems to want to make Hope County feel as believable as possible and it looks to be succeeding. Hope County may not be everyone’s home town, but the folks who do live their love it just as much as any executive loves their high-rise. What’s better: a view from fifty floors up or sitting on the porch drinking a beer while watching the sun set?