Of everything new that was shown off during the Switch presentation in January, ARMS was perhaps the biggest surprise from the event. While rumors of a new Nintendo IP had been flying around for a while, no one could have suspected a third-person fighting title that would make use of motion controls and include a character with noodles for arms. While the initial trailer was a bit short and didn’t give many close details, information soon followed that made ARMS feel like it is aiming to be Nintendo’s next big fighting title.

Like many Nintendo titles, ARMS is decorated with delightfully bright colors and unique character designs that make every individual stand out. Each of the ten playable characters has their own backstory, unique abilities and stage crafted just for them. While these characters each fit into the typical light, medium and heavy classes, each one feels significantly different from the last and makes it easy to find a character that appeals to each player. Even the individual character stages seem to reflect a character’s personality, with each one giving players a chance to take advantage of their surroundings. 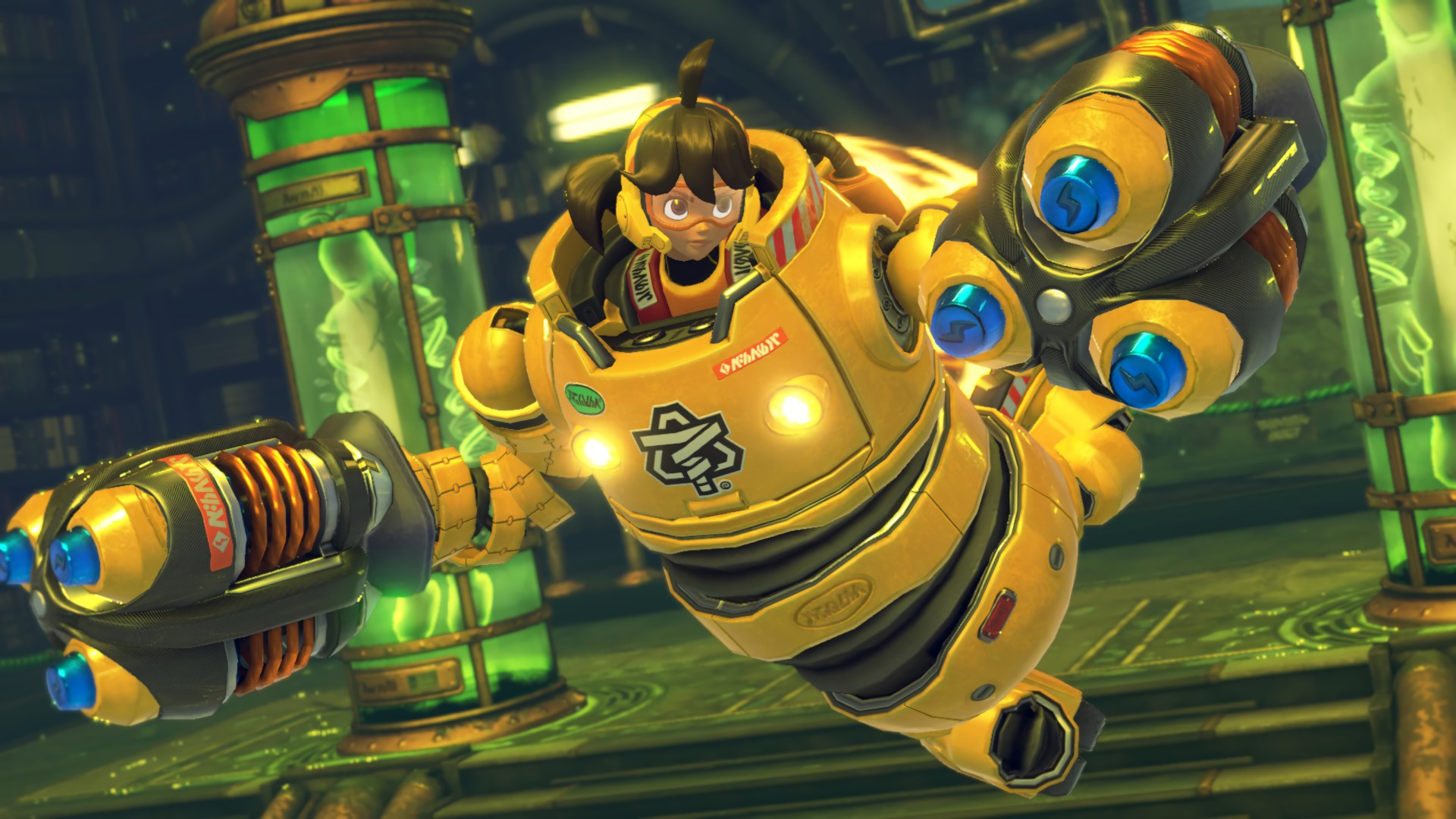 The main draw of ARMS is in the online multiplayer. Players can choose to challenge a random group of others in the Party Match and play in a variety of different modes, or have a chance to prove they’re the best by going against others in ranked battles. Party mode puts players into a lobby with others who will be put into random battles that ranges from one on one matches to volleyball. Ranked mode starts off every player at level 1, and with each victory raises higher or decreases if a match is lost. For those looking for more social fight, the friend option will let players compete against people they know in private matches of their own choosing.

Not everyone may be looking to play online right away, though, so fortunately ARMS offers a good variety of single player and local multiplayer options. The Grand Prix mode is setup the most like a traditional campaign, letting up to two players challenge ten different opponents in succession to prove they are the top fighter. Grand Prix mode also offers seven different difficulties to choose from, so players choose whether they want to take it easy or challenge themselves against harder AI. While in Versus mode, up to four local players can choose between the different modes and compete against each other or try their skill against AI opponents. Versus mode also includes training and tutorials, so players can learn some simple tips or new strategies to help them on their way to being a champ. 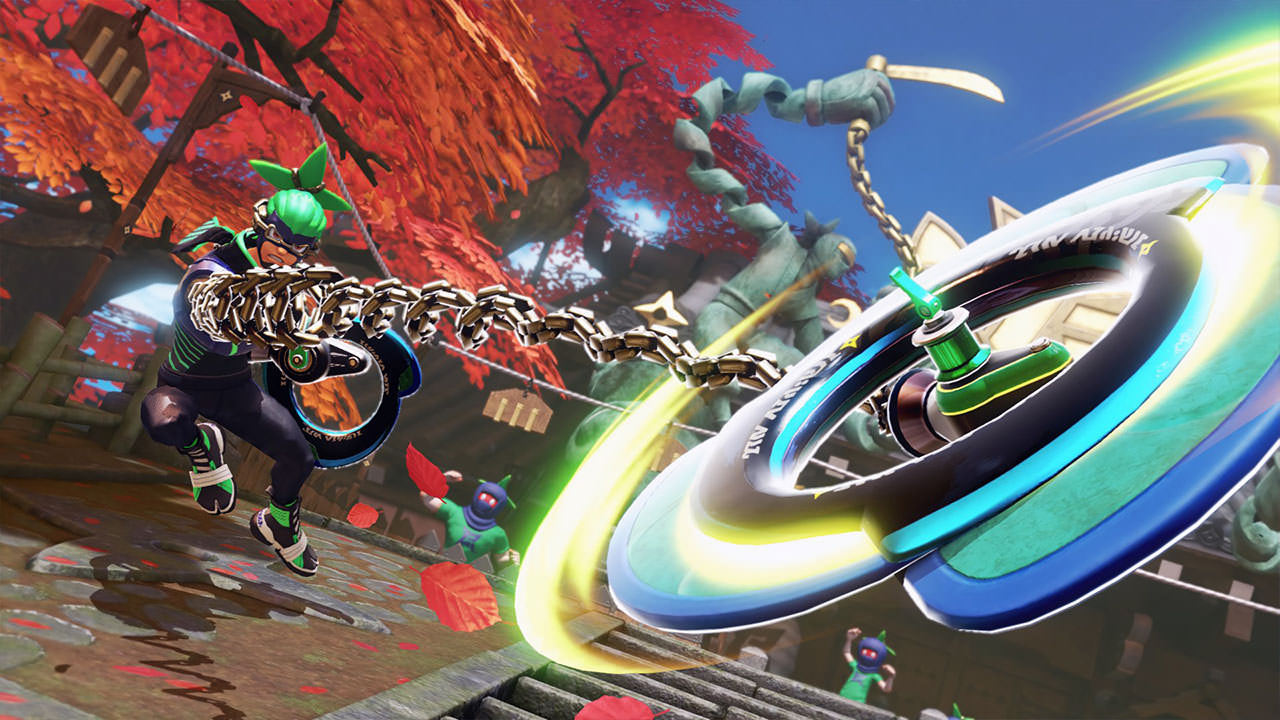 While ARMS has mainly been shown off using motion controls, any available controller setup on Switch can be utilized. Whether players want to use the joy-con grip or let a friend join in by both playing on a single joy-con, ARMS makes sure everyone can join by using whichever control setup they prefer. Motion controls are more immersive than simply using a controller, but using any controller works just as well upon familiarization with the unique button setup.

There are a total of thirty available arms to choose from, with each character starting with three of their own. Most of these arms come equipped with a special ability that can stun, burn, freeze or even blind an opponent when the weapon is charged up. Each weapon is also ranked in weight, with heavier weapons being able to topple lighter ones while same-weight weapons will stop each other if they collide. The weapons an opponent will use in addition to the elemental ability adds a layer of challenge to each fight, as no two opponents will be coming in with the same exact gear. 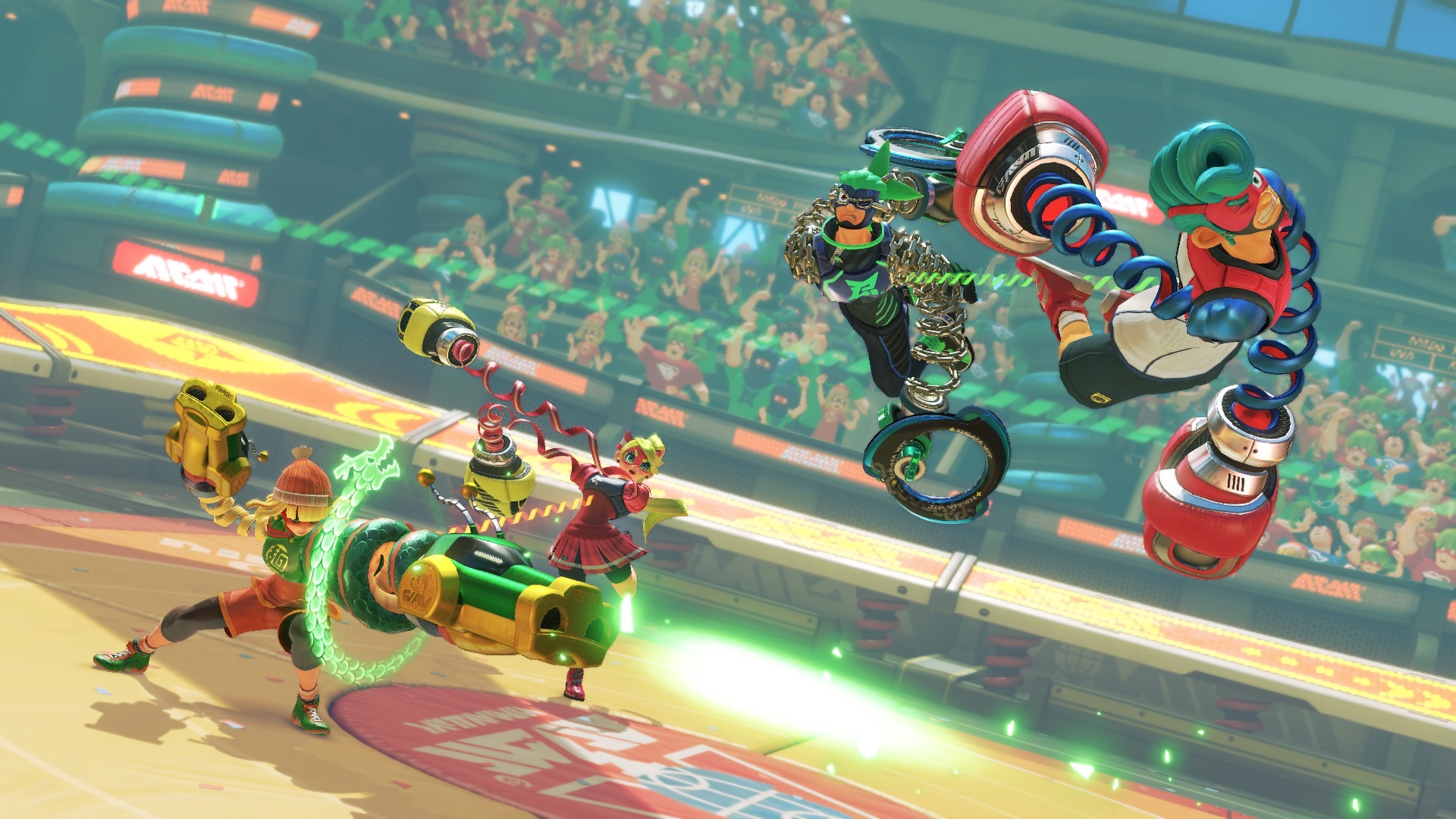 ARMS is a title that can easily appeal to people looking for a fun time in the fighting arena or those hoping to dive into the competitive one on one matches with its easy to learn controls and variety in character combinations. Like Splatoon before it, Nintendo has managed to take a familiar genre and add their own twists to make a crazy idea work just as intended. While the third person fighting style isn’t a new concept, ARMS has a wholly unique charm that stands on its own two legs.