Players who might have been disappointed that the ARMS testpunch didn’t include the most recently revealed characters can now look forward to being able to try at least one of them starting tomorrow. The hair-punching actress Twintelle is planned to make her first playable debut in the upcoming testpunches in the follow days. This addition was made due to her overwhelming passionate requests from fans, according to the official Japanese twitter who happily shared the news.

The second run of testpunches starts tomorrow evening, so be sure to check out the complete schedule here and check out the official artwork posted with Twintelle’s announcement below. 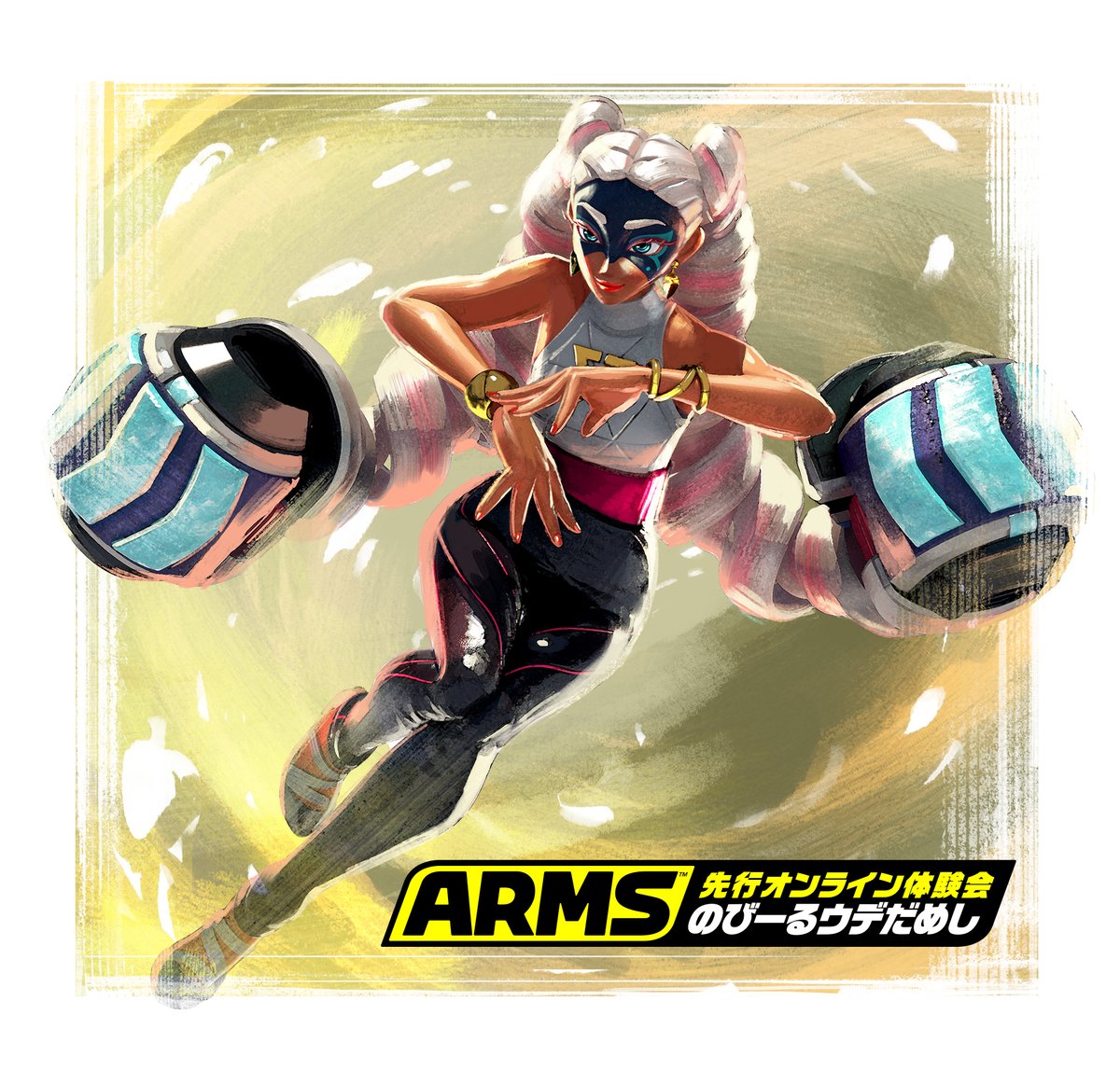