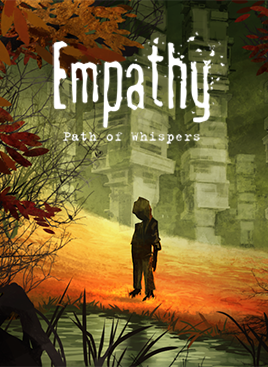 If there’s one thing titles like What Remains of Edith Finch have proven as of late, it’s that the dysphemistic coining of “walking simulator” can still throw up an interesting tale/execution from time to time. Yes, there’s still life in perhaps one of video games’ most sneered-at sub-genres — a genre that has often been narrative-first, gameplay-second and perhaps deserved some, though not all, the criticism it has coming its way. Intended artistry trumping any and all facets that keep the player interested enough to carry on. There’s a bit to immediately recognize and thus draw comparisons with in Pixel Night’s own tale with Empathy: Path of Whispers. The likes of more notable titles like Gone Home, Everybody’s Gone to the Rapture, The Vanishing of Ethan Carter & Dear Esther clearly present in the all-round design and narrative process of this deviation into more surreal, dreamscape-esque surroundings.

Like most titles of its ilk, Empathy starts fairly vague as to the specifics of its premise outside of a few notable assumptions and possible outcomes – references to disorder, panic, a public uprising and so on laying the foundation to what is a fairly non-sturdy affair plot-wise and, unfortunately, with its overall delivery likewise. While its disconnect from reality and thrust-together conflict of locales and environments – derelict outposts meshed with public parks which themselves transition to a train station and so on – may seem contextually fine given the game’s setting, Path of Whispers’ greatest draw is, like many games before it, its over-indulgence in the plot and not enough care put into the many steps the player takes. The only means of interaction a player can have on a game so adamant on crafting a provocative story, often being to simply turn the next figurative page of the tale.

With Empathy: Path of Whispers, this is done through a fairly novel puzzle-solving mechanic that involves lining up sound wave-like frequencies upon discovery of an item flitting between existence and non-existence. The idea is that players must alter the “wave” through adjusting its amplification, wave-length and frequency in order to get the object to materialise and continue on the story being told, which often takes the form of a particular character’s story-arc — be this a monologue or a dialogue exchange between other characters whom also have their own separate storylines throughput the course of the game. 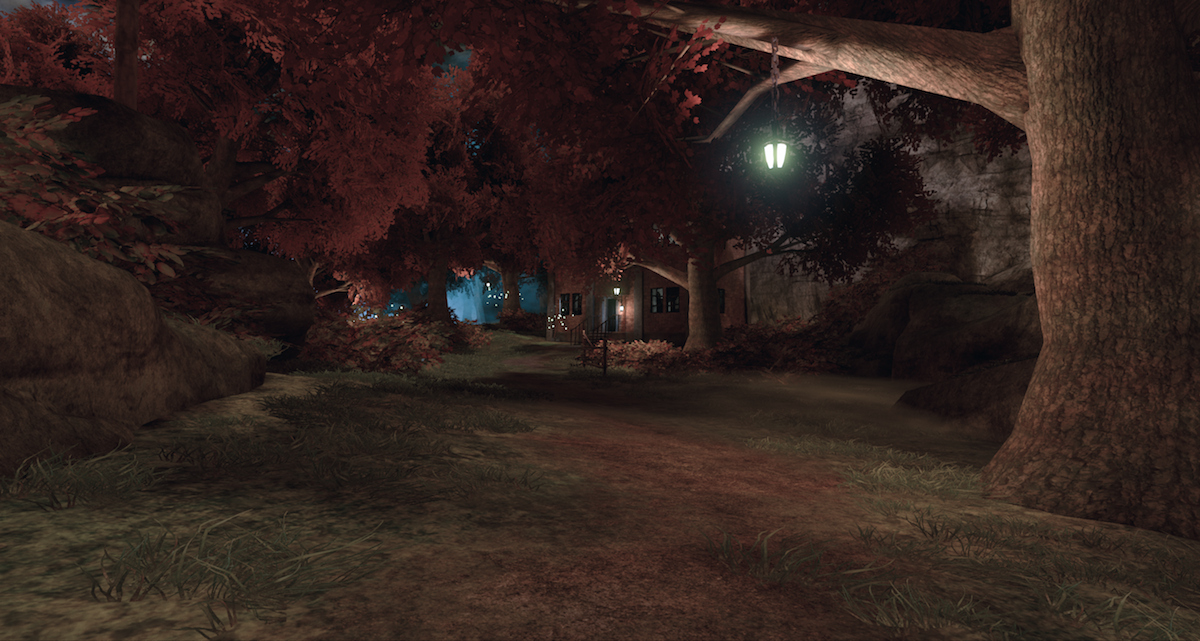 While the puzzle-solving doesn’t lend itself to any radical shifts or means of evolution, the concept is sufficient enough to break up the ample amount of back-tracking the player will likely make as they needlessly go back and forth between environments, hunting down the next assortment of items that are the only means to actively progress through the game’s World itself. By which point, the player is placed in a flashback-like scenario affiliated with one of the aforementioned story characters – often involving merely placing plot-specific items in a certain order/place before the blue-filter “phase” of these moments disappears and the game casually returns to its former state of hunting down more items.

That’s not to say Empathy’s multi-character, multi-perspective tale is entirely without success – at its best Pixel Night doing a satisfying job at establishing a series of protagonists/antagonists that are intricately placed during the game’s ten hour play through, balancing each others’ arcs out without feeling overly dominant or complacent by contrast. Each with their own destined paths, some clashing with others. Though as intriguing as it may be to work out particular character’s motives and relationships, the World itself — as indeed the lacklustre and fairly basic means of gameplay — doesn’t help the fact that Empathy feels like a game using its “dreamy” aesthetic to excuse its bloated scope, lack of worthwhile interaction and admittedly deprived physical design. 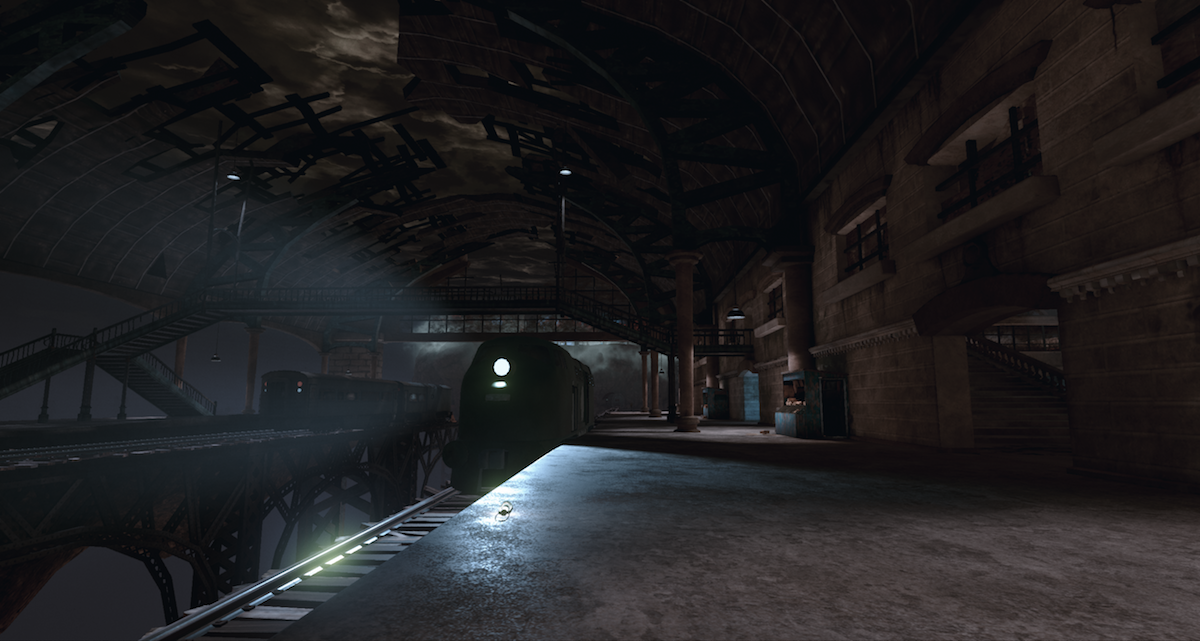 Though some environments such as the twentieth-century train station do manage to make their voided space seem justified and fairly eerie as a result, most of Empathy’s general design doesn’t pose the same level of reason or sensual connection on the player’s part. And this is of course leaving out the ample cases of low-resolution textures, stock sound effects and blocky geometry that can crop up in the game’s more tighter and claustrophobic situations. Sadly the visuals are the least of Empathy’s woes regarding what the player may come up against in their travels.

Or rather, what they won’t; for a game that is initially so heavily structured around finding a particular amount of objects to progress the game forward, in one example of getting a train to move to reach the next destination, the sheer lack of subtle guidance or blatant instruction otherwise on what the player must do (or perhaps isn’t doing) is the kind of unwelcome surprise that lands itself as the best case of a game narrowly focused on its story, it forgets about the most fundamental of interactions between itself and the most important person of the whole experience: the player. 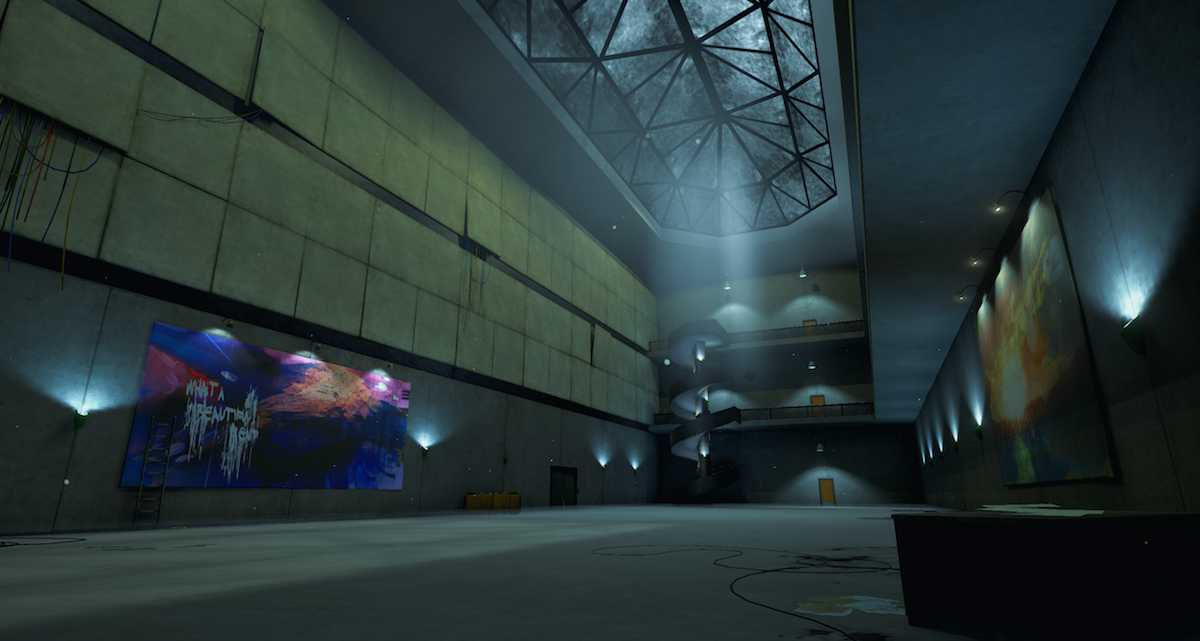 While it may not indulge as much on its aesthetic to better hide the distinct lack of gameplay, Empathy: Path of Whispers can’t excuse itself for letting its eye go too far a stray from keeping its player both focused and interested in the tale being spun. Though it’s far from the actual narrative’s fault for the game’s all-round mediocre delivery, the insistency on following an established formula across a bulk of the game’s all-round length doesn’t excuse the choppy, blurred and fairly average quality of its visual design. The warranted need to fine-tune its brief puzzles aside, Empathy: Path of Whispers is intriguing in moderation, but little else.