It feels like it’s been a long time coming, especially as the rumors have been going on for months, but Gearbox’s underrated Battleborn is going free to play. This is a bit convoluted, but it does make sense, so bear with me.

Dubbed the Battleborn Free Trial, the free downloadable will be available on Steam, PlayStation 4 and Xbox One. It grants new players unlimited access to all of the multiplayer maps and modes, with the story stuff closed off. The entire character selection, however, is still blocked off, in favor of a rotation of six playable characters from the roster of thirty. Achievements and trophies are also not happening for the free players, though there are no additional caps to command ranks and mastery levels that can be earned through play.

Now, in classic free to play style, additional content can be earned individually. Using either credits earned in game, or using Platinum currency, players will be able to purchase additional heroes, skins, taunts, gear, XP boosters and more. Basically, it will be theoretically possible to earn the scratch to unlock the entire base game through continual play. However, players+ can also just go ahead and buy the game should they choose, with all progress carrying over. If there is any duplicate content purchases, for example if a free player bought a story op and then decided to purchase the entire game, the credits will be refunded for the a la carte purchase. Trophies or achievements that would have been earned will also be awarded when jumping back into a match. 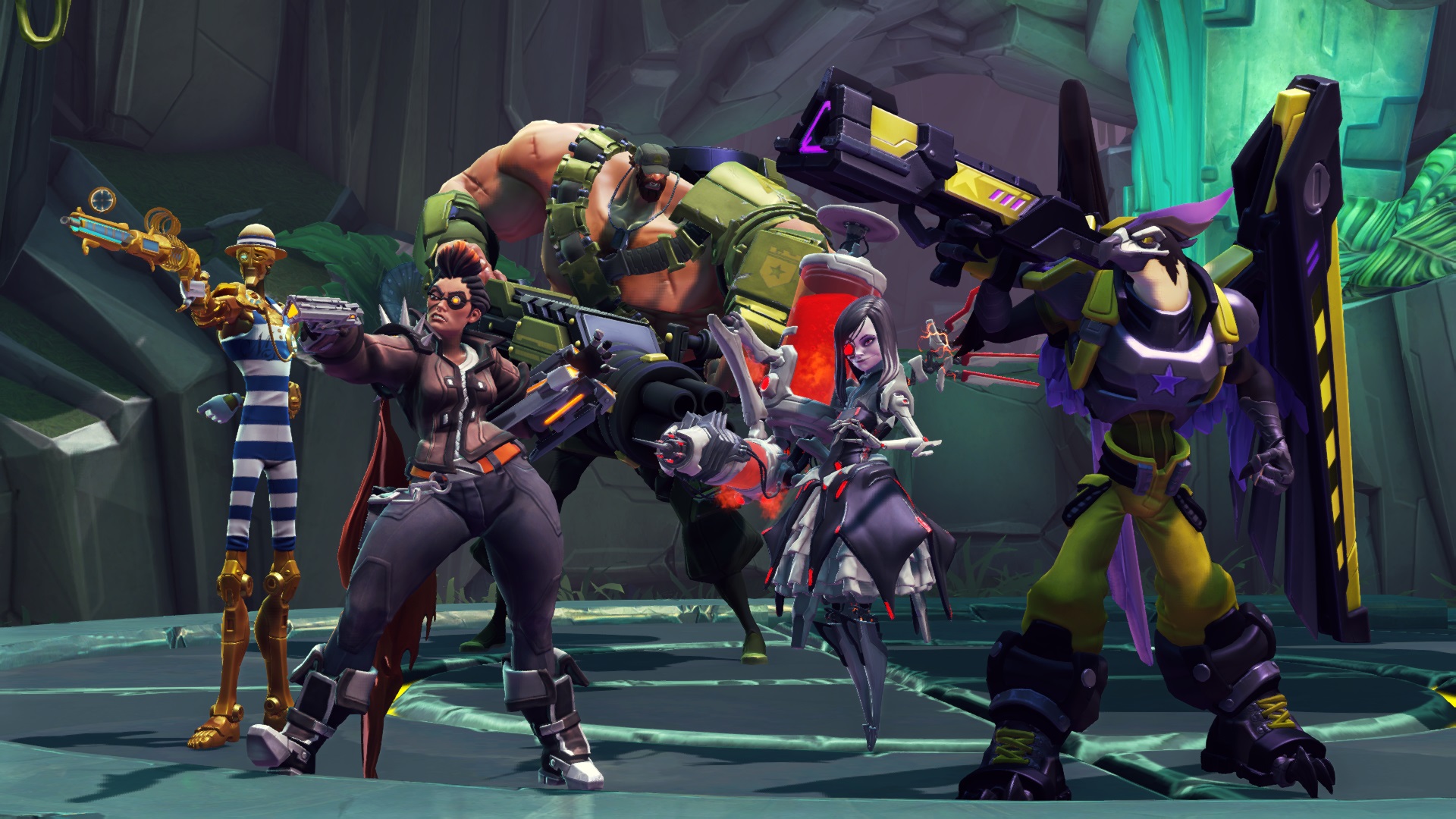 Now, this influx of new players will potentially just be meat for the veteran players (there’s some good news for us folks in a moment), so Gearbox is taking some steps to get the new folks up to snuff. First, there is a tutorial for Incursion, the best of the multiplayer modes. This will explain just what the heck is going on without forcing players to bang their head against the wall a few times first. Being as it has been requested for a very long time, this will be a welcome addition. Also, Gearbox is including a new mode called The Dojo. Hopping in here allows players to try out any hero against a horde of minions, whether or not they have been purchased or if they are part of the rotation. Having a chance to get a feel for the hero before jumping into a match is a highly welcome feature.

Still, on its own, this might not be enough to prevent new players from getting body slammed through a sluice grate, so a Novice Queue is also being added. Designed to be a place to get the stupid out, this is where folks will go to really learn the ropes against other new players until they graduate at Command Rank 20. At level 20, the Novice Queue will disappear, and players will test their mettle against other learned Battleborn. 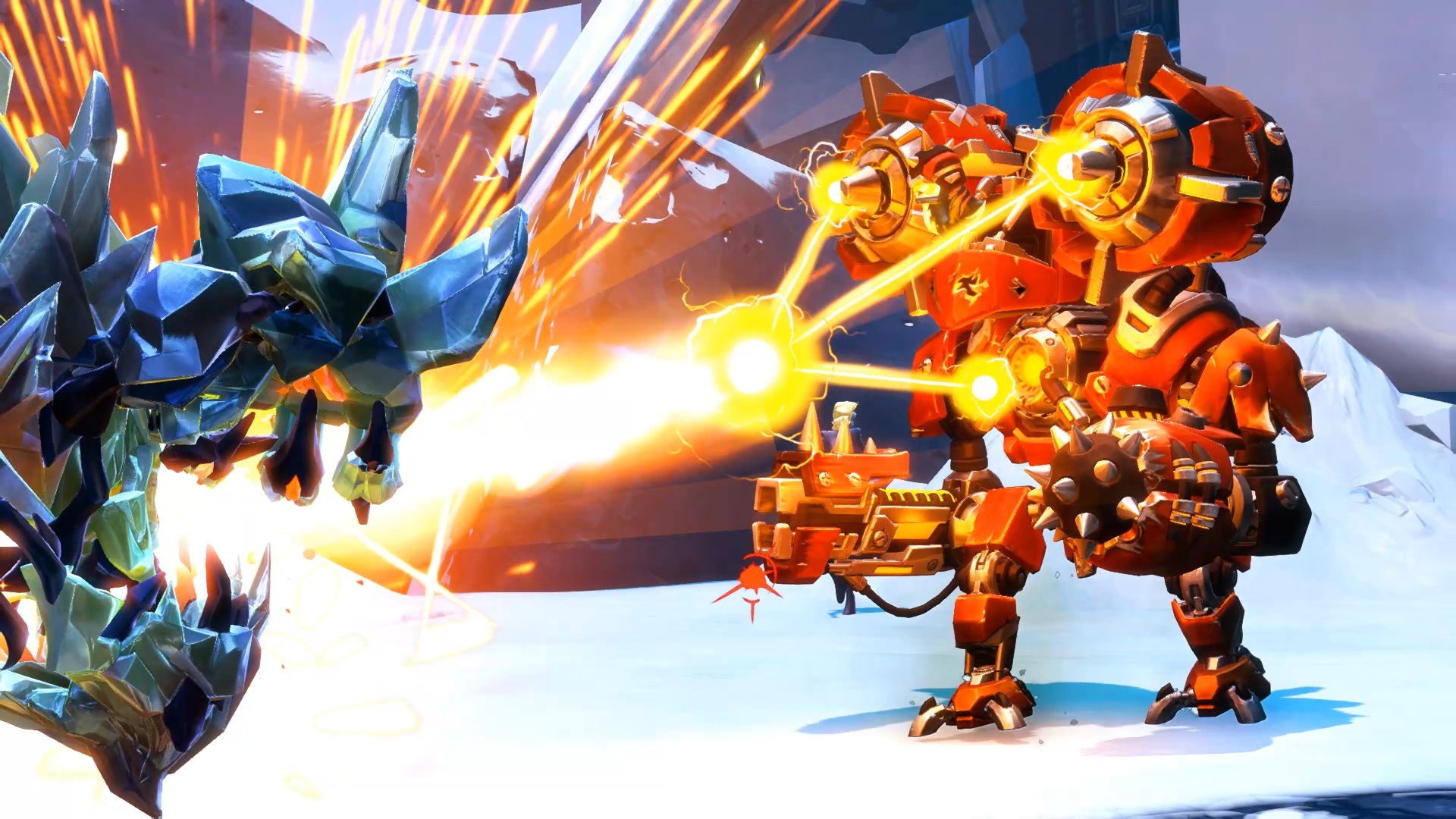 Now, people who bought the game already might be a tad miffed that they didn’t get an option to play for free prior to now. Gearbox is actually handling this pretty well, though, with their Founder’s Status program. When logging in right now, players who have bought and played Battleborn prior to today will find their profile laden down with all sort of goodies, including:

All of this can be seen on their respective pages in the Command center. If anyone logs in to their account and doesn’t see these items, 2K says to contact their support team. 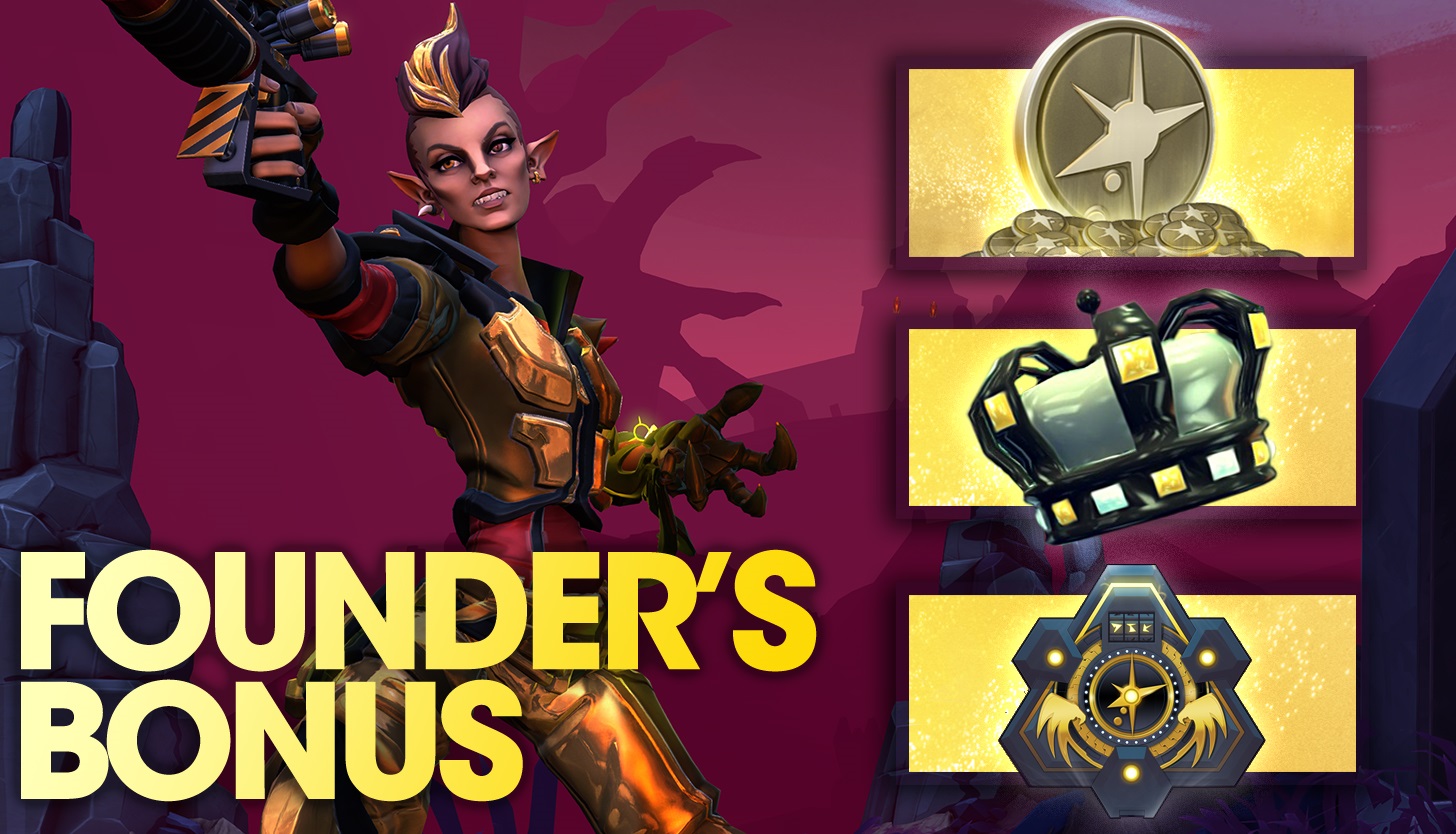 Finally, we have the addition of new Flair items. This is a new type of gear that cosmetically “enhances” a hero, in the form of ears, hats, horns and more to, sigh, “give them more attitude.” As this is gear, it will still need to be activated during the match by spending shards. Because you’ve got to spend money to make…a fool of oneself. (Confession: I’m acting like I’m too cool for school, but I just know I’m going to be playing around with Flair too much for my own good.) It is possible to Flair to drop from any loot pack, but it is guaranteed to be found when opening a Magnus Pack, which is a new type of loot back that has been introduced.

So, basically, the core gameplay of Battleborn, which is really, really good, is not being touched with this move to free to play. Instead, they are offering players a reason to try it for themselves without risking any cash in the process. This move also removes my utter disgust for the addition of the premium currency and microtransactions. It’s cool if it’s free to play, even if there is still an option to still buy it outright. This is the correct decision for Battleborn and I’m excited to see it happen. The player base is dwindling and fresh blood is desperately needed. Hopefully, this will bring the boys (and ladies, robots, fungi, etc) to the yard, because my base is better than yours. You see, because my Sentinel is still standing. That reference didn’t work…