Devolver Digital’s E3 “showing” was met with a whole host of emotion from the HG office. Shock, confusion, bewilderment, disappointment and embarrassment. Some of the nicer and less-expletive terms to describe — or at the very least decipher — what may go down as not so much one of E3’s “worst” moments per se…but definitely one of its more pointless efforts. Such was the volume of reaction from many of the site’s writers, we felt it necessary to have an exchange of thoughts and opinions both during and after the moment Devolver’s line of thinking this year slipped into complete asinine drivel.

Jordan: Satirical humour, while the easiest perhaps to replicate, is by no means easier to execute in an objectively entertaining manner. Compared to other branches of comedy or stand-up alike. Sure you could, in theory, spend the entire time simply throwing up jested imitations of your subject matter (isn’t that what most skits usually are?) but regardless of how authentic your performance or content might be, delivery, presentation and of course witty writing still stand as fundamental components no matter the context. It’s clear Devolver’s brief (very brief) “press conference” was meant, in part, as some sort of dig at the monotonously shallow corporate affair that most of the big presentations often slog their way into becoming year after year.

Kyle: So given this and all of the games in their pipeline, they could have made a pretty wicked, if low-budget, press conference. They even had Suda51! Can you imagine Grasshopper & Devolver teaming up? Peanut butter and chocolate! But…no. I get it. They’re the irreverent, anarchic guys. They have a sense of humor. Their mascot takes direct shots at the gaming industry, which is fun. But there’s a time to be serious, dammit. Not they couldn’t have had humor, but they could have scored a major blow for the indie scene. But they wasted it on what amounted to a cheap skit. Weaksauce. 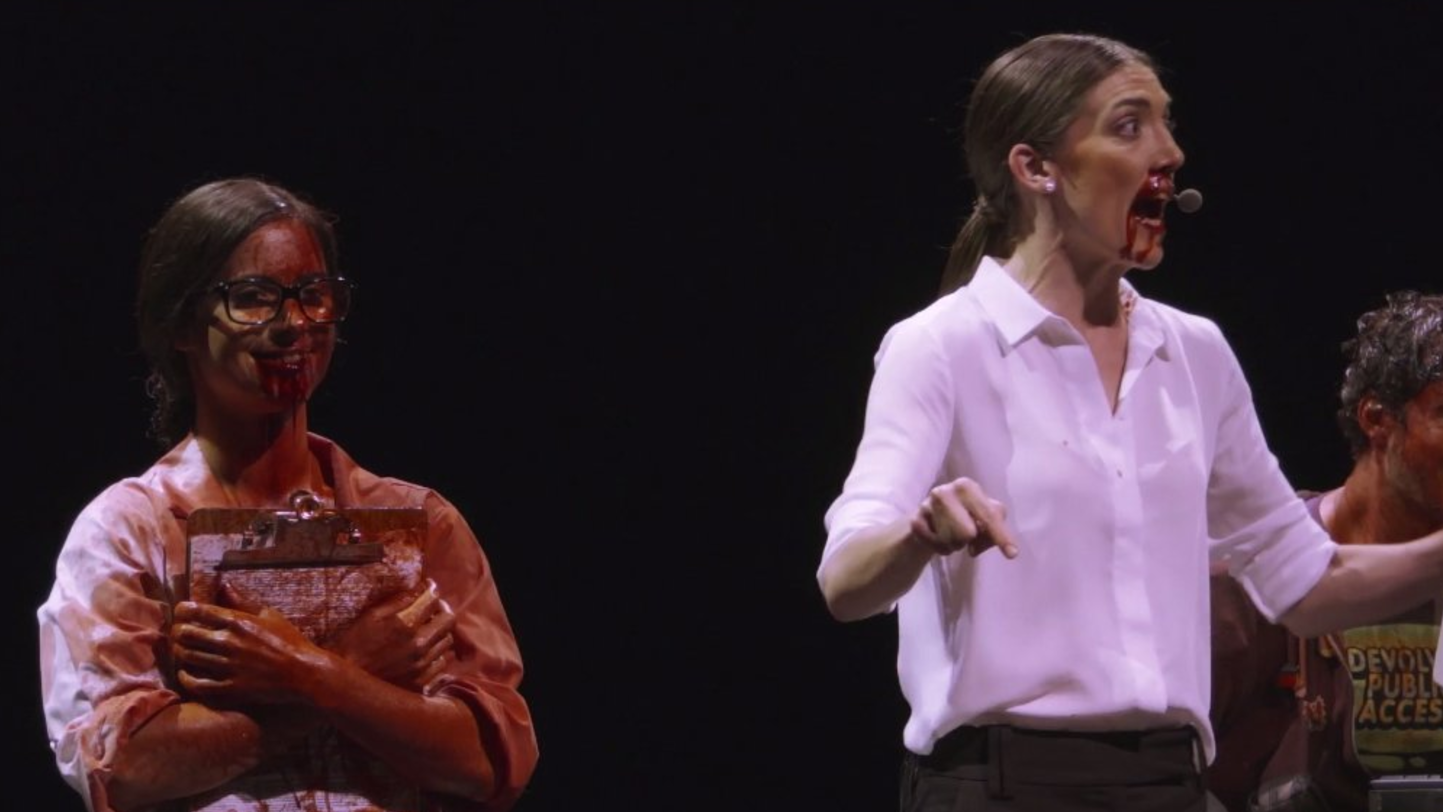 Jeremy: What in the flying f**k is this s**t? This has really killed my zest for life as a whole. This is so stupid.

Jordan: On paper, you can’t fault a publisher whose reputation has been built on advocating for the promotion of smaller, independant developers and games — some would argue — far more entertaining than their AAA cohorts, at least having a go. Even so, the announcement of Devolver Digital’s first ever E3 press conference, prior to the absolutely pointless drivel and cringe-worthy delivery of the content we actually got in its roughly twenty minute exercising of “satire”, was met, prior to broadcast, with genuine intrigue. Intrigue based less on the company’s attitudes, but more on its library and roster of supported titles. Devolver are of course wholly responsible for all the goodwill the community have showered and continue to shower the company with.

James: Ok, I laughed at “knuckle punch to the throat”.

Jordan: Indeed; outside of tinyBuild and maybe the odd non-AAA publisher, Devolver have established themselves as an almighty brand/identity within such a short space of time. They’ve been at the forefront of revitalising the industry from the side of indie devs and seeking to expand the palette beyond simply the necessity for AAA products/services/experiences. There was no need to lean so heavily on the groan-inducing corporate/non-corporate dealings that the likes of EA and Bethesda have recently considered the “hip new thing” to prove they’re down with the kids. 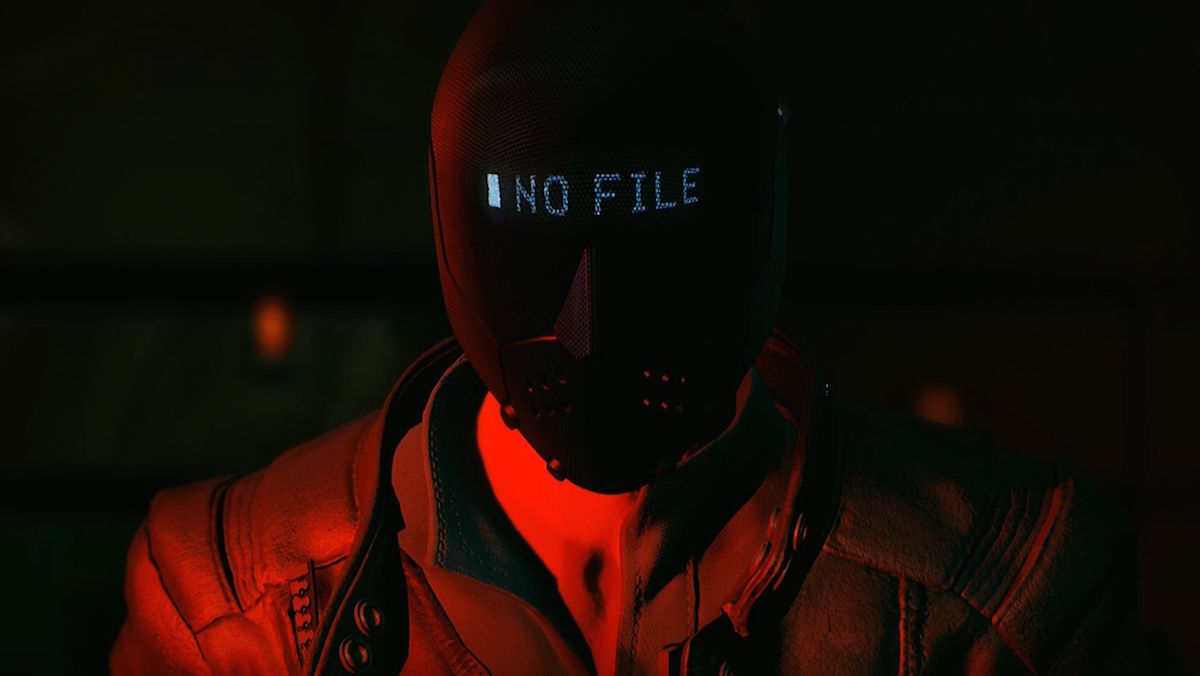 Nor do we we need pre-adolescent level “humour” spouted by seeming nobodies on Twitch; we don’t need punch-line stretched out minutes longer than what’s needed. The climax especially coming across as some meagre attempt to replicate the twisted satire of something like Black Mirror…but without any of the provocative messaging or indeed restraint to reinforce it. Sure you might claim that this was Devolver’s “trolling” moment, an intended “s**t-post” of epic proportions aimed squarely at everything that’s inherently wrong with E3. And yes, somewhere amidst the chaos and the dire delivery of its writing, even we could see Devolver’s anarchic intent shine through. Or rather burn through, like some skin-blistering sun-burn of the highest UV calibre. Did you forget about the very many interesting titles upcoming that some are genuinely intrigued by. Oh we got something Ruiner-related sure, but a vague “2017” date and little else to signify anything new or worthy to detail?

Beck: *proceeds to simply post a GIF; sums up our thoughts perfectly* I’ll take men in blazers over this any day.

Kyle: Jesus, we get it, satire. The problem is that a majority of this satire has been done to death already…we could have had Grasshopper & Devolver working together…but no.

Jordan: OK, let’s now consider the counter to all this. That of the other side — those whom may have looked at this and considered it not only enjoyable, but a thoroughly successful showing (if you can call it that) at E3 this year and smart move all-round. Some may consider this a troll, a next-level/next-gen s**t-post to end all manner of internet flame wars no message or image board can take. That this was Devolver simply taking the piss out of, if not E3 as a whole, then certainly the mediocrity of big company press conferences. 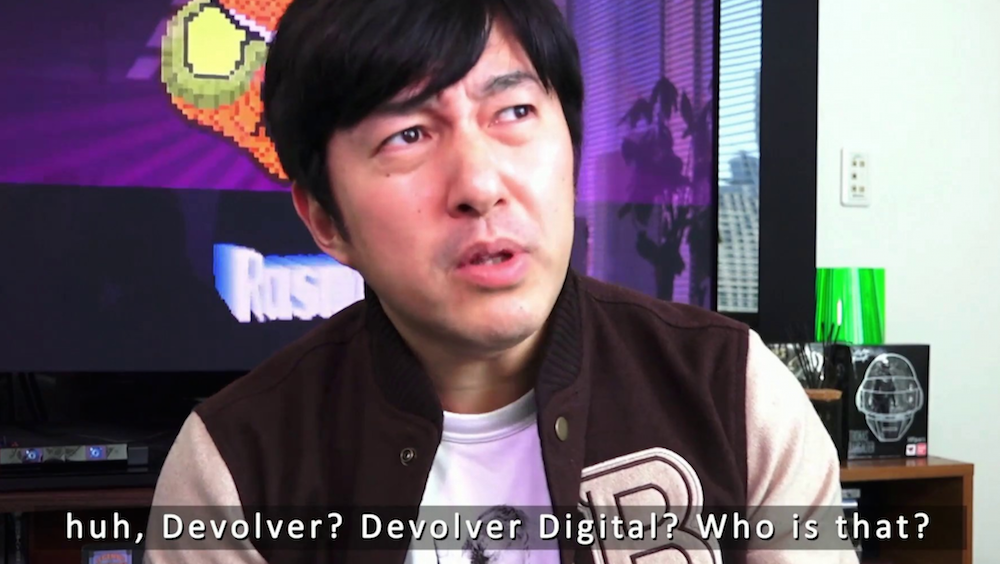 And yes, as stated, we’ll give it to Devolver for at least having a go at throwing E3 under the bus in a way that’s neither detrimental (to themselves) nor overly-indulgent. The problem is, looking at this strictly through the lens of game theory — that most lavish of mathematical branches that ironically isn’t focused on video-type games — I can’t help but feel that I’ve come out of this, taking all elements and factors into consideration, one or two figurative units (let’s say -2n to keep this math-speak going) lesser than what I came into it with. For those claiming this particularly satirical form of expression helped to shine a light on their brand to potentially new audiences, I ask you: who are these new audiences. The majority of people who likely tuned into this will be those already knowledgeable of not just the name, but of Devolver’s portfolio thus far, if not the understanding that what they’ve put out as a publisher over the past few years has been fairly top-drawer.

Devolver, though far from damaging, have dropped a rung or two in my perception  because of how much was lost over whatever was there to gain. The pre-pre-post-pre-mid-pre Twitch thing only cemented that mathematical outcome — at worst, proving even a publisher of this size and calibre aren’t immune to getting drawn into the trap of relying on the community for most of their marketing output. Yeh yeh, Let’s Play’s, YouTube, Twitch is the “big thing” now. If you want to focus on that, fine. Viewership sells, as does hype and the very many green-screen play-throughs with people whose only known skill seems to be sitting in front of a camera playing games.

But E3 was not the place to show this. Your multiple dead-horses masquerading as satirical comedy that needed just that extra joke or additional few seconds to further the punch-line, not to mention that appalling excuse for entertainment via your partnership with Twitch — lost all of its credibility the very second it commenced. Had I a few other writers, not been as big a followers of Devolver previous — and known about their current and upcoming games — this would have felt far more alienating. Time will tell whether I still want to associate names like Ruiner or Absolver as closely to that of the Devolver brand as much as I did prior to this excuse of taking up twenty minutes of our time. And yes, I can already see the very many complaints coming my/our way — “no fun allowed” and all that rubbish — and to my colleague’s defense, I am perhaps the grumpiest (to pluck a random temperament out there) member of the HG pack.

But as a whole, as a group, we just have to ask: Devolver Digital…ummmm…what was that?!