E3 2017 has had quite some hits, but something that’s likely been underappreciated is Nintendo’s slew of new platformers. During their presentation a new Kirby and Yoshi were shown along with a new trailer for Super Mario Odyssey. In the Treehouse event that’s still ongoing they started off with a demo of Super Mario Odyssey and dropped a new Metroid for the 3DS out of nowhere. Nintendo’s success has been ingrained on their platformers dating all the way back to Donkey Kong in 1981 so it’s always exciting to see their new platformers. 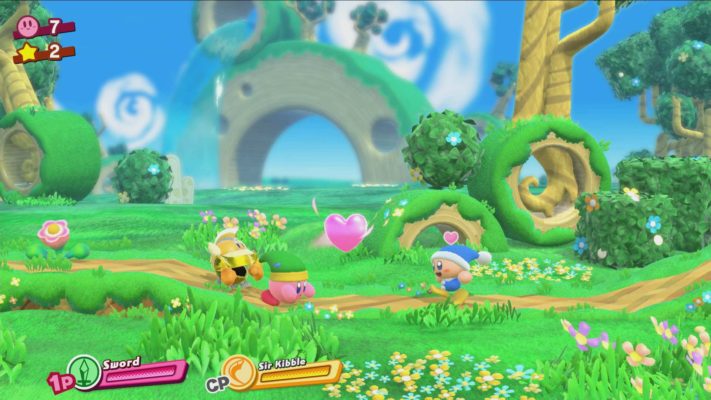 The Kirby shown looks akin to Super Star way back on the SNES. It maintains the traditional side-scrolling gameplay with the copy abilities. Abilities can be combined in this Kirby much like in Kirby and the Crystal Shards back on the Nintendo 64.  You can also recruit enemies as helpers also like Super Star, but instead of inhaling an enemy and then converting your copy ability into the helper, you inflict an enemy with a heart and they join your side. Unlike Super Star you can have up to three helpers on your journey.  The footage was very brief, but it looks standard and there’s nothing wrong with that. The Kirby formula hasn’t failed us yet. 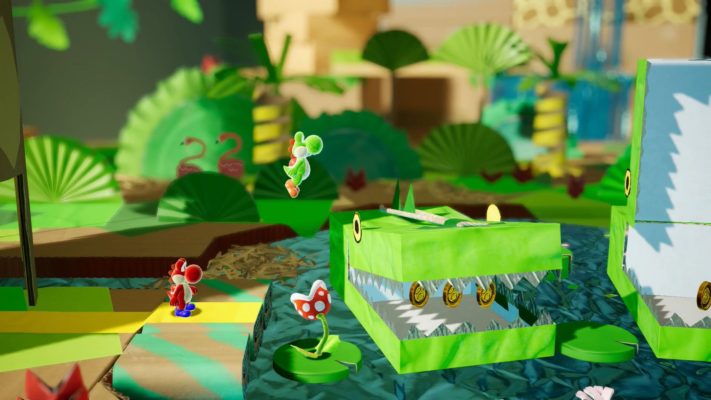 The new Yoshi retains the aesthetic of Yoshi’s Woolly World. I have not played Woolly World myself, but Creegan approves of it. Not a lot was shown off, but it too looks standard. The music isn’t doing much for me either, but Nintendo usually always makes solid games so this will stay on my radar. It is to note that both these Yoshi and Kirby games only have the name of the character in the title. These are most likely placeholder and will change once it gets closer to their 2018 release dates. 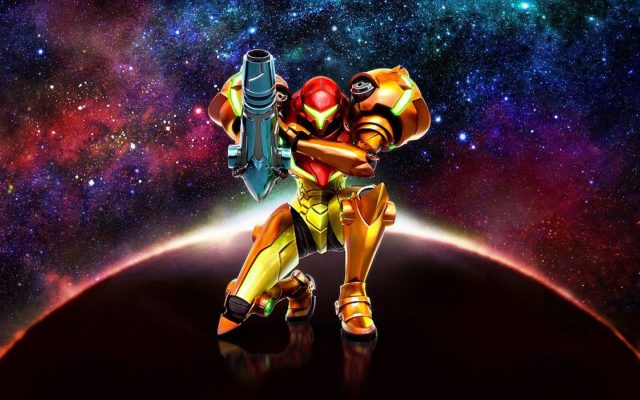 In their direct, Nintendo announced Metroid Prime 4, nothing was given but a logo, but we know it’s on the way. In the followup Treehouse Live event, a new Metroid game was simultaneously announced and demoed. This new Metroid dubbed, Metroid: Samus Returns is a remake of the NES followup to the original, Metroid II: The Return of Samus. This remake is being developed by MercurySteam and will be for the Nintendo 3DS. Samus Returns certainly looks engaging with its smooth movement and aiming her arm canon looks like it feels way better than it did in the 8-bit era. Samus now has a 360 degree free-aiming with her arm cannon. MercurySteam also gave her a counter which leaves the enemy vulnerable allowing Samus to get in a free hit. It looks satisfying to pull off especially against the boss shown off in the demo which activates a sort of mini cinematic attack.  The bottom screen also has the map which comes especially handy with Metroid’s large and non-linear level design. It looks to be a good game and we’ll see if it is when it hits September 15.

Lastly, the big game of Nintendo’s show is Super Mario Odyssey, the latest entry in the mainline Mario series. We first saw Super Mario Odyssey during Nintendo’s Nintendo Switch direct back in January. A lot has changed since then. Mario’s cap is not only a weapon, but a tool to take over and possess enemies and objects in the world. This allows Mario to gain abilities he wouldn’t have otherwise and to traverse areas normally out of his reach. The levels in Odyssey seem to be shaped after Super Mario 64’s design in which they are non-linear and you have objectives you can tackle in any order. Unlike Super Mario 64, you’re not kicked out the level once you reached that objective. You can collect that Moon and keep on going. Odyssey looks to retain the polish that Nintendo is known for. The level design is simple and varied and movement looks fluid. The cap store which allows you to buy hats, clothes and other objects seem like it provides some replay value if only for the cosmetics.

The levels also appear to be huge so it looks like there will be plenty to keep you interested. We got a brief look at a new level too which features dinosaurs and Mario possessing a T-rex sporting his famous mustache and hat. This is something I definitely want come this October. These three Nintendo platformers look to exuberant what I love about Nintendo and they will all be something to look out for.