Look out on the horizon of video games and something is just beyond, driving games. The last few years have been nothing but good for those who love to launch down digital streets. Whatever one’s fancy. Whether it be racing on cross raced hundreds of times before you, or tearing through mud in a forest with a cliff to your right accompanied by a sheer one-hundred-foot drop, your co-driver telling you what’s three steps ahead, the cliff is yesterday’s news. Driving games, do one thing really well — they exhilarate. Gran Turismo Sport is no different, but it drives with its own engine.

With games like Forza 7 and The Crew 2 also having been announced at E3, it’s stiff competition. Or is it? While the comparison for all thing’s similar in gaming will always be made, i.e. Call of Duty vs Battlefield, Xbox vs PlayStation, etc… the point is, Gran Turismo Sport is just happy to drive. Which is its biggest selling point. Gran Turismo Sport (now the seventh iteration in the series) is taking all the time it needs to be the best possible driving game it can be. It’s taking a quitter approach to racing, allowing the player to enjoy what they are doing, while also having fun in competition. 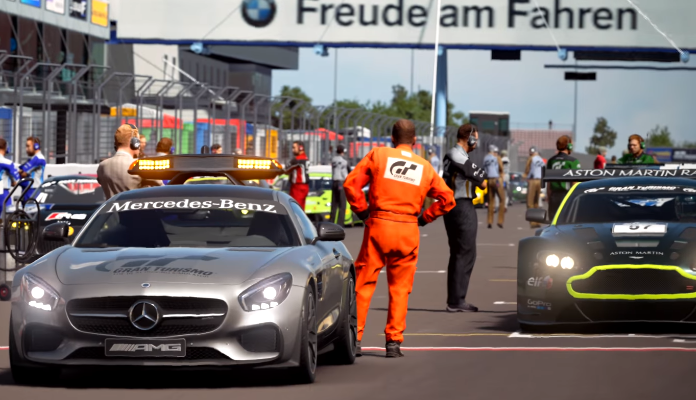 The online mode has received some much-needed attention, but is not a direct result of shifting focus away from single player. Gran Turismo Sport will be accessible for everyone no matter what ones racing style is. It puts players in the driver’s seat and says, look at what you’re doing, this is exhilarating. Spread across 15 locations with 27 different tracks each, there will be plenty to achieve in Gran Turismo Sport.

Gran Turismo has been known as a series that can draw a hard line on rewarding players. A frustrating feature among many fans, seeing as other games seem to reward new vehicles and other rewards quickly. At the moment, the design of the reward system is still being tweaked for balance, with no official comments being made on what can be expected. While it would be enjoyable if this feature were improved, even slightly upon, it shows that Gran Turismo is just doing its own thing. It takes the high road while other take the low, it doesn’t matter the direction. 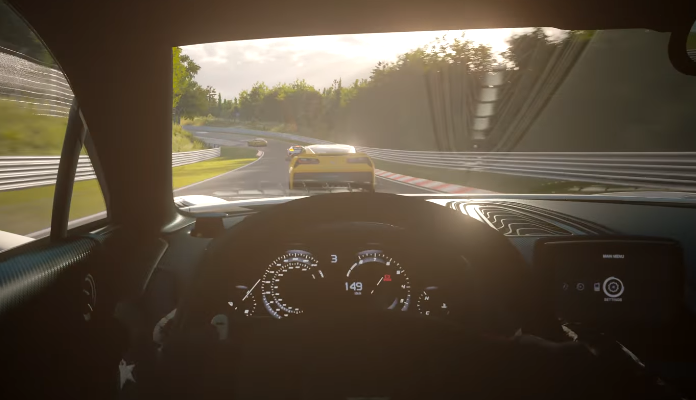 For now, Gran Turismo Sport will continue to see stress-tests, even having the beta at E3. Serving exactly as a beta should, it is not a demo, but there to see what new systems in place are doing and seeing how far things can be pushed. Polyphony Studios learned a lot. Gran Turismo Sport has been in development for some time (since the PlayStation 4 was announced) but it looks to be paying off.

Gran Turismo Sport runs at a sold 60fps, 4K, HDR and Wider Color — all adding up to a gorgeous looking game that handles just as well. Gran Turismo has built its name on quality over the years and this is a complete comeback.