It’s the general consensus that the first Mega Man Legacy Collection is all that is needed for Mega Man fans. The original, of course, came packing the six original NES Mega Man games in pixel perfect form along with a host of challenges and a comprehensive museum of concept art for bosses, both included and unused, as well as all sorts of other oddities to peruse. There was a general tone of disappointment with the announcement of the contents of Mega Man Legacy Collection 2, mostly because it wasn’t a Mega Man X collection. This is a point that can be understood, since both 7 and 8 are generally considered the weakest of the series. The inclusion of 9 and 10 adds to the pile, but since these are reasonably recent releases, enough time hasn’t passed for nostalgia to be built. Plus, with this intended to close out the mainline Mega Man series, forgetting to include Mega Man & Bass was meant with much wailing and gnashing of teeth. One could even point out that Mega Man Soccer and Mega Man Battle & Chase’s lack of inclusion is somewhat glaring, even if they wouldn’t see much serious play. These are valid complaints, to be honest, but instead of dwelling on what isn’t in Mega Man Legacy Collection 2, let’s discuss what is.

I am, admittedly, an oddity in that I truly believe that both 7 and 8 had their merits. In fact, I’m willing to go so far to say I enjoyed them. The eighth installment does include those reprehensible snow and hover boarding segments, and 7 was a bit off the mark with what made the first three games so highly regarded, but they remain solid platformers in my book. Getting hands on with the new Legacy versions, it is safe to say that the translations are in good hands. Both titles look and feel exactly as I remember, with smooth controls and eye catching pixel art. Well, that’s not 100% correct. When I started playing, the option for scanlines was turned on. Not to go on too much of a tangent, but while I acknowledge that these lines were present when I played these titles back in the day, they are not something that I recall or cause any nostalgia. After turning this option off, the graphics were crisp and clean, and brought the memories flooding back. The different option borders to skin the games also evoke a warm feeling. Bright and colorful, I’d be happy if I could use these on other titles that use the the old 4:3 aspect ratio. 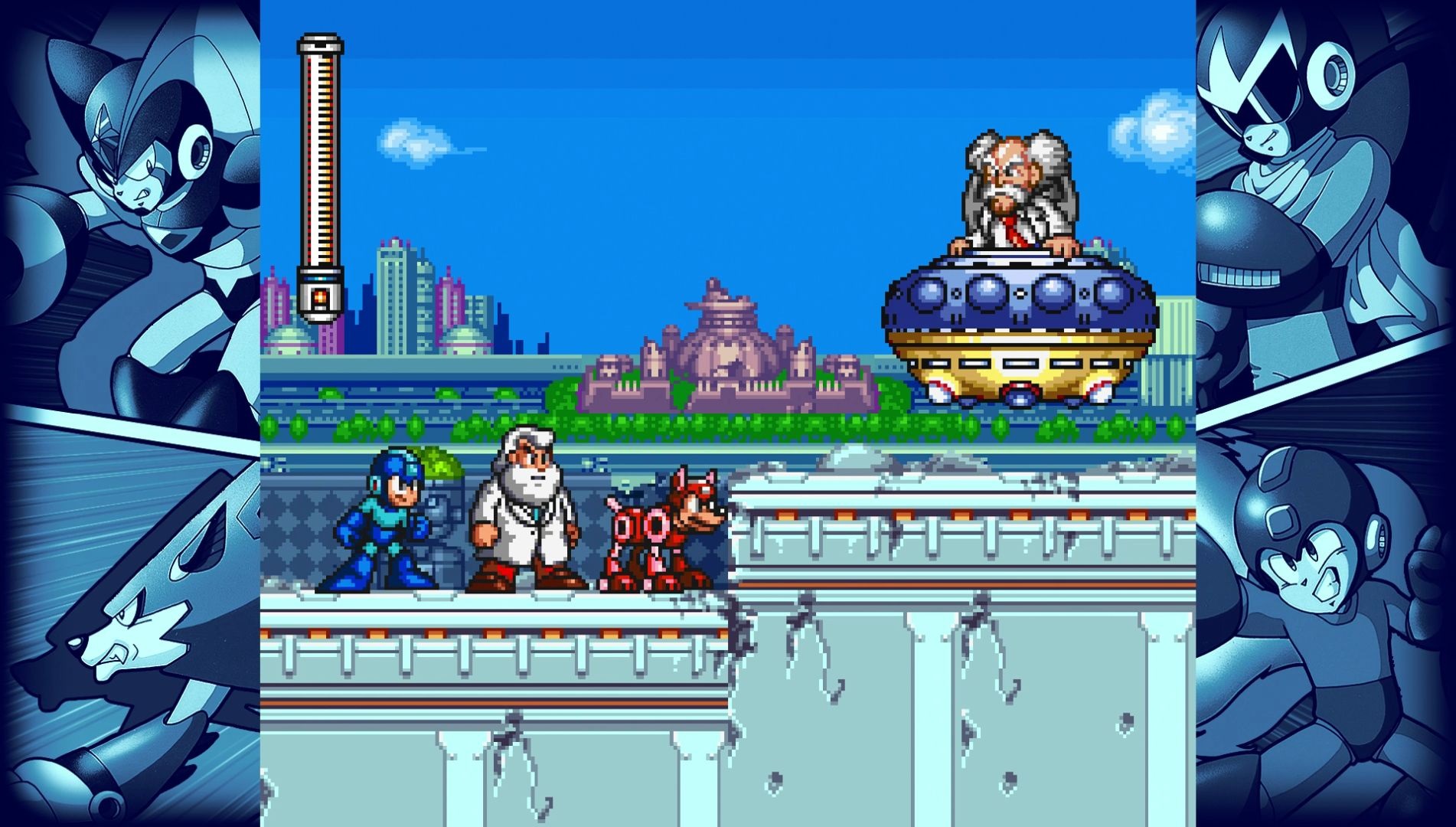 As previously noted, nostalgia isn’t a factor when it comes to parts 9 & 10. Nine remains just as good as it originally was when it released back in 2008, which doesn’t feel that long ago. It is also just as controller shredding. That’s the funny thing about checking out the contents of this collection in rapid succession. Playing in order went from slightly challenging with 7, much easier but with a campy charm in 8, to a solid punch in the face when booting up the ninth installment. When they originally put part 9 together, they worked hard to capture the difficulty of the first game, with the results crushing the ego of any player that thought they were badass because they could complete 2 and 3 in only one life. Part 10 is also rather decent. I fervently believe that the negative opinion that surrounds that title was simply because it followed up on part 9 a bit too soon. It should be noted that part 10 was not accessible in the build available at the show.

With the emulation in good order, it should also be noted that the museum and challenges that gave the first Mega Man Legacy Collection teeth are present here, and just as worthwhile. My personal hope is that the challenges for 7 & 8 will open the eyes of players that derided these titles in the past, as this mode is the perfect opportunity to showcase the setpiece sections that the SNES and PS1 duo contain. Plus, with bosses like Clown Man and Junk Man, it will be interesting to see what was deemed too silly to include. 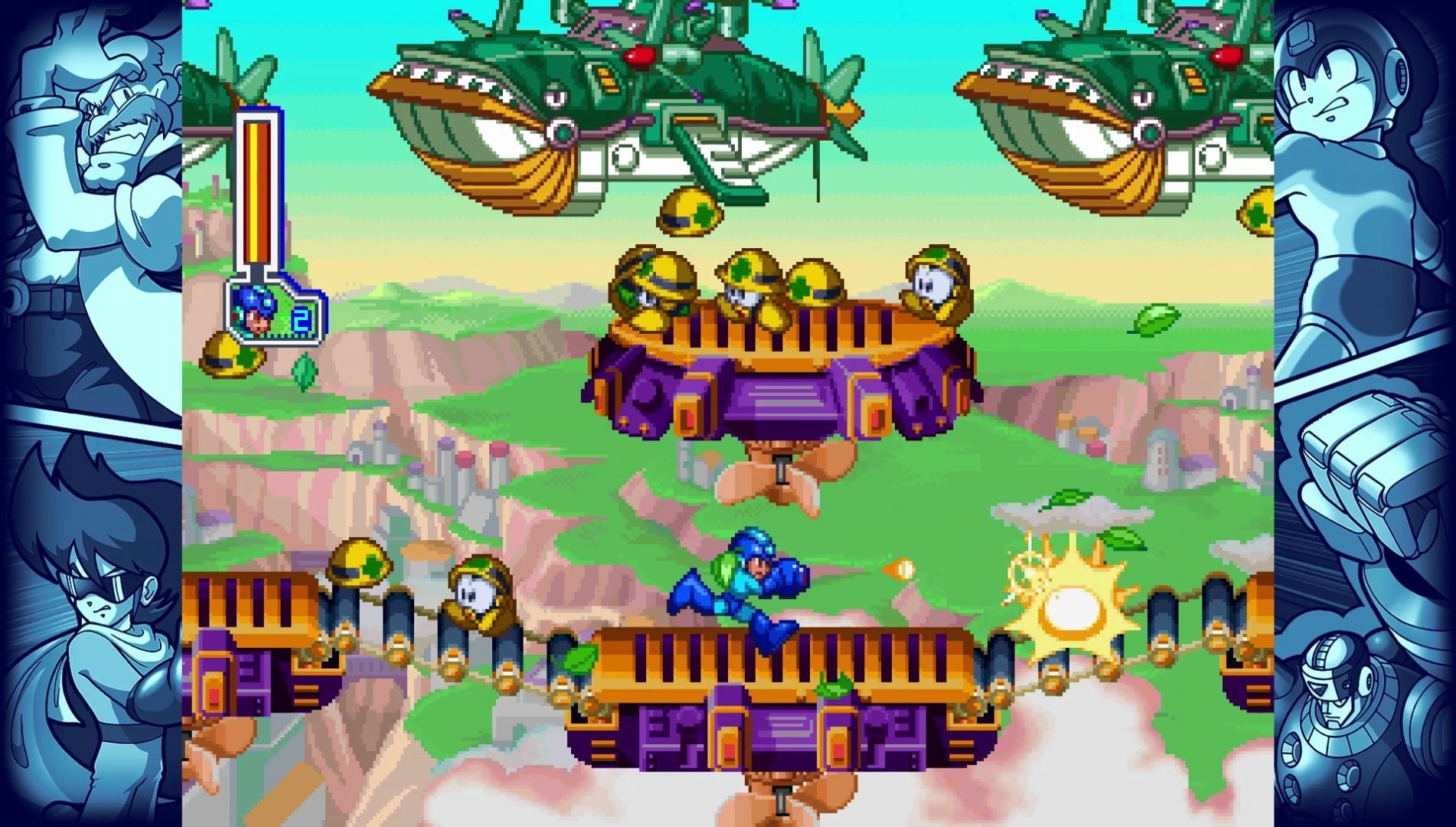 After my time spent with Mega Man Legacy Collection 2, my advice to fans would be to relax. Two of the games are better than remembered, with 8 having some portions that can hang with the best sections found in the original sexology. I’m also really happy to have a chance to be able to obtain the previously digital only 9 & 10 in a physical form for my collection. What is here is being handled with respect and care, which is all that anyone can ask. It is also time, however, for Capcom to get cracking on the Mega Man X Legacy Collection. Make it happen. (Please?)