It seems wise to preface this with a quick confession: I’m terrible at fighting games. This isn’t to say I don’t love the genre. The Guilty Gear series is unbelievably fun, Skullgirls is simply gorgeous, and, for all the shade that can be thrown at its roll out, Street Fighter V has one of the best fighting systems on the market. It’s just when I go into versus mode, I get stomped to a fine paste. That’s okay since I’m still having fun. The introduction of more robust single player content that studios like NetherRealm has been utilizing, including full fledged story campaigns, has been like heaven. It gives me a plot to follow as I slowly grow my skills at the game and the challenge modes help refine them. With Capcom’s move to add a full story to Marvel vs Capcom: Infinite, I thought that this would be the ultimate genre title for me. Marvel is awesome (well, the movies. The comics have gotten really bad, but that is a conversation for a different time.) Capcom has a host of fun characters. The MvC games have been fast, albeit simplified, fun. This game should be perfect. After my hands-on time at E3, however, it seems that it’s not.

Now, with a fighting game story mode, campiness is to be expected. Nobody is going to argue that Injustice or Mortal Kombat featured top of the line dialogue and plotting. What they did offer up was a healthy dose of cheesy fun and, in the case of Injustice, a decent amount of drama. The writing here couldn’t even attain that level, lacking any sort of wit or verve. It was like the script was written by a nine year old, with the exception of a thinly veiled dong joke at Arthur’s expense. (To be fair, the last could be argued away that they were saying that he was a small person in general, but the phrasing indicated the true intent.) The heroes were teaming up to fight of the hordes of foes created by Ultron Sigma, an amalgamation of Marvel’s Ultron and Mega Man X’s Sigma. The protagonist’s end goal was to rescue the one person who could give the information needed to defeat the enemy, leading to the only interesting moment in the demo, when the prisoner is revealed to be the ultravillian Thane. 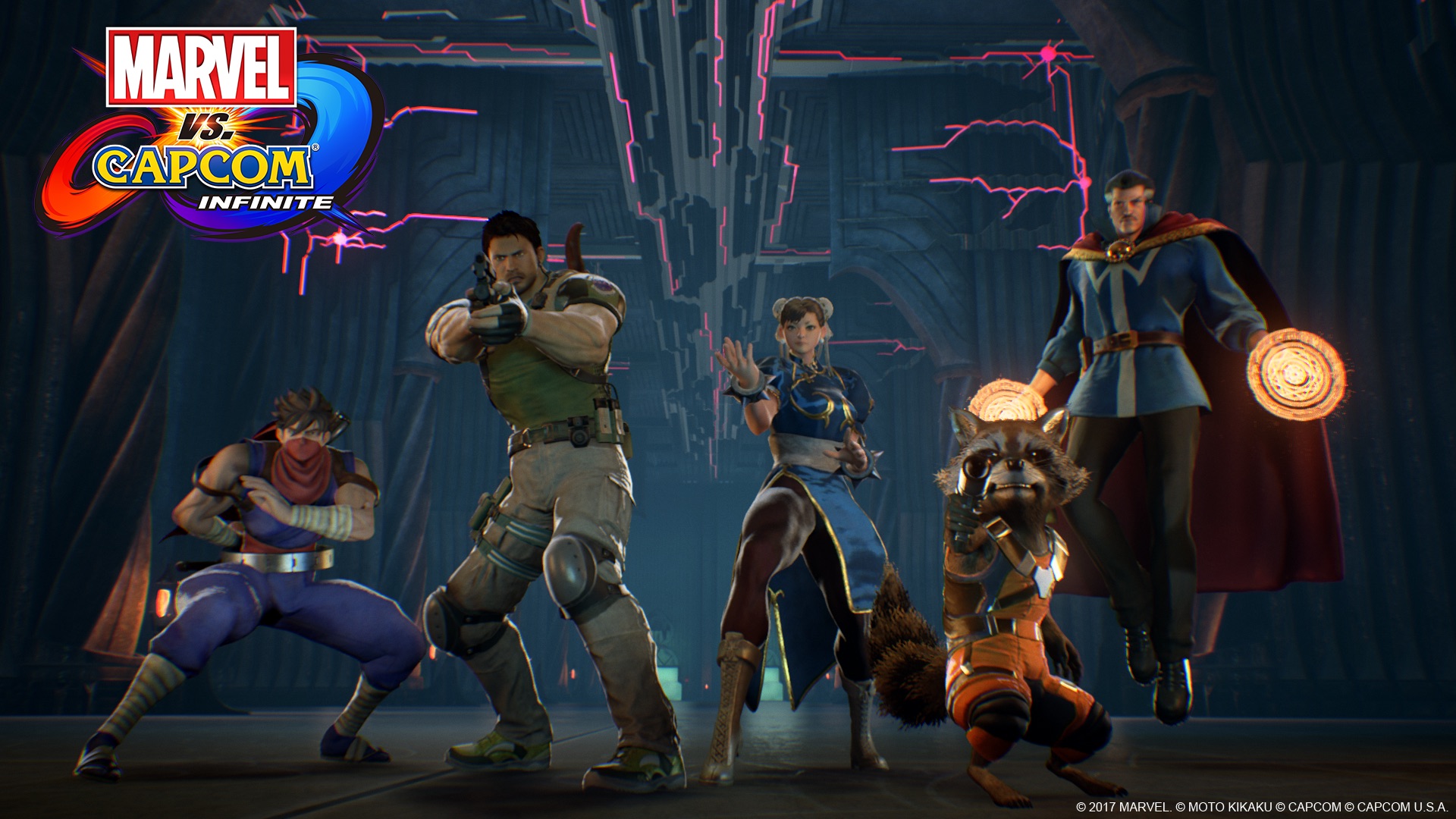 Still, a poorly written story is one thing, and it could get better as the game goes on. What is more locked down is the fighting game system. Whereas previous iterations were zippy and adrenaline fueled, with more of a focus on timing than dexterity, Marvel vs Capcom: Infinite feels slow and ponderous. Everyone moves like they ate too much, with counter timing windows opened wider than the gates of Hell. Pulling off combos and such is a bit too simplified, with the feeling of skill and accomplishment stripped out. Frankly, the battles were just plain dull and joyless. Not one character played particularly well, leading the game to feel like a bland fighter with a AAA level of money thrown at the title so it at least looks good in screenshots.

Apparently, this lack of quality translates to versus as well. Though I didn’t throw down against a human player, I was fortunate enough to witness a few conversations among pro level tournament fighting game players as I waited for other appointments. The universal buzz is that the ponderous nature of the brawling and the dumbed down mechanics was leaving a bad taste in everyone’s mouths. I appreciated the vindication, since I can be wrong about this type of thing. This is a game that requires a major reworking before it can hang with the other games in the series. 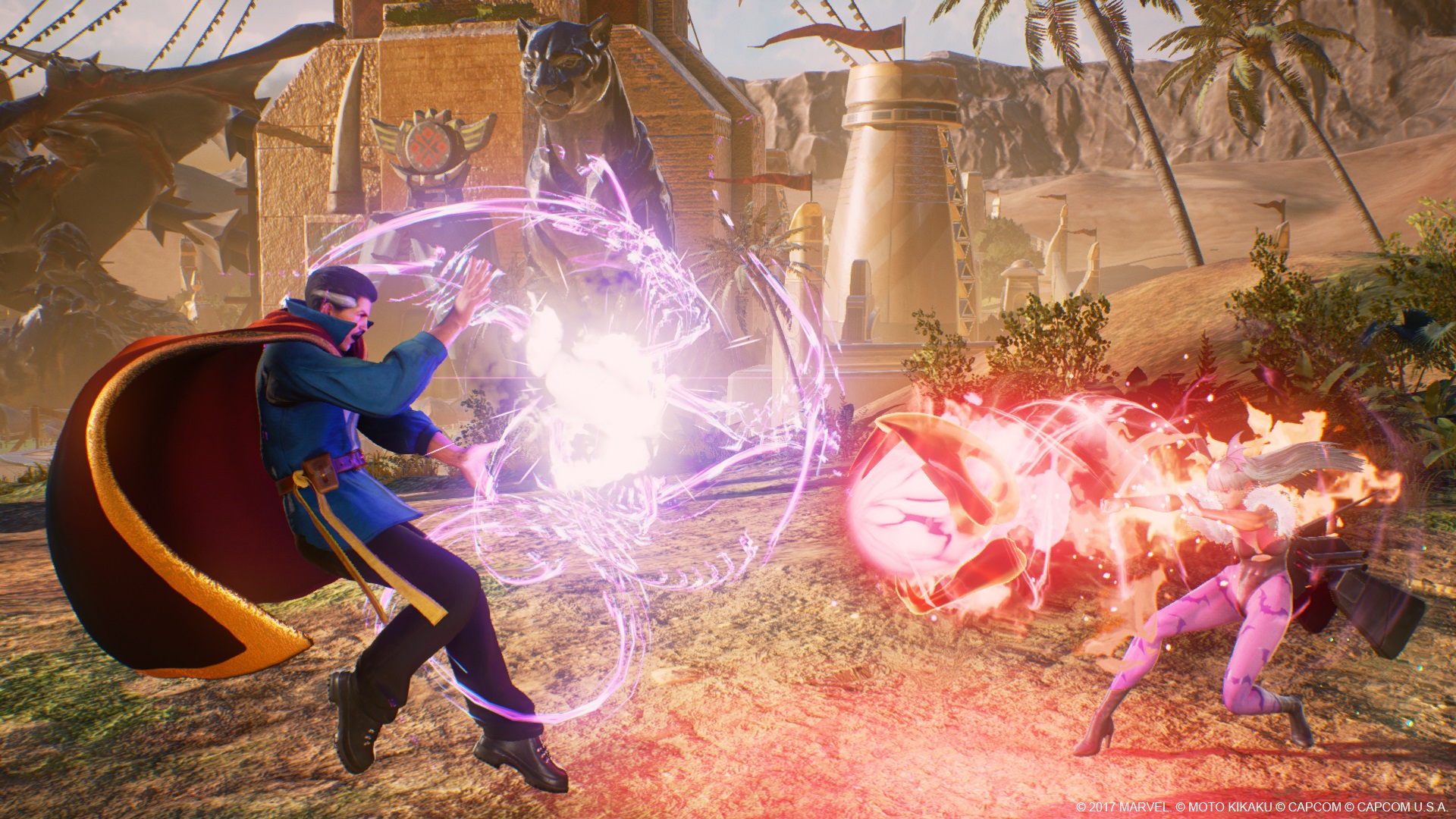 The reason I explained my lack of talent at these games is to illustrate a point: Capcom is intentionally simplifying Marvel vs Capcom: Infinite in order to appeal to the masses, those who might be intimidated by a more technical fighter. This was a bit foolhardy as the series was never a showcase of interwoven systems that created a deep experience and it served the casual audience just fine. Also, when someone who doesn’t excel at fighters, like myself, finds the game to be missing depth, there is a major problem. I could still be wrong. The conversations I witnessed might have been between folks too damned leet for their own good. Fortunately, Capcom released the story demo for free, so anyone reading this can check it out for themselves and form their own opinion. Just be ready to be underwhelmed.