I am unreasonably excited for Danganronpa V3: Killing Harmony. While the Zero Escape series softened me towards the idea of visual novels, and they are quite good, it was the first Danganronpa, subtitled Trigger Happy Havoc in the states, that made me fall in love with the genre (with apologies to Phoenix Wright). The enigmatic villain, Monokuma, was equally annoying and endearing, helping to create a feeling of surreal dread that shot through the story of high schoolers trapped in a murder game, while also injecting a dose of humor. Seriously, an adorable and snuggly little bear like him just makes the dire situation all the more screwed up. The humor portion is extremely important as it’s easier to build a connection with a character in a comedy than a drama. For example, Shaun of the Dead was more intense simply because I cared about the goofy heroes more than a straight horror movie.

So, after the second mainline title took place on a tropical island, one wonders where to go next. Much like the Rodney Dangerfield movie, the answer is back to school, where a sloth of Monokuma’s reign. (Animal keeper wife note: Per the Oxford Dictionary, that’s what a group of bears is called.) Once again the students are forced to murder. Only now, if no one is dead in two days, everybody will meet a beary grizzly end. Kill and not get discovered, and the guilty party can go free while everyone else dies. If the actual culprit is found out, they will face an ironic execution while the rest of the classmates look on. Now, the demo at E3 intentionally avoids spoiling any of Dangaonronpa V3’s final story, instead telling a stubby, alternate tail to whet players appetites. It has been announced that this same demo will eventually be made for a free download for everybody, with the ability to transfer the save data over to the final game. 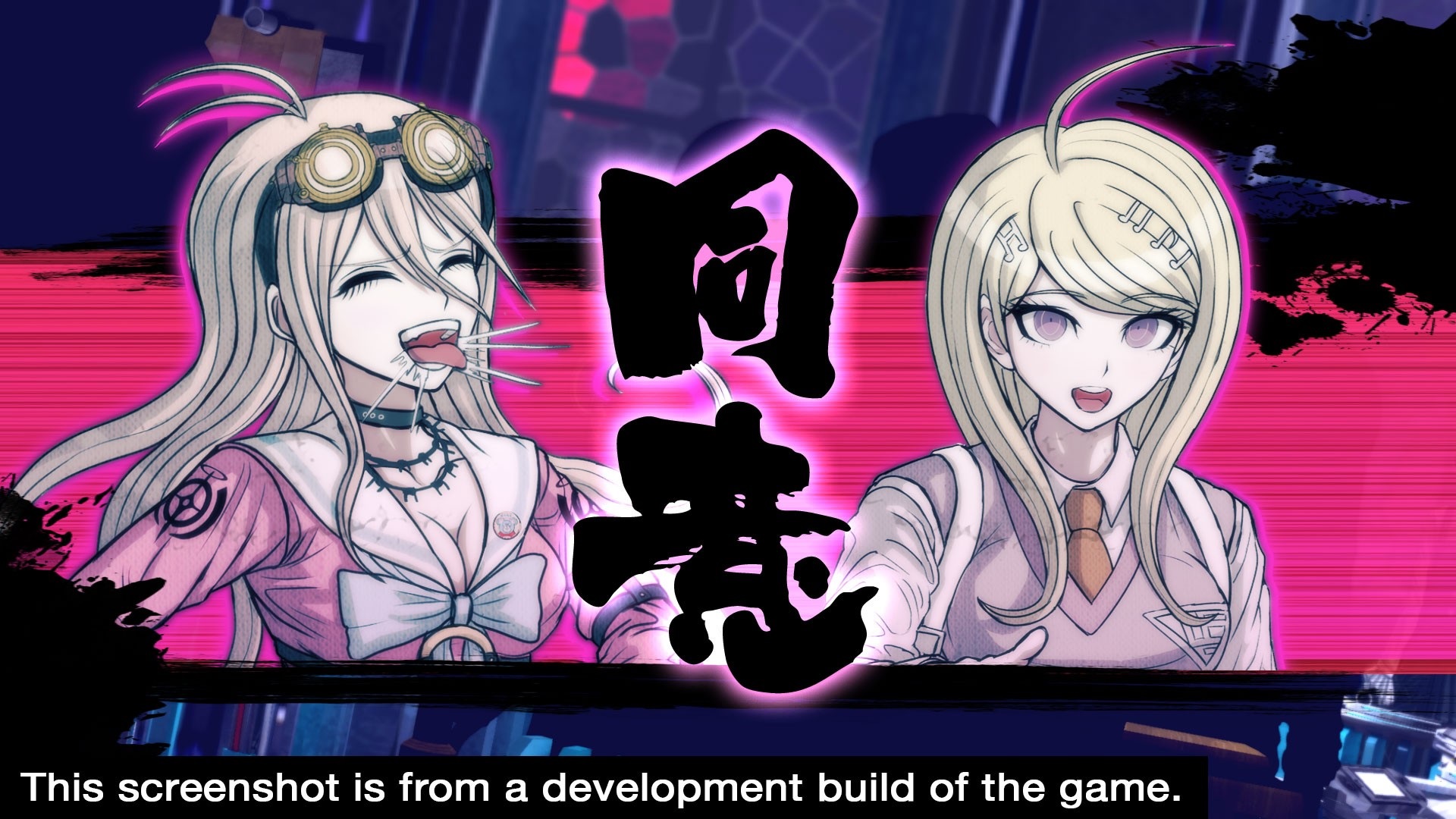 The vast majority of the story was kept under wraps when I spoke to David Kracker from Spike Chunsoft, though he did promise that it will not disappoint. Especially the ending. He did, however, give some information on new gameplay features during class trials, when the player must help determine the culprit of a murder. First comes in the form of Lie Bullets. In previous games, the player will pour over arguments made by classmates, looking for a discrepancy in the logic, firing a Truth Bullet at the offending idiocy to correct the record. In addition to this, now, are the Lie Bullets. The logic of a classmate might be sound, but might still lead to the wrong conclusion. Thus, the player must lie to steer the conversation in the correct direction. Honesty isn’t always the best policy, it seems.

Two other new features include the Mass Panic Debate. Here, three characters are on screen talking at once, typically freaked out at the circumstances. It is vital for the player to sift through the noise to pull out the pertinent information. Additionally, there is the debate scrum, where members split into two teams to argue with each other. 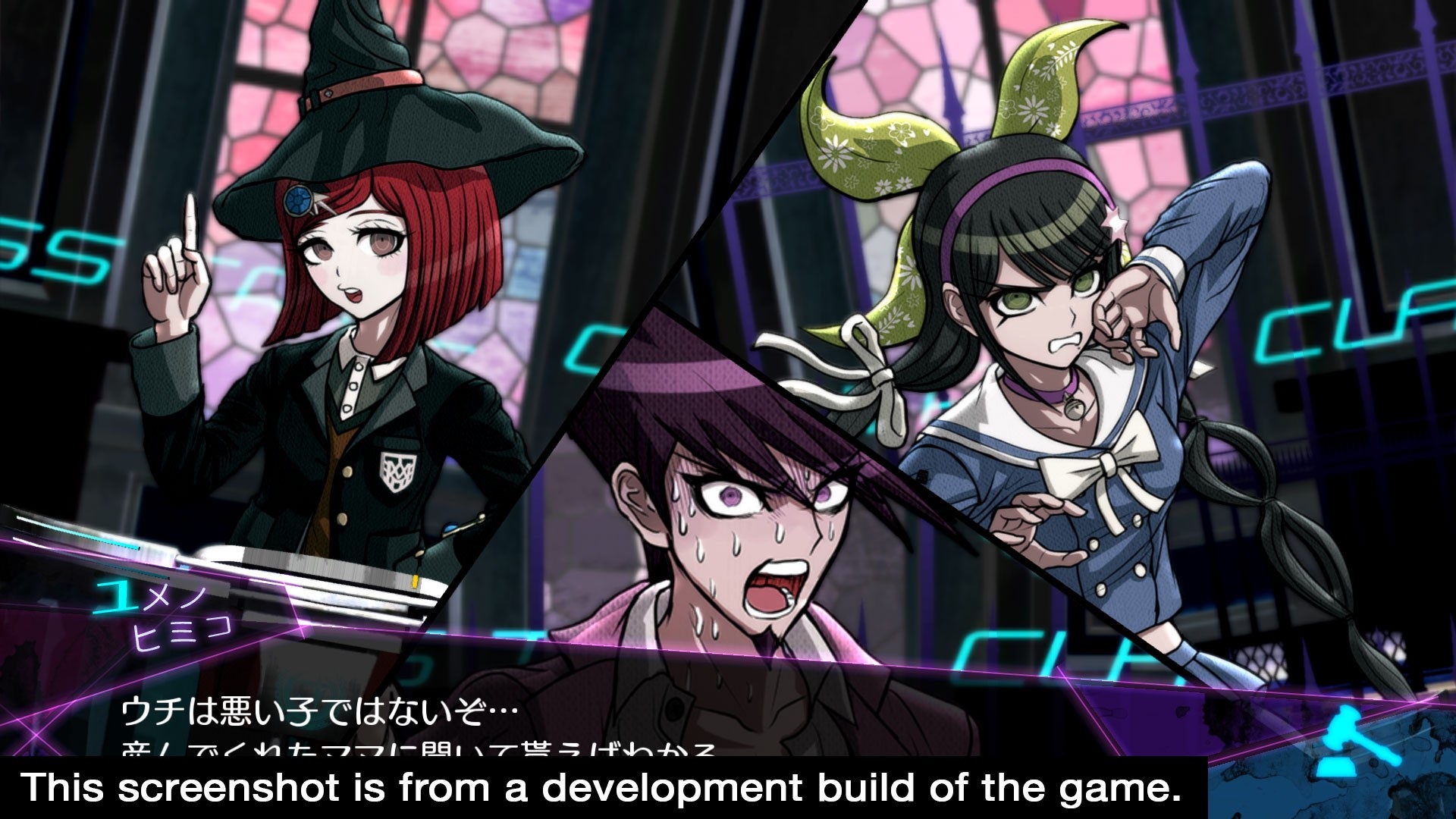 All said, based on the demo on the floor and these new modes, this latest Danganronpa looks to be one of the better written and drawn games in the genre. The stylistic visuals pop off the screen better than before, character models exhibit better details, and the interface has been redesigned to be more user friendly. It’s certain that many players will paws to take screenshots. The writing promises to provide more wit to contrast with the dark tones of the story than the series has seen previously. Either way, I am ridiculously excited to see the next chapter in the Danganronpa story. It’s about time we see what happens next.