It’s not exactly a secret that as a species we have not taken the best care of this wet blue rock we call home. While some of us are taking steps to repair or at least slow down the damage we are inflicting on this planet, the realists of the world have accepted the fact that we have brought our own extinction and everything is FUBAR. Since reversing the trajectory of the planet’s demise is impossible, the best option is to go the route of the metaphorical white board and find a planet with a clean state to jack up from scratch. The poor victim in this case happens to be Mars.

Survivng Mars is a game about, well, surviving Mars. The goal is to build a thriving human colony on this red rock and somehow get things like oxygen and water and whatever else you need to keep people alive. Surviving Mars plays like a sci-fi city simulator where the player gets to construct and design their own colony and find ways to sustain it such as creating oxygen generators, mining for water and minerals, and finding a way to cultivate food on Mars. There are some hazards like sandstorms and trying to figure out how to keep a steady supply of oxygen, but you should have been aware of these challenges when you signed up to create a new society on a distant planet that isn’t designed for human life. 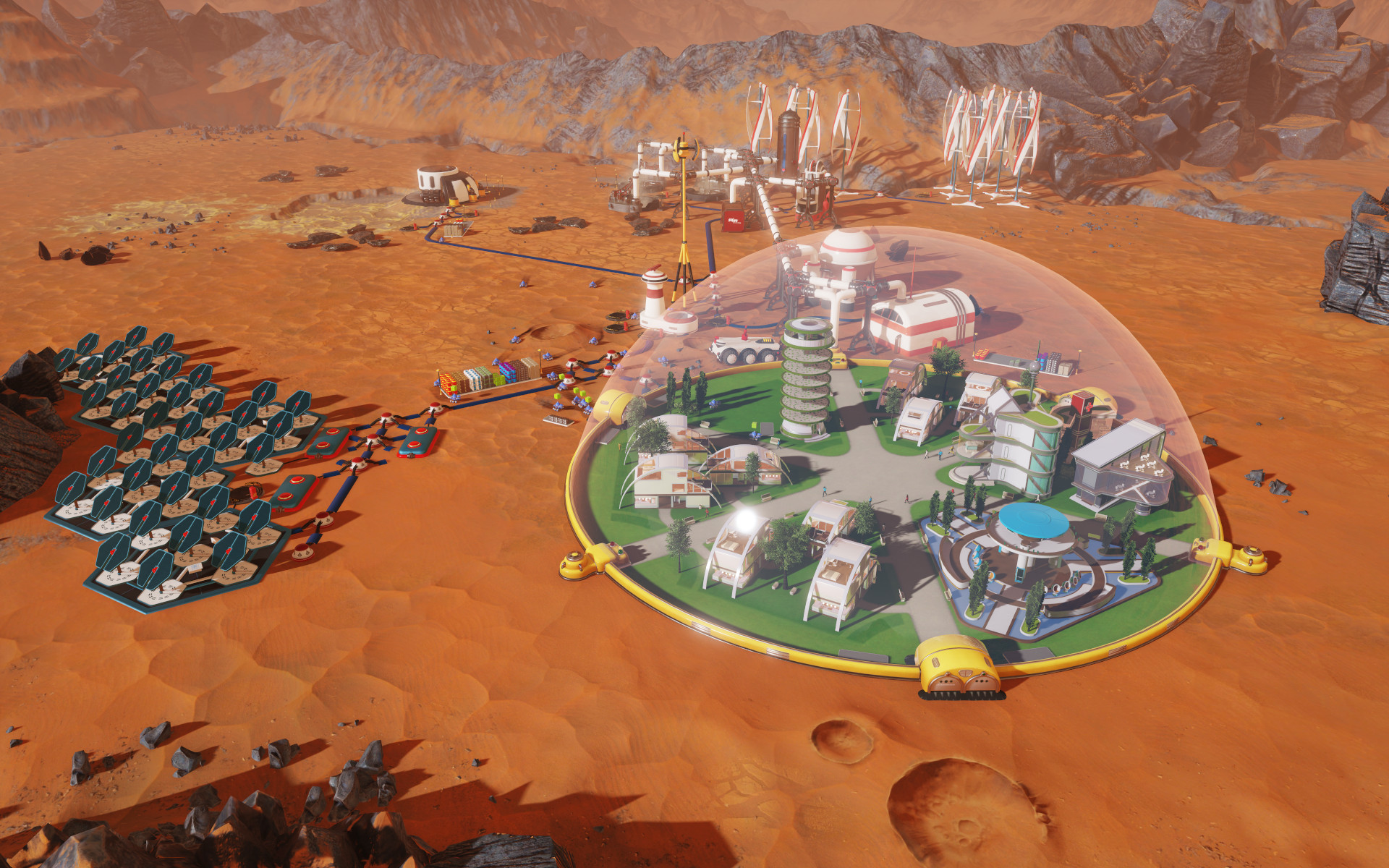 Pessimism aside about surviving on this barren wasteland excuse of a planet, Surviving Mars does have a lot of potential to be fun. Like most civilization building simulation games, one of the fundamental aspects is making sure the society has a viable infrastructure, so having people on Mars that are capable of being employed in careers that can assist with this is useful. The domes people inhabit need to be able to have oxygen, water, and food. And power. Not having adequate power can be a very bad thing on Mars. On Earth when the power goes out, most of us just suffer boredom from not having access to some of our electronic toys. On Mars where oxygen generators are a thing, a power outage could be slightly worse.

Where Surviving Mars gets really interesting, at least in this writer’s opinion, is when we get into the colonists. Each colonist has their own individual personality and abilities. Having scientists can lead to uncovering the mysteries of this alien world and developing technology that can better the world. Or the colony could be composed of idiots or alcoholics, which might not be as likely as reaching a futuristic utopia. Some people have played The Sims, and have played it in ways it was not intended, such as intentionally bringing an early death to the Sims like a twisted sociopath (Editor’s note: You live in a house of glass). It was suggested that players take everyone they can in their Martian colony when they are not experienced with the game because they tend to die pretty easily, but once they get some experience they can select what type of people they want. And they may also choose to do rather not nice things to their colonists or try to experiment with turning brilliant scientists into barflies. The player is free to treat Vilos Cohaagen as a role model here. 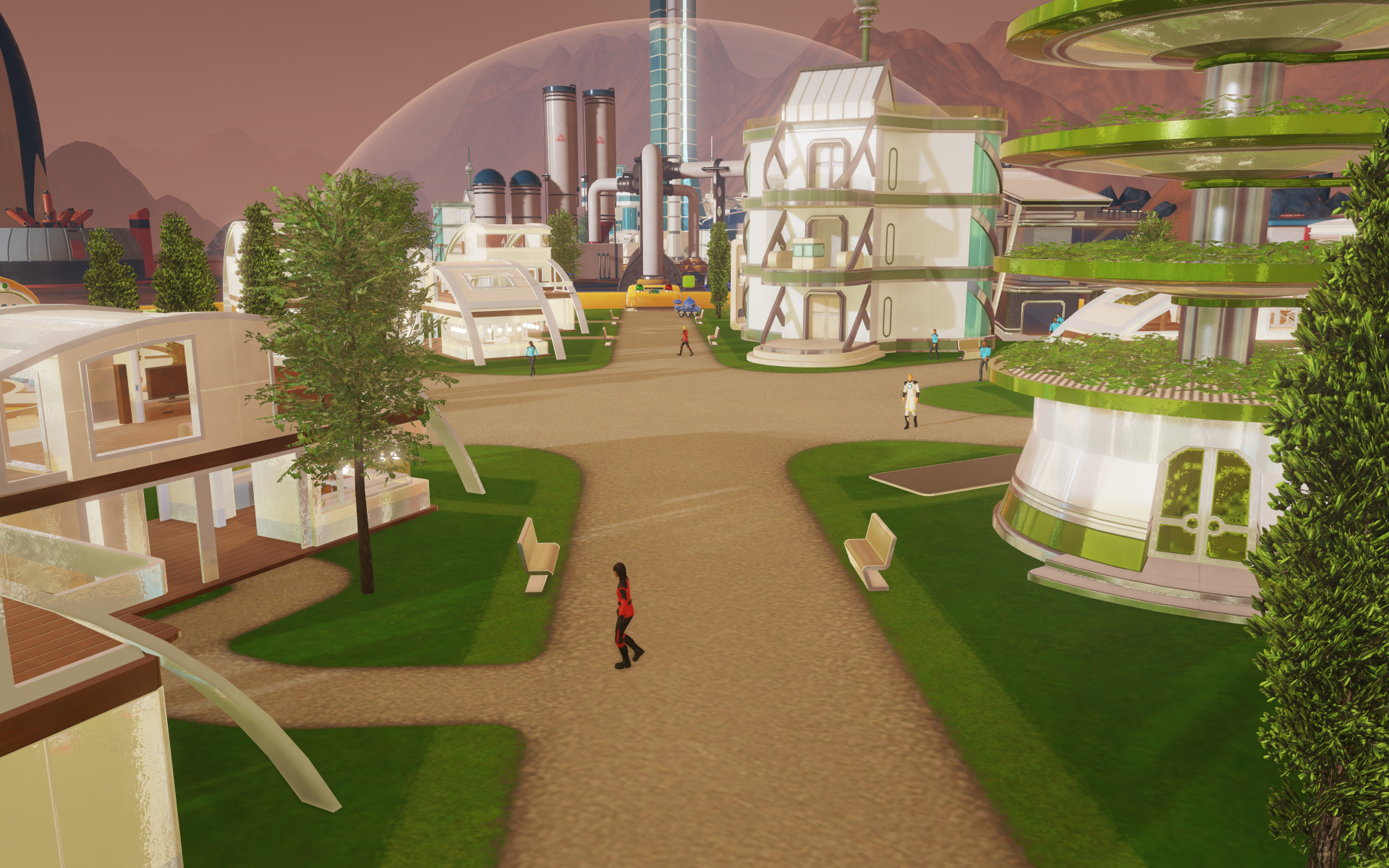 In all seriousness, Surviving Mars is shaping up to be very complex. The player can choose from different agencies to bankroll their colony and provide them supplies and then they select a location on Mars. Each location has different attributes like temperature that factor into how difficult it will be to survive there. There are secrets to be discovered in Surviving Mars that are inspired by the classic sci-fi of Asimov and Clarke. There are random research trees that will influence that experience with each colonization attempt. The full scale of the complexity of constructing a colony is Surviving Mars cannot be grasped in a brief presentation, but what is apparent is fans of simulation games need to have it on their radar. The depth of freedom that was presented in constructing a society combined with the individuality of each colonist looks like each society will have its own unique neighborhood feel and culture, making its unique identity extend beyond just the building choices. What Surviving Mars is attempting to achieve in a sim game is quite the undertaking, but early impressions suggest it may be a strong contender among sims.