Nathan Drake’s story is over. Naughty Dog wrapped up his five-game-long arc (including Golden Abyss) last year in Uncharted 4: A Thief’s End. It was a fitting end for the beloved character, but just because his story ended, doesn’t mean that Uncharted is finished. Enter Uncharted: The Lost Legacy, the first standalone Uncharted game starring fan-favorite character, Chloe Frazer. At E3 2017, Hardcore Gamer got to sit down for a private demo to see how Uncharted works without Nathan Drake at the helm.

The Lost Legacy follows Chloe Frazer as she returns to her home, India, to search for a treasure called the Tusk of Ganesha. In true Uncharted fashion, she’s racing against a warlord who wants it for his own nefarious reasons. Seeking help, Chloe enlists the help of Nadine Ross, one of the antagonists from Uncharted 4: A Thief’s End. Both Claudia Black (Chloe Frazer) and Laura Bailey (Nadine Ross) reprise their roles from previous Uncharted titles.

The demo picks up in India’s Western Ghats region with Chloe and Nadine perched high on top of a mountain. While the majority of Naughty Dog’s team have moved on to work on The Last of Us: Part II, it’s immediately clear that The Lost Legacy isn’t some B-Team project. The jungles of India are beautifully realized, the writing is spot-on and the quip delivery from Black and Bailey is spot-on. Those worried that this would be a cash-in shouldn’t be worried at all. 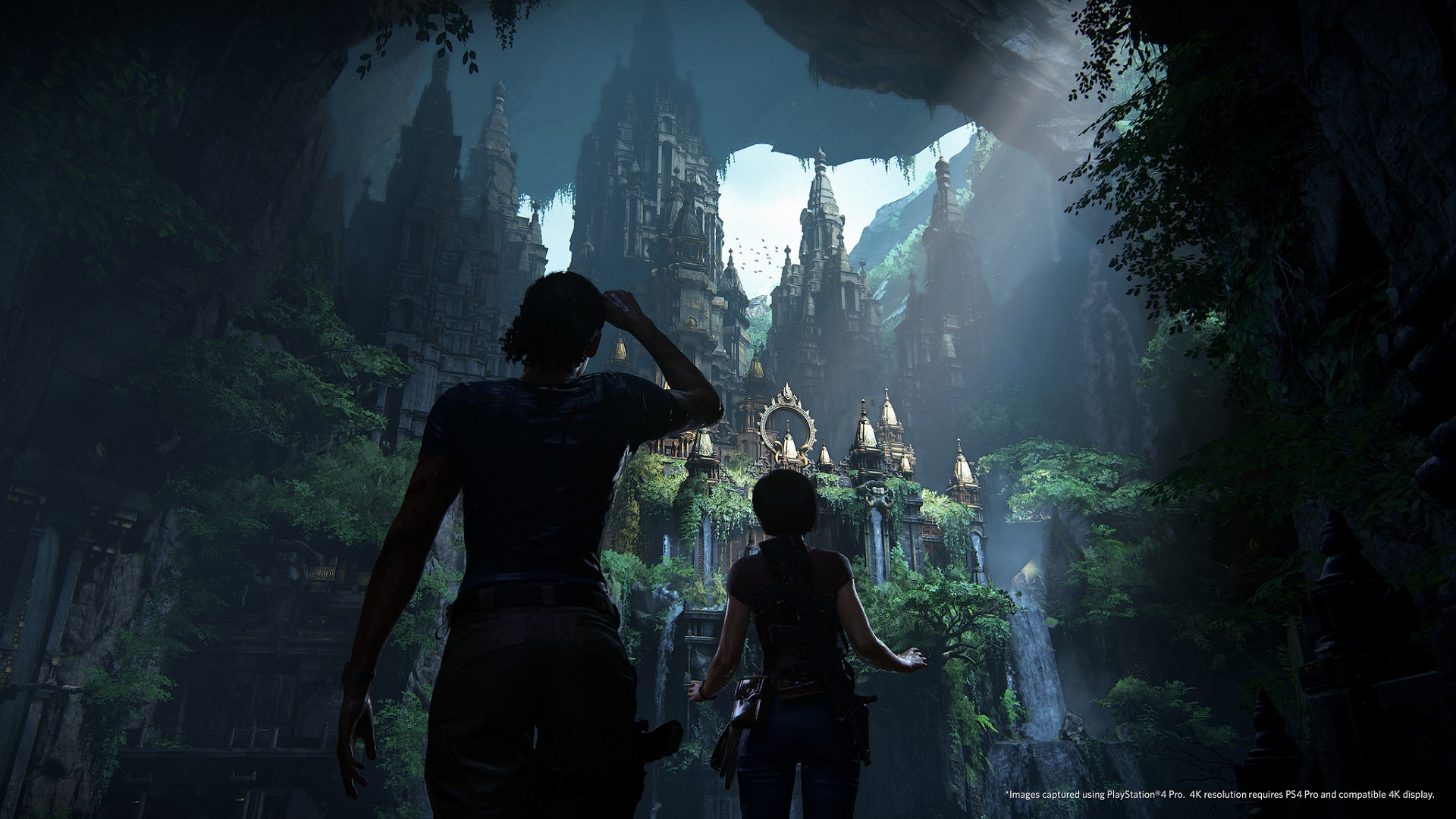 The relationship between our leads is going to be different from previous Uncharted games. Juxtaposed against Nathan’s relationships with Sam, Elena, Sully, Cutter, Marisa and Chloe herself, the relationship between Chloe and Nadine is one of necessity than any other emotion. Both need each other, but they don’t exactly trust one another. This was made abundantly clear early in the demo. Chloe was setting up a classic two-person takedown, telling Nadine to take the guy on the left. Instead, Nadine snuck up and took them both out. It’s an interesting dynamic, and how their relationship will evolve throughout The Lost Legacy will be one of the fundamental pillars of the story.

Uncharted: The Lost Legacy builds on many of Uncharted 4’s gameplay mechanics. The grappling hook, open arenas and sliding all return. After dispatching a few enemies stealthily, an unfortunate accident reveals their presence and classic Uncharted action begins. Chased by an armored assault vehicle, Nadine and Chloe must navigate from cover-to-cover, shooting enemies and trying to stay alive. While the set piece is linear, the map is designed in a way that you can maneuver through it in a variety of different ways. It’s Uncharted 4 game design mixed with the classic Uncharted action Naughty Dogs has perfected over four games. 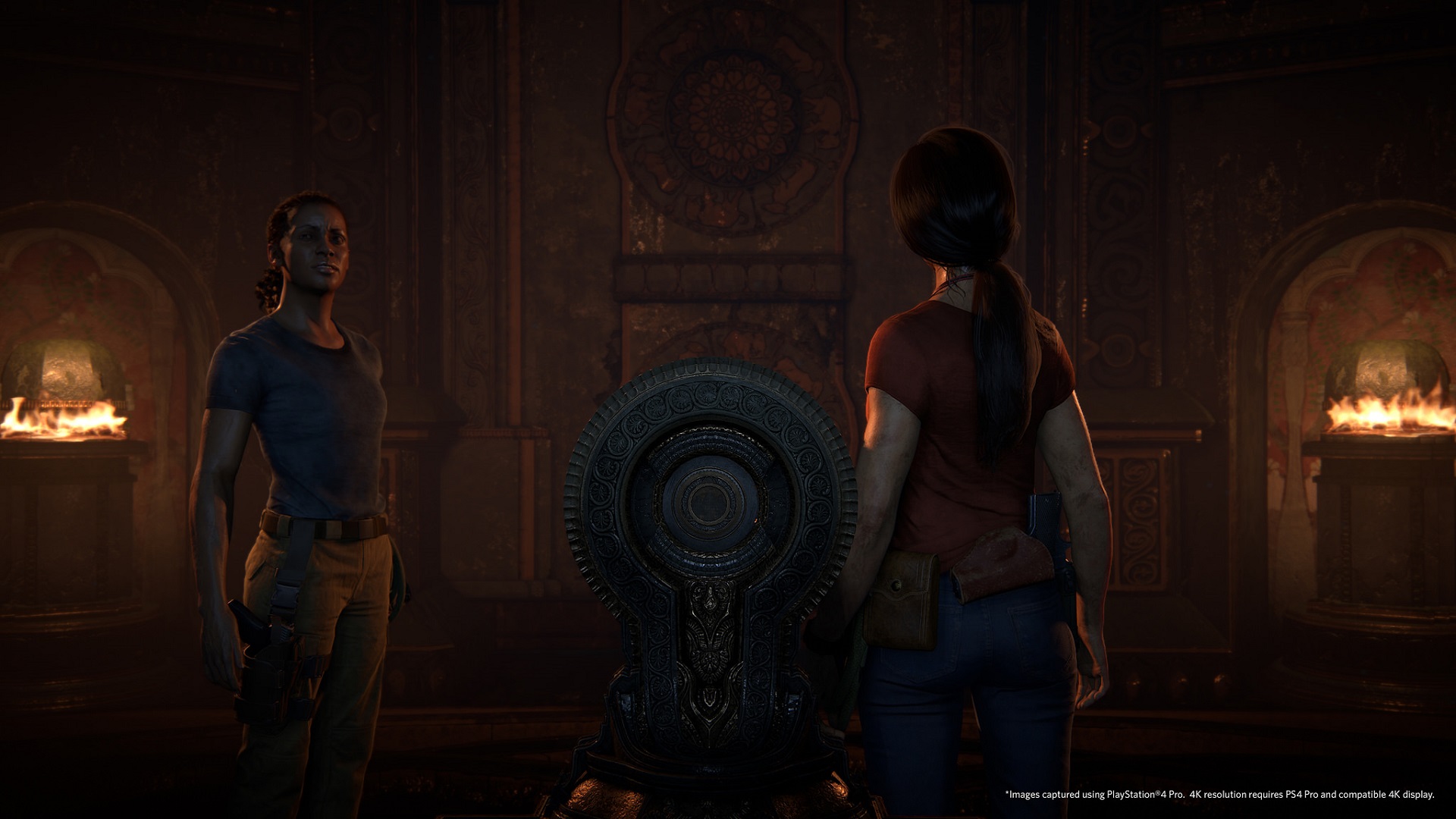 Chloe and Nadine survive the chase by falling into some ancient ruins, giving players some downtime to look around and explore their surroundings. While Uncharted: The Lost Legacy will have plenty of set piece moments filled with spectacular action, it will also have plenty of downtime used for developing relationships and allowing players to take in the massive and beautiful locations within the game.

After wandering through a grotesque prison, the duo finds an aqueduct that will lead them out of the ruins. Unfortunately, the armored assault vehicle bursts through the wall, and out of the vehicle comes none other than our main antagonist, Asav. An Indian rebel leader, Asav seeks the Tusk of Ganesha for reasons Naughty Dog isn’t ready to disclose. Much like Uncharted 2’s Zoran Lazarević, Asav is brutal and doesn’t care about how many bodies he leaves behind. He loses out the demo by pointing a gun at Chloe’s head, the screen fades to black and we hear a gunshot. 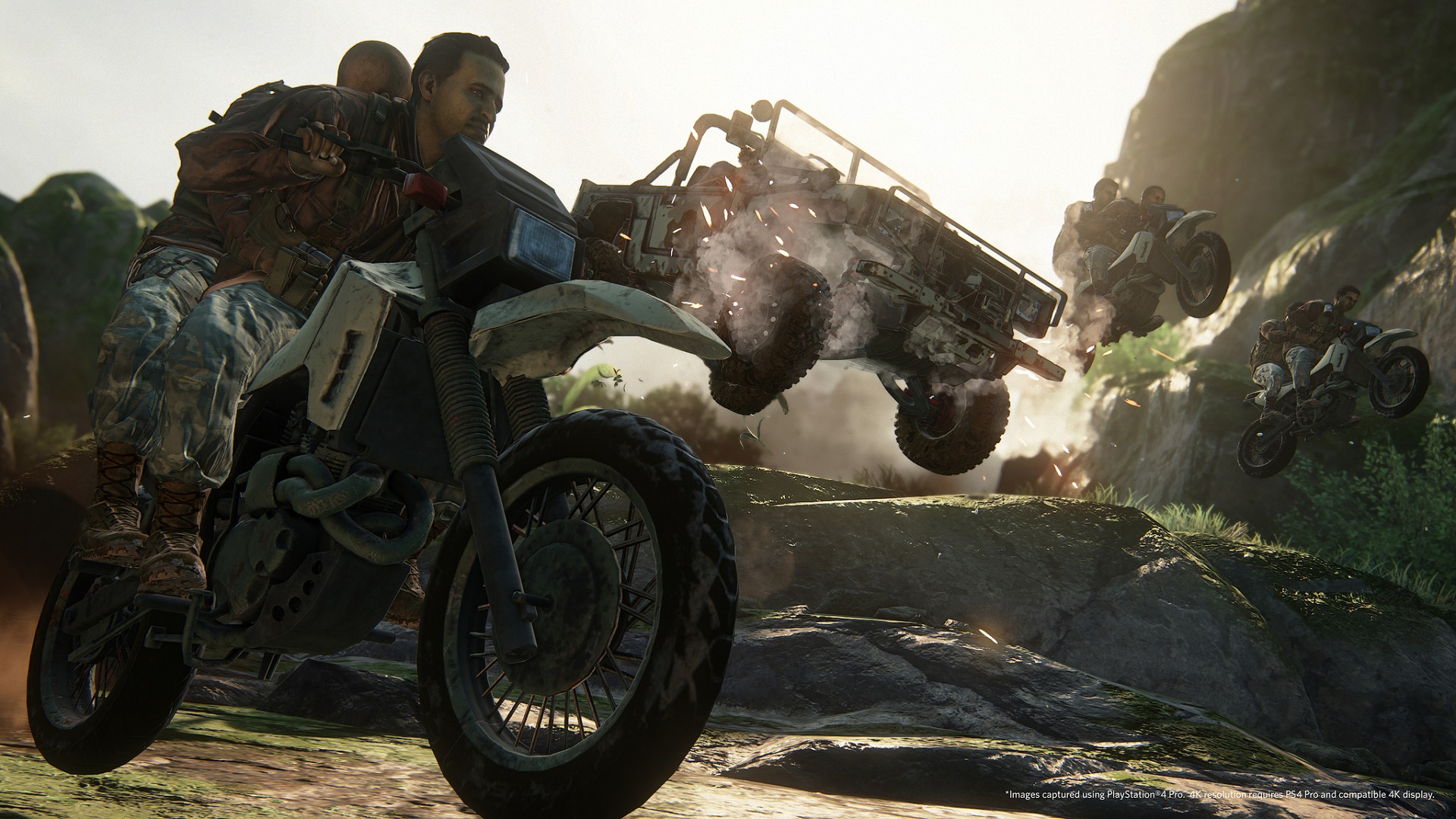 Uncharted: The Lost Legacy isn’t just a spin-off of the Uncharted franchise, it’s a way forward. It’s a blank slate with a character that fans love, and one that newcomers can embrace without a ton of knowledge about the previous games. Many wondered how the Uncharted franchise could continue without Nathan Drake, but The Lost Legacy could be the answer. By focusing on what Uncharted does best – setpiece moments, action, gunplay, character development, storytelling and showcasing gorgeous graphics – Naughty Dog may have cracked the code for continuing the franchise. While it’s too early to say that Uncharted: The Lost Legacy will be amazing, what we’ve seen at E3 2017 gives us a lot of faith.

Uncharted: The Lost Legacy is out August 22 on PS4.