If you haven’t been following the development of South Park: The Fractured But Whole, then it may surprise you to know that we should have already had the game. Announced in 2015, The Fractured But Whole has suffered numerous delays that pushed it to its current October 2017 release date. With all that extra time, it’s reasonable to expect a lot of polish from the final product. Hardcore Gamer went hands-on with the game at E3 2017 to see just how funny this game can be and if its new battle system is up to snuff.

First off, Ubisoft San Francisco nails the South Park look and feel. Much like the first game, playing The Fractured But Whole feels like playing a living, breathing episode of South Park. Trey Parker and Matt Stone’s excellent writing, delivery and art style translate well into the medium of video games.

The demo took place at the Peppermint Hippo strip club. Teaming up with Scott Malkinson (Captain Diabetes), the New Kid must locate the stripper with a dick tattoo. Like the first game, gameplay is split into world exploration and combat. Roaming around the strip club, I was tasked with finding clues about this mysterious stripper. This eventually led to one of the most ridiculous, and most South Park-like minigames, giving a lap dance to a drunk man. It’s one of those things that only South Park could get away with, and it was hilarious to see New Kid and Scott coax information out of the intoxicated man. 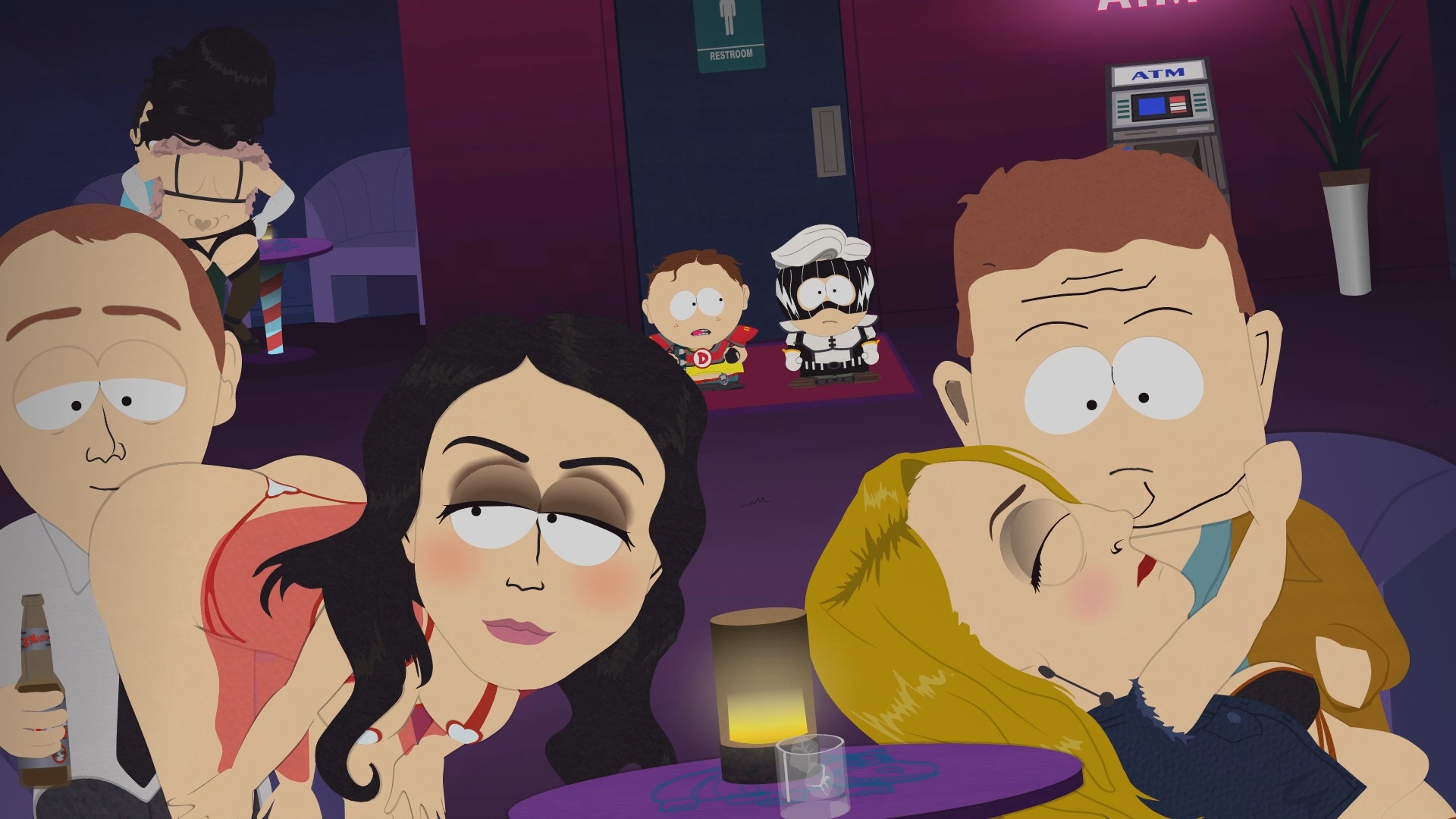 Upon finishing, we learned that the stripper is Classi and that there was only one way to summon her: the DJ. To do this, we needed to explore the club further and mix a drink that would incapacitate the DJ. Much like the first game, players can interact with the world using the magical power of farts, which are essential to solving many of the game’s puzzles. For example, at a particular point, we needed to use a firecracker to light a stove and then throw a fart to create an explosion. It’s interesting puzzle-solving, but it wasn’t explained very well in the confines of the demo. The final game will likely have a tutorial explaining all the different things you can do with your farts. Farts can also be used in more immature ways, such as throwing a fart at NPCs to illicit some crude reactions. It’s funny stuff, and something you would only see in a South Park game.

After gathering the necessary materials to make the unholy concoction, we handed it to the DJ or immediately rushed to the restroom. Taking control of the mic, we could summon Classi and chase her to the changing room. The demo then switched to combat, which has been completely overhauled from the original game. Gone is the turn-based combat of The Stick of Truth and in its place is a new tactical-grid system. 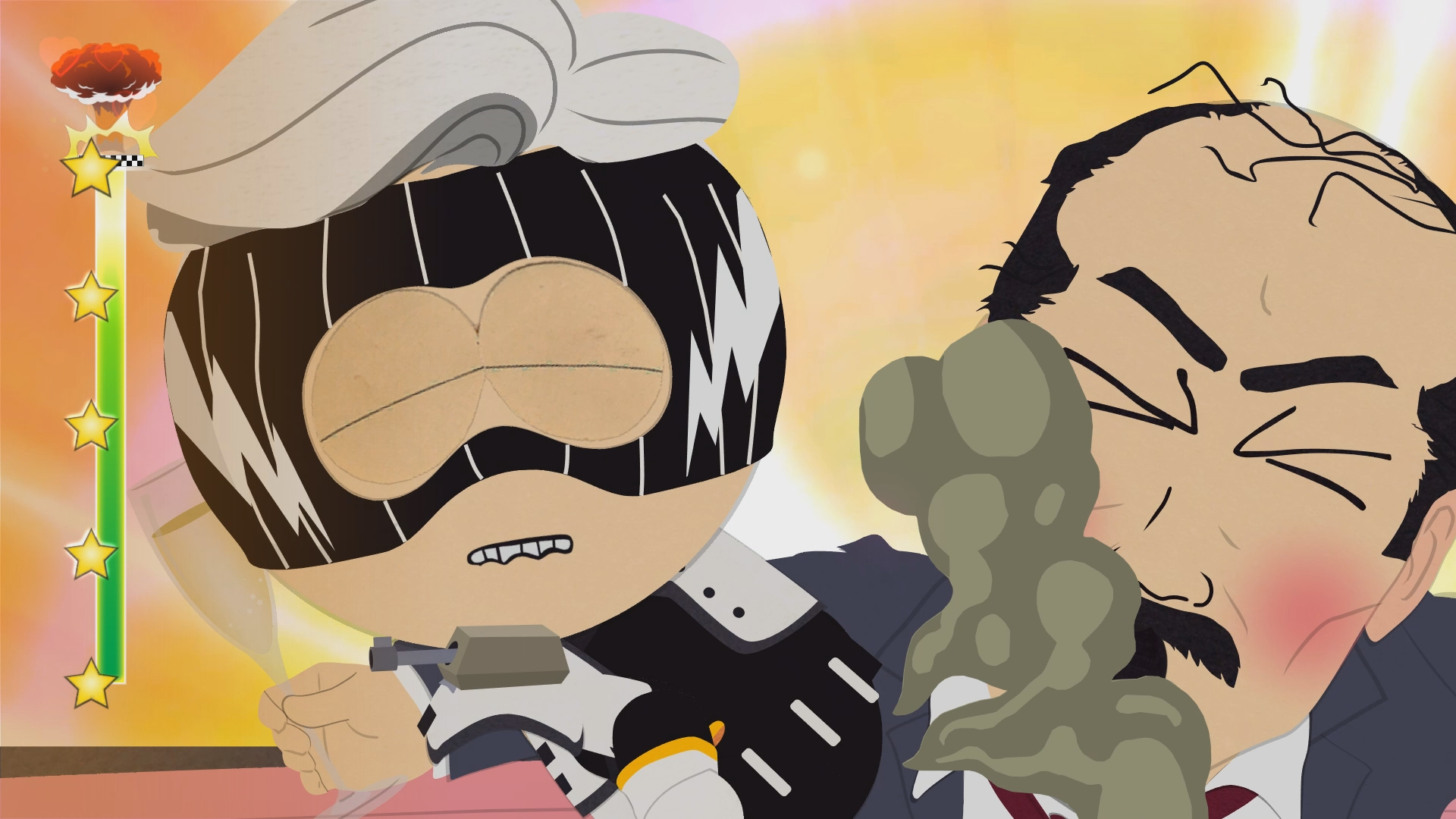 The Fractured But Whole’s combat is more akin to a game like Final Fantasy Tactics. Players can move their characters around the map and position them for attacks. Different attacks have different ranges and players need to plan to make sure they’re in the optimal spot to deliver damage and avoid incoming attacks. There’s more depth than in the original game, though the additional complexities of the overhauled combat system will need a proper tutorial, which was absent in the demo.

What’s cool about the new battle system is that it allows for different types of battles. The demo ended with a boss fight against Spontaneous Bootay. Realizing that she would crush them if caught, New Kid and Scott opted to run for it. What ensued was a chase scene to reach Classi before Bootay could catch up and crush them. It was frantic, exhilarating and an encounter that could only be achieved with the new battle system. 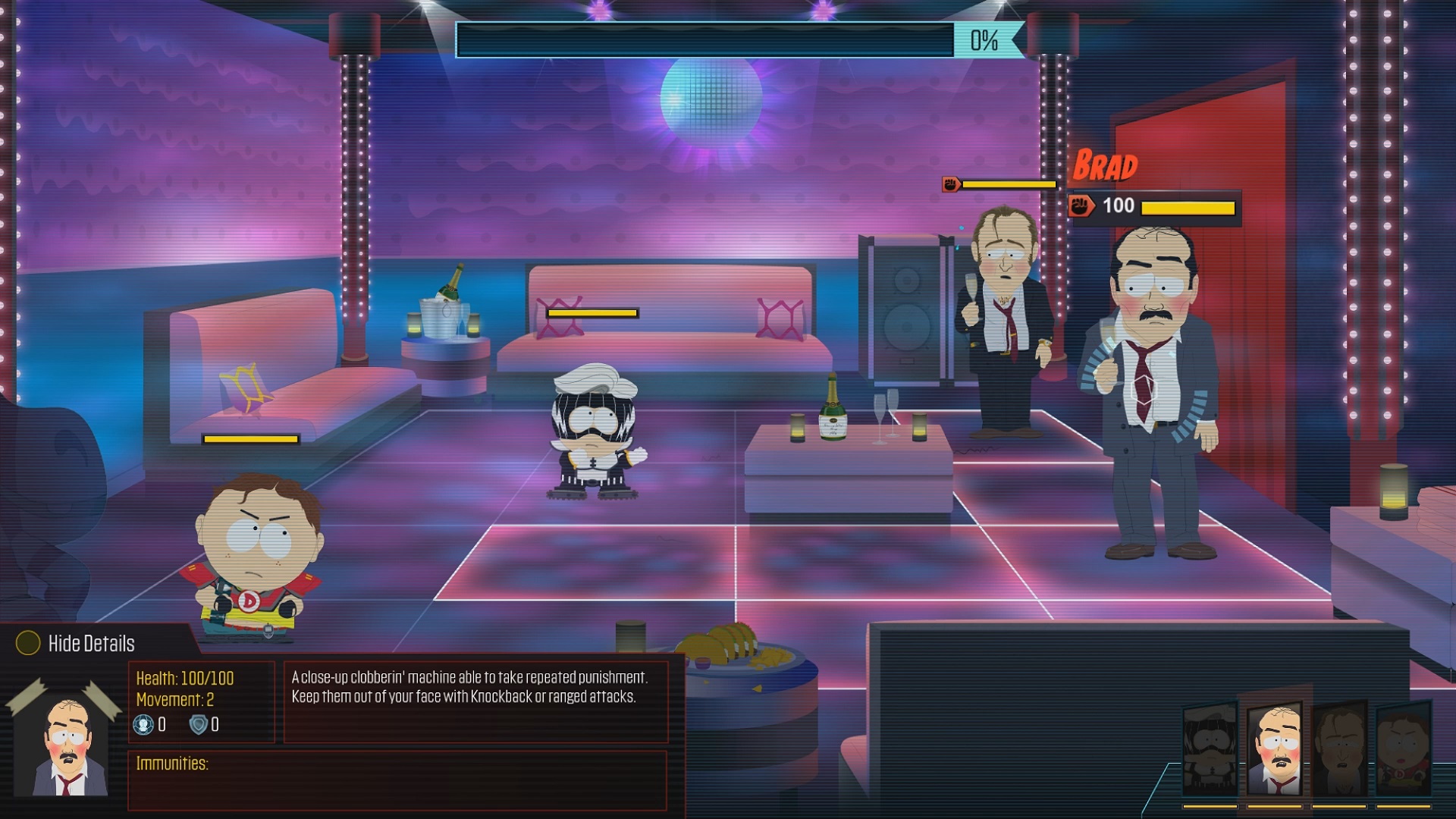 South Park: The Fractured But Whole can be summed up as vulgar and crude, but also insanely funny and charming. Ubisoft San Francisco has managed to take the fantastic work Obsidian Entertainment did with The Stick of Truth and vastly expand it. There’s still so much we don’t know about The Fractured But Whole. Our time with the game barely scratched the game’s enhanced customization and RPG mechanics, and we were only able to explore one location in the town. After playing The Fractured But Whole, we can’t wait to see what else Ubisoft, Trey Parker, and Matt Stone have up their sleeves.

South Park: The Fractured But Whole is out October 17 on PS4, Xbox One and PC.