Rebellion Games happens to be one of those studios that not many people know by name, but they do know their games. These are the people responsible for the Sniper Elite series, titles that mix stealth, gore and tense firefights to create heady brew for dedicated fans. They have also contributed to innumerable other titles spanning multiple genres. So, for those in the know, an announcement of a new game for a fresh IP is kind of a big deal. That title, Strange Brigade, promises chaotic gunplay in third person with an unusual tone. Based on the demo at E3, the technology running the game is sound. It’s just hoped that there will be more depth in the final product.

The concept behind Strange Brigade is that of an accessible shooter that can be played cooperatively or alone. Using 1930’s era adventure serial flicks as a backdrop, the story follows a group of four treasure hunters as they fight of hordes of mythical beats, solve simple puzzles and generally behave like corny, over the top heroes. It’s nice that they expanded on the cast beyond what would typically be included in a film at the time, but the tone is truly captured, complete with a narrator hyping up the cliffhangers between moments. It feels unique and is probably the best thing about what was shown. 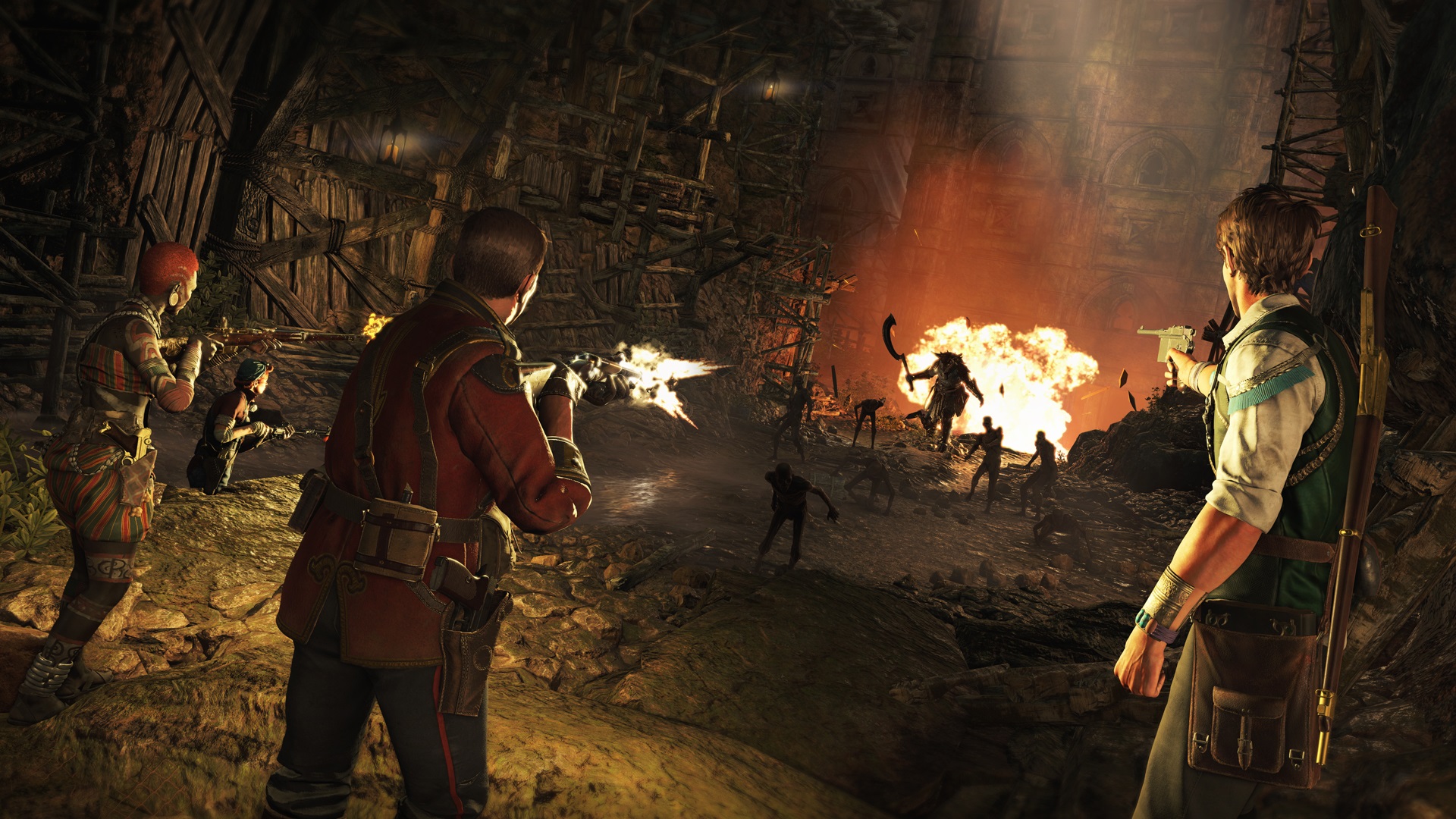 The gameplay itself, though, doesn’t reach that same level. It’s not bad; the controls are responsive and there was never a feeling of aimlessness from poor level design. It simply felt bog standard with only a couple of twists to keep things a little more entertaining. The most important of these is the combo meter. With each round that lands on target, the meter builds. As the combo grows, the player’s brigadier sees increases in fire rate and damage dealt, quickly growing into a whirling dervish of monster death. Once the gauge is capped out, the player can trigger a special attack. I played as the female engineer, and she sucked a monster in and dealt an explosive melee attack. After the special is triggered, the meter only drops one level, so filling it up again is done in short order. This is a great way to make the player feel powerful even when surrounded on all sides by mummy minions.

The other combat feature comes in the form of pre-laid death traps that pepper the fields. By shooting a glowing orb at the top of the short pole, the ancient machines are triggered, doing things like sprouting spinning blades causing fire to jet from the ground. These make for some satisfying crowd control tactics, and tend to be more interesting that placing a bullet between the eyes of a dusty walking corpse. 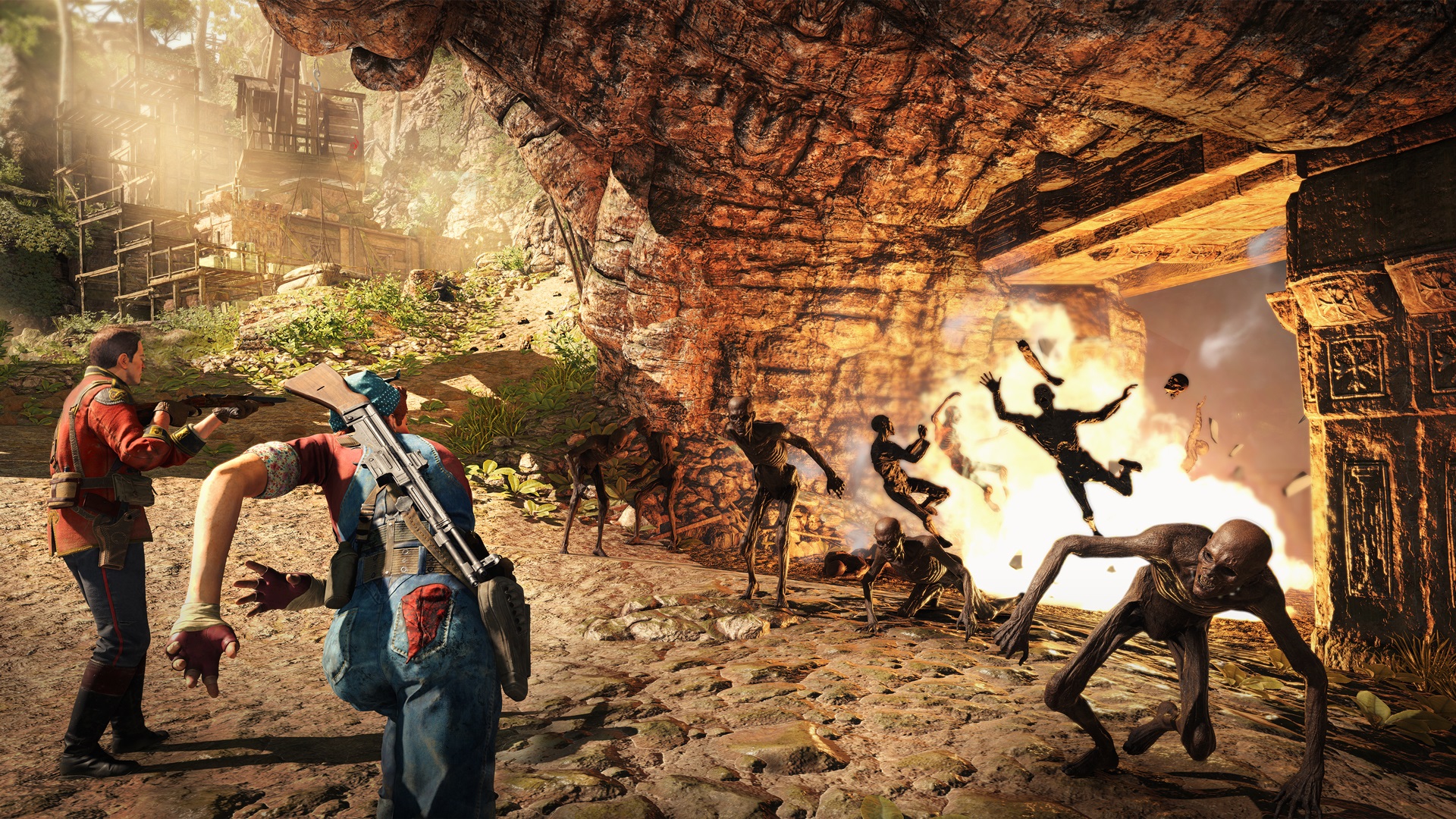 Otherwise, there was nothing particularly unique about the game to really cause it to stand out. Shooting the weapons is functional, there are spots to switch out weapons and buy upgrades to equipment, and the enemies are plentiful. However, there is this feeling that I’ve played this game before. Maybe not with the same plot framing, but the moment to moment fighting just doesn’t get the blood pumping nor draw the player in. There were no issues with balancing in the single player demo, but it really feels like this is meant to be played with friends to cover for the missing entertainment quotient missing from the demo.

What’s here works, and obviously dodging a charging minotaur and triggering a trap in return is going to be entertaining. The thing is, I can be easily entertained by even mediocre games for short bursts of time. The more I think about it, though, I don’t know how Strange Brigade can stretch its concepts into a worthwhile full game without growing tedious by the second level. It’s possible that numerous other gameplay enhancements are in the works to flesh out the experience but weren’t shown here. These would need to drastically change up the experience for the game, rendering the title a different animal from what was displayed. Based solely on the E3 demo, Strange Brigade won’t be terrible and it won’t be great. It will just be. I really hope Rebellion proves me wrong.