As I watched the newest trailer for the long in Early Access, longer in development title, Ark: Survival Evolved, I was in awe. Majestic landscapes, snowy mountains, complete freedom, and holy crap, that dinosaur is strapped with lasers! When the trailer ended, the Studio Wildcard folks asked what I thought. I answer with a question: “Why haven’t I played this yet?”

As a player, I tend to freeze when faced with heavy amounts of crafting, always making the worst choices that would leave me vulnerable. I was also under the impression that Ark took place entirely online. Well, that was wrong. People reading this probably know that. But that’s okay, as the lapse in judgment will rectified soon. In the meantime, Studio Wildcard explained some of their philosophy behind some of their decisions, as well as gave some hints about what is to come in the lead up to the official full release on August 8. 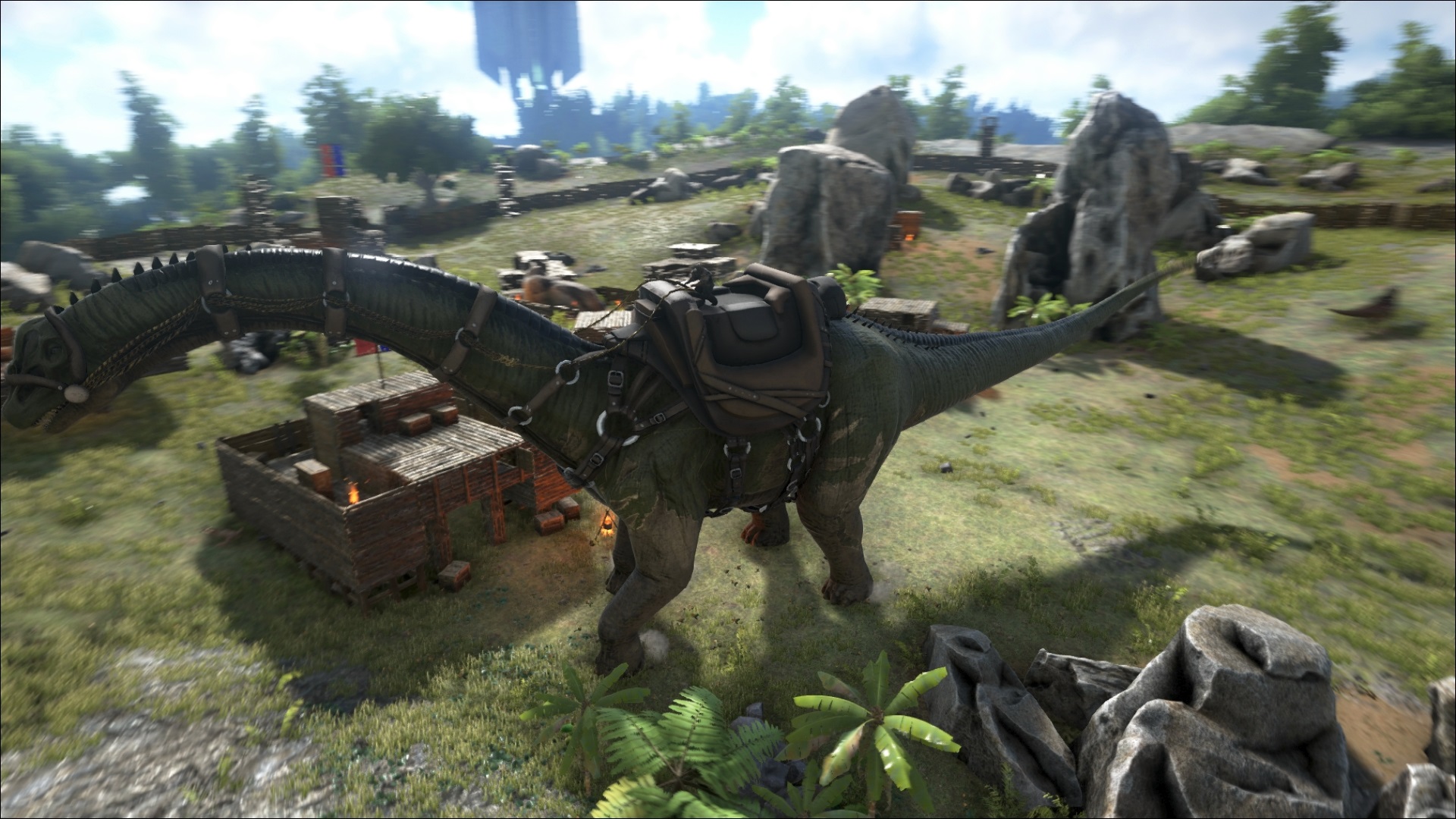 This is a title that has been in development for a long time as they hammer out what works and what doesn’t through testing with the community. For the most part, this has worked out as they are able to implement suggestions that wouldn’t have occurred to them or, also common, decide to undertake a task that was previously thought too difficult to implement with what was built solely because so many people want it. Sometimes, though, they had to implement systems that went over poorly at first. An example of this would be the stamina system for flying creatures. Prior to its addition, players could fly around to their heart’s content, never needing to worry about landing. While this might have been fun, people were literally only seeing the forest, and missing the trees. With all of the details that have been built into the main island, the developers wanted to force the player to land once in a while to check things out. Initially, this was met with much weeping and gnashing of teeth, but soon the community realized what they were missing, and grew to appreciate it.

Major changes like this won’t be occurring again before release. At this point, the team feels that the systems are in place with just some fine tuning needed. Now, in addition to this work, they are working to build out the lore in the game, adding in a full storyline that can be played out by the gamer if they so choose, including an actual final boss. All of the weird runes and obelisks do have a meaning, and it will become clear. 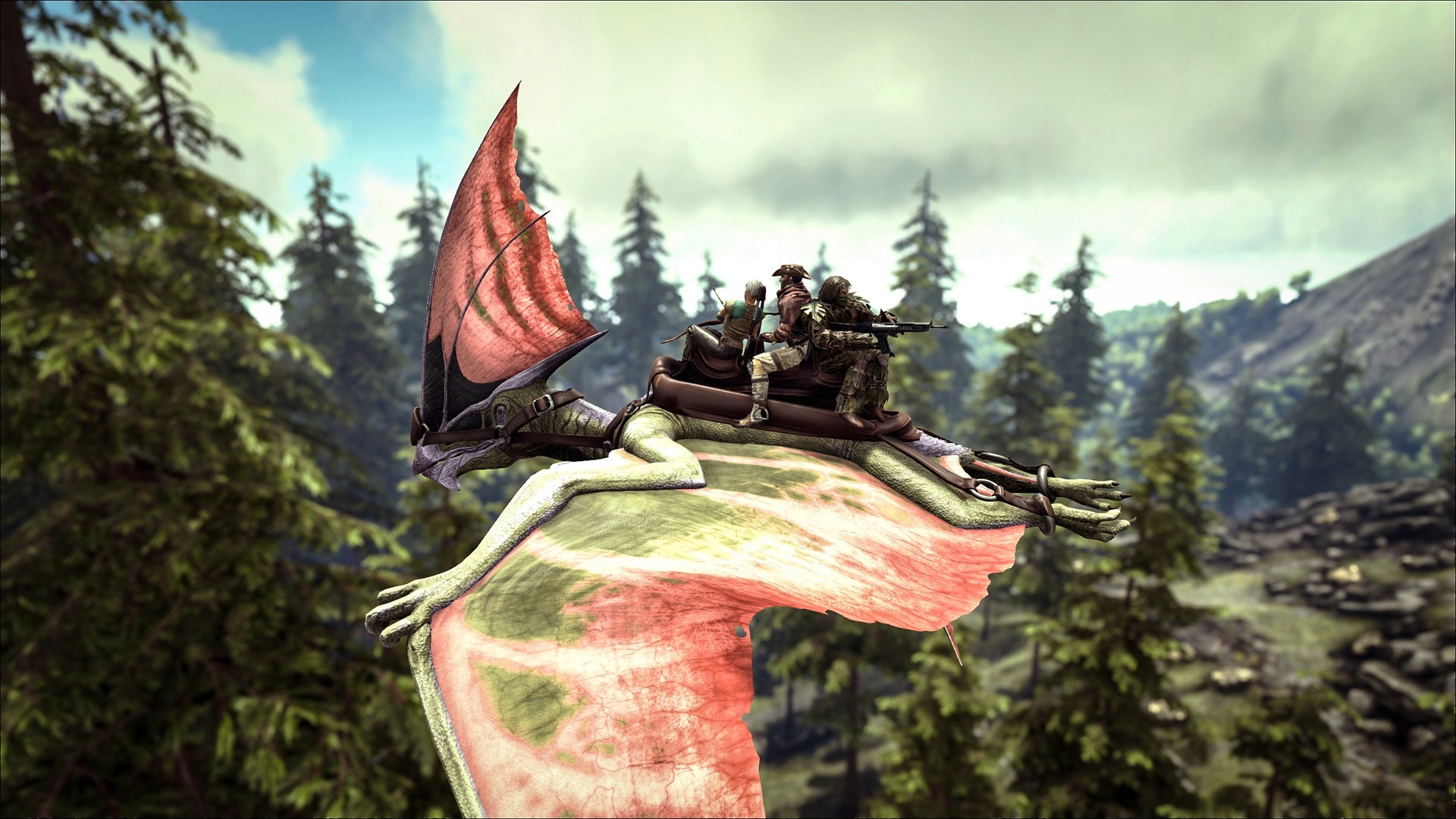 The team is also continuing to support the modding community. Modders who have demonstrated a high amount of talent receive a generous stipend to continue their work on creating a mod for Ark, uninhibited by the developer. When something really good gets completed, something that really excites the studio, the will release it as a free add on. Case in point would be Ragnarok. A terrain filled with caves, volcanoes and myriad other biomes, it looks to be a fresh playground that will entertain people who have memorized the original island as well as those just jumping in. The real selling point for me is the new griffon. It just looks really cool.

While the mods will be coming out for free, Studio Wildcard will still be releasing three paid expansions, which brings us to the various editions that will be available for the console version. The standard edition comes with the game, which is to be expected, and will retail for $60. One step up is the Explorers Edition, which includes the season pass and will go for $100. The big kahuna, though, is the Collector’s Edition. This bad boy comes with the game and pass, an Ark necklace, a cloth map, poster, and a nice wooden chest. The coolest thing in the package, though, is the thick, leather-bound book. The binding is durable, and the cover is pleasant to the touch. Contained within is a guide to all of the tamable dinosaurs, complete with tips for befriending them, along with some great art that feels like a combination of modern techniques and old cave paintings. It’s really cool, and something that I’m considering, even though I, again, haven’t played the game (yet). 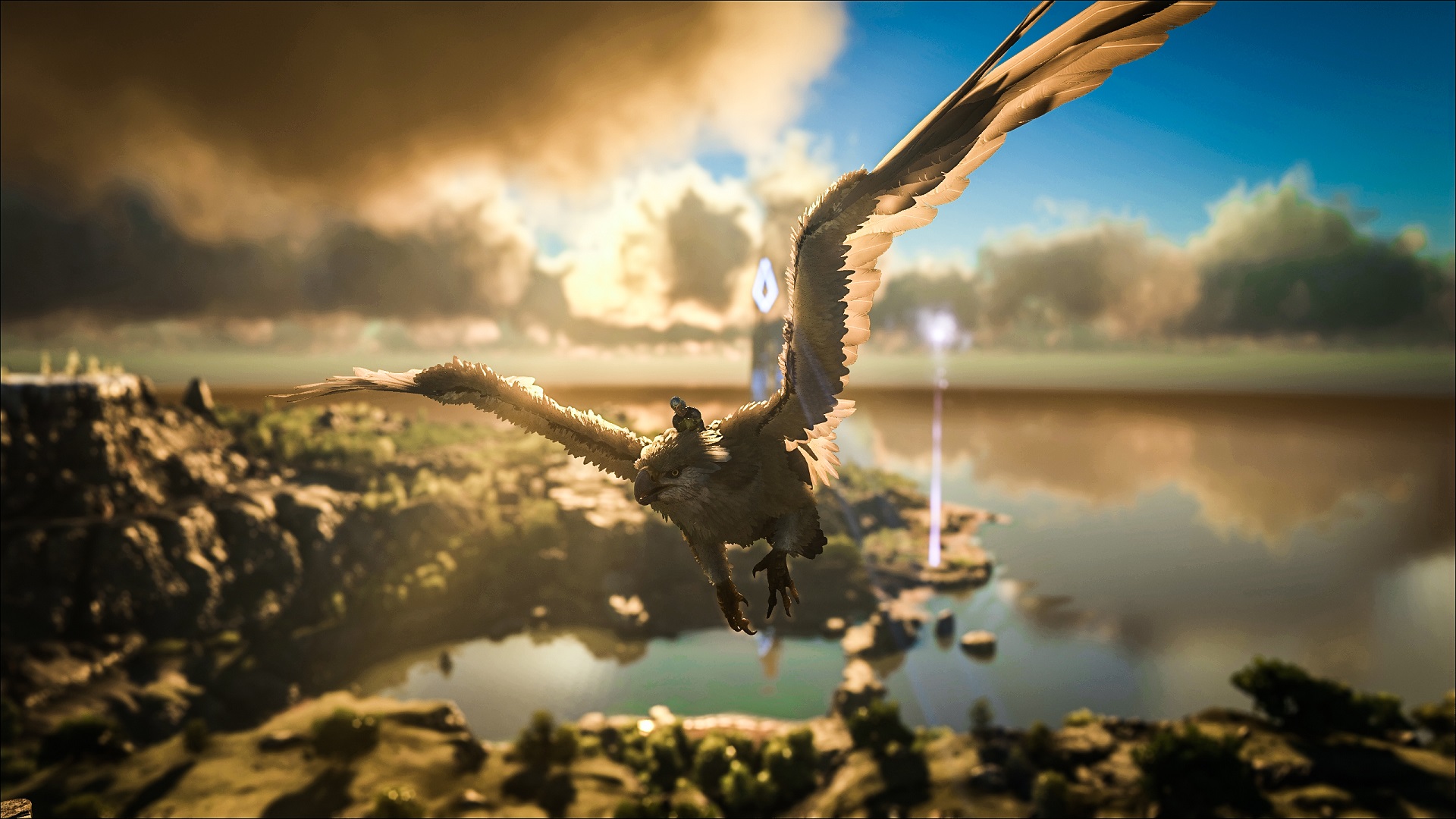 In the end, I’m impressed with both the design philosophy and community support that Studio Wildcard exhibits with Ark: Survival Evolved. They have used the Early Access system precisely as it was intended and the game is much more intriguing for it. I, for one, can’t wait to leap headfirst into the jaws of a Tyrannosaurus Rex, as I expect my first attempt to end badly.