“Call of Cthulhu” is used to reference many things. First there’s the original classic short story by H.P. Lovecraft, and then the pen and paper RPG from Chaosium. Despite that latter iteration arriving in the early 1980s, fans have continued to adore and play it to this day. As such, it only made sense that an official video game adaptation of the board game would make its way out eventually. The time has finally come with Call of Cthulhu: The Official Video Game (henceforth referred to simply without its subtitle).

Developer Cyanide Studios are tremendous fans of the original game and as such are taking great deal to bring it to the digital medium. Instead of creating a more “traditional” game like a horror shooter, the approach is an RPG-styled investigative adventure set in the 1920s. Players assume the role of a detective named Edward Pierce as he lands on Darkwater Island. His goal is simply to uncover the truth behind the deaths which took place in Hawkins Mansion. While they’re officially on the books as due to an accidental fire, Pierce isn’t quite in agreement with the police. 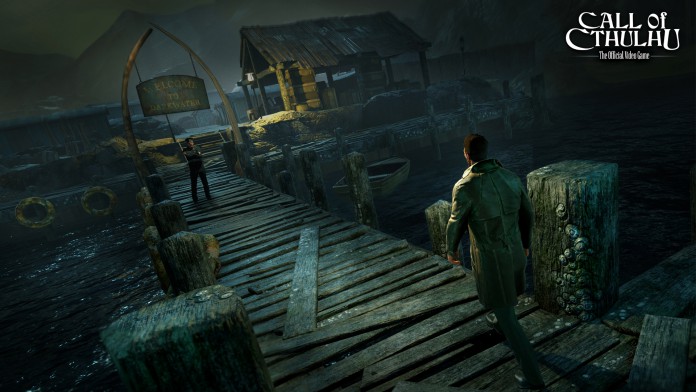 How can he discover the truth? Call of Cthulhu offers a heavy focus on investigation gameplay which will yield great benefits for uncovering what went on here (as well as aid with other mysteries on Darkwater Island). Players basically explore an environment, taking note of items around them, and interact at times to reveal even more clues. As you gather information, you’ll eventually be able to enter a deduction state. When completed successfully, you’ll learn more about what’s going on – and hopefully become increasingly intrigued.

Another huge component is interacting with the locals. They’re not all particularly happy to see you. Dialogue choices determine whether the other characters will tolerate you, work with you or simply want you dead. Sometimes environmental interactions earlier on will also open up new potential dialogue options. There’s also the matter of Pierce’s skillset. His skills are based on the official rulebook and focus on social, knowledge and profession trees. Social skills can definitely aid when talking to the odd cast of characters. 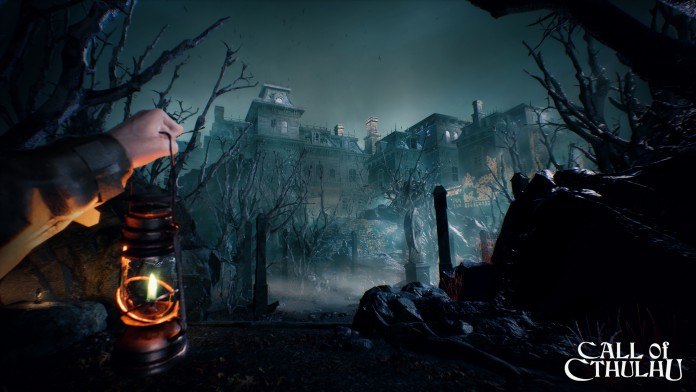 There’s also the matter of sanity. Call of Cthulhu is obviously more than a mystery detective game. It also delves into otherworldly, monstrous aspects.This is terrible for poor Pierce’s mental fortitude. While discovering more about these dark machinations may lead him closer to the truth, they also wear away at his sanity. As this gauge lowers you should expect to see things become even more twisted. It’s a fun concept that has been used in previous Cthulhu games, but definitely fits right in here.

Call of Cthulhu looks like it will be the game to finally give H.P. Lovecraft’s writing as well as the more modern pen and paper rendition the respect it deserves. Sure, other Cthulhu games have come close, but it has been years since the last one of those. With eerie locales, stunning graphics and RPG elements taken straight from the board game, fans should expect that Call of Cthulhu: The Official Video Game will pay homage while still feeling fresh.