Have you ever wondered what it would be like to become a vampire? There’s no doubt that a ton of films, books, and TV shows paint it to be tremendously naughty fun. However, in reality things would be quite awful for a vampire – especially if they still had a bit of humanity in them. Vampyr focuses on this concept in its take on 20th century Britain. The Spanish Flu has just broken out and it it’s wreaking serious havoc on the city. Death, sickness and a general sense of malaise plague Londoners as they lose friends, family and hope.

With that said, death might be preferable when it comes to the fact that vampires now prowl the streets. Players assume the role of Dr. Jonathan Reid. Once a physician, he has since turned into a vampire and must grapple with killing the citizens he had once sworn an oath to protect. He absolutely recognizes this moral quandary – but no amount of distress can stop him from feeding either. The only thing Dr. Reid can really do is choose who he will feed upon and who will remain safe to live another miserable day. As ironic as it seems, the vampiric doctor still wants to save his city. 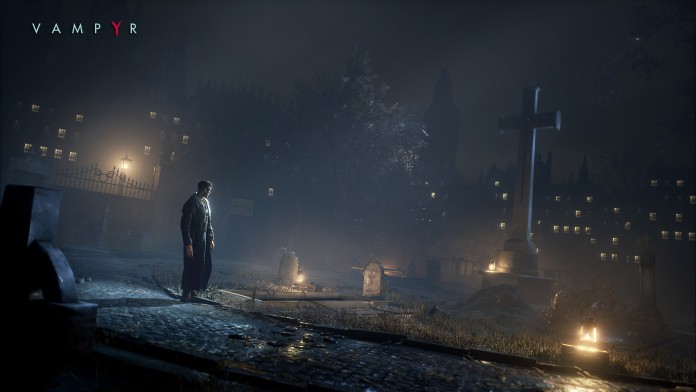 Of all the options at your disposal, none are particularly pleasant. For example, you may opt to feed on an awful murderer. Sounds like a great target, right? The only problem is that they don’t exist in a vacuum. This murder, as cruel as he may have been in life, still has a loving mother. If her only son suddenly disappears, there will be ramifications for both her and the general sentiment of the town. What about feeding on the mother instead? Well, aside from potentially setting off her homicidal son, it would also harm the young orphan who looked up to her. These interpersonal relationships are key to Vampyr.

You’ll be able to pry into these relationships by interacting with the characters. They’re not just prey for Dr. Reid, but characters with stories to unravel. Chatting up folks offers up dialogue choices and the potential to positively (or negatively) influence their lives. With that said, all this town management is but one component of Vampyr’s gameplay. The other aspect involves fighting in action-packed battles against folks who seek to kill off vampires. 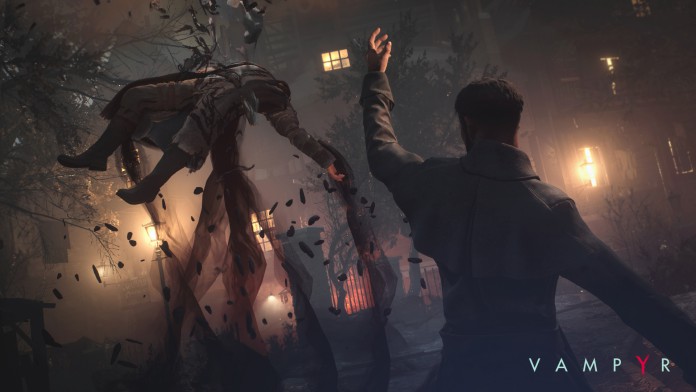 In most games, players would assume the side of the vampire-killers and be able to win. However, as a vampire yourself, players gain access to a tremendous amount of vampire skills. The biggest, of course, being that they’re immortal. Dr. Reid also possesses all manner of vampire abilities which absolutely outrank anything a human can do. Of course, his fangs can also be used to bite opponents. Not only does this replenish his health and blood but it also does tremendous damage to enemies. While this blood helps for a bit, you won’t be able to survive simply off battle blood.

Vampyr looks like it could stand against gaming greats such as Vampire: The Masquerade. With a mix of interpersonal interactions and action-packed fights, this becomes quite a versatile game. If Dontnod’s upcoming title intrigues you then be sure to keep an eye out during the fourth quarter of 2017. That’s when Vampyr is currently expected to launch for PC, PS4 and Xbox One.