Seeing as how good Fate/EXTELLA: The Umbral Star on the PlayStation 4 managed to be, and how the technical limitations of the Vita rendered that version underwhelming in comparison, the title’s transition to the Switch was cause for some consternation. While the story bits, which is a major selling point, were the same between the two versions, would Nintendo’s lesser-powered console hew closer to the sparsely populated battlefields found in the Vita or would there be floods of foes to cut down like in the PS4 edition? The answer is, fortunately, much closer to the latter. It’s possible that the enemy count was lessened for the Switch, but if it was, it wasn’t noticeable to this veteran of the two titles.

That is great news as this title is an action game that will appeal to fans of the Fate series as well as Musou diehards. Taking place after the events of Fate/Extra, the Hakuno and Nero have won the Holy Grail War set on the moon. Unfortunately, winning didn’t exactly entail the end of all fighting, and now the duo are pulling into a new intrigue featuring the splitting of the protagonist’s soul, warrior servants that believe that they can still capture the prize, and more of the silly Japanese strangeness that earned the series its fandom. This really is a true sequel to Extra, which will satiate the fans. 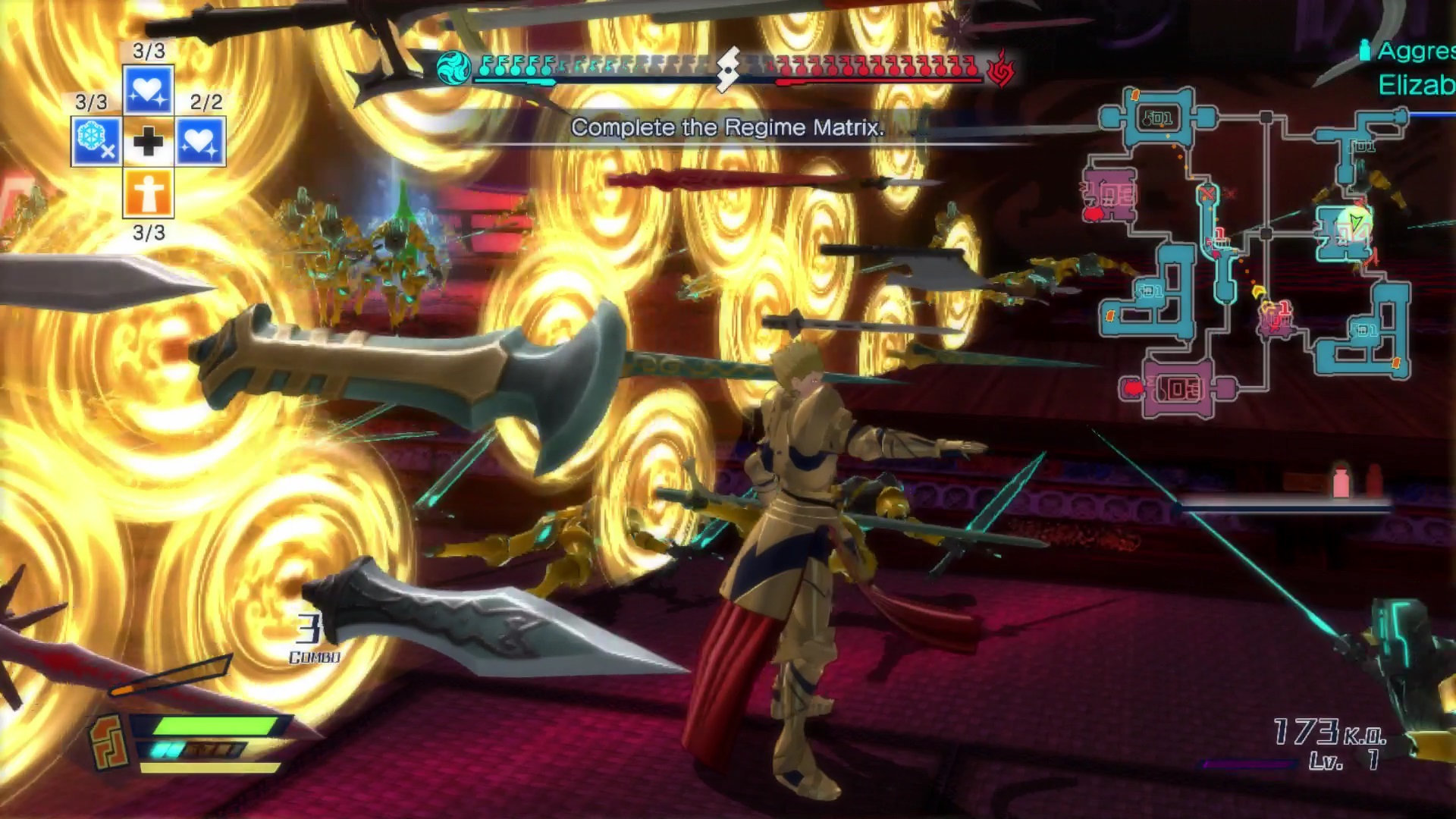 Battles themselves involve taking a servant into the field, cutting down hundreds upon thousands of mobs, and capturing territories before the enemy can take advantage. It controls like a dream on the Switch, with all the buttons mapped precisely the way they were on PlayStation 4. This allows the player to hack through whole swaths of enemies and rack up stupidly high numbers on the combo meter, culminating in transformation attacks and epic boss fights.

Still, this is a game that has already seen release and review, so what would compel a double dip for owners? There are two factors to consider. First, XSEED is including all of the DLC costumes that were released à la carte for the original edition, as well as an exclusive Unshackled Bride outfit. As there are more than thirty of these things being tossed in, that’s a nice bonus for the fans. The most important factor is the Switch itself. By nature of the work that has been done to port this over, this version is the best portable version of Fate/EXTELLA available. Being able to take the large scale battles on the go is a huge bonus, and the structure of the battles allow for quick bursts of play without getting lost. This alone could be enough for existing owners. Those who haven’t already played this game and want something new for the Switch should pounce on this when it releases July 25.