A few years back, Crytek and Crytek USA showed off their vision for a new four-player co-op game. Hunt: Horrors of the Gilded Age would have tasked four friends with fighting off legions of horrors. It looked impressive, but fate got in the way. Crytek ran into financial issues and Crytek USA was shut down with development moving to the Frankfurt, Germany studio, and nothing about the game has been heard since then. Hunt reemerged at E3 2017, however, and it’s evolved into something far different.

Hunt: Showdown was officially re-revealed at E3 2017 and we were able to check it out. Showdown is a complete rework of the original concept. Though the core idea behind the game, hunting horrors in the Victorian era, is still there, the remainder of the title has been completely revamped.

Taking place at the end of the Victorian era, Hunt: Showdown takes place at a time where a world of horror is attacking our own. To fend off these horrors, groups of elite hunters head into the most corrupt, dirty, and darkest corners of our world to hunt and banish them. Gone is the four-player co-op from the original vision. In its place is a ten player PvP game where five teams of two go into a nasty swamp and compete for gold. 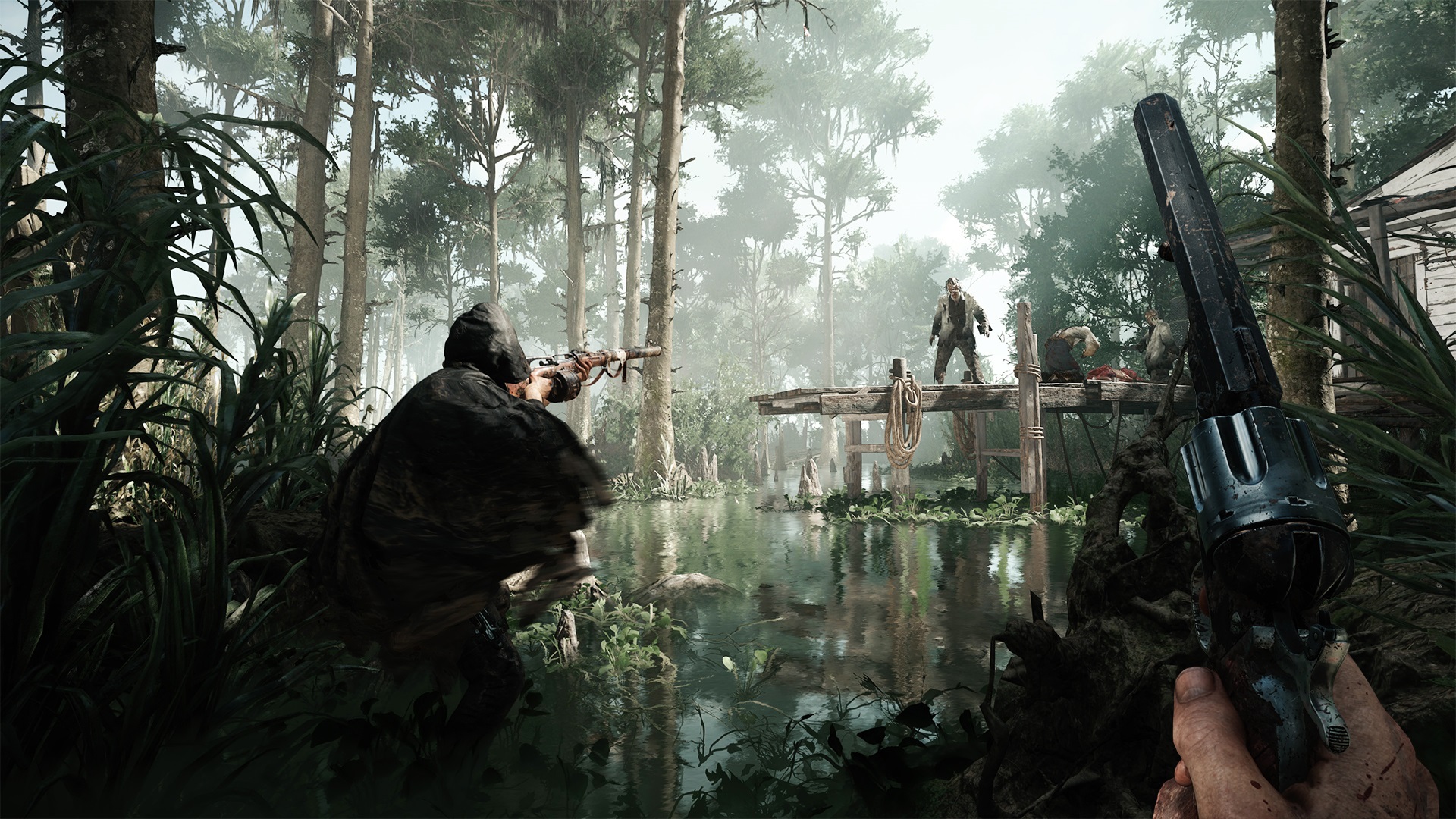 Matches begin with some basic info about the conditions players will face, and what type of enemy to look for. From there, players can pick their gear and weaponry, and what you bring is extremely important. Matches can last anywhere between twenty to forty minutes, and there are only a few ways to restock once the match begins.

Each team of players will start at a different point on the map and must then look for clues across the kilometer-sized map. Hunt: Showdown is as much about being the hunter as it is about being the hunted. Every action you take has consequences and could lead to your permanent death. Firing a weapon creates noise, which draws zombies towards you and gives opposing players an idea of where you are. Using essential items like the flashlight or flare may help you see in the dark, but are dead giveaways about your location. Of course, it is possible to use these items and sound to lay traps for your opponents, but you’ll want to use them sparingly. There are only a few areas on the map to restock ammo and gear, and there’s always the possibility it’s an ambush. 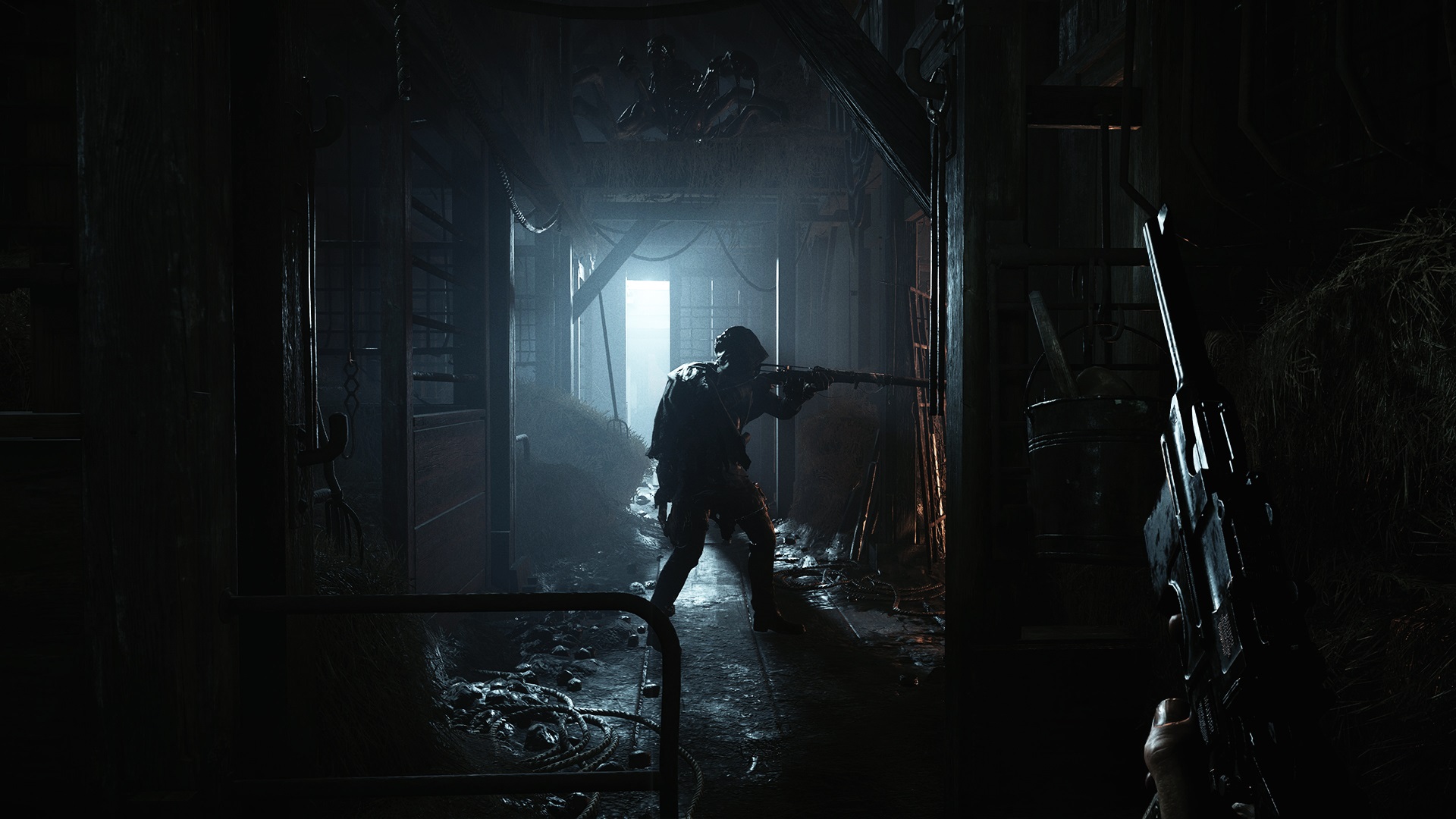 There are three clues players must find to get the location of the target. Once that’s accomplished, they can find it, kill it, and begin the banishing process. Banishing is the only way to acquire a bounty, and one of the most dangerous things a player can do. Once started, all players will be notified where it’s happening, requiring those that initiated the banishing to hold out until done. If successful, those players are then able to extract with their money.

Hunt: Showdown is tense. The sense of dread that falls over players as they struggle to stay alive and avoid their opponents is a thrill very few games have. However, it remains to be seen if Hunt can stay tense. Right now, Crytek is only planning to release one map. They assured us that, with fifteen places the bounty could be, the game would remain fresh. At some point though, players will memorize all fifteen locations, and then the game could become boring. 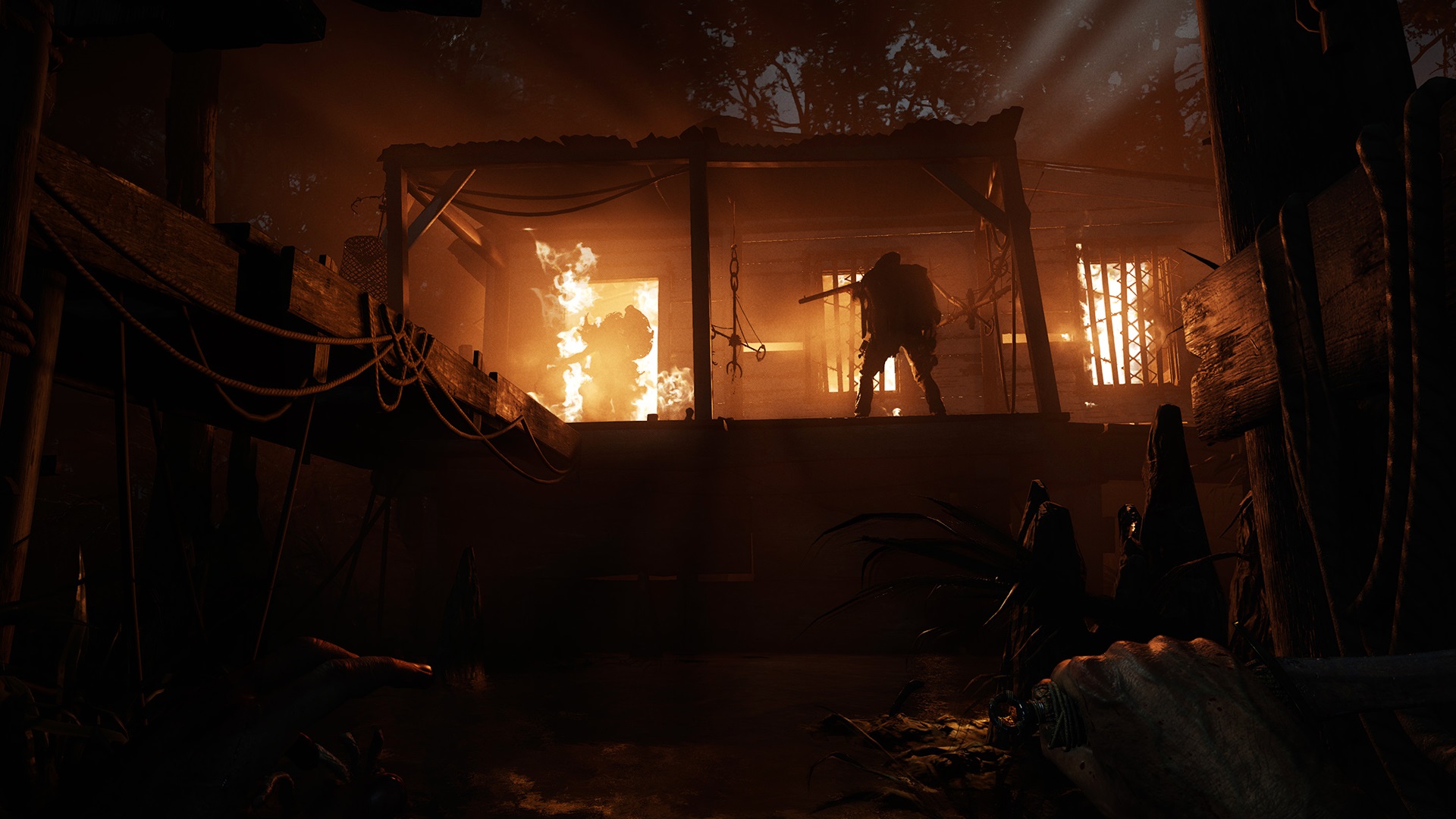 Still, Crytek is onto something interesting with Hunt: The Showdown. The tense situations players are put in and the need for consistent teamwork make Hunt an exciting proposition. While it’s disappointing Crytek is only working on one map, the emergent style of gameplay, expansive map and potential for new maps down the line suggest that Hunt could have a long life ahead of it. The game had a good showing and we’re excited to see more in the coming months.

Hunt: Showdown is planned for release on PS4, Xbox One and PC.