Taking to the field as the Lizardmen, the upcoming challenge was surveyed. There is a magical gate gilded in gold in the distance, a gate that my people would really like to have, all things considered. Sadly, some pompous elves were standing in the way, believing that they had sole ownership of the portal. Dividing my forces into various groups made giving specific commands easier; I checked my formation and commanded them to charge.

To be entirely honest, this was my first experience with Creative Assembly’s Total War series, so I wasn’t quite sure what to expect. Some options didn’t make tactical sense to me. For example, why in the world would I want to put my archers in front of my armored melee troops? Is there any incentive to grant mercy to a retreating foe when artillery can still strike from a distance with little worry about being led into an ambush? There are reasonable answers to these questions, but I stopped caring when my troops crashed into the defensive lines on the bridge. 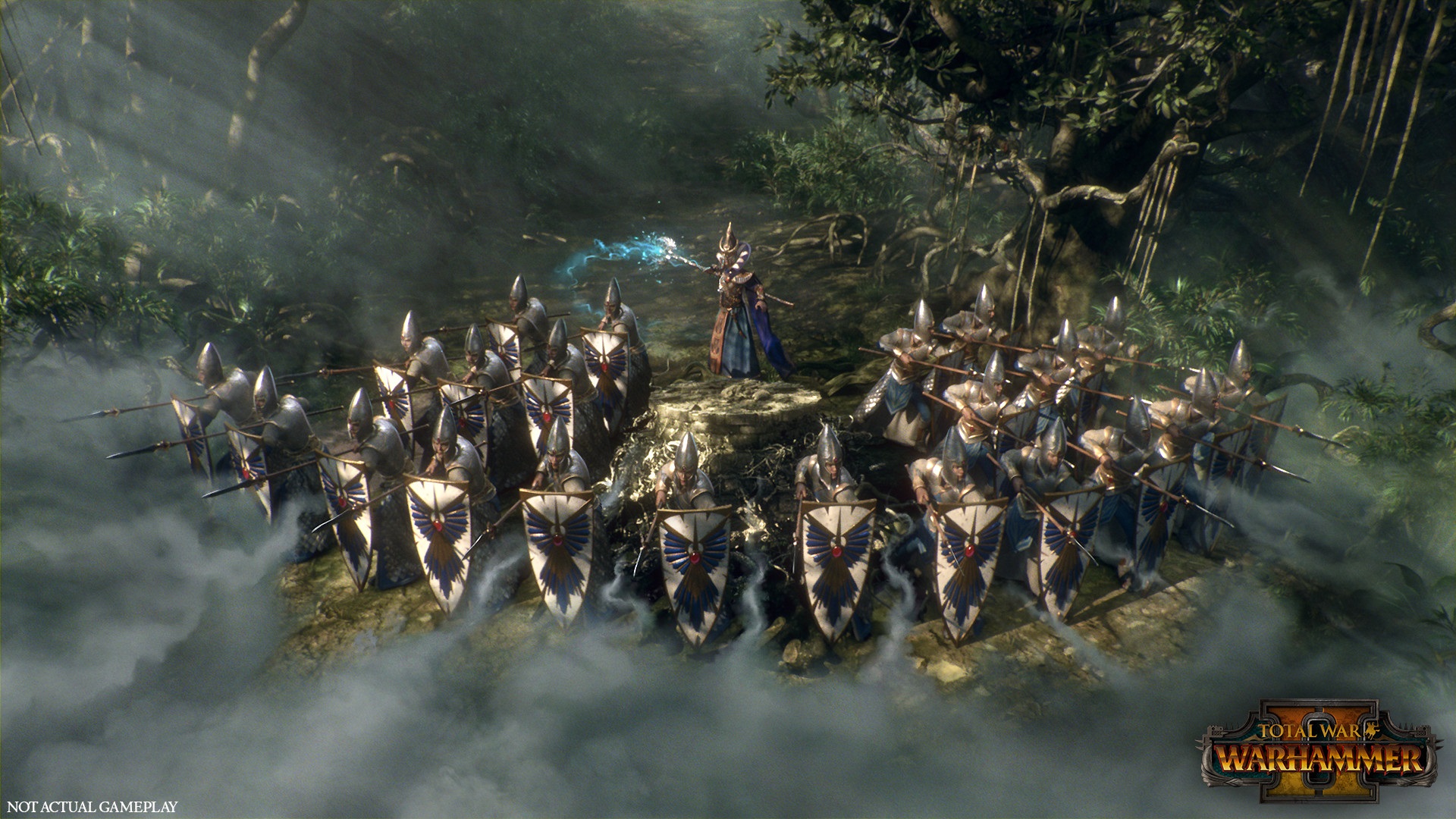 This first battle was a bit of a mess on my part. There’s a good chance that arrows fell upon friend and foe alike as the melee became entangled. Quickly, there were large hairballs of flailing limbs within feet of each other, and it seemed like no ground was being given. Realizing that I was probably doing more harm than good with my ranged weapons, I called them off. Then, keeping a token group engaged with the battle on the left side of the bridge to distract the elves on that side, I peeled troops off and sent them into the flank of the elves on the right side. That was all of the push that was need, and the elves broke in short order. As they retreated, I ordered my forces to the left side again to completely take the day.

It was at this point more Lizardmen arrived to reinforce my small army. It’s a good thing, too, as my melee fighters were all showing signs of exhaustion. Stopping on the bridge to reorganize my formations, putting the fresh cold blooded killers to the fore, I prepared for the final push up some stairs and to the gate. I decided to play it extra stupid this time, just to see how dumb I can get. (Editor’s note: There is no accurate scale…) Once again, there were two flanks of elves, with a large group in the middle. I set my artillery on the left flank, with a token close ranged guard, archers to the right, and the rest of the forces down the middle. The artillery seemed to do well, weakening the flank by the time the middle broke, allowing for a quick clean up. As the right side was archers versus archers, the results were less spectacular there. Still, the battle was won and the Lizardmen took the gate. I assume that they are still celebrating with suckling crickets and handfuls of grubs. 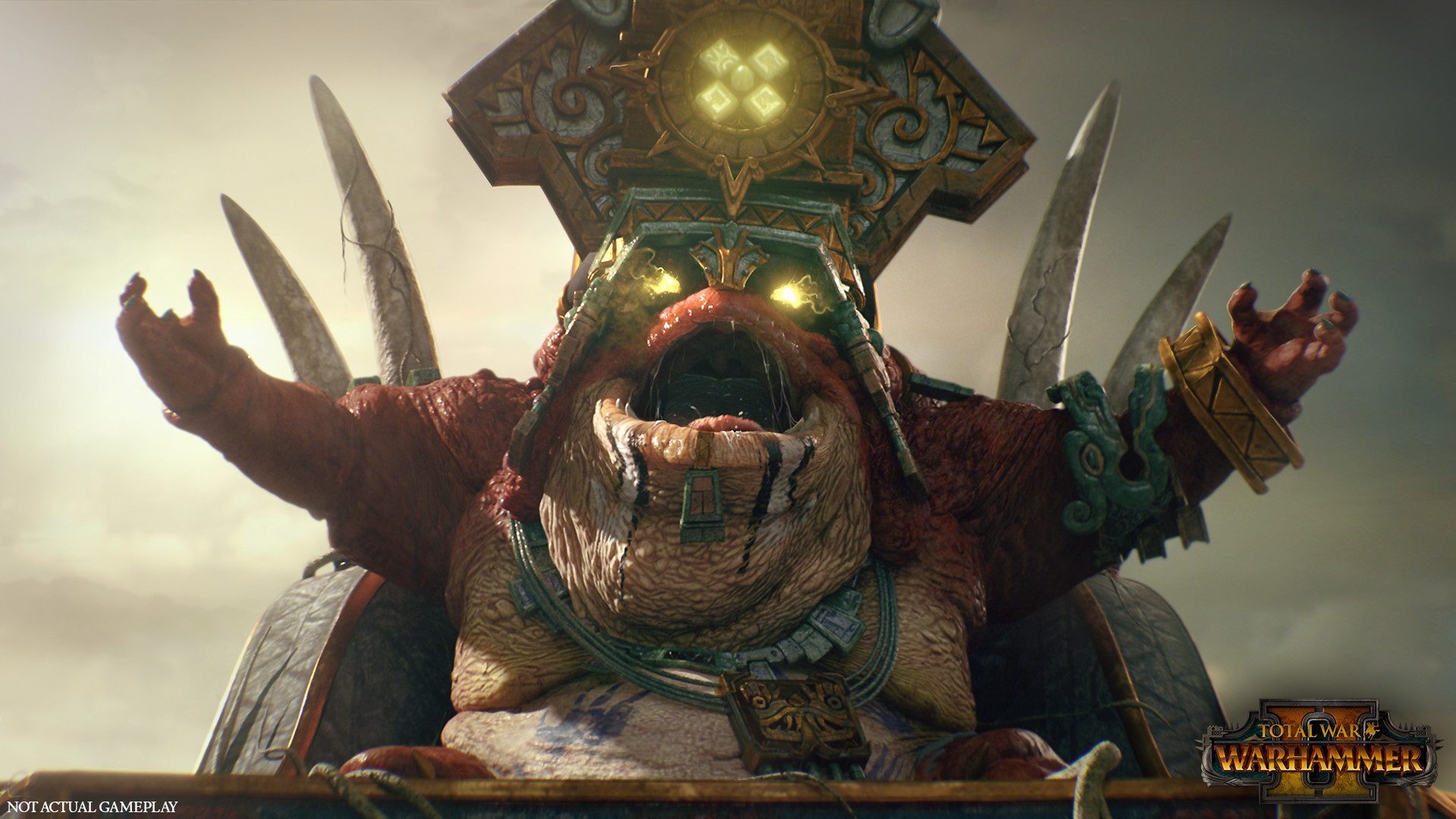 Now, veterans of the series are probably screaming at me for my blunders based on my description. There is no way I should have won. Well, before beginning, there were two difficulty options: Easy or Hard. I chose Easy, so the game slapped the protective helmet on before letting me go. I probably also failed to take advantage of my units’ abilities. The tool bar was loaded down with all kinds of options. But here is the most important thing: Total War: Warhammer II put me in command of a giant fantasy battle, the likes of which would rival Helm’s Deep. The decisions made had real consequences that revealed themselves clearly. Even a twit like me didn’t have to question what was going on, just how to fix it. Just imaging how things would work in the hands of an experienced player.

That, in the end, is what stuck with me the most about this game. As a neophyte, I had a fantastic time with just one mission. Even though the game in question is the second part of a trilogy, new players will not feel lost here. Players already invested in the series will want to see what happens next in the grand story of the war between the races, and it promises to be mind blowing. 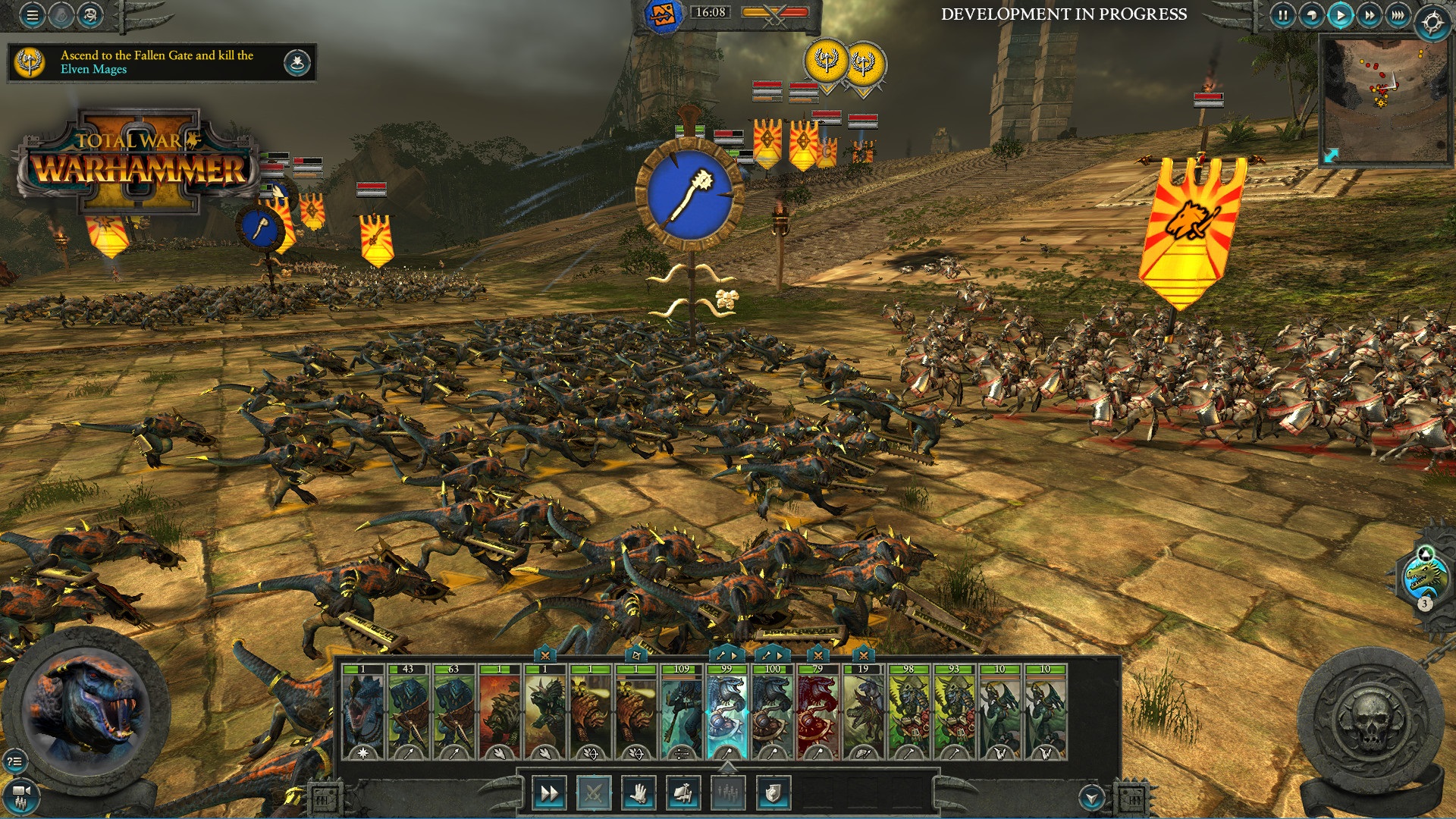 Finally, Warcraft players: come here. Look, guys, you can only play III so much, and Blizzard hasn’t even announced a new one yet. When they do, the development time will be years. You want something new. This is it.