When you think of Skydance, you typically think of movies. After all, this is the production company behind the recent Mission Impossible, Star Trek and Terminator films. Recently though, they’ve expanded into video games with Skydance Interactive. Interested in VR, Skydance Interactive believes it is the perfect medium where storytelling intersects with gameplay. Their ambitious vision for VR gaming begins with Archangel, a first-person shooter where players take control of a giant mech. We got to go hands-on with the game at E3 2017 to see how their vision is playing out.

In Archangel, the United States is controlled by a tyrannical government more interested in profits than it is protecting the freedom of its people. You are part of the United States Free Forces and have been selected to pilot a six-story tall war machine. 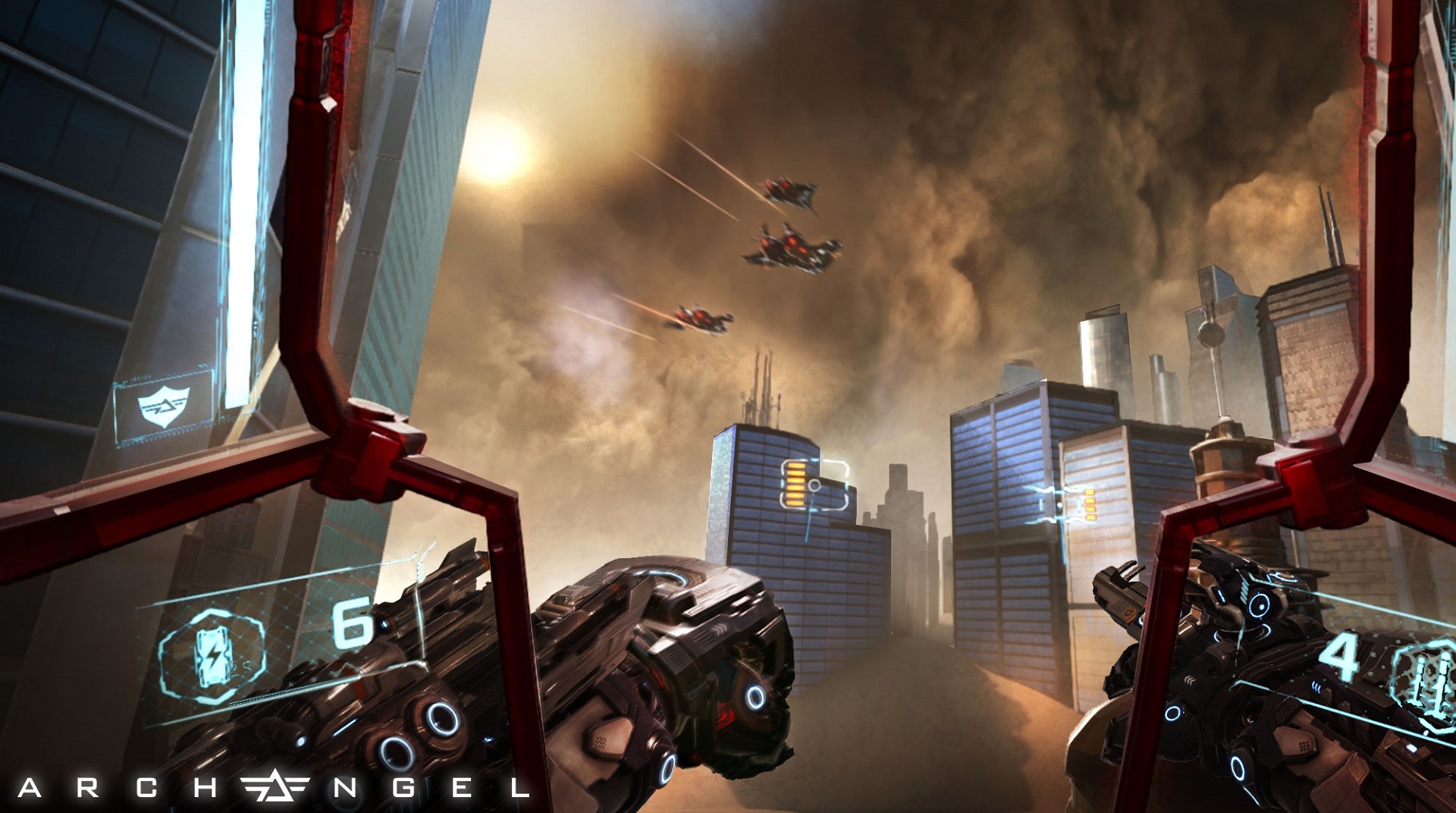 The demo began with us booting up our mech in the middle of the desert. Enemy infantry and tanks began surrounding us, prompting us to put up our shields. Pressing a button on each controller would activate a shield in each hand, and it helped for a little while. As the shield’s disintegrated over time, our mech was finally able to turn on a machine gun, which was mapped to its right hand. Later on in the demo, a missile launcher was placed in the left hand.

Archangel’s aiming is incredibly smooth and accurate. The reticles for both the machine gun and missile launcher went exactly where we were aiming the PS Move controllers. The control scheme does take some time to get used to, particularly using the left controller. Breaking years of muscle memory for using the left hand to move a character is going to take some time.

Like so many other VR first-person shooters, Archangel is an on-rails experience, which is a bit of a disappointment. We would have liked more control, especially since all three headsets have some form of input that would allow 3D movement (PS VR can use the Aim Controller). There are so many VR shooters that are on-rails and put players in the cockpit of some ship or robot. Based on the demo we played, Archangel just feels like a lot of other VR shooters.

Archangel is a visually beautiful VR title. The attention to detail in the cockpit is extraordinary, and it’s easy to find yourself looking all around and soaking in the details. Deserts are never the prettiest setting imaginable, but the world in the demo was pleasing to look at and made an excellent backdrop for blowing up all forms of enemies.

Archangel probably won’t be where storytelling intersects with gameplay. While the motion controls are excellent, there’s not much that sets Archangel apart from other VR titles. For those that already own a VR headset, however, Archangel is shaping up to be another solid shooter to add to your collection. It looks good running on all platforms and it plays just as well.

Archangel is out this July on PlayStation VR. The game will launch sometime later on Oculus Rift and HTC Vive.