VR shooters are stuck in a rut. Outside of a few exceptions, the majority are stuck on-rails. So few allow players to run around a 3D environment and that doesn’t look like it’ll be changing anytime soon. A few games, however, are willing to break the mold. One of those is Space Junkies. Developed by Ubisoft Montpellier, Space Junkies aims to provide fast-paced multiplayer in a 3D VR environment. After playing it at E3 2017, we feel comfortable saying that Space Junkies is awesome.

Space Junkies is a multiplayer game where players can participate in 1v1 and 2v2 matches. Players are flung into space for combat in spherical maps where debris and asteroids are your best friends. Much like a traditional first-person shooter, players will use the left stick/trackpad to move around the environment, and a combination of the right stick/trackpad and your head to move the camera. As one would expect, motion controls are used for aiming. 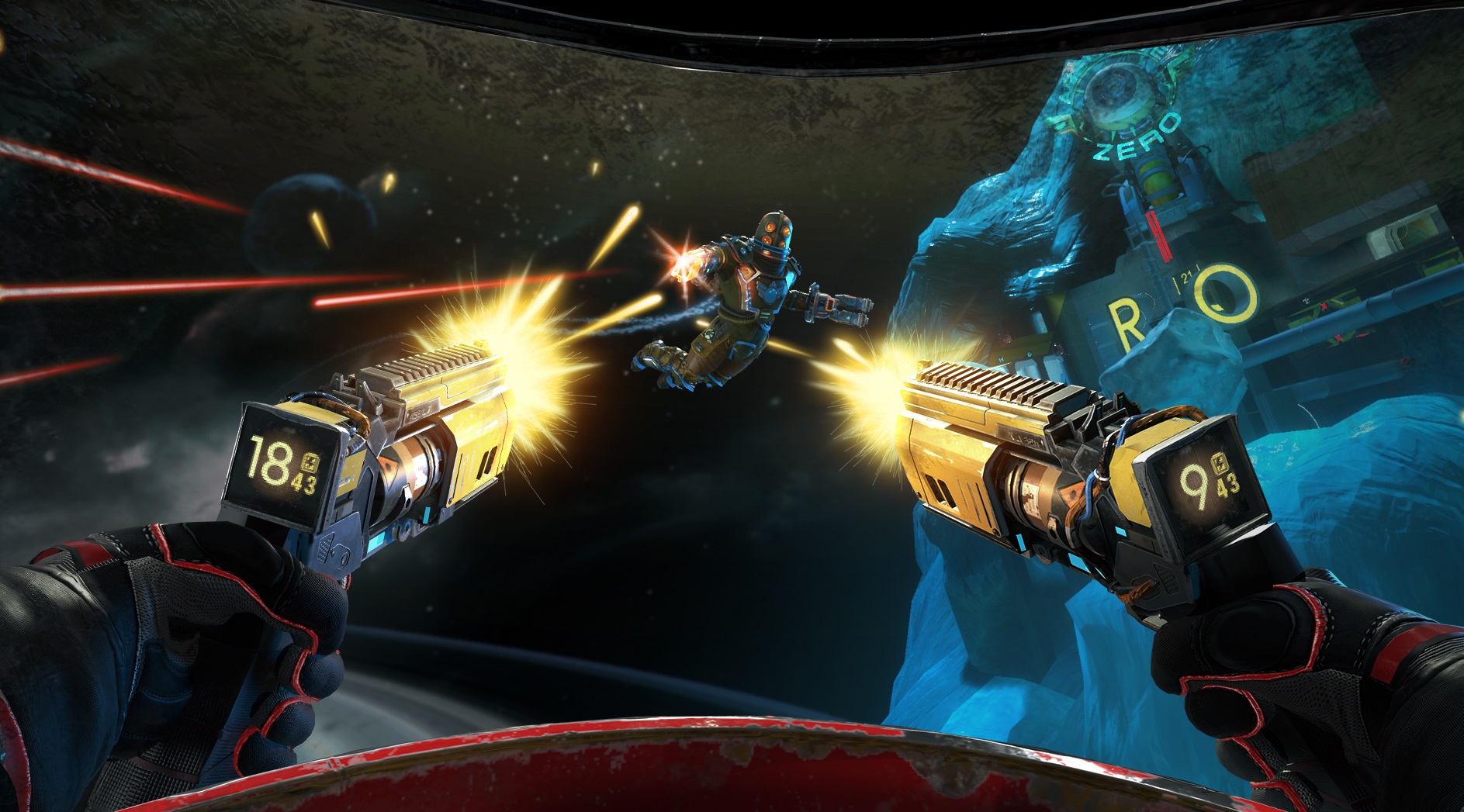 Regarding weaponry, players can pick up a weapon per hand, or use both hands to use a two-handed weapon. These weapons range from standard pistols, machine guns, and shotguns to more exotic weaponry like a slingshot, ray gun, and laser sword. Aiming is superb, and, after adapting to the controls, were even able to pull off some neat headshots.

What makes Space Junkies so special is its map design and that players can move in a full 3D VR environment. Trapped in space, players will need to use the full 3D space to hide and take cover. Asteroids and debris aren’t there just to look pretty but to serve as cover from attacks that could come from all directions. Part of mastering Space Junkies is understanding that you can attack from literally all directions. You can attack from above, or sneak up from below. There are a lot of interesting ways to play Space Junkies, and Ubisoft is providing their Montpellier developers the tools to make it all possible. Using a VR development system known as ‘Brigitte VR,’ Ubisoft Montpellier can design their levels in VR, allowing them to test how their maps are shaping up easily. All-in-all, this is one impressive shooter. 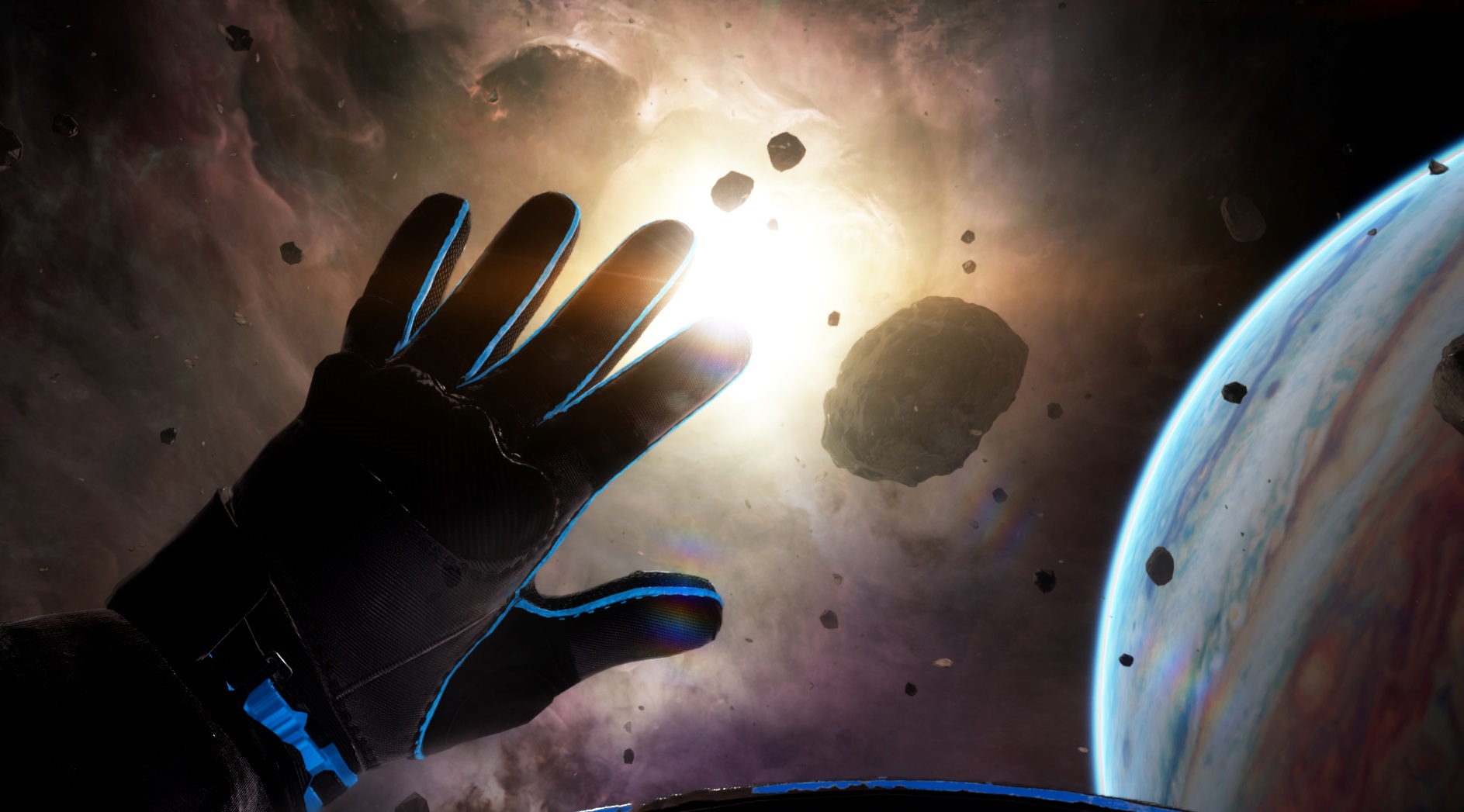 Space Junkies is planned for release on Oculus Rift and HTC Vive, but not PSVR. Speaking with the developers, the one thing holding back a PS VR release is the fact that PS Move controllers don’t give players a way to control movement. Oculus Rift’s Touch Controllers have physical sticks and the HTC Vive Controllers have the trackpads. The PS Move controllers, however, have neither, which makes it impossible to bring a game like this to the platform. If Sony wants games like Space Junkies to make the leap to their platform, they’ll need to find a solution to this problem.

It’s hard not to be impressed with Space Junkies. After playing so many on-rail shooters on VR platforms, it’s nice to see a developer bring a more standard FPS experience. Not only have Ubisoft Montpellier crafted an insanely fun competitive experience, but they might also have created one of the best shooters on any VR platform. Whether that becomes true will be entirely dependent on the final release, but so far they’re on the right track.

Space Junkies is out spring 2018 on HTC Vive and Oculus Rift.