There are some games that exist only to subvert expectations. Pony Island’s decent into escaping a satanically possessed computer immediately springs to mind. Developer Stress Level Zero is looking to hit that mold with their upcoming VR shooter Duck Season. The thing is, there is a major hesitancy to get into what this game does without spoiling the fun, so it seems wiser to just cover the basics of gameplay.

As a game, this is  title designed to tap directly into 80’s nostalgia. It opens with a child helping his mother bring in the groceries, only to discover that she has rented the year’s hottest game tape, Duck Season. Told through a pitch perfect series of videos that capture the aesthetics of the time, these video interludes help to make the game more interesting than it initially would appear. (This still isn’t in the spoiler territory, for the record.) 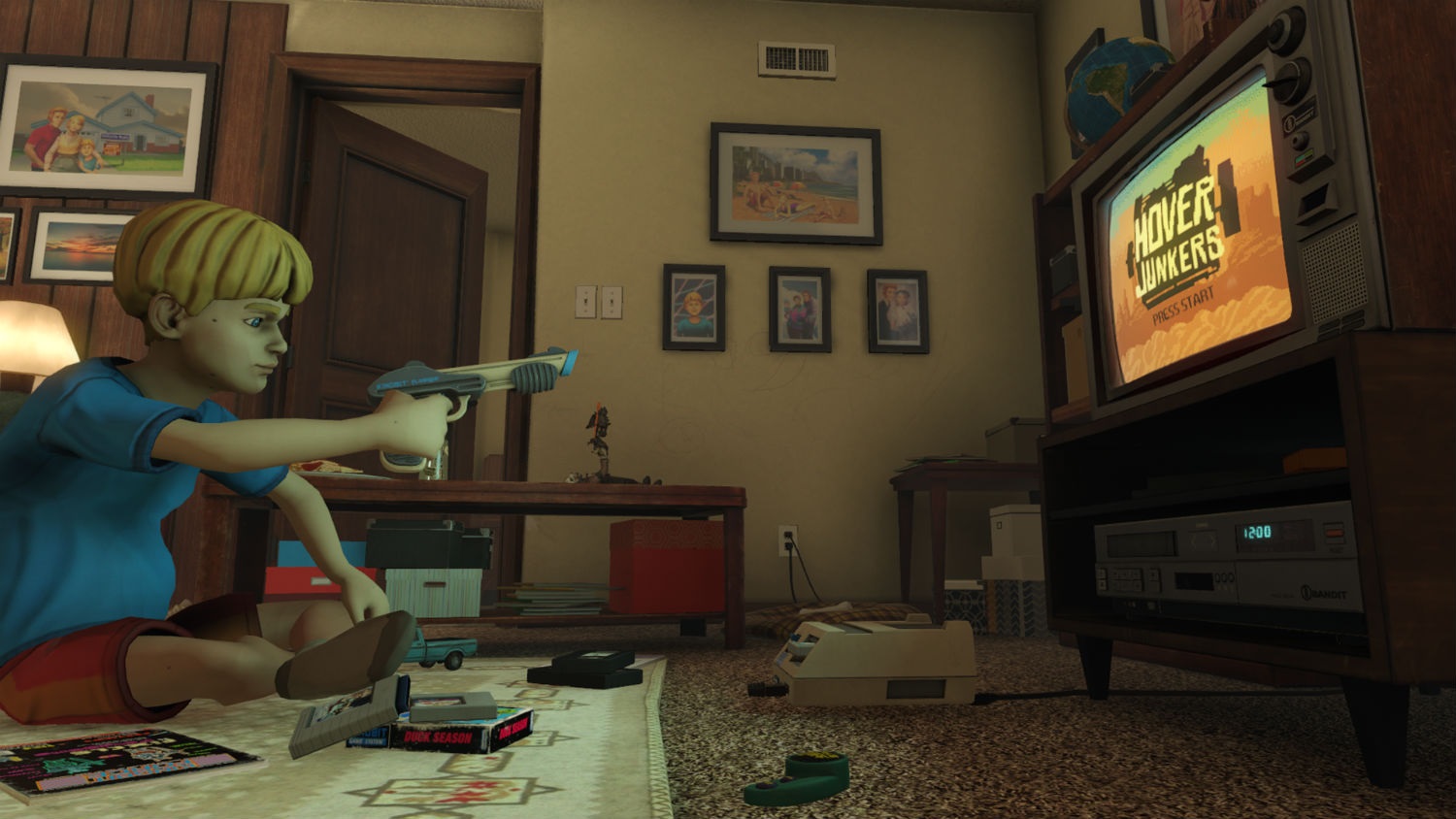 After popping in the cartridge, the player is transported into a living room, with a console and NES Zapper facsimile on the floor. Turning on the system and picking up the toy, a short, and rather funny, tutorial plays. Imagine Charlie from It’s Always Sunny in Philadelphia teaching about gun safety, and the tone and content is pretty much captured.

As far as the base gameplay, this is meant to be a homage to Nintendo’s Duck Hunt, complete with a similar counter and somebody jumping from the grass dressed in a dog mascot costume to taunt the player. Armed with a shotgun, ducks fly by and the player must shoot them down. This portion is actually more satisfying than it should be. The player holds pulls the trigger with the right wand, with left wand holding the grip and chambering a round between each shot. To reload, the player holds their left hand towards the ammo box that is resting on the bed of a pickup truck, pulls the trigger to cause a shell to fly to their hand, and feeds it into the chamber. 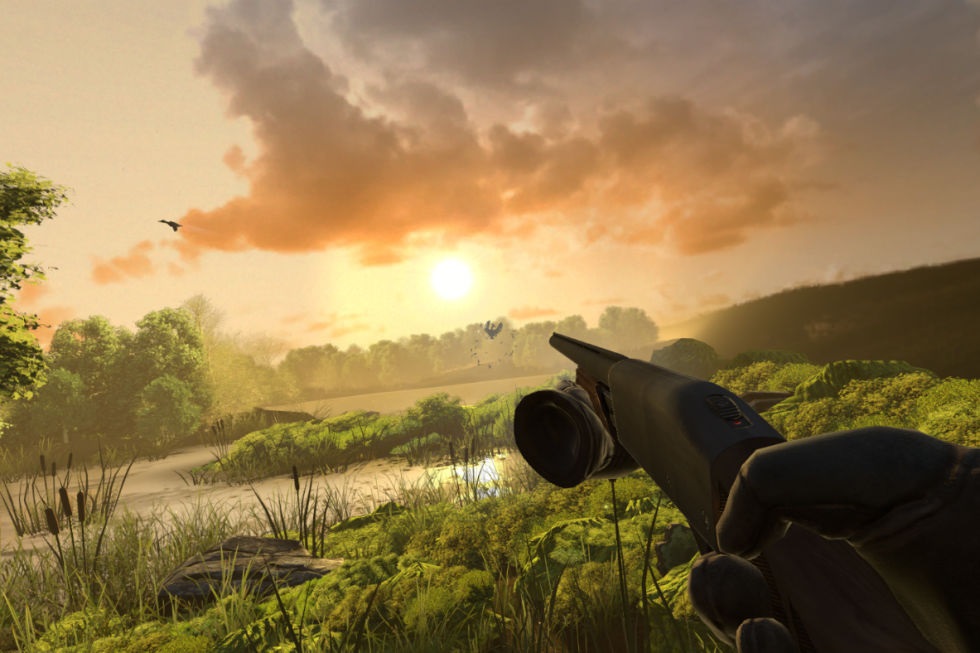 Other VR games have tried to do the two handed aiming thing before. What usually happens is instead of creating one pivot point for aiming, when just using one hand, it creates two. This results in proper targeting to become more difficult and frustrating. The developer played it smart here, with the second hand on the pump action receive a large amount of latitude. If this hand is a little off, the game still recognizes the intent and keeps the hand locked to the barrel and allowing aiming to feel much more natural. Hopefully, other VR games looking to incorporate gun play will take the solutions that Stress Level Zero have created.

As previously stated, this isn’t a straight Duck Hunt rip off. Things do get weird. Very, very weird. This is a title that goes a long way to be incredibly interesting and more than a little morbid. For this reason alone, it’s highly recommended that VR players keep a close eye on Duck Season as it nears release.