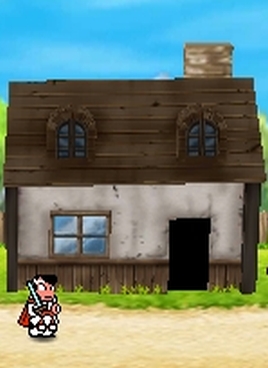 Last year’s River City: Tokyo Rumble delivered classic River City Ransom-style thrills, but with a zoomed-in perspective and some adjustments to the core gameplay that kept things fresh and exciting. Here, the beautiful Crystal Tower has been encased in darkness and the world has been plunged into darkness. A savior was long-rumored, leading to the debut of Alexander Volford and his friends. Knights of Justice takes the core concept of Alex and his friends doing good against evil-doers and gives it a medieval twist.

Knights of Justice shifts the setting from a modern city to a time of castles and kings and goes all in — changing the vocabulary of the characters just enough while retaining the signature comedy that allowed the series to shine so brightly many years ago. You will still jump and punch your way to victory, but now do so while fetching items for townsfolk and generally doing good deeds along your group’s journey. There is a greater emphasis on quests and tasks this time around, and while that does take the focus away from mindless destruction, it also gives the game a more focused feel.

Now when you beat up a group of enemies, it feels like you have actually accomplished something. While it was fun to beat up tons of goons before, it felt like busy work to farm for money and then get items and new moves. It served a purpose, sure, but you didn’t get a sense that a greater goal was achieved. By being given a goal of either finding something or beating up someone with a certain object, you both learn about the new world around you compared to prior games or get a sense that you are doing something to fix the presently-broken situation. The core gameplay does still provide plenty of satisfying action and it feels like a natural extension of the original game. You still run around large areas beating up people, but now you have things like zombies, goons dressed as dragons, and actual large dragons to to battle with. The settings are more varied than usual as well, with things like cities being used alongside graveyards, desert trails and even lush castles. Similarly, items and health pickups can still give you a leg-up on your adversaries — especially when you focus on increasing your attack strength and make use of timing-based attacks to learn. 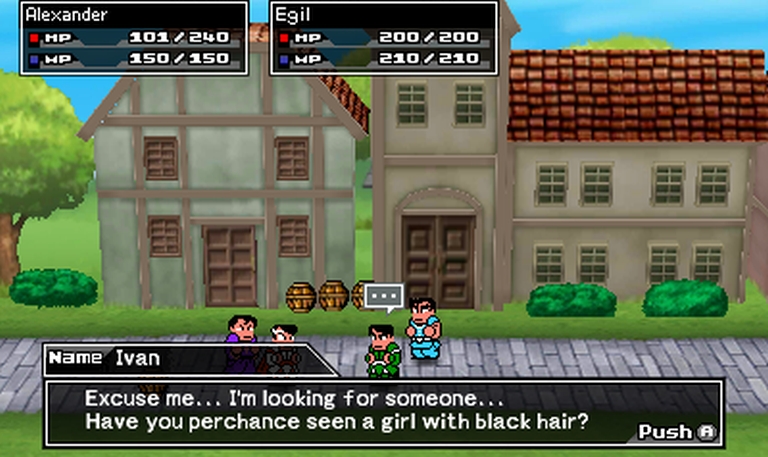 The best overall thing to do is boost as many stats as you can while also improving your skills. It may seem like this kind of game is a breeze to learn, but due to the stunted nature of the character models, you have to relearn your timing when compared to most other beat-em-ups. The 3DS game Code of Princess used much larger sprites, and was a bit easier to play on the device as a result, while this series always goes for super-deformed characters that are highly-stylized but take more time to learn. Here, you have a much smaller attack range to work with and can use weapons as ways to increase that range. This means that you’re always engaged in close-range combat, which makes it a more challenging experience than most others in the genre.

Weapons range from things like rocks that can be either used as a melee weapon or a projectile to things like swords that give you some range, but have limited uses. You can rely on them to get you out of a bind — but can’t use them at all times. No matter what you do, you will have to learn the proper placement to land a series of punches before eventually figuring out the spacing for jumping attacks. These give you a good mix of damage and safety when you aren’t surrounded, but if you are, then it becomes a matter of knocking one person down and getting some distance between yourself and the group or tossing one enemy into the pile to buy yourself some time. 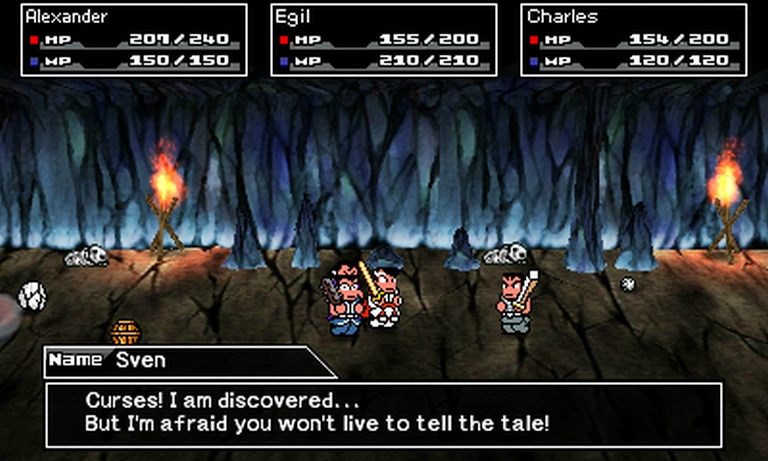 Making use of the high ground is also a key to success. With a large percentage of enemies on the ground, if you have an area to jump onto, like a ledge or something similar, you can attack enemies one at a time. Eventually, they will all jump up to attack you — but by whittling down their numbers, you can defeat them even if you wind up with fewer options to attack since you can’t rely on getting many weapons up there or safely doing a lot of jumping attacks without running the risk of falling off of your perch. Sloped environments can also give you an edge — especially if you’re lower, as enemy attacks won’t be able to reach you, but you’ll be able to reach them. Of course, this can backfire if you get overwhelmed with enemies, so your best bet is to attack quickly and efficiently to move on and avoid being put in a difficult position.

Visually, Knights of Justice is a mixed blessing. The traditional 8-bit style pixel art looks outstanding — but it stands in stark contrast to the sometimes muddy-looking polygonal textures used for environments. The in-game characters simply don’t fit into the game world very well — so while the environments themselves can look good at times, they still stand in stark contrast to the character art. Areas like the castle and graveyard look good, while the desert looks barren and towns generally just look like a mess of various shades of tan of grey. It’s a strange look and the characters themselves can be tough to see on the original 3DS or 2DS screens — without a zoom-in function like Tokyo Rumble, the game’s difficulty spikes a bit due to this issue as well.

Musically, Knights of Justice‘s chiptune soundtrack works well. It fits the fantasy setting nicely, so it wouldn’t be too out of place in a JRPG from the 8-bit era. However, it also has a fast tempo and fits right in line with the beat ’em up genre as well, allowing you to rain down fists and listen to some catchy music while doing so. The sound effects aren’t quite as high-quality as the music though, with generic thwacks that get the job done, but don’t really add a sense of impact to your attacks. Much like the graphics, the game doesn’t quite achieve its full potential when it comes to its audio as well. 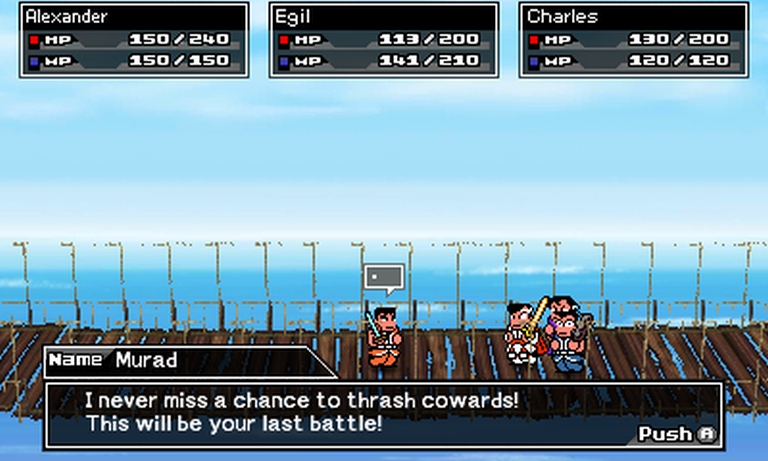 River City: Knights of Justice is an excellent beat ’em up on the whole. It has some graphical and audio shortcomings that drag it down, but long-time fans of he series will still find a lot of enjoyment here. There’s a lot of strategy players can employ thanks to the unique nature of the game’s environments, and when combined with the RPG-style character-building, gives the game far more replay value than many beat ’em ups. The small character size makes this a game better-suited for XL screens, though, as basic 2DS and 3DS screens are a bit too small to show off everything easily.