When it comes to choosing your hero for a video game, usually dung beetles aren’t at the top of the list. Yoku’s Island Express is a very specific sort of game though that makes perfect use of its insect protagonist. Named Yoku, this tiny, cute beetle strings along a ball with it everywhere. No, it doesn’t actually look like a ball of dung but more like a smooth rock or matte pinball. As it turns out, this plays into the gameplay perfectly, which makes this unlike protagonist choice totally sensible.

Yoku just landed on Mokumana Island with the hopes of becoming a new postman. This was meant to be the start of a simple life on a lovely island. Of course, something is up which troubles the residents. Our intrepid Yoku sets off – ball in tow – to help everyone out. That’s where the unique take on 2D platforming comes in. Sometimes you’re just jumping and making your way through an area. Other times, however, you’ll notice bumpers and flippers strategically placed on screen. At these times you basically transition into a round of pinball. 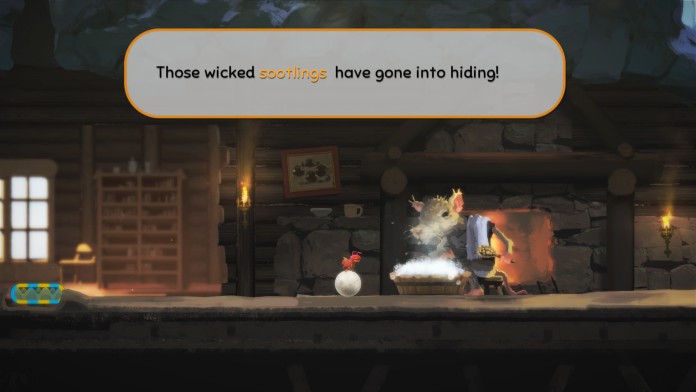 Instead of typical pinball with a scoring component, it’s more like a puzzle platformer using pinball elements. For example, there may be a switch that needs to be hit. The only way to get to it is by getting off the perfect shot when Yoku lands on a flipper. These pinball elements can stretch multiple screens and require a bit of exploration to figure out. Fortunately, Yoku’s ball makes for the perfect pinball stand in, ensuring that these segments of gameplay feel fast-paced and fun rather than weird. There is also enough of a back and forth between the pinball and more traditional platforming to keep things from getting overwhelming.

Yoku’s Island Express also plants itself firmly in the Metroidvania camp. There are four distinct environments to explore on its sprawling island map. Exploring the open world will reveal new enemies, friends and tons of yummy fruit for Yoku to collect. The atmosphere feels whimsical and charming to go with the unique blend of gameplay. The game’s artwork is bright and cartoony and its music fits along with these themes. This also holds true for difficulty. While there’s no doubt that pinball can be tricky at times, there’s no way to die. At worst, you’ll lose some of the previously collected fruit. 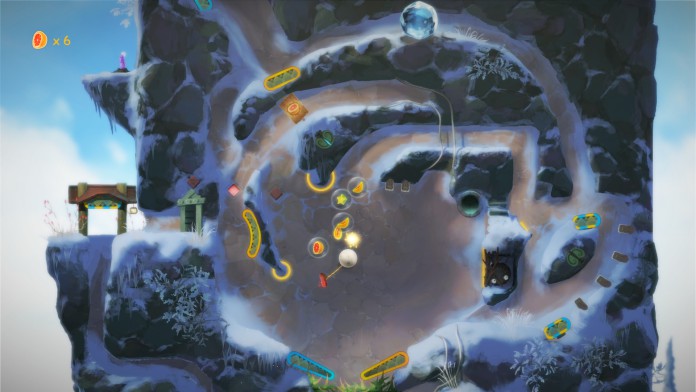 Keeping fruit is important because Yoku feeds these to the Fruit Altar. Aside from being part of the storyline (waking the island’s god is done through feeding it food) this also plays a gameplay role. Altars become checkpoints. They’re relatively frequent meaning you can always go and save any new progress during a gameplay session. Early on Yoku’s Island Express didn’t seem too difficult – but we definitely have to wonder how those late-game areas shape up.

If you’re charmed by the concept and world of Yoku’s Island Express then be sure to keep it in mind during the next year. The game is currently scheduled to launch sometime in 2018. Not only is it coming to PC, PS4 and Xbox One, but this pinball platformer is also confirmed for release on Nintendo Switch.