Sometimes games shamelessly wear their influence on their sleeve and then it’s up to players to determine whether this is a lazy attempt at ripping off a good idea or a heartfelt homage to trying to create their own vision while using something that came before it as a template. After talking to some developers and spending some time playing the game, Path of Exile seems to fall into the category of the latter. Path of Exile is unapologetic in the influence Diablo II had on it. Diablo III was not a bad game by any means, and the debate of DII or DIII being overall better is a matter of personal opinion, but there are some aspects DII did better, and that is character customization, which is something where Path of Exile followed the example set by DII.

Path of Exile was released in 2013 as a free to play isometric action RPG that proudly bears the label of Diablo clone. There are six playable classes to choose from, Ranger, Marauder, Shadow, Witch, Templar, and Duelist. Each class has its own unique set of skills, that can be equipped, leveled up, and customized by equipping various gems in different combinations to change their effects. While not identical to the Skill Trees in DII, it does offer a level of character skill customization closer to that then DIII does. While Path of Exile takes place in its own world with its own creatures and lore, the basic template of the game was Diablo. 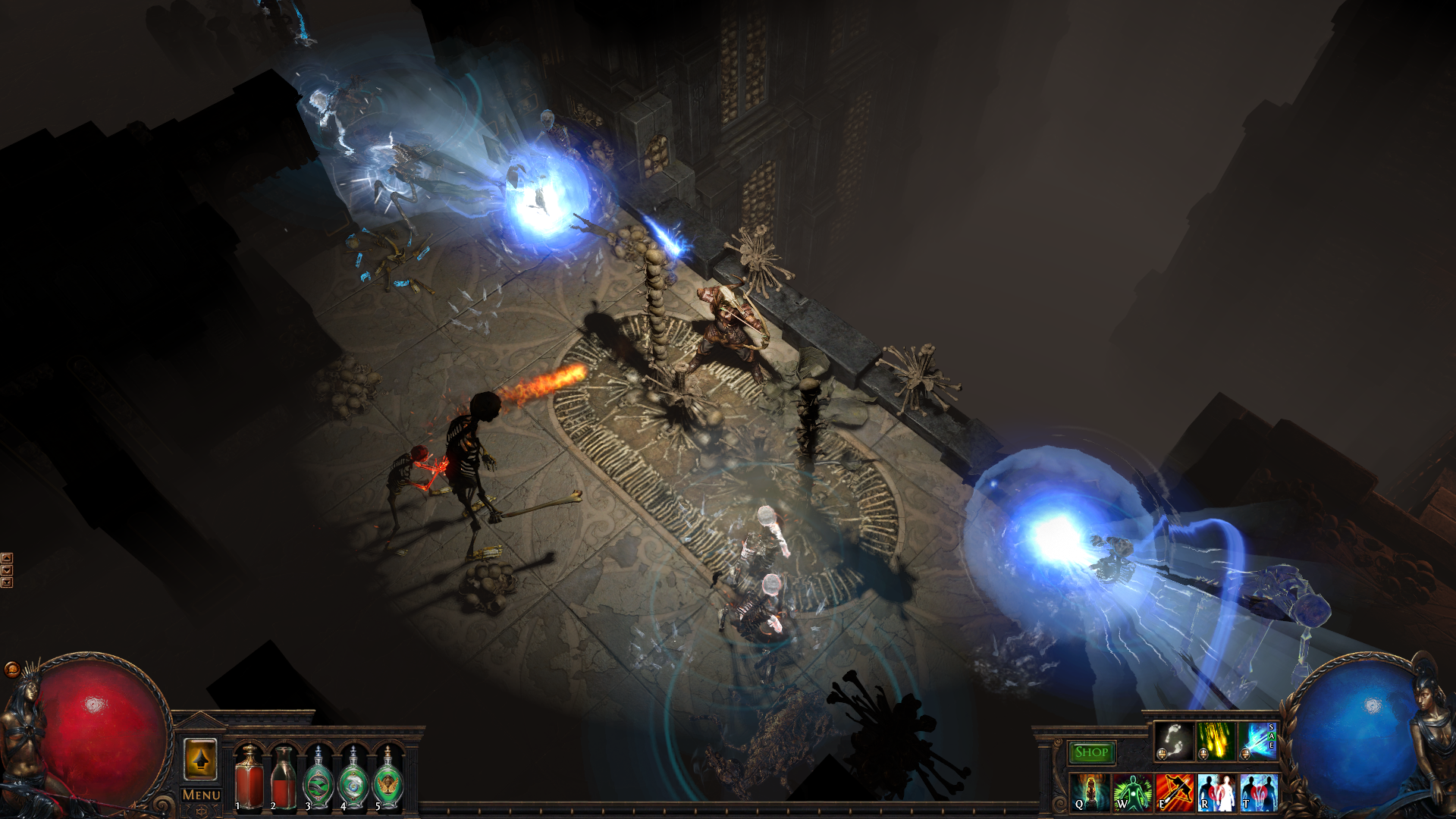 The sixth and newest expansion, The Fall of Oriath, sees the player return to Oriath in the middle of the slaves uprising against the Templars in a new fifth act. Oriath will allow players to travel to pristine temples, frozen mountain tops, and city streets erupting in riotous chaos. To make the story more complete, the previous increased difficulty system will be removed to make room for five new acts that will bring the player to new and familiar locations, and also allow the player to witness the aftermath of the trail of the destruction they left behind in previous visits.

The Fall of Oriath introduces a new Pantheon system, where players will be able to take powers directly from the gods themselves. Unsurprisingly, meddling in the affairs of deities does not typically go over too well with the divine beings and snatching the powers of the gods will probably not happen without a confrontation, but as they say no pain no gain. This update will offer dozens of new items to go along with new skills, new locations and new boss fights to add more power gem combinations to experiment with and additional content to keep even the most hardened veterans of Path of Exile plenty of things to keep them occupied. 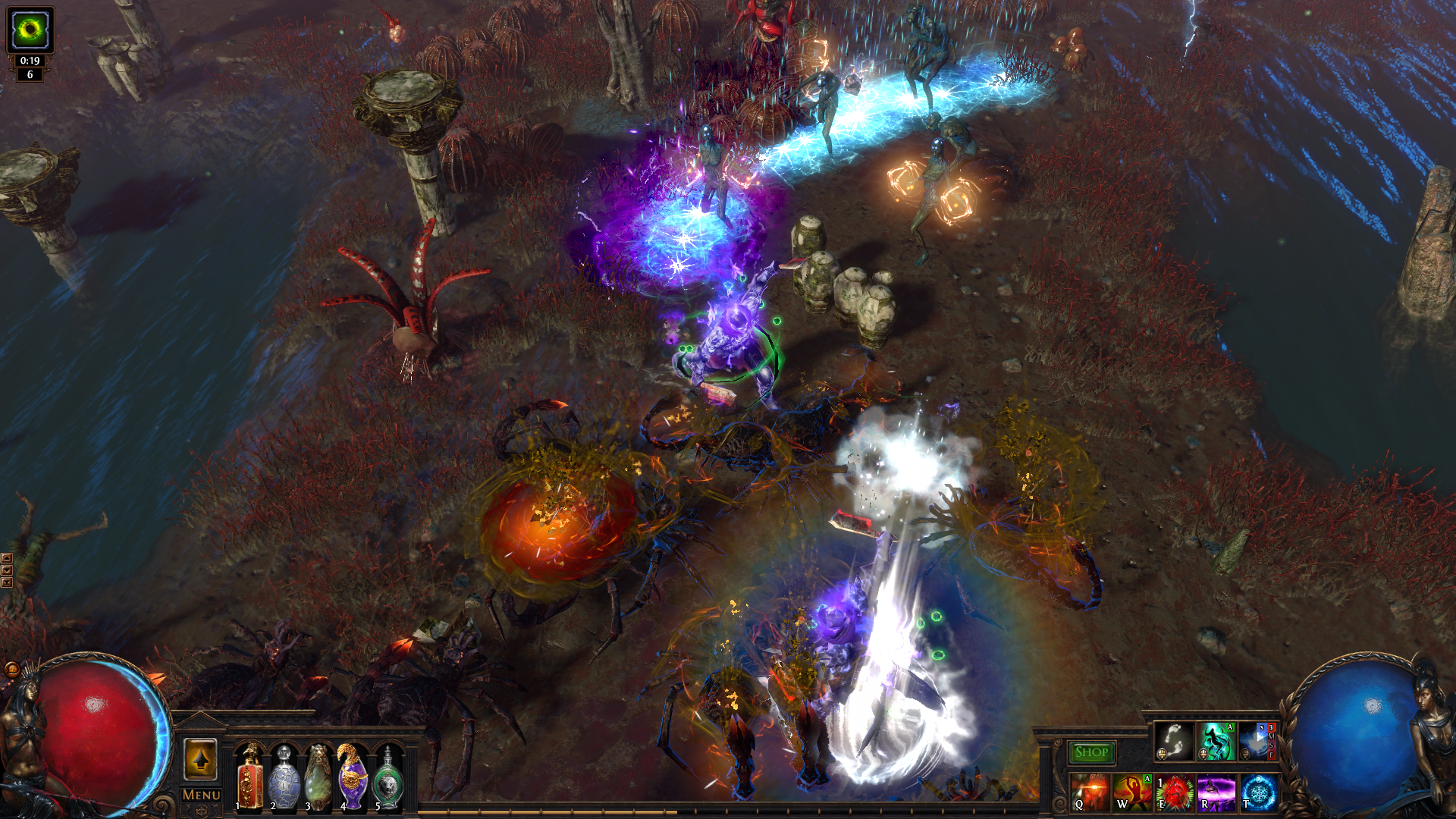 Path of Exile: The Fall of Oriath will launch later this year to coincide with its release on Xbox One. The Xbox One version will include The Fall of Oriath and all other previous content updates. Like it has been since the beginning, the PC and Xbox One versions will remain 100 percent free to play, with no required pay to win microtransactions but plenty of optional microtransactions available should the player choose to invest in the game. The gameplay of Path of Exile is nothing groundbreaking, but it is a well done nod to one of the classic franchises. Fans of the Diablo series, particularly the second entry, may want to check this one out if they want something new in that same vein.