After escaping from prison in The Escapists, it’s time to go back to jail and do it all over again in The Escapists 2. A lot has changed since the original game launched back in 2015, but fortunately, the stuff folks loved remains within the sequel. Obviously, The Escapists 2 is still a sandbox-styled prison escape simulator. It just takes what was awesome and adds so much more to the equation.

The biggest change to the formula is one that fans have been desperately asking for: Multiplayer. Yes, after all this time, heavy development has been put into adding both local and online multiplayer into the experience. This was done in as seamless a way as possible. In local mode, anyone can hop on the couch next to you and start playing via split screen. It’s drop-in/drop-out, meaning there’s no need to stick around for a super long gameplay session if you don’t want to. There are both cooperative and versus modes to try out with local buddies. 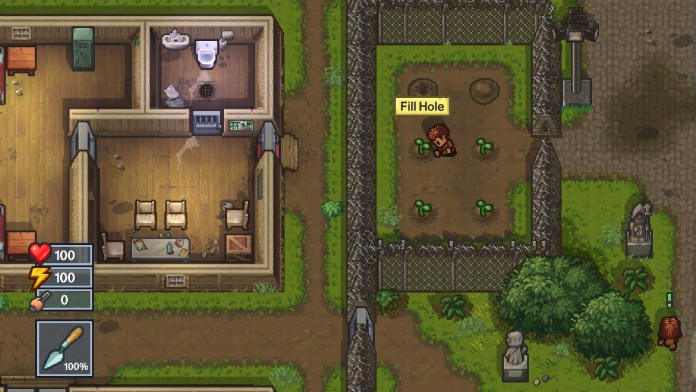 Local co-op players can even transition into an online game with their friend later if they like. All progress is saved, meaning you can pick right up where things left off in a local session. Or, players can always just opt to play online exclusively. There is a public online mode as well as a friends-specific one if the public are annoyingly trolling others in their prisons. With that said, there’s no requirement to use multiplayer if you don’t want to. It can be completely turned off to keep prison shenanigans tied specifically to NPCs.

The Escapists 2’s new features do not end with multiplayer. Everything has also been expanded tenfold. First, there are new ways to escape! Some even tie into other new aspects of the game. For example, there are now prisons with multiple floors. If you’re on a high floor, one escape method is to tie bed sheets together to rappel down the side. There are also new prisoner tasks on the menu (painting, gardening, joining a band, etc) and more items to craft. 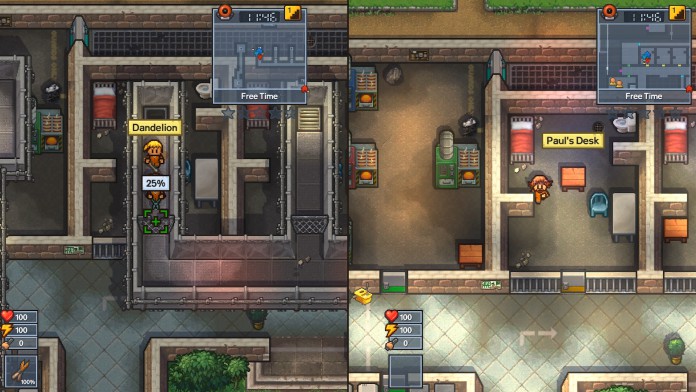 Visually, fans will realize that The Escapists 2 doesn’t quite look the same as before. The graphics were another update which keep things looking fresh. It’s kind of like the switch from 8-bit to 16-bit artwork in gaming. Along with this comes a ton of additional customization for your prisoner. Of course, if it’s too hard to decide, you can always go for a totally randomly generated prisoner. Even the prisons have changed in that each now has a theme. For example, there is a wild west themed prison alongside many other unique ones to escape from.

Finally, combat has gone from simple to more interactive. Now you’ll have the option to lock on, block and fight with light and heavy attacks. Suffice it to say, fighting now takes more skill than simply hitting the gym every day. This is symbolic of the changes in the game: everything has been expanded to be more engaging. All in all, The Escapists 2 improves in all the ways fans dreamed of. The Escapists 2 is expected to break out later this year on PC, PS4, Xbox One and Nintendo Switch.