The Pillars of the Earth by Ken Follett, originally published in 1989, is a tremendous piece of historical fiction which remains loved worldwide to this day. Since then, there has been a board game, TV miniseries and even musical based off the novel. It was only a matter of time until someone took on creating a video game adaptation. Thanks to Daedalic Entertainment, that’s exactly what we’re finally getting with Ken Follett’s The Pillars of the Earth for PC and consoles.

As you might expect given Daedalic’s propensity toward adventure games, this title is a brand new 2D adventure. In particular they’re calling it an “interactive novel” (though it appears far more interactive than a visual novel or text adventure). With that said, it also feels thoroughly modern with a wide variety of gameplay features to keep things fresh. First off, just as with the novel focused on different characters, players will assume the role of three distinct characters throughout this episodic journey. Each character offers their own perspectives and events to experience. For example, a young boy living in the woods is privy to events from a very different viewpoint of a monk within the town of Kingsbridge. 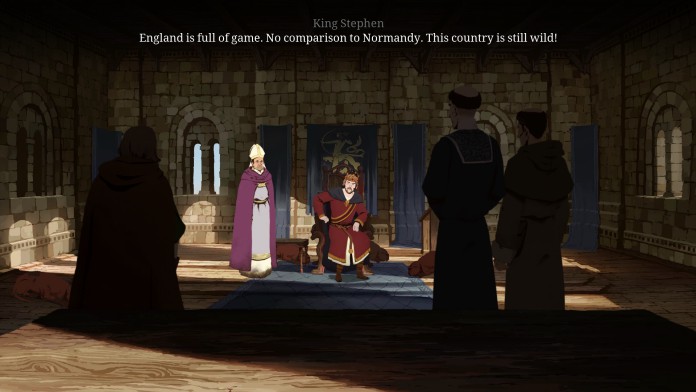 You certainly don’t need to have knowledge of The Pillars of the Earth book to enjoy its video game adaptation. It manages to introduce characters extremely well and immediately gets you intrigued by their lives. However, it would definitely make the experience more enjoyable to have existing knowledge of the story. This is due to the fact that you can actually influence scenes from the novel. In some instances, you may completely change the path of a character’s storyline due to choices made earlier on. Definitely get started reading now if you’re interested, as the novel weighs in at over 1,000 pages long!

The Pillars of the Earth is a downright gorgeous title. If you thought adventure series’ like Deponia looked awesome then be prepared for an even greater display of talent from Daedalic this time around. The visuals feature pre-rendered backdrops which allows for incredibly detailed environments. Characters look great too – slightly cartoony but still highly relatable and serious. Animation has also been improved, leading to an overall highly polished release. All of this aids the core gameplay of talking with a multitude of characters and making other choices along the way. 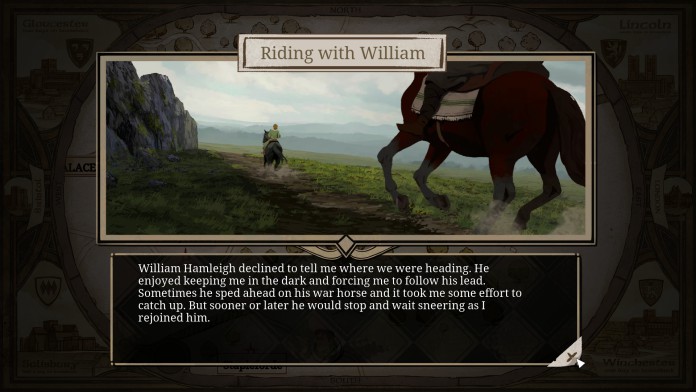 Dialogue offers a great deal of decision points. These choices affect how characters feel about you. For example, being kind to someone who seriously dislikes you might eventually turn them to your side. Choosing not to make any choice is also valid, though it might lead to some unexpected results. Other choices involve deciding what action to take (or not take). For example, when playing as a hungry child, you can hunt for food or fail at this task. With so many little choices available early on, it seems that the game will be full of moments like these.

Expect to see The Pillars of the Earth Book 1 “From the Ashes” launching on August 15 for PC (Windows, Mac and Linux), PS4 and Xbox One. This will just be the start of the three part episodic series. Books 2 and 3 do not yet have release windows, but more information shall be revealed about both upcoming episodes at Gamescom.