The old video game saying of “war never changes” is getting to feel a bit outdated. Of course that’s part of a fictional story which has nothing to do with other titles but the phrase itself could never be more wrong. Total War: Arena uses various features and mechanics to prove war always has the ability to change and nothing should ever be predictable.

In this upcoming title, you will be able to launch epic battles against players in a world that isn’t very different from our own. There different armies and nations from historic eras such as Romans, Barbarians and Greeks. While that in itself is realistic, everything gets taken a step further as you guide your forces into the war zone. Gameplay is similar to previous RTS titles, but Total War: Arena uses unique methods to give you freedom in conducting your plans. 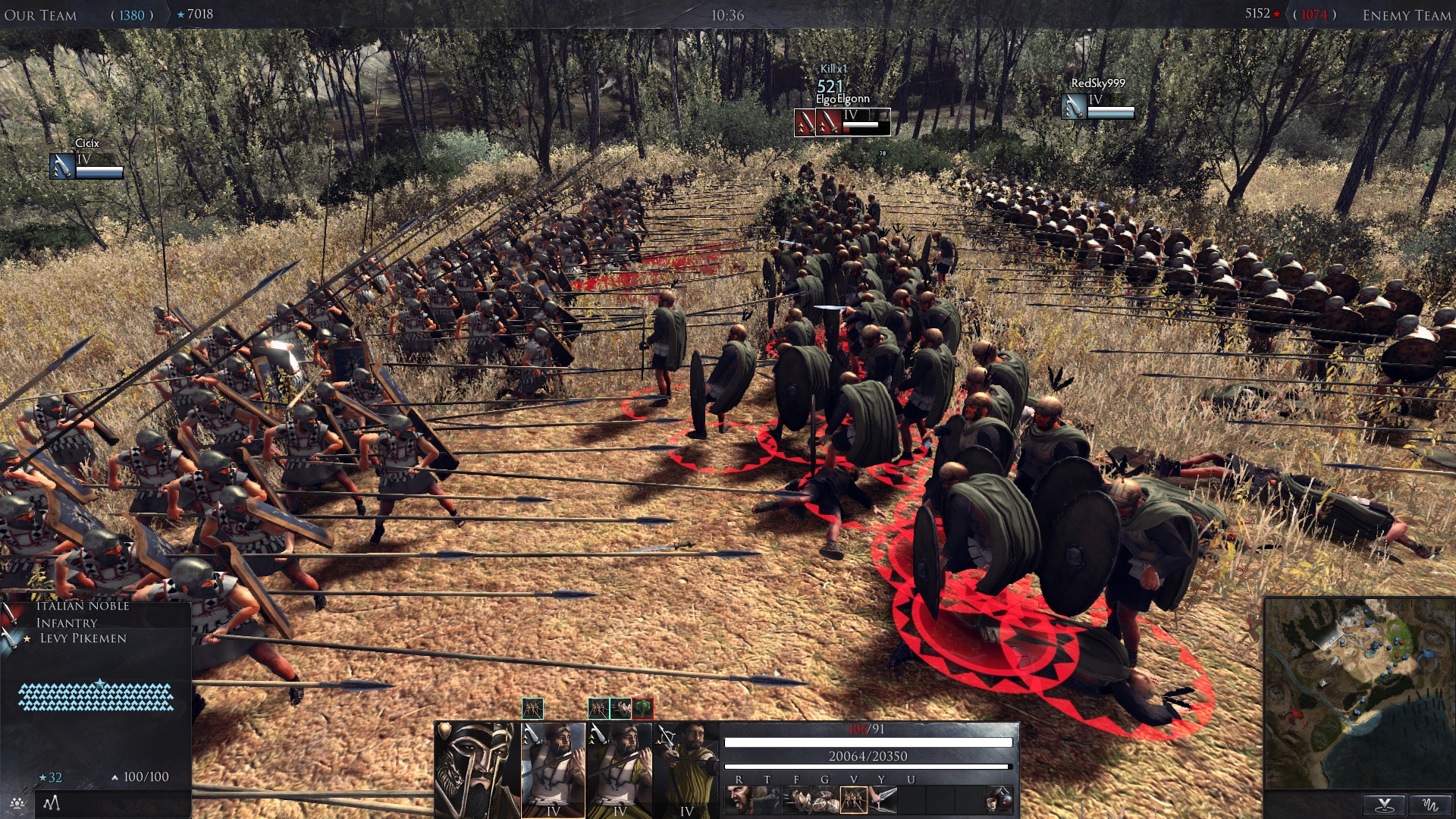 Large, sprawling landscapes are designed to appear as life-like and majestic as nature intended. Paths around mountain ranges can vary and lead you to different locations which may prove best for sneak attacks. Setting up a group of archers on high cliffs means you get the upper hand should your opponent approach. Use trees and tall grass as cover from enemy fire. They have taken successful strategies and incorporated it into a video game with great accuracy. It’s up to you to adapt to the ever-changing landscapes of war.

Troops can get in on the action as they can receive various upgrades at your camp base. Heavier infantry will be able to hold the line better against invaders while scouts can become speedier and patrol ahead. Even the type of ammunition for catapults can be changed up. Units also have a revamped moral meter in this game which plays a huge part during skirmishes, perhaps more so than health. It really puts things into perspective that these characters are almost human and may feel like giving up sometimes or they shall persevere and fight back with all their might. Gameplay relies heavily on customization which makes sure each battle has the potential for different outcomes. Maybe your first time playing results in just two surviving soldiers while the next round leaves you with everyone; it all comes down to how you want to enhance your army. 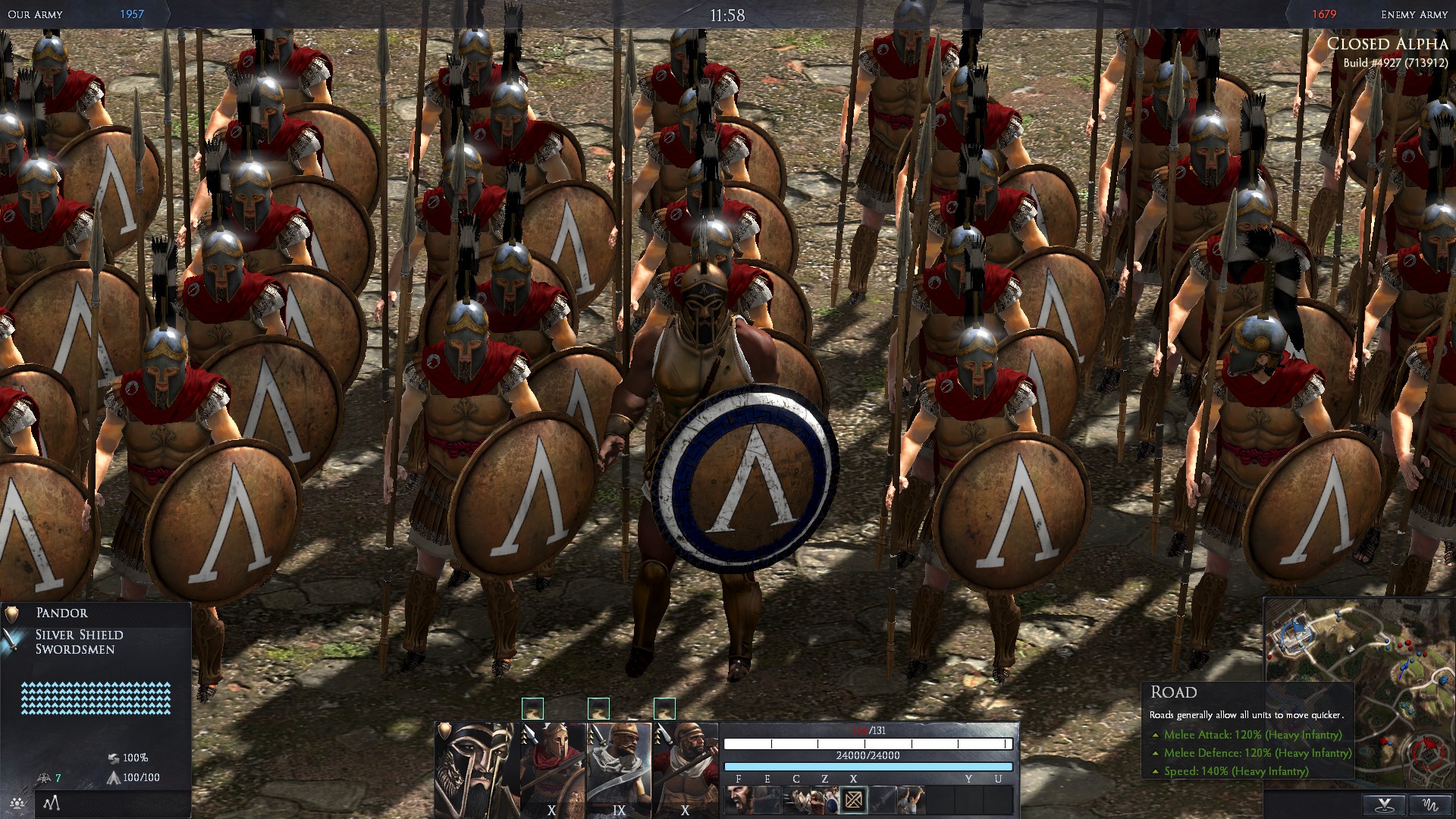 Armies are led by the faction’s head general, each of which receives their own trait skills and attacks. This isn’t necessarily realistic, but Total War: Arena can get away with adding a few bits of fantasy. These can be adjusted for quicker cool down or increased acceleration. It adds to the unpredictable nature of the fight since it could be different from an ally or opponents. Nothing will be exactly the same when comparing each of the units.

Action takes place online for 10-on-10 matches. You, along with nine other users, must be the last ones standing or be the first to capture the other side’s base. It’s similar to forming ally ties with neighboring nations to defeat others; something that has always been found in war. There is a learning curve to experience and a beginning tutorial will shed light on the gameplay. You will soon find that every detail has positives and negatives which adds new layers to your strategy. Going in with a plan is smart, but it’s going to change — drastically. That’s just the reality of war and quite possibly the only thing about such an event that would actually never change.

There will be Beta testing coming in the near future for Total War: Arena. The game has been in the works for a couple of years from Wargaming Alliance and Creative Assembly. It’s showing promise as a groundbreaking way to present a strategic, military-themed campaign based on historic realities.