A few years ago, many hypothesized virtual reality was finally poised to take over gaming. We now live in a world where VR headsets are readily available for PC, PS4 and mobile phones. With that said, it doesn’t yet feel like the technology has caught on fire with the general population. Outside of Samsung’s Gear VR, which requires a Samsung smartphone for use, the novel technology is still priced out of most consumer budgets. There’s also a lot that still needs to be worked out from a technological perspective.

Pico Interactive, Inc. is one company hoping to bring virtual reality to the masses. They’ve taken the most obvious, expensive component of VR out of the equation – the separate device required to power it. The HTC Vive and Oculus Rift both require a powerful PC or chunky laptop to run. PSVR, of course, expects a PS4 system to do anything. Finally, smartphone headsets such as Gear VR, Daydream, and a cavalcade of others still need a $300+ smartphone to run. The upcoming Pico Neo is a totally stand-alone device.

Although there is currently no price on the Pico Neo, their existing headset the Pico Goblin is priced at $269.99. It’s a bit tough to gauge what this device might cost, but it brings with it other perks than not needing to own some external high powered device to play with the headset. As a totally stand-alone product you’ll also be free of cords! Virtual reality is meant to put players into amazing worlds untethered from reality. Unfortunately, it’s hard to not feel tethered when there’s literally a bundle of cords connecting you to a PC or PS4. Eventually it’s expected that all headsets will go wireless, but at this point it’s still an exciting feature. 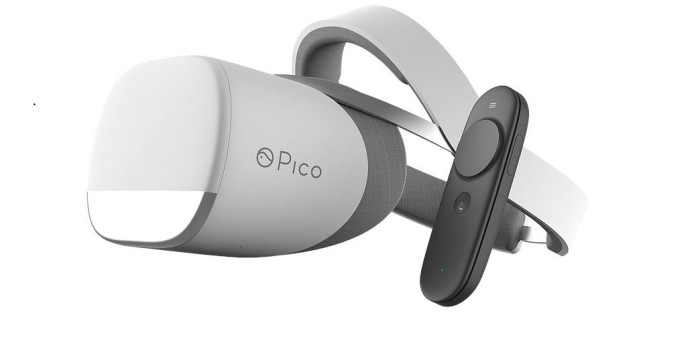 Both the existing Pico Goblin and upcoming Pico Neo come with a small remote-style controller. The controller itself is a bit like the Gear VR’s, with a large circular touchpad in the center. Then there is a button above, another button below. The controller is undoubtedly simple, but brings with it motion controller playability. For example, you can use it to “point” within VR to move objects, or alternately, wave it around to mimic throwing objects. It works well but probably wouldn’t support more complex games like Vive or Rift controllers do.

The design of Pico headsets is a step above other mobile-styled headsets. For one, without the need to strap a smartphone in front, the headset doesn’t weigh your head down or get incredibly hot during use. Aside from that, the ergonomics feel similar to a Gear VR – just lighter overall. An unfortunate decision was to put the power/reset button in a spot where you’ll likely bump it when trying to put on the headset. Sure, it’s something you’ll get accustomed to watching out for, but it’s surprising this design choice continues to be made my multiple headset manufacturers. 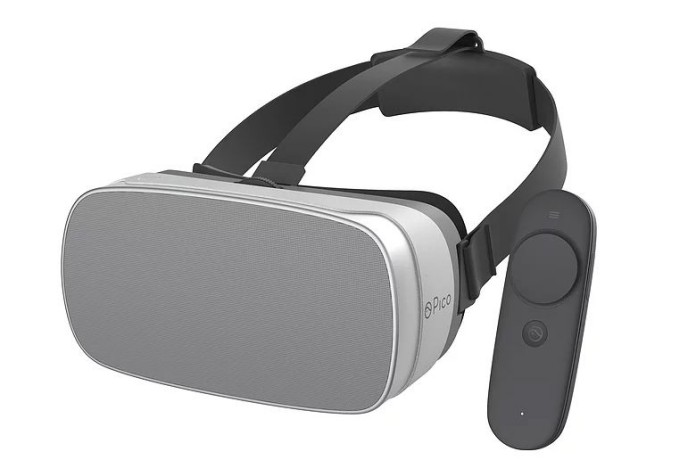 As for the device itself, Pico’s headset performs amicably. You can stare straight forward and play if you like, or move your head about to look around the full 360 degrees of an environment. The games available vary from barely game experiences to arcadey fun, and that’s about what anyone should expect from a VR headset at this point. It remains to be seen how many developers will continue to support platforms such as Pico in the future.

If you’re curious about the tech specs, the Pico Neo features two 3.5 inch AMOLED displays (each with a resolution of 1440×1600) and 90Hz refresh rate. This equates to a 3K resolution in total. The headset offers a Qualcomm Snapdragon 835 processor and 4GBs of RAM. Virtual reality fans hungry to try out the Pico Neo can find out more on Pico Interactive’s website.