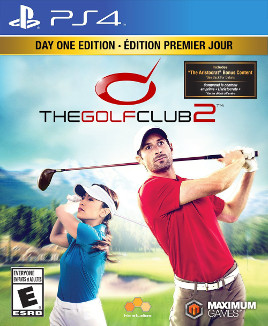 Despite my personal experiences with golf only involving recklessly driving a golf cart around while imbibing beverages and Happy Gilmoreing the ball, golf is considered to be a sport fitting members of high society and has a certain amount of class to it. The Golf Club 2 recognizes that feature of the game, and doubles as not only a sports game where players can compete on the green, but also try to build a swanky society as they raise the social standing of their clubhouse to the top. With a game that is part sports and part clubhouse management, the question at hand is whether or not The Golf Club 2 is worth a membership.

The Golf Club 2 has an interesting play mechanic for swinging the club and it begins with a quick tutorial to help apply their knowledge of real life golf (if applicable) to the game. The basic swing works by pulling back on the thumbstick to raise the club, and releasing it to swing. The game will evaluate the player on the speed for raising and swinging the club as well as the accuracy of the shot. This mechanic feels strange for maybe the first five to ten attempts but ends up feeling natural quite quickly. Being right handed I “swing” the club with the right thumbstick, but at the beginning of the tutorial the player is asked if they are right or left handed which is a nice consideration since I don’t think I would have picked up the swinging mechanics as quickly if I had to use my left thumb.

Getting basic swing down is easy, but then the player learns about the finer points of it. Selecting the right club for the shot is important and that can be switched up easily, but there are other factors to consider like the slope of the green, wind direction, and if a standard shot is appropriate or if it would be smarter to switch to flop shot or chip shot. Maybe the club should be brought down more slowly, or maybe only raised about halfway to not over shoot. All these concepts are presented in a way where it is easy to understand them and pick up on them quickly, but learning how and when to use them on the fly will either require a strong understanding of golf or a lot of time spent playing The Golf Club 2. A common criticism of its predecessor is driving the ball was easy but the game mechanics fell apart on the putting green. This is feedback the developers listened to and made the putting game feel as natural and responsive as the rest of the game. 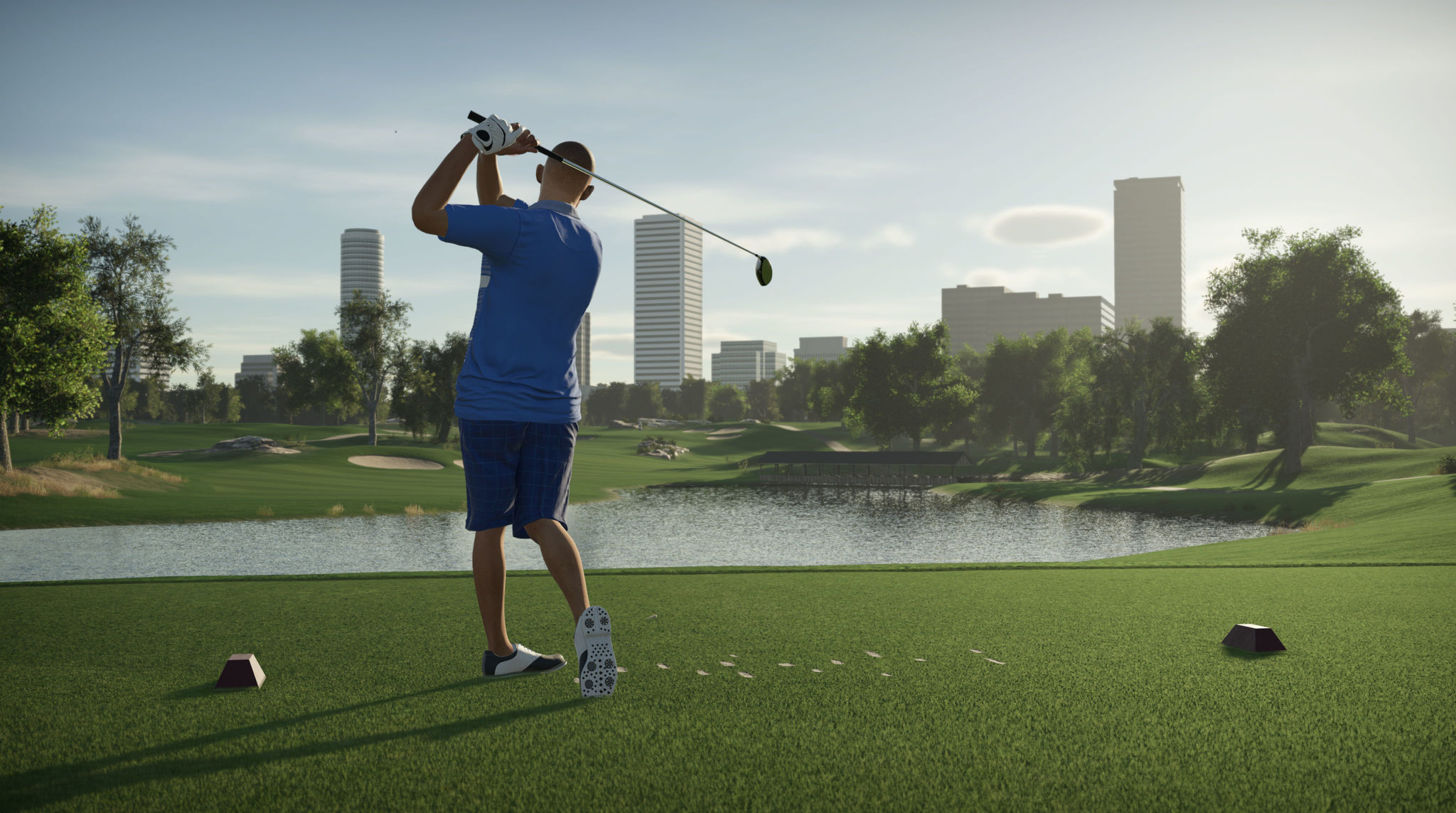 Spending the time to master the nuances of all the different approaches is really what The Golf Club 2 is all about. The player will get different sets of clothing and different sets of clubs, but the outfits are strictly cosmetic and the clubs might have different weights to them but they offer no inherent advantage over any other set, they just might respond a little differently to a player’s individual thumb movement. There is no skill leveling up or items that increase attributes, success or failure in The Golf Club 2 is entirely based on the player’s actual skill level, eliminating the need for excuses when a loss is incurred in multiplayer or any reason to detract from a victory. Like the actual sport, it comes down to knowing the game and knowing your equipment.

The career mode involves the player advancing through a predetermined or custom made season. Winning these matches will advance the player and grant new clothing and gear. These rewards are largely cosmetic but they do appeal to my completionist tendencies. As stated earlier no set of clubs is inherently better than any other but some players may develop a preference for one type of clubs over another. Clothing is purely cosmetic, but some of these events do last several days and being able to create five different outfits to wear during the event is a nice touch, since most people don’t want to wear the same clothing five days in a row, though the smell could give the player an edge if it can distract the opposition. 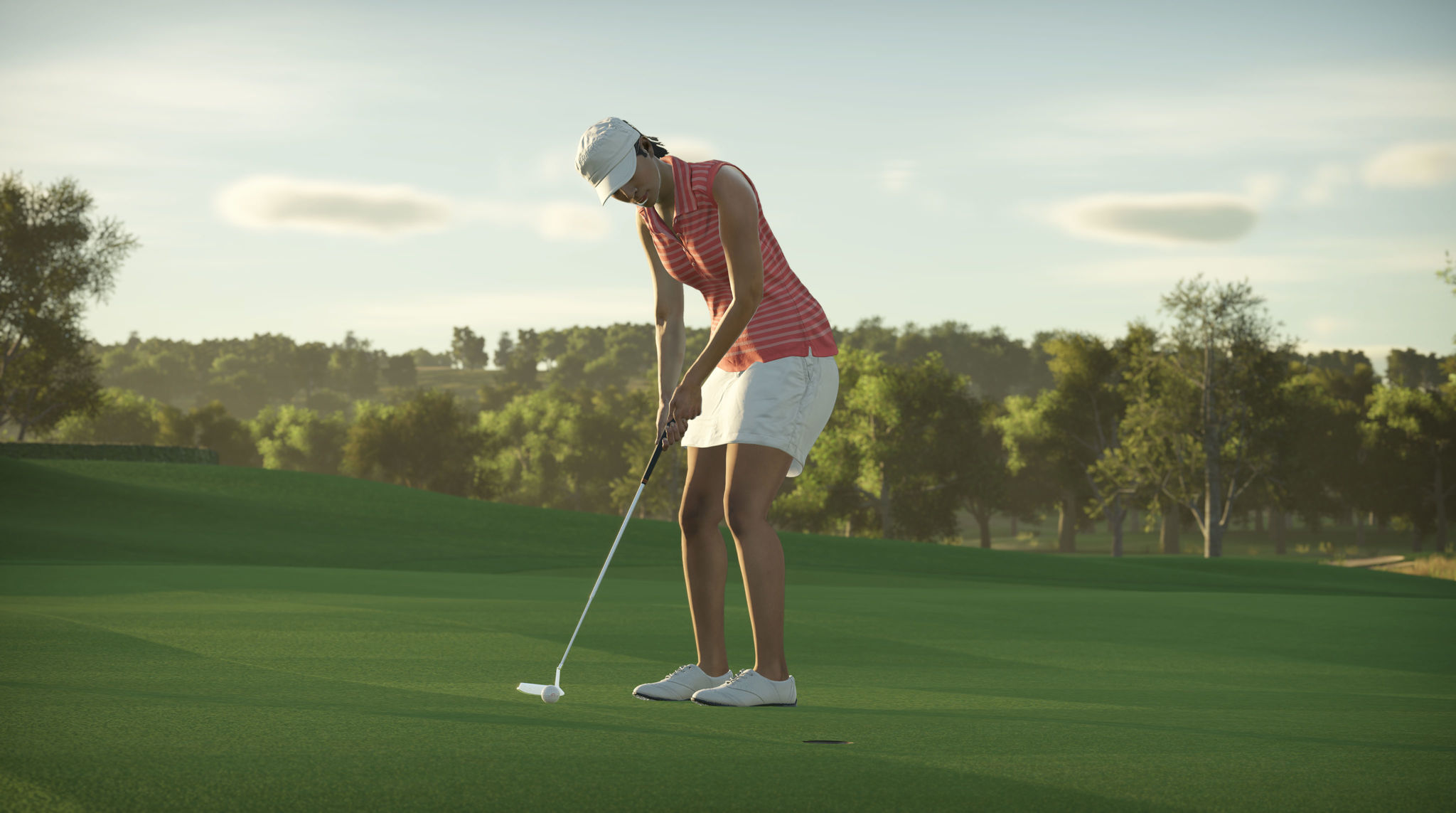 Building up one’s clubhouse is a highlight of The Golf Club 2. Humble beginnings may show a small room with garbage bags and a mop tucked just not quite enough out of sight, to being part of one of the swankiest and most elite clubhouses around. Joining a society is beneficial to growth in this area, as the clubhouse’s growth potential will increase with the society which will open up bigger events and larger payouts.

People who have played the original The Golf Club are probably wondering about the golf course creation feature that was so popular with the first game. This feature has returned with The Golf Club 2, with a large collection of props, tools, water features, bridges, vehicles, and crowds to design a dream course that fits any player’s imagination. Creating new courses is nice, but there were over 100,000 player created courses floating around from the first game, and HB Studios realized that losing access to all those courses would kind of suck so all those courses players spent so much time on customizing and creating will be fully importable into The Golf Club 2. 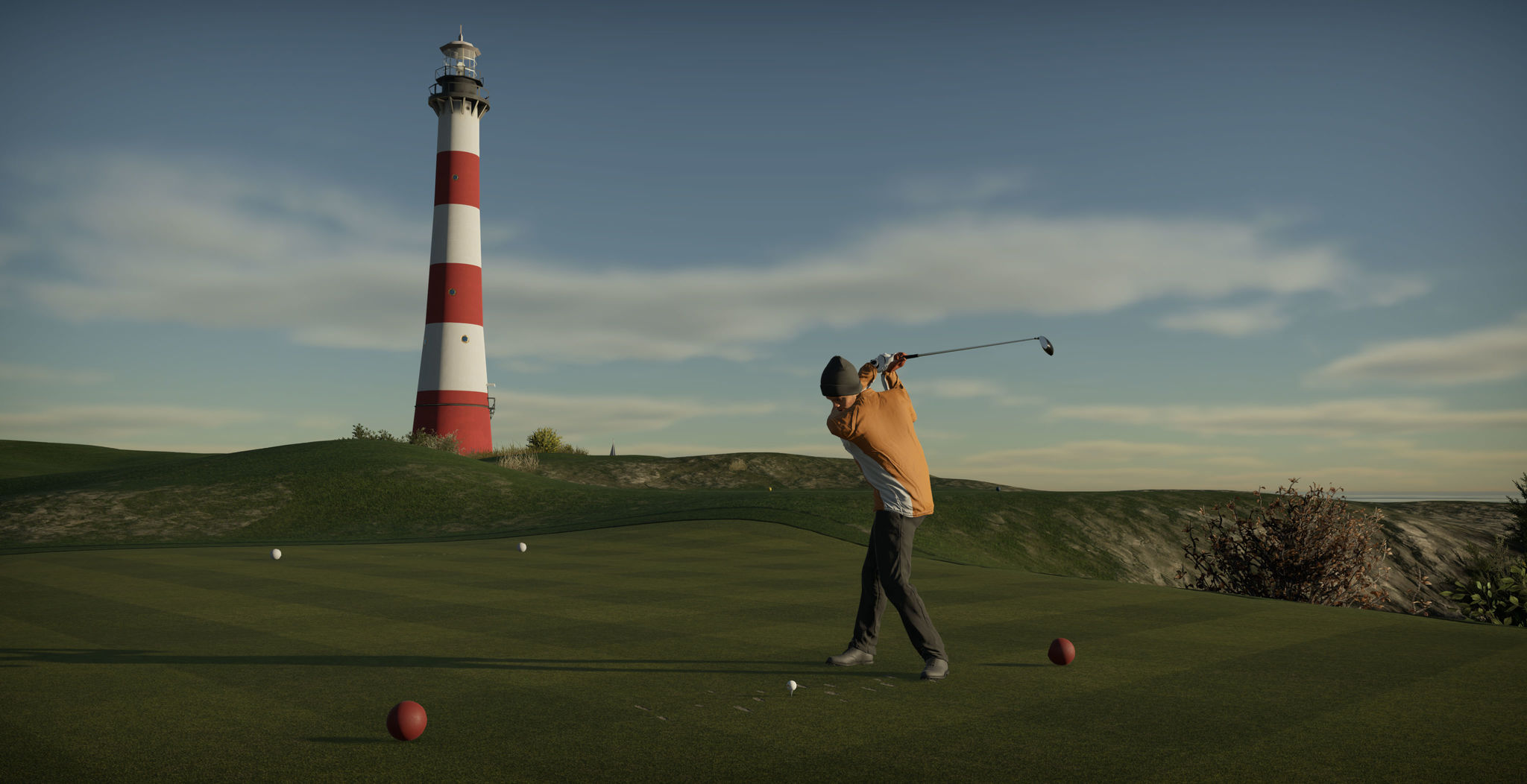 The Golf Club 2 combines a good golf simulation game with the social interaction of an actual clubhouse through the online societies with an engrossing career mode. The joy of trying to dominate the links comes from play mechanics that are easy to pick up but will take much practice in order to master. Whether playing against AI opponents or other people, victory or defeat is entirely up to the skills of the player. The career mode and climbing the social ladder gives plenty of replay value to The Golf Club 2, while the ability to customize courses and import over 100,000 user made courses from its predecessor means there is near infinite replayability.