Who could have guessed that the release of Professor Layton and the Curious Village back in 2007 for Nintendo DS would result in the birth of a sensational series that continues to this day? At the time, the game was incredibly charming, and definitely set the precedent for future installments. Since then we’ve seen releases continue onto the 3DS and even branch off into the mobile world with spinoff Layton Brothers: Mystery Room available exclusively on Android and iOS. But how many adventures can Professor Layton truly embark on before it gets a tad old?

Layton’s Mystery Journey: Katrielle and the Millionaires’ Conspiracy is the upcoming title which looks to shake up the series in multiple ways. As the name suggests, this game stars a new heroine – Katrielle. She’s still a detective exploring London but with a fresh perspective as the owner of Layton Detective Agency. This is not a spinoff but instead may prove to be the start of an entirely new line of “Layton’s Mystery Journey” games. Of course, we’ll have to wait and see if and when that comes to fruition. 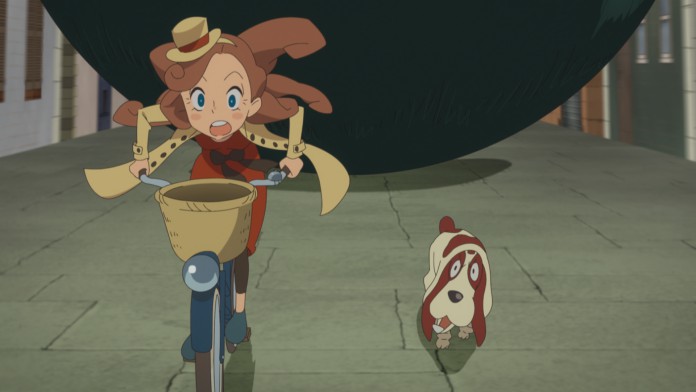 Unlike all previous series entries, Layton’s Mystery Journey: Katrielle and the Millionaires’ Conspiracy has been co-developed for both 3DS and mobile platforms. This is a huge shift, as before, the game has been a Nintendo portable flagship. As mobile is a huge part of the gaming market now, the developers want to create a game which can truly please gamers on Android and iOS devices. That means you should not expect some sub-par, free to play monstrosity. The core game on both platforms is the Layton you’ve come to know and love. If anything, it may be offering a far more “serious” game for mobile players than they’ve become accustomed to. Mobile developers often seem to underserve their audience with meager titles.

Some feared that co-development of this nature would mean that Hint Coins are now an optionally paid commodity. That’s not the case either! In fact, though there are in app purchases on mobile, none of them have anything to do with progressing through the game quicker. Instead, they’re purely cosmetic goods such as new outfits for Katrielle or some new decorations for her room. Again, these do nothing to alter gameplay in any way. This of course also means that you’ll need to pay a one time fee to download Layton’s Mystery Journey: Katrielle and the Millionaires’ Conspiracy to your mobile device, whether on a smartphone or 3DS. 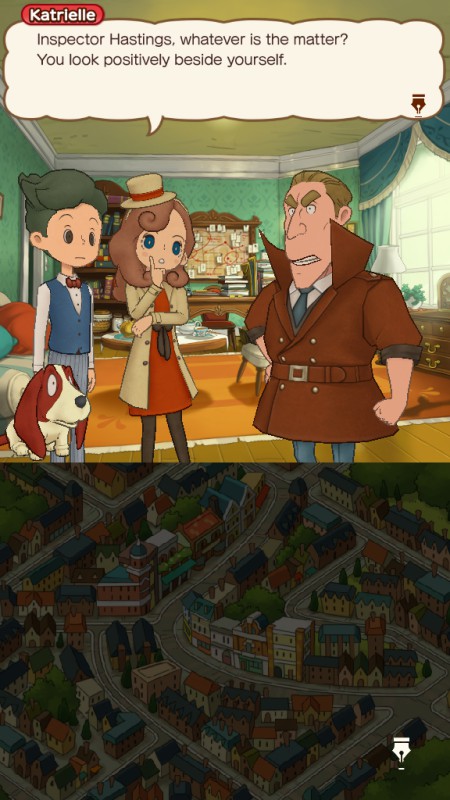 Puzzles have also not been dumbed down. What has changed, however, is that we may now be seeing some new sorts of puzzles with compared to the series’ history. This is due to the unfortunate passing of the game’s long-standing puzzle designer Akira Tago. Kuniaki Iwanami is the new puzzle designer taking over from this point. Although the circumstances for this change are saddening, we do hope a fresh pair of eyes may lead to many more fun and compelling puzzles in the future.

With over 500 puzzles included in Layton’s Mystery Journey: Katrielle and the Millionaires’ Conspiracy it’s safe to say that players will be hooked for a good long while. Expect to also see the continuation of free additional downloadable puzzles for one year free of charge after launch. You’ll be able to download the game first on Android and iOS on July 20. The 3DS version launches this autumn in both North America and Europe. While they would not confirm a Switch version, the developers definitely find the concept of bringing Layton to switch intriguing and have even started thinking about the feasibility of such a port.