Binary Zoo is a one-person gaming studio that’s been around for well over a decade, making indie arcade games long before it was a thing.  Starting back in 2005 with Mono, it released a handful of titles right up through Echoes+ and then went silent.  It’s not that the developer disappeared into oblivion but rather things move slowly sometimes, and it’s hard to complain about not getting new toys when the price is free.  The latest classic-style shooter is 1982, which is a little bit Space Invaders with a whole lot of enemy patterns.

It’s pretty simple overall, as a good arcade game tends to be.  Shoot things rapidly to increase the multiplier, don’t let the aliens steal your guys from the bottom of the screen because that decreases the multiplier, survive as long as possible amidst the chaos, and once you can do all that bump up the difficulty and do it again on Hard mode.  Power-up capsules occasionally show up to float across the playfield and shooting them drops one of four abilities.  Shoot the power-up as it drifts down the screen to get a helpful destructive effect in mid-air or leave it alone to land so you can collect it for a more personal effect, if you can avoid hitting it by accident.  There are only a small handful of power-up types but they’re all useful in clearing out the ever-descending armada as the aliens advance in increasing number.

1982 is available here free on Steam, while the previous title Echoes+ is over here, plus on itch.io. 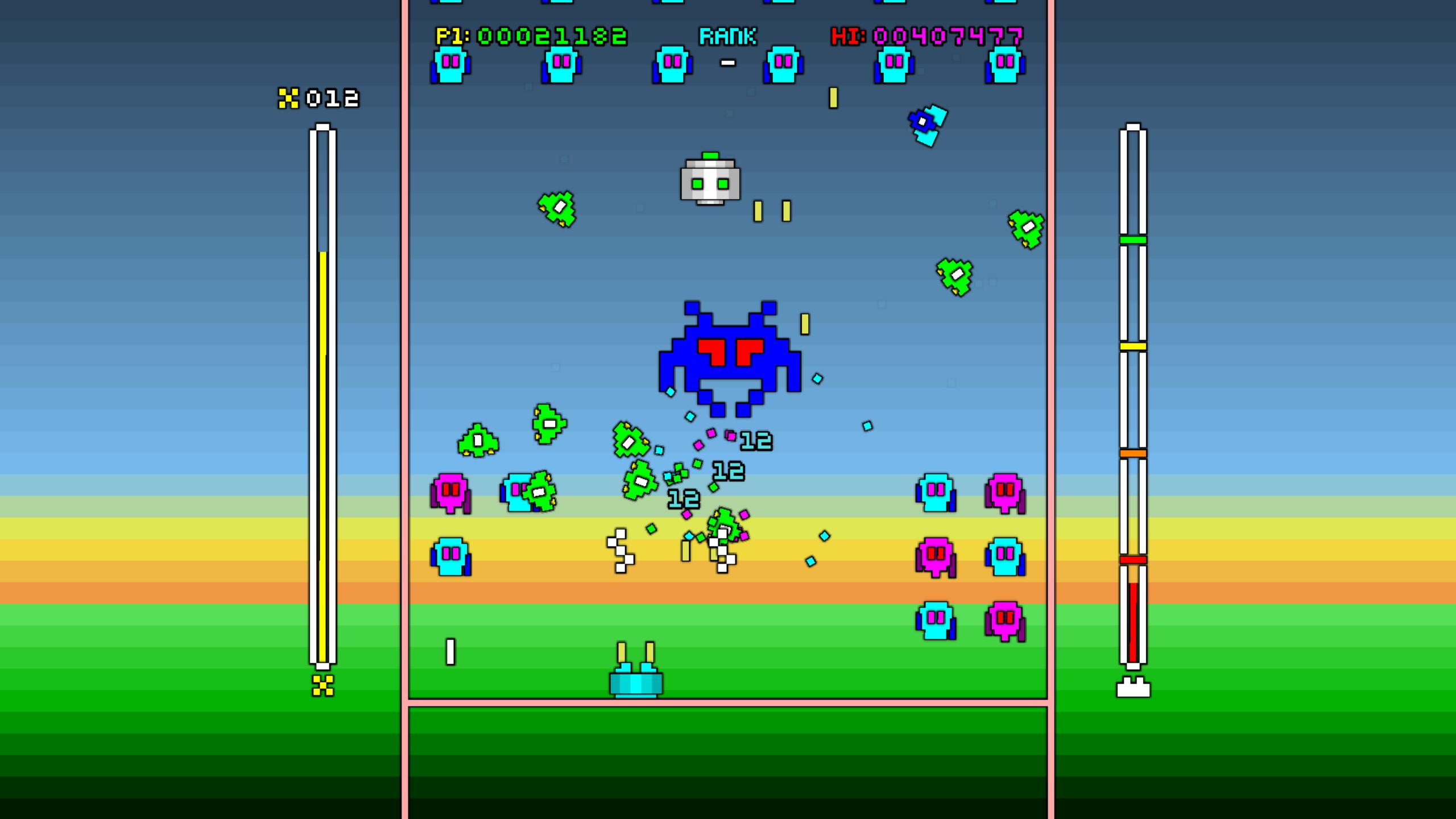