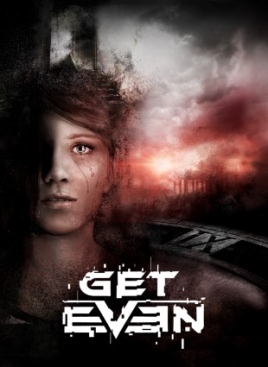 This may have been discussed before, but there are different kinds of reasons as to why a critic decides to review a particular game. Maybe the game showed promise in early previews. Maybe it’s part of a franchise one is interested in. Heck, maybe one even wants to see about ripping into a particularly nasty game. But with Get Even, the new game from Bandai Namco and developers The Farm 51, there was one reason why I chose to review it: mainly because I had absolutely no idea what the game was about. Through the initial trailers and previews, all that could be gathered is that Get Even was some form of psychological thriller that was also supposedly a shooter. No idea what the plot was or anything. And as such, there was a hefty dose of curiosity to see just what this was all about. So having gone in blind and now having re-emerged, it can be said that the end result is…quite pleasing, actually!

You play as Cole Black, a mercenary who finds themselves waking up in a seemingly abandoned asylum with a nasty case of amnesia and their last known memories being that of attempting to disarm a bomb from a teenage girl being held as a hostage. After wandering around for a bit, a mysterious person known only by the name of Red contacts Cole throughout the asylum, leaving a mysterious headset known as the Pandora attached to his head. The Pandora actually allows Cole to revisit past memories, some even hidden, with both parties wanting to uncover the truth about what actually led to the previous hostage situation. As is expected, between the lost memories, potential deceit, and the use of VR tech, everything you come across will be questioned, and complications arise when you learn that the asylum isn’t abandoned and that between roaming inmates and Cole’s own mental defenses, you may have to shoot your way out…emphasis on “may.”

See, while Get Even bills itself as a “genre-defying” first-person shooter, the reality is that “shooter” isn’t actually the most prominent genre in the game…well, not intentionally, anyway. See, after some initial tutorials where where you kill a few enemies, and just as you go into to first simulated memory, a message appears stating that the way you handle enemies impacts the way others look at you and that your actions have consequences and yep, it’s moral choice time!! So if you actually wanted to shoot enemies in a shooter, than too bad, because then you’re on a one-way ticket to the bad ending. You’ll have to stealth things instead, but not only is the stealth awkward at times (especially with large checkpoint gaps and unskippable dialogue at times), but the AI can also be a bit dense when trying to find you after running away (even when in a room the size of an attic), trying to determine whether or not an enemy can see you can be tricky, and it can just get tiring, especially when enemies rip you apart in just a few shots. 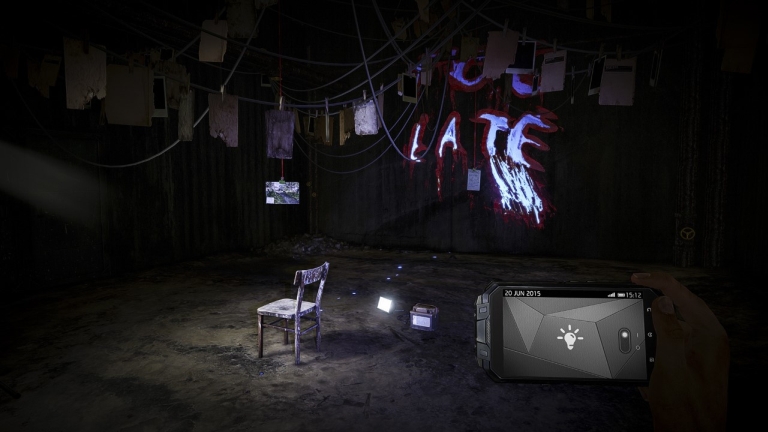 That all being said, though, while there are different paths to the endings, it may be incorrect to call any of them “bad.” In fact, the developers seem to say that there is no “good” ending, and it is a credit to the quality of the game’s writing that its endings aren’t black and white (despite every online guide so far suggesting otherwise), and they can be seen as good or bad from different viewpoints, being open to interpretation, which is quite appreciated. And indeed, as that statement suggests, Get Even’s story and presentation are quite clearly its strongest points. It does go a bit heavy on the cliched imagery at times, especially in the more horror-leaning segments at the asylum (empty wheelchairs, mannequins, cymbal-banging monkey toys, crazed chanting, and more of the standards), but it still manages to use them effectively in different ways, although the multi-layered narrative about questioning reality and deducing the facts is still the bigger draw.

But getting back to gameplay for a moment, some people have described Get Even as being more akin to a walking simulator with some gunplay in it. While you can definitely see where the walking simulator comparison comes from once you get into things, the meat of the gameplay feels more akin to an adventure game, where you have to detect evidence, scan it, and piece it all together to progress and eventually learn what really happened. This is all done with what can only be described as a magic cell phone, as it has heat vision, locates items of interest, projects a blacklights, scans DNA, and more (and for bonus hilarity, the game is set in 2015), but having to swap between the various filters to in order to solve puzzles and figure out where to go next makes for a simple yet highly enjoyable set of mechanics that are fun to work with. 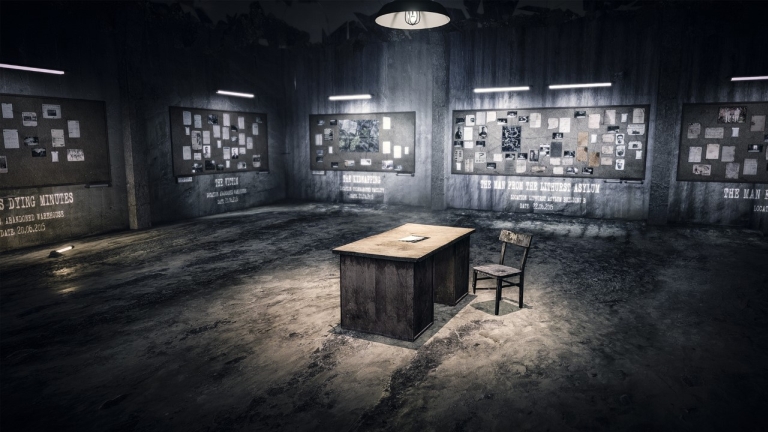 And yes, you are actively encouraged by Red to relax and explore in order to effectively gather all of the evidence you can find, whether it be documents, memory fragments, recordings, or more, all of which help craft a mesmerizing tale of something gone horribly wrong…and which also makes such a game incredibly hard to talk about. After all, it’s one of those cases where the most interesting parts of story would lead to spoilers, especially as you advance even further. It is a sort of game where once you have the whole scope of things, you suddenly begin looking back on everything you’ve just played, pondering the potential significance and hidden meaning of notable moments you may have uncovered. In other words, Get Even’s narrative won’t be leaving your head for quite a while.

There is one particular oddity concerning the collection of the game’s evidence. Everything you find is gathered in a room you can access from certain points, and once you find every piece of information in a memory/area, you get a four-digit code that opens up a door you previously encountered. Doing so provides a hidden memory that reveals even more of the game’s story, which is always welcome, but then Red decides to rewards you with bonus firearms as well…even though they want you to not use weapons. Why they suddenly decided to be counter-productive feels distracting (why not provide tools for stealth?), but still, the hunt for more of the truth alone provides some good replay value. 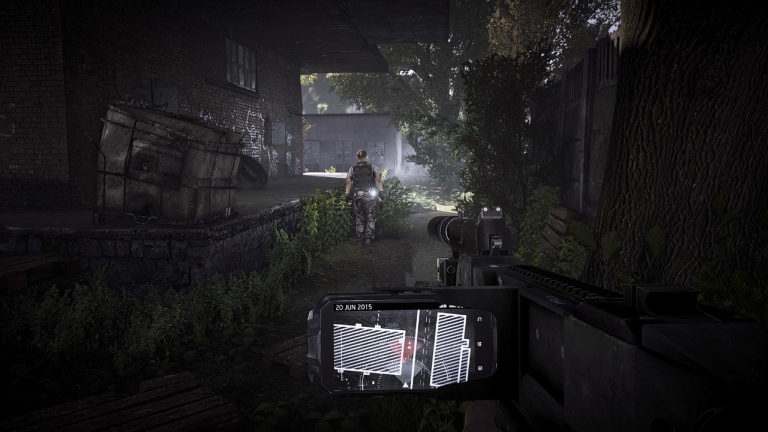 Speaking of guns, though, now would be a good time to bring up Get Even’s other signature mechanic: The Cornergun. It’s a gun you strap a phone to that allows you to aim around corners and shoot things without exposing yourself. No, really. I mean, you can definitely see how it might be a practical tool, but that doesn’t stop it from feeling silly. Even more so in that its presence is a plot point, where the Cornergun is presented like it’s some sort of game-changing form of warfare people would kill for. And yet, outside of the tutorials, there’s only one instance in the entire game where its use is mandatory, and that’s for a brief puzzle where you shoot a lock.

That’s not to say the action bits are bad, mind you. The flaws in the game’s action come more from how it’s structured, mainly in the first half. You do get some intense bits where gunfights are necessary, and the shooting controls are fine, plus you also get the ability to summon cover for shooting or stealth in the form of fractured memories, which is a nifty twist. Some parts even encourage you to find alternate solutions, such as shooting a radio to distract an inmate so that they don’t attack you. But where the game does shine in the action area is the second half, where…well, again, spoilers sadly get in the way, but let’s just say a curve ball is thrown and a new set of rule are in play, which I mean in a particularly good way. 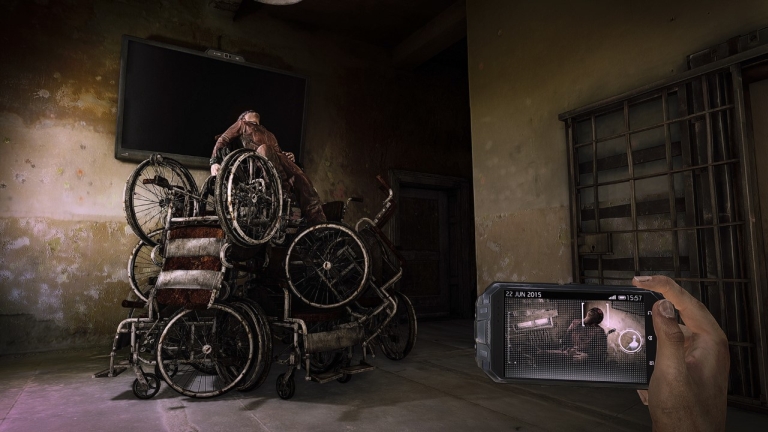 Get Even may be a bit polarizing depending on how you want to approach things in terms of gameplay and what you hope to get out of it, but it’s advised that you see it all the way through, as the end result is a highly satisfying game with an engrossing story that delivers in creepy, emotional and thought-provoking moments that helps it stand out, especially with its more subtle presentation of morality in gaming. You can argue that it may not be one of the best action games of the year, even when it delivers a tense moment, but its enjoyable hunt for the facts and the eventual truth highlights it as a winning adventure game. It may look sloppy, but it’s pleasantly surprising and worth going in blind for.