If you were itching to see more of Splatoon 2, Nintendo has got you covered this week. Announced just this morning, Nintendo is holding a direct for their team-based shooter, Splatoon 2, on Thursday, July 7 at 7AM PT or 10AM ET. Splatoon 2 recently made an appearance at this year’s E3 as an invitational tournament which offered us a lot of insight. We aren’t currently sure if new information will be revealed during the Direct as it will mostly be a recap of what has been shown so far.

Splatoon 2 isn’t that long off as it’s releasing July 21 for the Nintendo Switch.  A perfect fit for a game set during the summer. We’ll be here with all the info this Thursday. 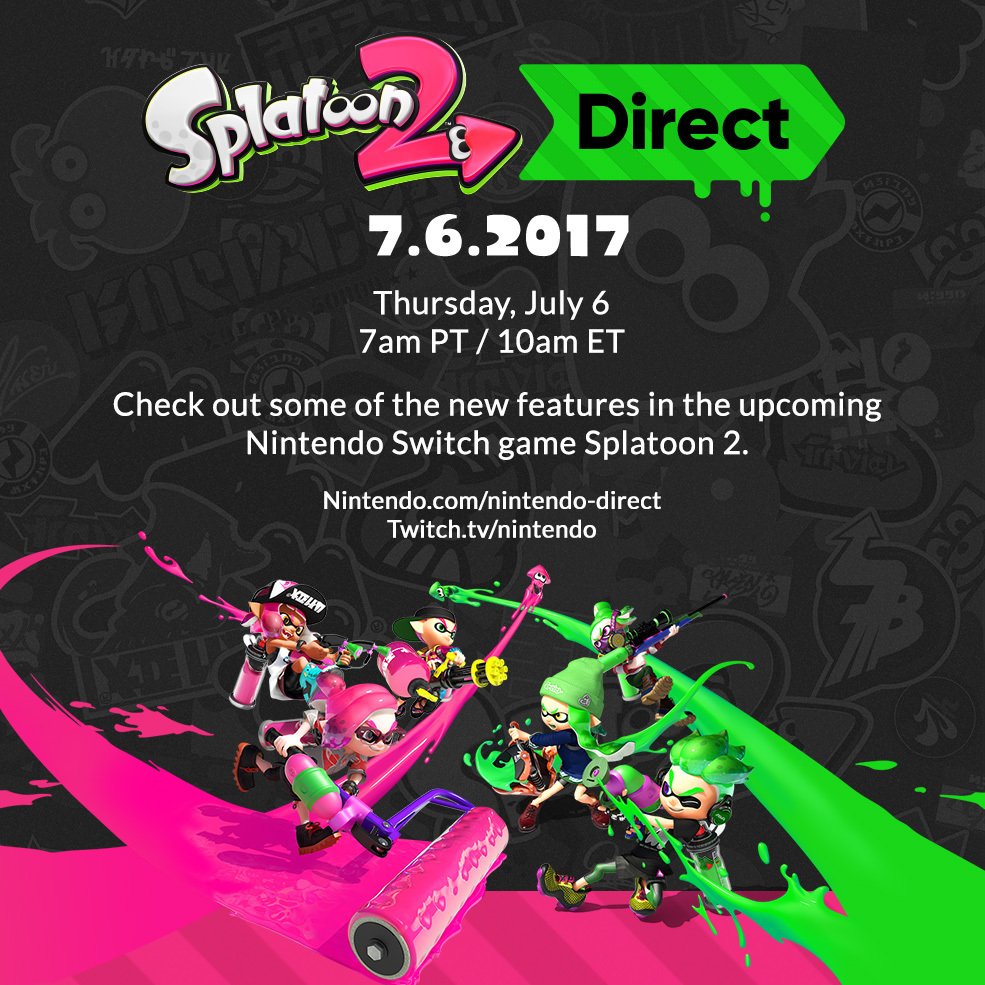