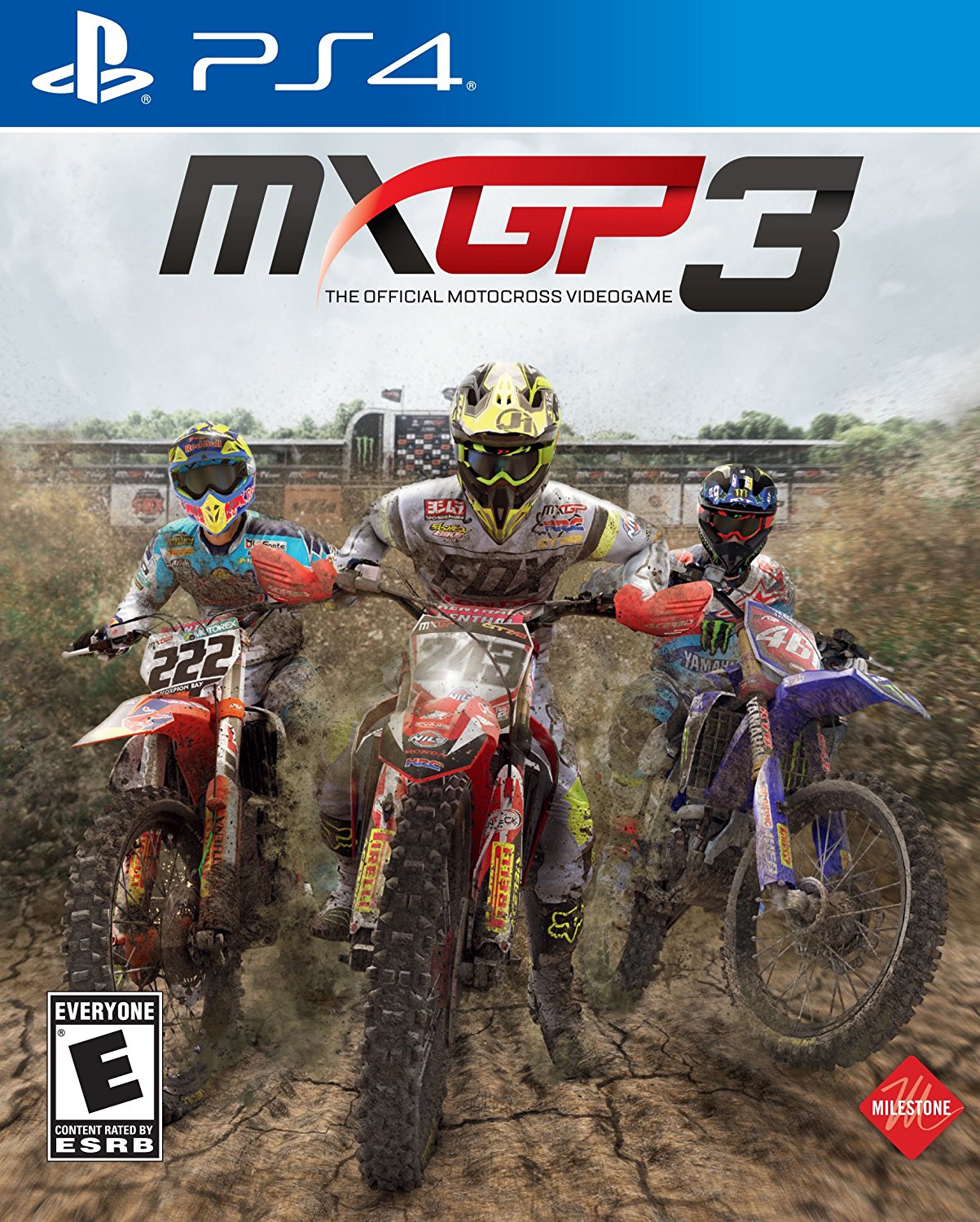 The motocross scene across the world is vast and does not typically receive the attention that other racing series do. The FIA has a motocross series outside of America and MXGP 3 focuses on this series. While stadiums are packed out during the summer for American Motocross events that are full of energy drink sponsors, there is a fan base outside of the states. MXGP 3 brings all the major sponsors, parts and bike manufacturers in a solid motocross game for casuals and a surprisingly good simulation for hardcore riders.

While the jumps and tricks of riding a dirt bike are gnarly, when it comes to racing, it is all about rhythm. Momentum and rhythm are the keys to maintaining speed and winning races in motocross, and that is an important aspect of MXGP 3. Jumping into the game with default settings seems to hold the experience back. Each track has a racing line or a groove to follow while corners will have ruts, which are a deep cut in the dirt or mud to get the best launch. MXGP 3 also features rainy weather, which in turn changes the track conditions. Developer Milestone has taken all these aspects into consideration, but is not truly experienced until upping the difficulty. Frankly, unless you do this, you miss out on what MXGP 3 has to offer.

When aiming for the professional aspect in MXGP 3, it gets a lot of things right. Players can choose from a third person view or a first person view which has the handlebars in perspective. The only thing that really affects the racing is the collision detection. It’s pretty awful. There is no feel for bumping into other riders or how a collision will affect yourself. If you ride hard enough into them, there will be a collision. There also seems to be an issue with floating off the track. It is easy to find yourself hitting a jump wrong and going off the side or getting stuck on a sign. It doesn’t feel natural. If there was a way to really get the bikes to stick to a groove on the track, it should be investigated. While the core handling is is in place, there is still quite a bit of growing to do. The A.I. doesn’t do a great job of recognizing your existence, either. However, you will see them pull off some tricks. 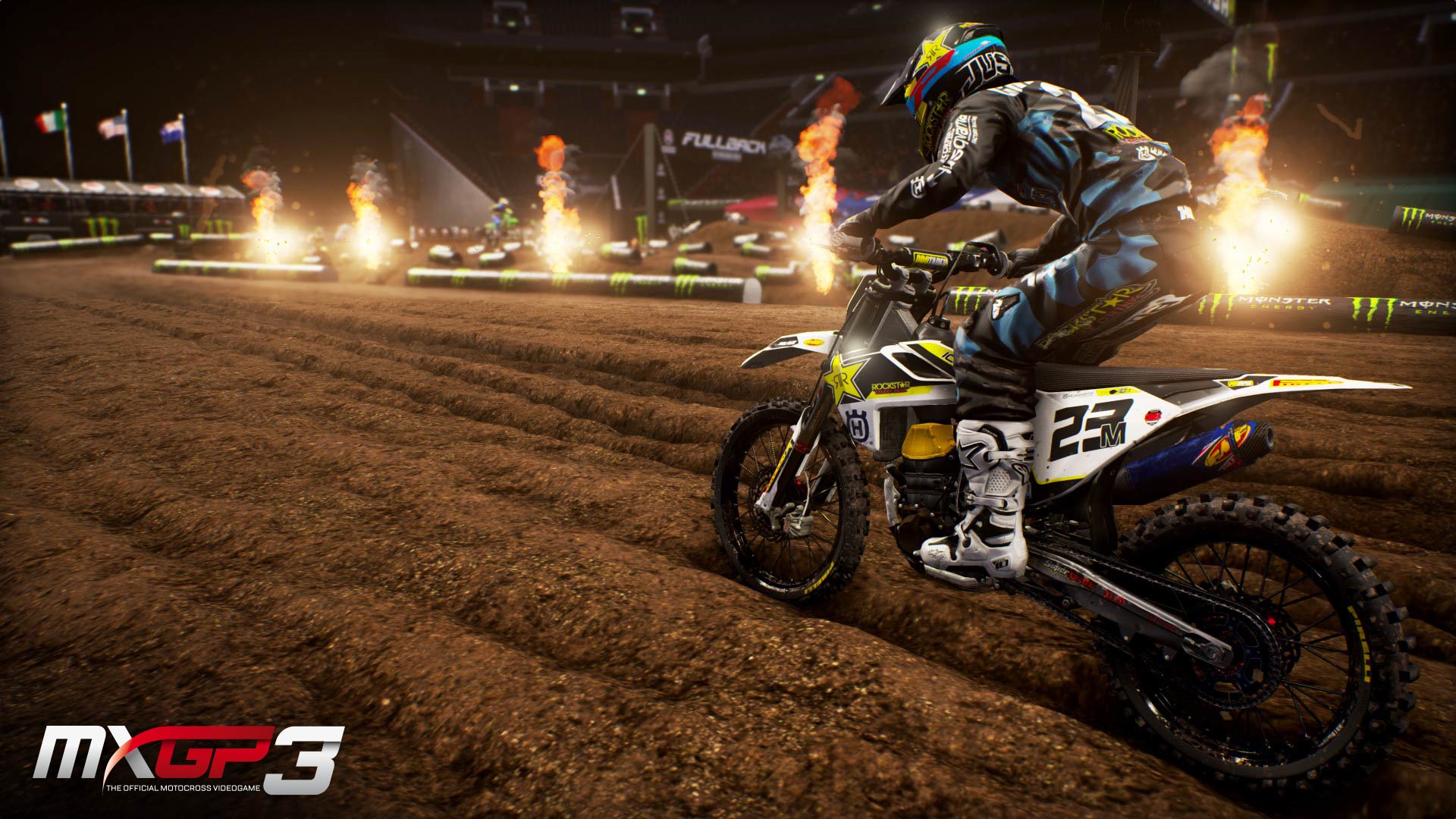 MXGP 3 does offer a lot off the track. Championships, multiplayer racing, and a fairly robust career mode will keep riders busy. There are many different classes of bikes from many different manufacturers. In the career mode, players will unlock better skills as they progress through races. Officially licensed parts can be added to improve the performance of the bike. In addition, cosmetic changes are included as players can eventually create their dream machine. Everything from custom exhaust, handlebars, suspension and fenders can be added to get the most out of the bike.

The visuals don’t leave much to talk about in the game. Running on the Unreal 4 Engine, the graphics have been rebuilt from the ground up. While the look is sufficient and the game runs smooth, it fails in comparison to the likes of other racing titles. The game does look better in the wet and there are rain effects, but it’s not something that is jaw-dropping. It’s the best looking version of the game and it looks solid, overall, but there are a lot of effects lacking. 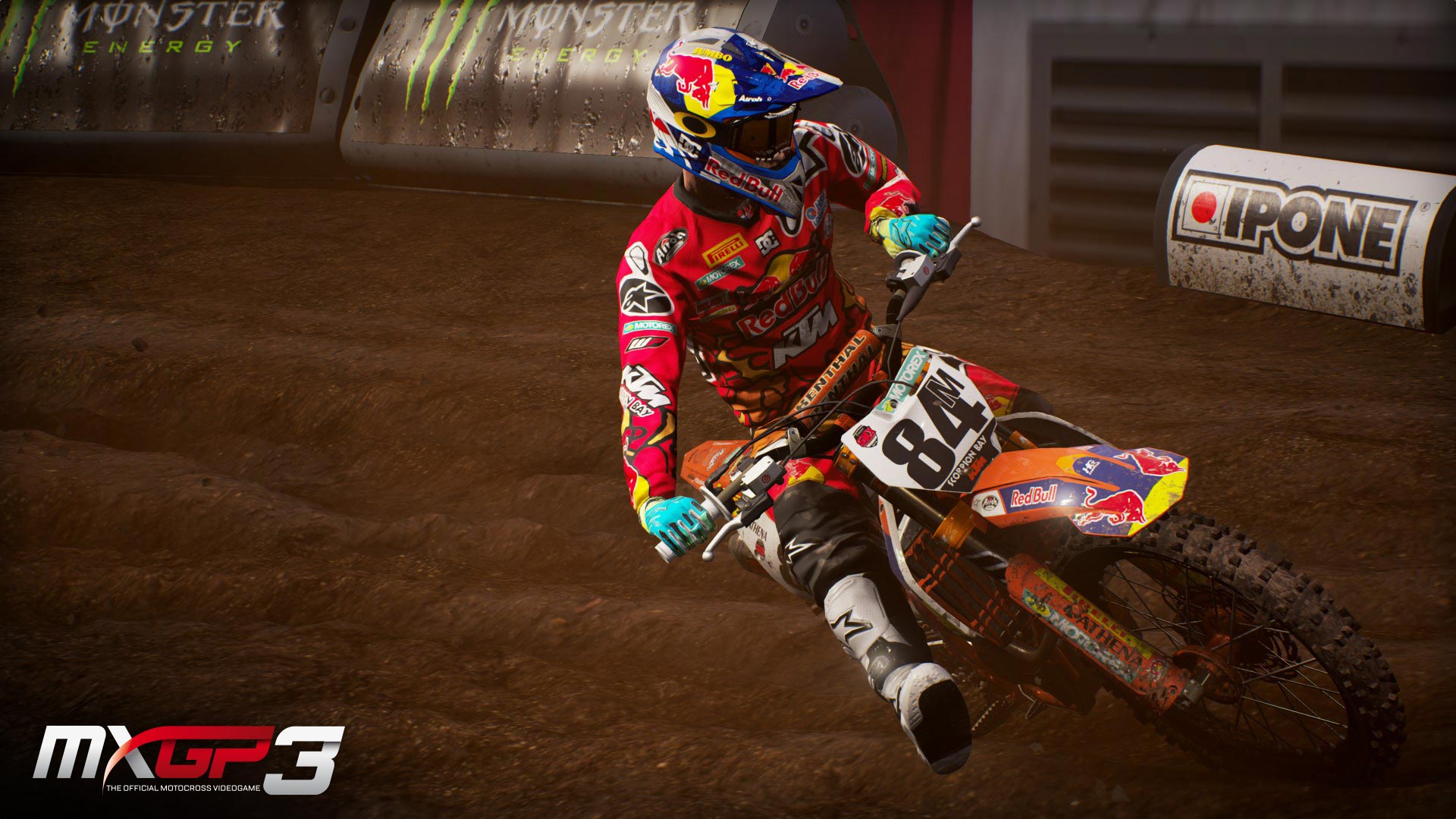 The bikes in the game do sound realistic, but not fantastic. The game features two-stroke and four-stroke engines, with the two-strokes being new to the series. Each of the engine sounds are different and do sound solid, but much like the visuals, they just don’t blow you away. At the same time, due to the source of the sound, it can get annoying. The soundtrack is a mix of dub-step music that may fit the European fan base.

Multiplayer allows players to vote for tracks and weather. Up to twelve riders can compete, but the experience isn’t great. Opponents will clip through other riders and hiccup at times. This really hinders the experience. Multiplayer simply feels like it is there, but offers really no depth. Again, there is room to guide this mode in the future. 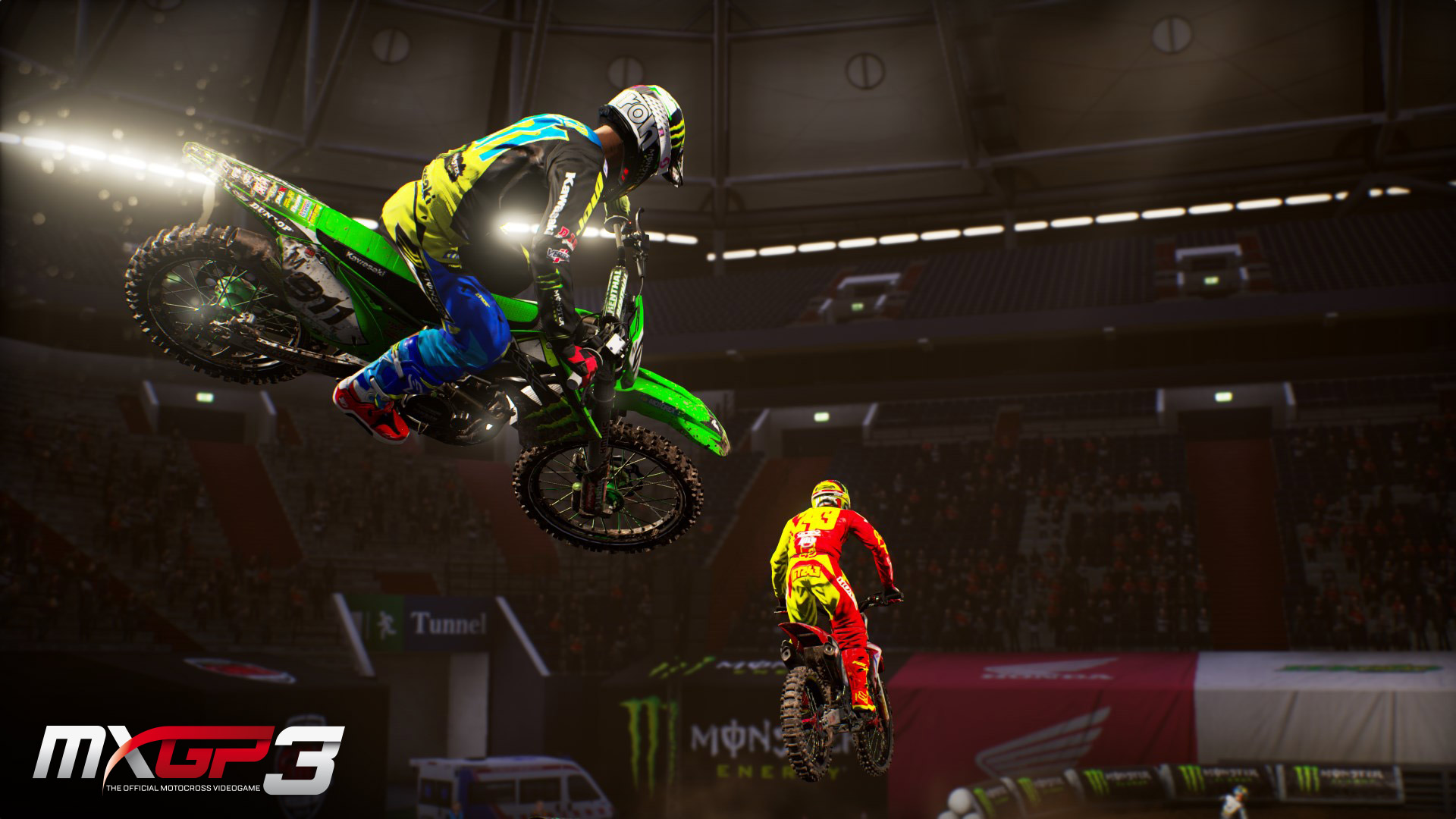 Excelling with its simulation aspect and deep career mode, MXGP 3 is a solid motocross title in a market that is virtually non-existent. Back in the days of the original PlayStation, both 989 Sports (Sony) and EA had flagship motocross titles, but those days have sadly passed. For a smaller developer like Milestone to accomplish what they have with the game speaks wonders, but there is much room for growth. With the game featuring the FIM license, maybe it would be more appropriate to lock up the AMA license to have the official stadium tracks and drivers for this side of the pond. For having all the licenses and sponsors, the audience needs to be broadened.