You get to play Splatoon 2 before the game even comes out! During the Splatoon 2 Direct, Nintendo announced its first Splatfest will occur on July 15. That is an entire week before the actual game will be made available.

It will be hosted by new characters to the series, Pearl and Marina, who are taking over the duties of Callie and Marie. Players will choose their team of Cake or Ice Cream to see which sweet treat takes the top spot. In Japan the fight is between Rock and Pop music. The first Splatfest will only last a few hours on Saturday but it should be enough time for those excited about the game to get their hands on it.

Nintendo also promises to have Splatfests last at least two years from now as well which provides us with plenty of fun to come. Get your Switch ready with the Splatoon 2 demo so you can participate in the Splatfest. 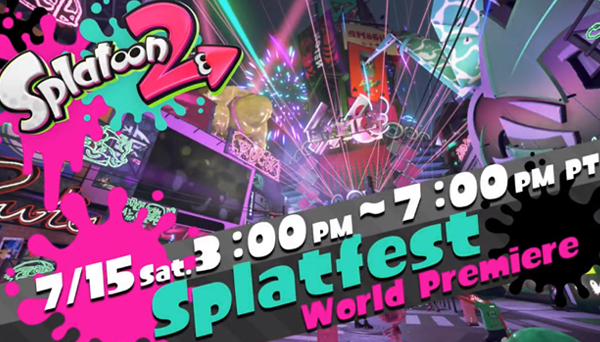