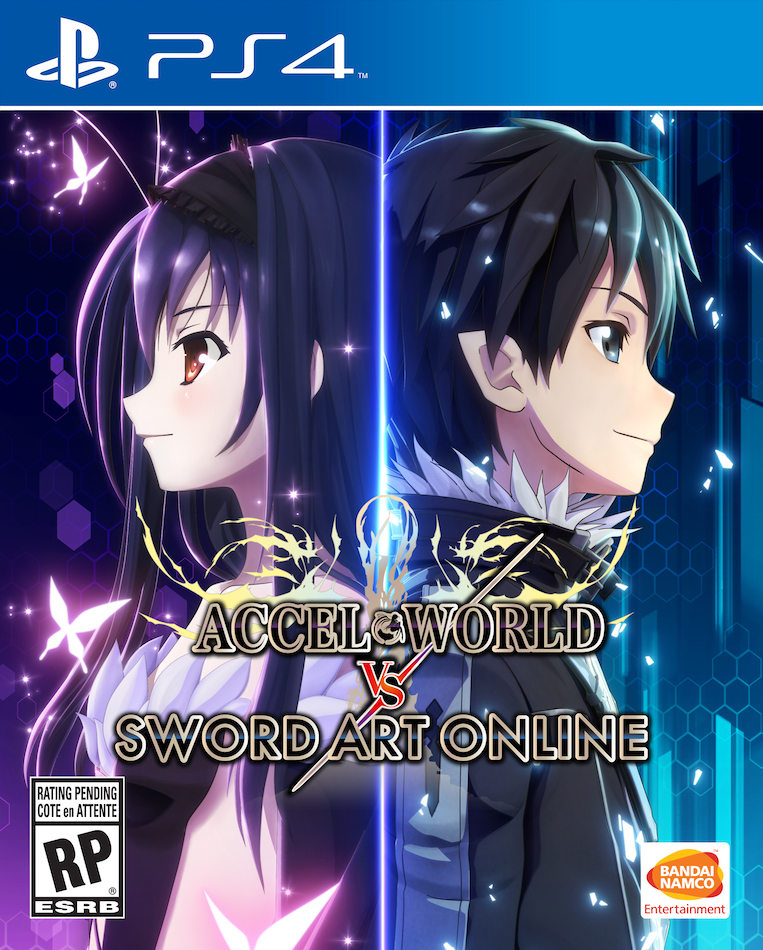 Merging the popular Japanese properties Accel World with Sword Art Online is, in hindsight, one of the most natural actions to take. Both focus on gaming as the center of the drama, with plenty of fun and diverse characters from which to choose. Bandai Namco took this idea and ran with it, creating a game that manga, anime and Japanese light novel fans have been wanting. Accel World vs Sword Art Online does fairly well in play, too, but that isn’t to say the end results are perfect.

Kirito and Asuna are traipsing around Alfheim Online, known to series fans as “not that place, please,” when their AI companion, Yui, is kidnapped by a heretofore unknown entity, The Witch of Twilight. Instead of reacting the way most people would, by thanking the malevolent entity for accidentally doing the world a favor for removing the annoying little fart from the general populace, the duo gives chase, running into Kuroyukihime from Accel World. They fight, because of course they do, with the end result being a realization that Kuroyukihime was tricked by the witch, as witches are wont to do. They decide to team up to rescue Yui and save their respective games from the havoc that the witch will wreak. While we aren’t talking about high quality storytelling, it’s a decent enough start to a grand adventure in theory. In practice, however, it feels like the developers skimped on the storytelling. Cutscenes feature minimal animation even when breaking away from the “talking heads” format of storytelling. Actions during these scenes, like the clashing of swords or a giant being crashing through the ground, are missing sound effects, leaving thematically tense moments feeling anemic and just off. It’s  bad and smacks of the moneymen deciding that just the appeal of the crossover will keep the dum-dum fans happy. (Their theoretical words, not mine.)

This lack of care follows over to the translation. All of the voiced dialogue is in Japanese with English subtitles, which is fine in and of itself. However, the actual translation is either inaccurate or devoid of any care to give the words life in English. I don’t speak Japanese, with the exception of a few words learned from watching and playing more Japanese media than can possibly be healthy (yatta!), but even with my minuscule understanding of the words, I could tell that much of the translation is either overly literal or just plain wrong. This leads to some dreadfully bad scenes, such as when characters are introduced and get a chance to try to work in their backstory into the conversation. It comes across as more clunky than an ’87 Ford Taurus with a thrown piston. Considering that the last two Sword Art Online games, Lost Song and Hollow Realization, faced the same challenges but managed to overcome them, this is just disappointing. 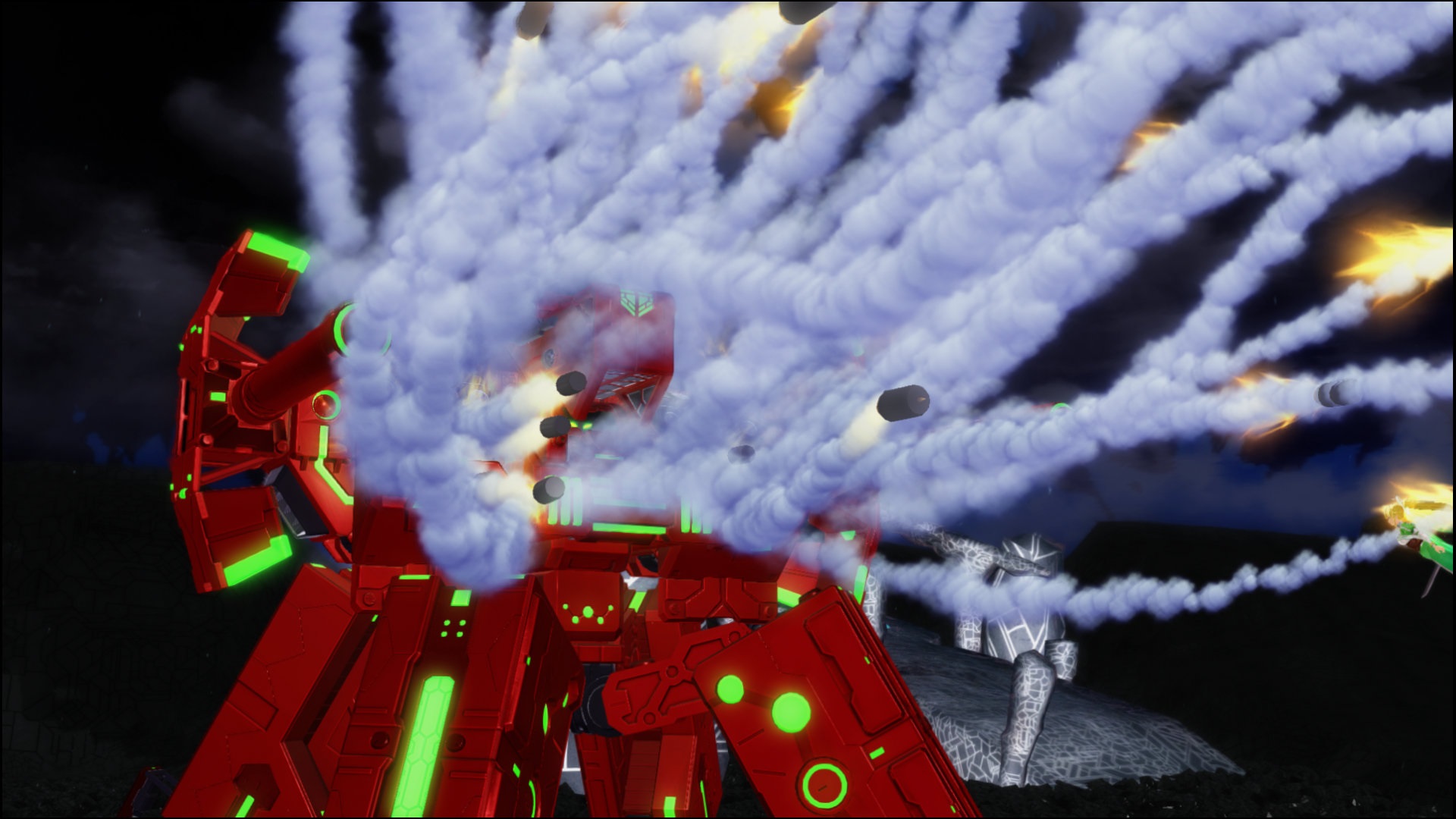 While horribly biffing the story execution, the actual gameplay and options for customization manages to buoy the entire game. Players are given access to an ever expanding roster of characters to select to create a three person team to tackle all sorts of quests and challenges. Most of them will need to be “rescued” or unlocked through story progression, but if a fan of either series is looking to take control of a beloved major or minor character, they will be able to do so in reasonably quick order. Each hero feels different, too, with various weapon preferences, skill loadouts, and other items to customize.

As there are two different franchises represented here, with the heroes from each having different abilities, there are some base differences here. Characters from Accel World specialize in zipping about, utilizing hit and run tactics and generally being a pain in the colon to take down when forced to fight them. They are also capable of charging and jumping incredibly high. Sword Art Online folk, though, are able to use magic powered by a rapidly charging mana bar, and can fly. Now, between the two base styles, I would personally argue that the Sword Art Online crew definitely come out ahead. Hulk jumping is fine and all, but being able to traverse the highs of the vast worlds put forth through flight is so much more gratifying. 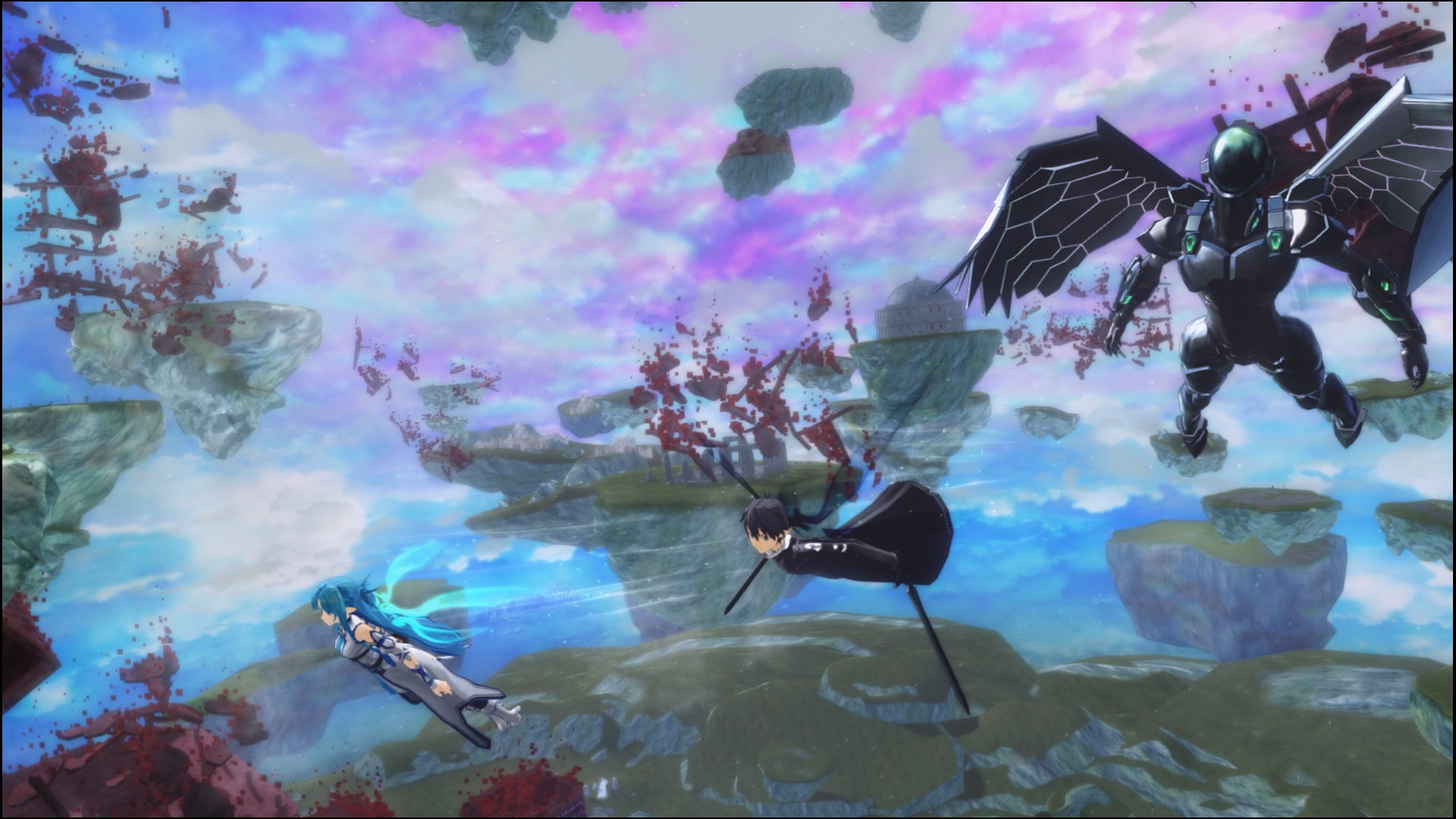 Traversal powers would be meaningless if the worlds weren’t worth exploring. Fortunately, they are. Each of the large overworld stages are peppered with all sorts of things to discover. Hidden dungeons, treasure chests tucked away, or an overpowered enemy to jump the player are just some of the many surprises to be found while exploring. The dungeons lock the players on land, and aren’t as visually appealing as the overworlds, but they still offer plenty of fun monsters to fight and loot to pilfer.

It helps that there is a feeling of constant progress. With numerous side quests to be pulled from the mission board, as well as found in the field, along with plenty of main quests to take, there is always a goal about to be completed. Players will also find themselves leveling up incredibly quickly, although the bonuses are smaller per level when compared to other action-RPGs, meaning every fight feels like it has a purpose. The same goes for special skills, which level up through use in battle. There are special weapons to identify, favorites that can be upgraded from found materials, and accessories to find. This is a game that revels in constantly rewarding the player. While it might seem like the luster would wear off after a bit, the feeling of constant progress instead puts players in a gratifying loop of setting a rolling series of goals.

That loop is wraps around a solid, if uncreative, fighting system. The drill should be known before picking up the controller. Square is a regular hit, triangle strong, while the ‘X’ jumps. Throw in flying attacks, tons of special moves that feel, well, special, and the expected switch attacks that leave two players pummeling an enemy, and there is enough depth here to remain engaging while remaining easy to pick up and play. It’s a decent system overall, which one would expect, seeing as how it’s been used in previous Sword Art games. 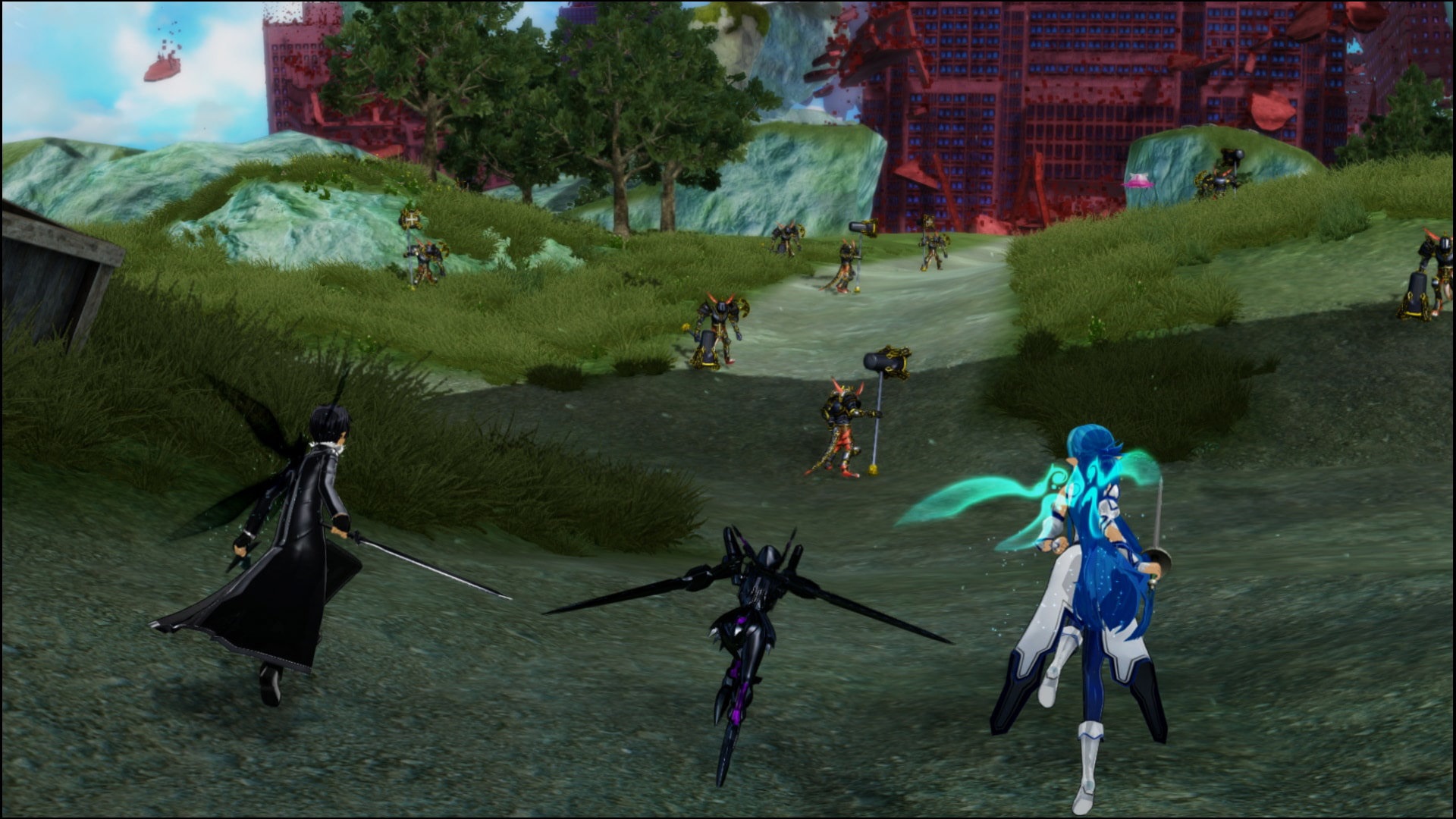 While what should be the biggest draw — the crossover and the story — falls flat on its face, Accel World vs Sword Art Online isn’t a complete loss. The actual game part of the game works well enough that players might find themselves more interested in taking on side quests and missions than working through the story campaign. Of course, Yui isn’t that great of a prize, but still. There is plenty of content with which to engage, but those looking for this type of gameplay would be better off playing Lost Song or Hollow Realization first. Those have more interesting stories and some better translation work in addition to the well-done game systems. If those have already been completed, then this isn’t the worst game for fans.