Games that are made with a license from popular source material do have a rocky track record and Game of Thrones so far has failed to deliver a truly stellar game that meets the high expectations fans have come to expect from the franchise. It can be a daunting task to attempt to create something that has such a rabid fanbase, and Game of Thrones is especially hard since there are multiple stories happening concurrently it is hard to pinpoint who would be the protagonist and what type of game one should make. Hardcore Gamer is always willing to help, and no one knows gaming like Hardcore Gamer, believe us. We have put together a list of games that would be worthy to rule from the Iron Throne. Spoilers may be included.

This is a one-on-one realistic sword fighting game where the player takes control of Arya Stark. Forgoing the common use of life bars and zillion hit combos, this uses a Body Damage System, where most good hits to the head or torso result in instant death but there is the possibility of wounding someone where they may lose use of an arm or slow their speed by attacking a leg. This third-person fighter is meant to simulate the nuances of real sword play versus the flash we tend to see in movies and video games. Opponents include Thoros of Myr, Tywin Lannister,  Melisandre, Walder Frey, Beric Dondarrion, The Mountain, Rorge, Polliver, Ilyn Payne, Meryn Trant, Cersei Lannister, Joffrey and The Hound. In case the player gets stuck, they may call upon Jaqen up to three times per game to eliminate an opponent they can’t get past.

It is only fitting that the game inspired by Rock Star is so controversial that even the title has to be censored. The player controls a prisoner who has been granted a stay of execution, provided he carries out sadistic instructions given by Joffrey. The player is guided through the town brothels, receiving orders from the royal brat instructing him to humiliate, torture, and kill the various women employed by these fine establishments. This gruesome murder/torture simulator is sure to offend senators, women’s rights groups and anyone with a shred of common decency, but when we consider this a game that involves taking orders from Joffrey, it would be more troublesome if anyone did not have a grave moral objection to this. This title will likely be banned before it is released and we will be better off for it. Because Joffrey sucks.

This top-down action RPG is reminiscent of the original Legend of Zelda. The player controls Tyrion Lannister as he travels across the Seven Kingdoms. Tyrion will explore many dungeons and slay powerful creatures, with each encounter leveling up his strength and magic abilities. Despite normally surrounding himself with others, Tyrion will be traveling solo for most of the game, though he may occasionally have a run in with Bronn. While the actual game may deviate heavily from the plot of the source material, a faithful game starring the sharp tongued imp would consist of cutscenes of him drinking in between God of War style sex minigames. 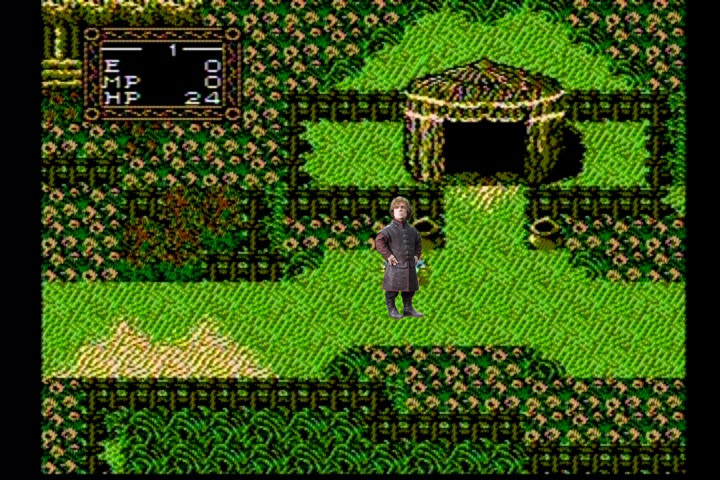 The popular quiz game receives a brand new edition, this time hosted by Ygritte. After being fed up with being told he knows nothing, Jon Snow leaves the Night’s Watch to compete in trivia competitions to prove that he in fact knows more than nothing. The questions are designed to be almost impossibly hard, though the reward Jon gets for winning this game is a dip in the hot springs with Ygritte so that gives plenty of incentive to keep trying so that the God of War style sex mini-game can be unlocked.

Fans of Game of Thrones are no strangers to constant betrayals and warfare, where no one feels safe declaring a favorite character since there is a good chance they will end up dead. In an attempt to bring about a more peaceful resolution in finding the ruler for the Seven Kingdoms, Daenerys Targaryen has organized a two on two basketball tournament where each kingdom will send two representations to face off against each other in a full contact game of basketball where insane dunks are encouraged. The popular Fire Mode from the original NBA Jam will return but will be updated to fit Game of Thrones, where instead of the ball catching fire and burning away the net, Daenerys will simply call upon Drogon to set all players on fire. In true Game of Thrones fashion, Daenerys ultimately betrays the players she recruits and brings a gruesome demise upon them while bringing herself one step closer to the Iron Throne. 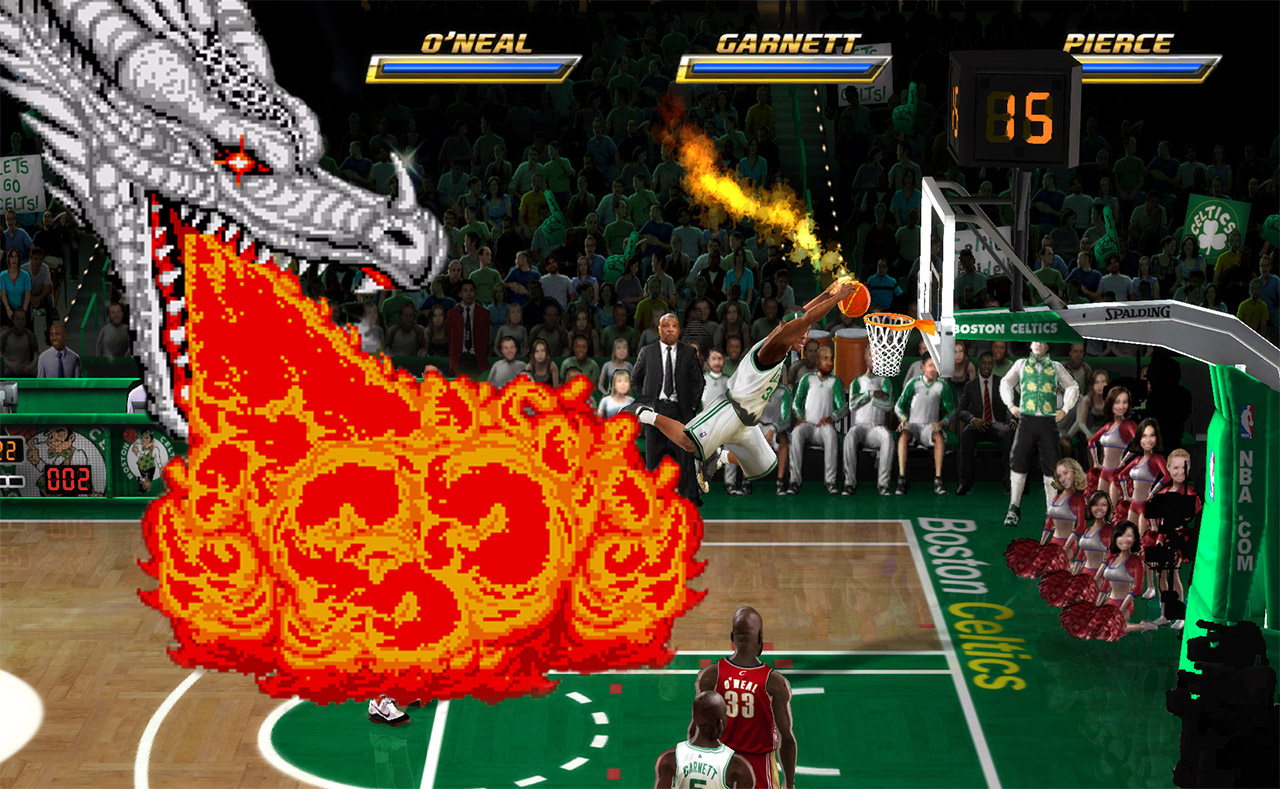 For the fitness minded gamer who still has a Kinect, PlayStation Move, or Wii, there is the GOT Personal Trainer. Depending on one’s personal fitness goals, there are two trainers to choose from, The Mountain and Syrio Forel. Syrio’s program is focused on cardio and flexibility, he will have you burning off fat by mastering a form of swordplay that has such an emphasis on finesse you will be able to deliver a death blow with the grace of a master ballerina. The Mountain’s program is all about getting big and jacked, and it is recommended that the player has a barbell and at least 1,000 pounds of plates to match the recommended weight for his program.

Sean Bean seems to only exist to get cast in roles where he dies and Ned Stark losing his head barely even counts as a spoiler thanks to social media. This 2D sidescroller is a tale of revenge where Ned is granted resurrection from the grave. Ned will travel through a colorful reimagining of the Seven Kingdoms as he fights white walkers and other various enemies of the Starks, until he finally reaches Joffrey Baratheon for a final showdown. But Ned will not fight with a sword or bow, instead he will use his severed head a weapon, flinging it at all who oppose him. 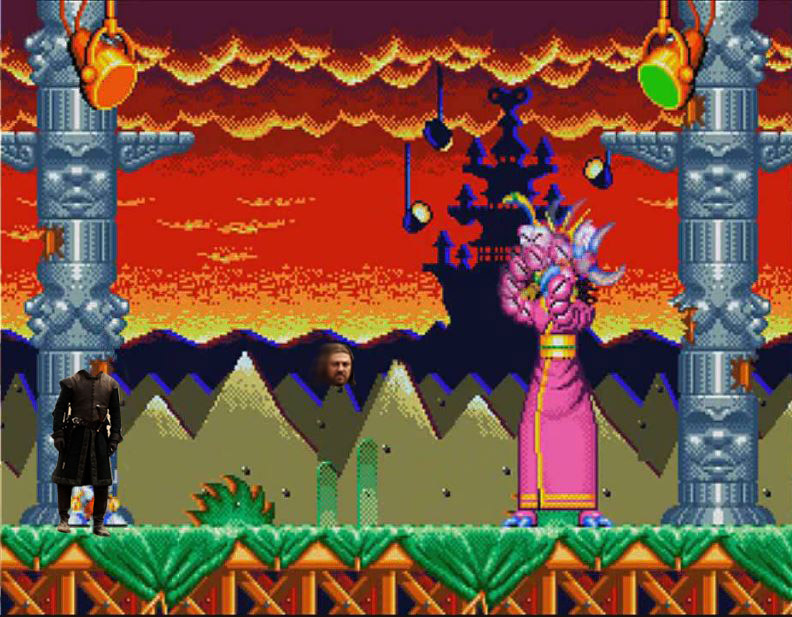 DLC for Other Games

Even though these would all be excellent Game of Thrones video games, we all love crossovers so we thought of some themed DLC for other games. The Walking White is a mod for all of Telltale’s The Walking Dead games. This simple mod replaces the regular walkers in the games with White Walkers, and also adds more dialogue options and quick time events that involves betrayals and random killings of NPCs. My Name is Mayo is a game about tapping on a jar of mayonnaise that not surprisingly is on very few people’s radar. In an attempt to boost sales, we suggest that someone create a mod where the random dismembered hand that taps on the jar gets replaced with the severed hand of Jaime Lannister.

Editor’s note:  Sometimes our writers suffer from mild mental breakdowns from constantly playing video games and writing about them and end up writing pointless pieces that are meant to be entertaining but are really symptomatic of being bored and in a sleep deprived state with too little blood in their caffeine stream.  Articles written under these conditions typically go ignored, but occasionally we will publish the least worst of them.