EA has spent tons and tons of money trying to capture a portion of the audience that Activision has cultivated with their Call of Duty series. Money that would have been better spent taking a risk on a proper new Dungeon Keeper title, for the record. One of the better attempts at hitting the mark was the 2010 reboot of the Medal of Honor series. Managing to reach the level of mediocre, it at least had some cool sequences, like riding an ATV through the desert at night. It did well enough that a sequel was made: Danger Close’s Medal of Honor: Warfighter. We’re going to skip commenting on the name, beyond this sentence, as every conceivable joke and observation has was made upon its reveal. How can a title by a seemingly competent studio have such a reputation for being terrible? It’s sitting at a 55% on Metacritic, which isn’t the worst. It’s got guns, explosions and was put together with assistance from DICE. Surely, the lack of quality was the result of exaggeration. That is what I aim to find out. Excuse me.

Warfighter brings back the characters from the previous game, putting players in control of the iconic characters Preacher and… Chimp? Chump? Hang on a moment… That’s right! It was Stump. (Not a joke. Actually had to look it up even though it was repeated constantly throughout the game.) These two are members of an elite Tier One unit tasked with fighting America’s enemies abroad. It’s like G.I. Joe, except slightly less believable.

The narrative conceit with this iteration is that time will be taken to demonstrate how this line of work affects the trooper in their home life, paying particularly close attention to Preacher and his marriage to a strangely designed woman. Seriously, I don’t know if there was an issue with the Frostbite engine or the modelers had never seen a woman before, but the two characters of the feminine gender are simply bizarre, having the appearance of human skin that has been treated, dried, and then stretched over an bipedal alien life form to learn about this hu-man concept called “love.” 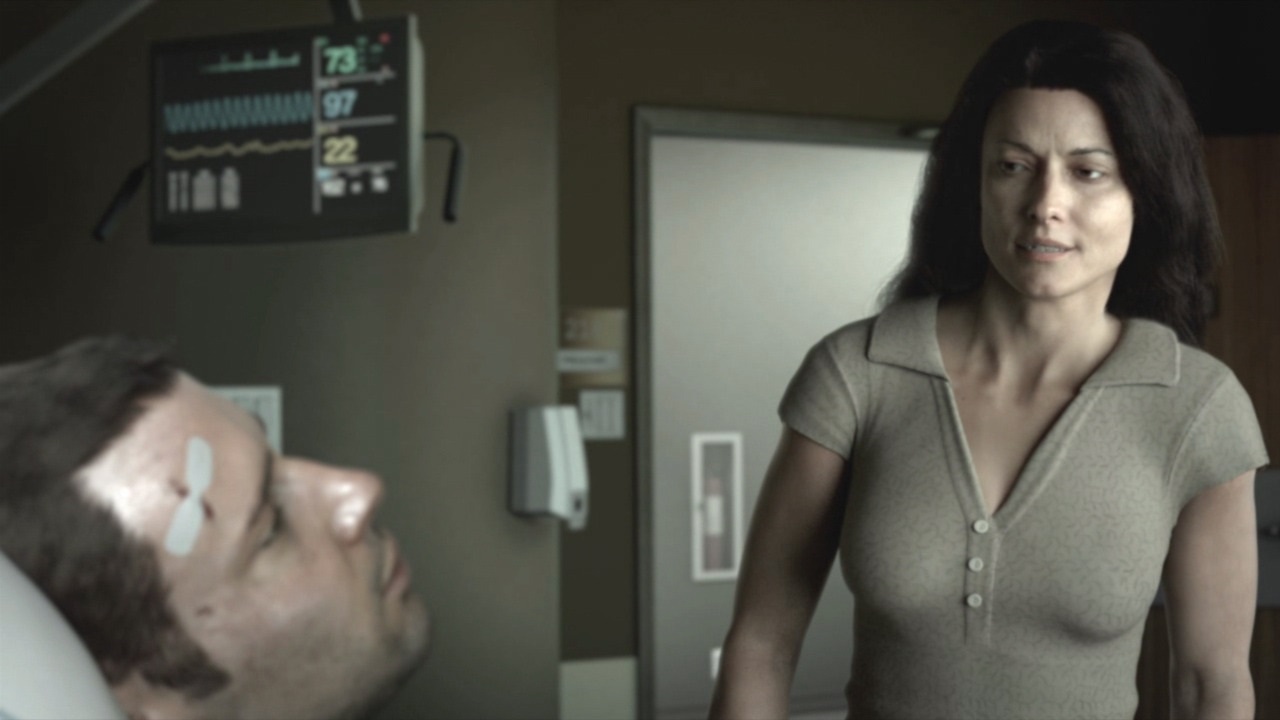 Actually trying to acknowledge the humanity of the field operatives isn’t a bad idea. Grounding the narrative in understandable and realistic moments in an effort to respect the sacrifices that our troops make is a laudable goal. They plunked it, of course. Badly. But they tried. The thing is that Preacher’s wife is written like a fiendish caricature of a wife, shrewishly berating Preacher for not spending more time with his family in favor of adventuring abroad. She worries about him so much that she’s going to leave him. Relationships can be complex, so this general line of thinking isn’t the problem (at least, in theory). The ways it’s delivered is, however, making her seem like an over the top cartoon villain resorting to petty arguments and actions. Then what she fears comes to pass as Preacher is injured in an explosion that took place as he was on his way to visit her. Her reaction seem was basically “Oh, you almost died. That wasn’t so bad. Go have some fun.”

There was no fun to be had. I don’t know if the 2010 Medal of Honor was the same, but the shooting here just feels off. Snapping to and from iron sights manages to be disorienting and the frame rate hitches badly constantly. The biggest sin in general play comes from pathfinding and objective triggering. Numerous were the times when a checkpoint had to be reloaded because the team wouldn’t stack up at a door to allow the player to start the next part of the level. It’s rather unacceptable. 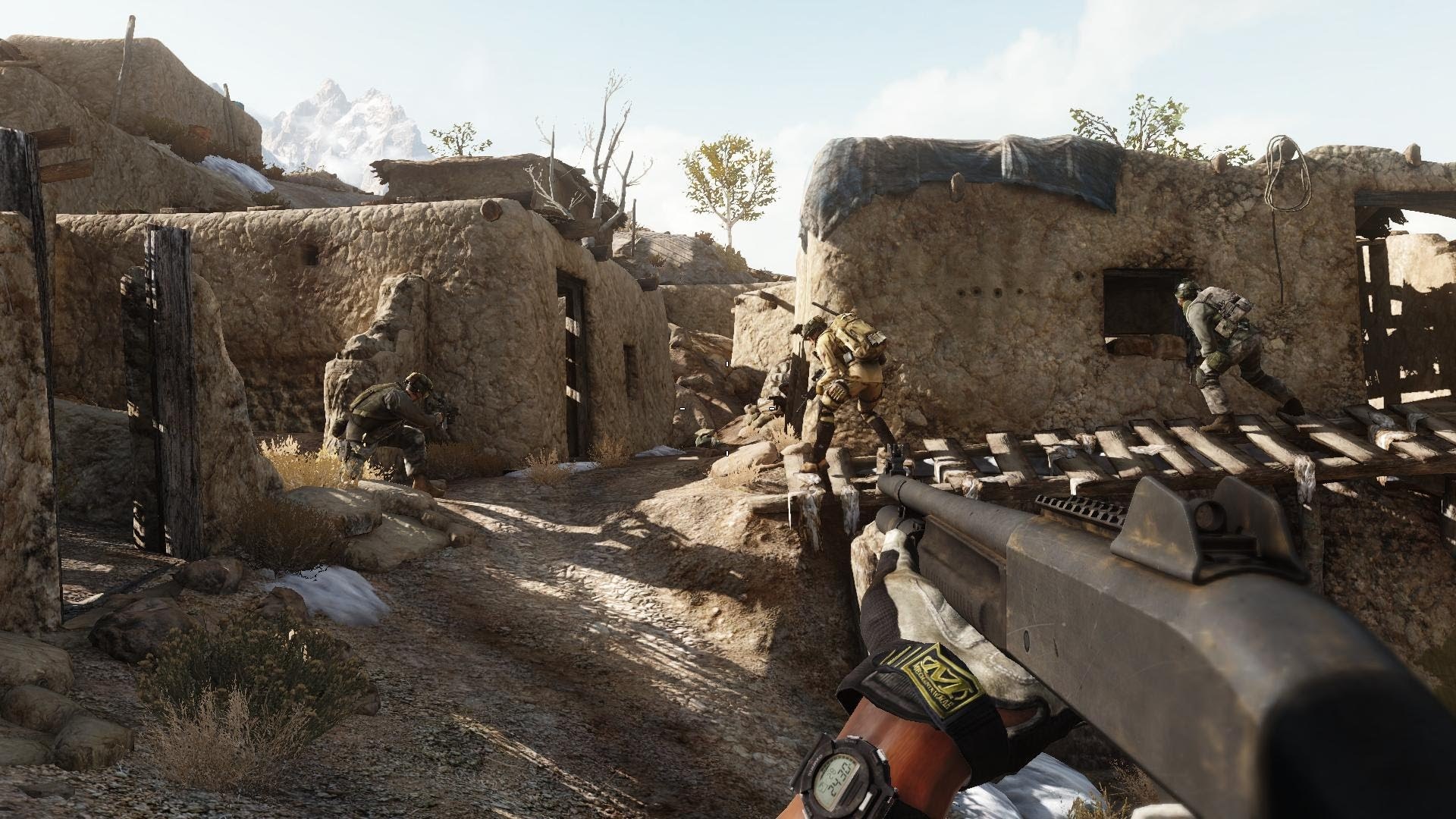 One of the most baffling mechanics comes in the form of door breaching. There are so many doors to breach and opening methods to unlock. Shotgun blasts to the hinges, a boot to the door followed by a flashbang, shaped charges, yada yada are all available. Not that the method makes any tactical difference. No matter the tactic taken, it also goes into slow motion, with the player required to clear the room before normal speed starts again. Frankly, it comes off like a parody of a Call of Duty game. Actually, a parody of a Call of Duty game probably would have done better financially and critically….

Then there is the “brown people” discussion to be had. Many people were put off by the fact that this was a game centered around hunting down stereotypical terrorists. It struck some as trite, and possible overly reductive. I’m not going to get into the politics surrounding this argument. However, I will point out that the enemy that as displayed here are positively superpowered. They can teleport, dodge point blank bullets with lightning speed, and land a shot with a side arm from half a continent away. One could argue that this is empowering and encouraging. Which side would you rather be on, the one with the guy with home problems or the one where everybody is all of the X-Men rolled into one. 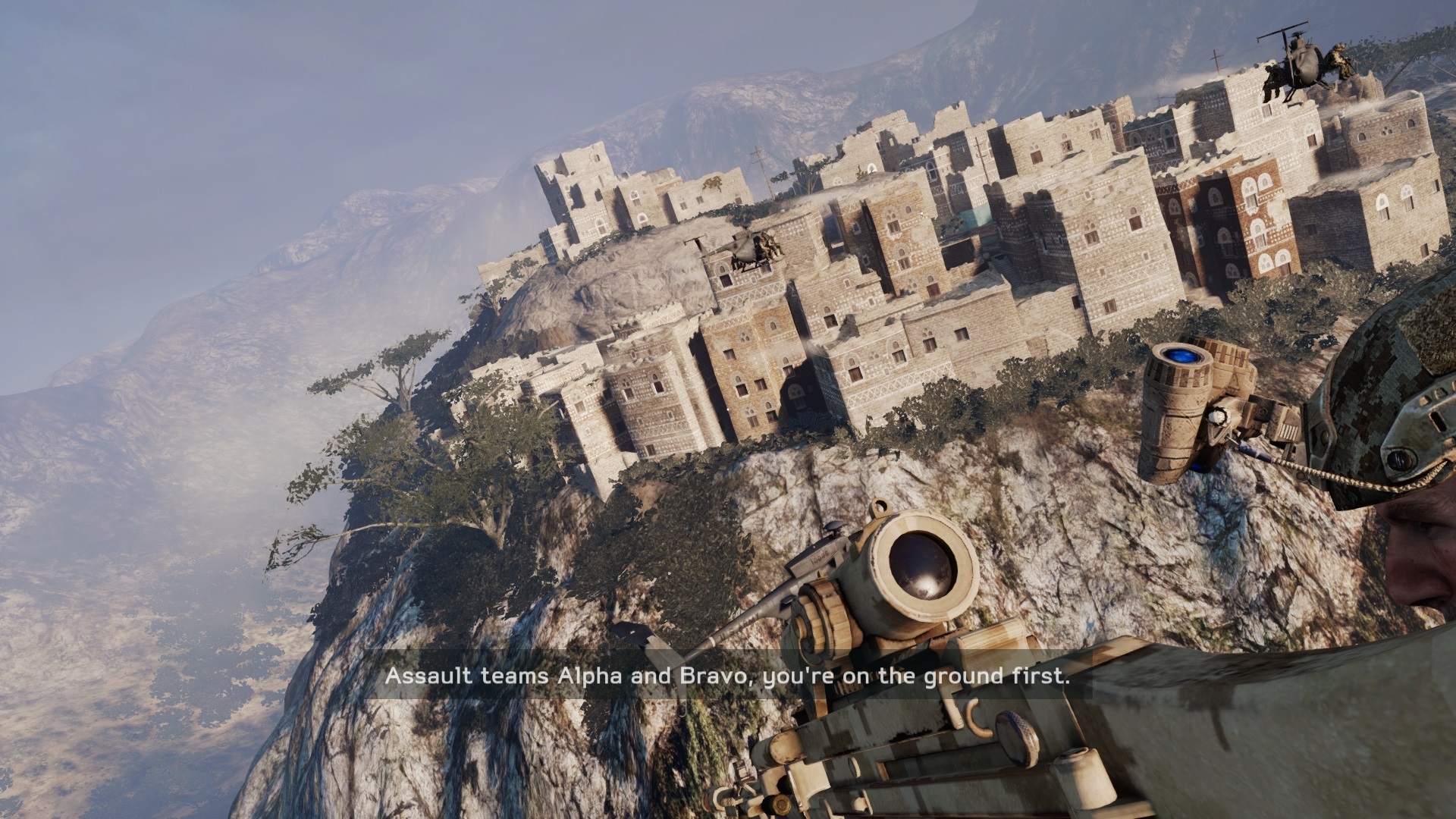 Considering that this game can be snagged for less than five bucks, one could make the argument that it’s good for a laugh. But it isn’t funny; it’s just annoying. Were the game not so short, I never would have bothered finishing it, finding myself simply annoyed instead of amused the entire time. Multiplayer cannot even factor into the value proposition, as the servers are barren. It’s just a sad waste overall.