For better or worse, Nintendo has always marched out of time to the beat of their own drummer. This has led to them leading the charge in innovation on multiple occasions, and other times their direction has led to nothing but confusion and frustration. The online interface for the Switch falls into the latter category, where any interaction with people on your friends list requires a smart phone (sold separately) and using an app like Skype or the Nintendo Switch Online App. Why an online communication system similar to the ones used by the other popular consoles is not used remains a mystery, since the idea of having an on board network communication system has been around since the original Xbox which came out 15 years ago, but Nyko’s Clip Grip Power addresses this issue while including a couple other nifty features that make it far more useful than just a phone clip.

First and foremost, the Clip Grip Power  is an ergonomic grip that conveniently attaches to the Joy-Con controllers and has an extendable adjustable arm that can secure most smart phones above the controller. When not in use, the arm can be returned to the underside of the Clip Grip Power so it is nice and streamlined like a regular controller pad. This sounds great, but wait there’s more!  The Clip Grip Power contains a 3000 mAh internal battery that charges the Joy-Cons, so not only does it feature an extendable arm but it also extends the life of the controllers, which is useful for games like The Legend of Zelda: Breath of the Wild that can quickly drain the batteries. It’s actually useful for all games since more battery life is never a bad thing.

In addition to being a convenient phone holder and extra power source, there is additional built in storage for up to seven Nintendo Switch games and two micro SD cards. This feature is actually really nice since the game cartridges and SD cards are so tiny this a great way to store them during travel and not have to worry about them getting lost or having to use a separate carrying case. There isn’t a lot to say about it besides it’s convenient and nice. More controllers should follow this example and learn to do something useful besides operating games. Lazy underachieving controllers. 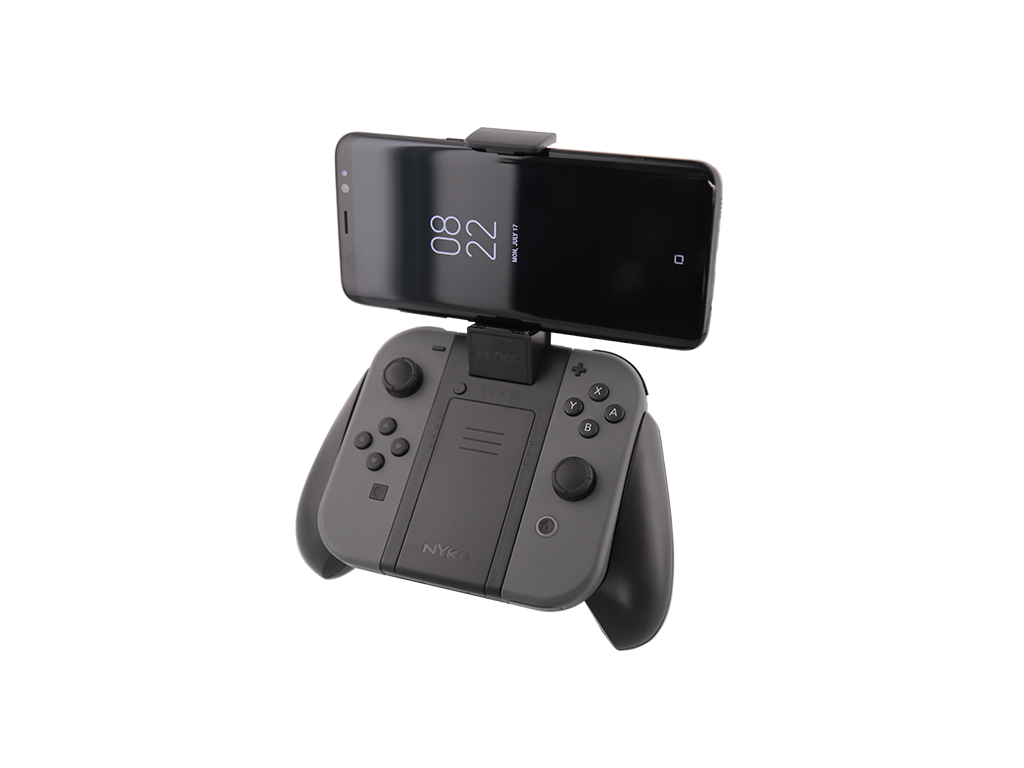 So now that I have regurgitated all the information that anyone can get from Nyko’s website, how does the Clip Grip Power hold up to the rigorous field testing we put it through (aka playing Splatoon 2 and Blaster Master Zero) and is this a worthwhile accessory? It actually performed admirably. The grips are comfortable to hold and the unit has a good weight to it. The extendable arm folds out easily and can adjust the grip to fit most smartphones in the horizontal postion. The front plate easily slides off to open up the storage for the Switch Games and Micro SD Cards, and extending the battery life is never a bad thing. The Clip Grip Power does everything it sets out to do.

The biggest problem doesn’t come from the actual Clip Grip Power but from the Nintendo Switch Online App itself. The grip extends to accommodate most smart phones in the horizontal position, which is fine since the weight is better balanced that way than if you were trying to balance some gigantic tablet sized phone in vertically. The problem is the Nintendo Switch Online App doesn’t switch its format when the phone is turned on its side, so using the Nintendo Switch Online App is made easier if one is skilled at reading sideways letters. Hopefully this problem gets rectified in a software update in the not too distant future. Every other app we threw at it switched to horizontal viewing mode, so Skype, Messenger, YouTube and anything else we tinkered behaved how all smartphone apps should. Still, having the phone strapped to the controller is better than having it somewhere stray nearby, even the app is its own worst enemy in being user friendly. 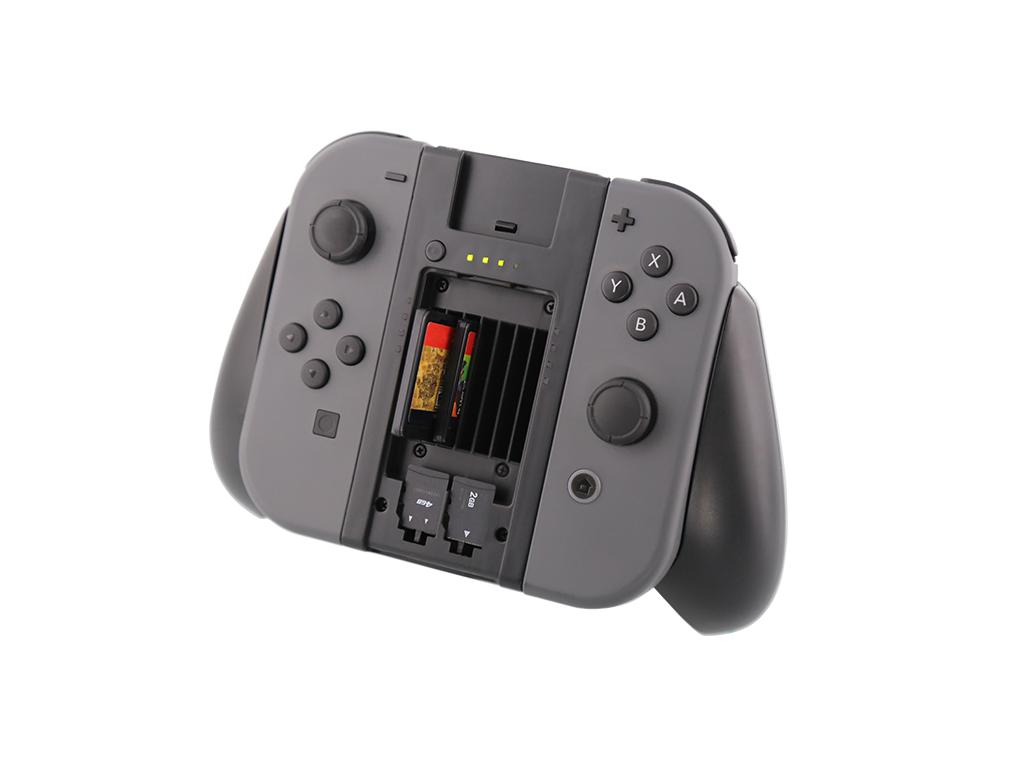 Nyko’s Clip Grip Power is actually a nice accessory. In this writer’s opinion, having to use a smart phone app to maximize a console’s multiplayer experience should never be necessary, but in this case it is and this device is an easy solution to having to figure out where to position the phone to use the app while playing a game. The additional storage and battery charging are useful features that make this product more than just a phone clip and much easier to justify making the purchase since those features would still make this worthwhile even if Nintendo went with a less convoluted social gaming interface. This is a product that is easy to recommend to any player who intends to use the Nintendo Switch Online App or likes to take their Switch on the go but travel lightly.