Not since trailing the enclosed regions of Ocarina of Time has a Zelda game — on its World alone — ensnared me so with its equal-measure presentation and equal-measure mystery. While dungeon structure, atmosphere, secondary characters and the occasional nifty mechanic to discover have made past games reasonably enjoyable, not since the series’ N64 magnum opus (or perhaps opuses) has the actual World, the very design and inevitable execution of its setting struck a chord with me. Not because it’s anything drastically new; many people, it would seem, agree that this is Nintendo’s take on the ‘open World sandbox’ popular as of late in the AAA section of games.

Part of the reason why I find myself pumping more and more hours into Breath of the Wild — right at the point where I feel I’m ready to figuratively “move on” — is because of how kaleidoscopic its vast many features, from the tallest of mountains to climb right down to its cel-shaded blades of grass, work in tandem. Sparking dozens upon dozens of spent minutes, tens of minutes, even hours trying one’s damnedest to pick apart everything on offer…and everything else tucked away amidst its many geographical or geological regions. I’ve spoken before about the imperative nature of good level design; the importance for a game to make its players feel part of a living-breathing locale. One that shows considerable attention to the way processes flow as well as how they’re presented and inevitably executed, be it by the player or the game’s own instruction. Regardless of whether its structure is linear, non-linear or entirely “open-World” for that matter. Do well enough to help your player escape their own reality and, generally speaking, you’re on-course for a jolly good adventure. 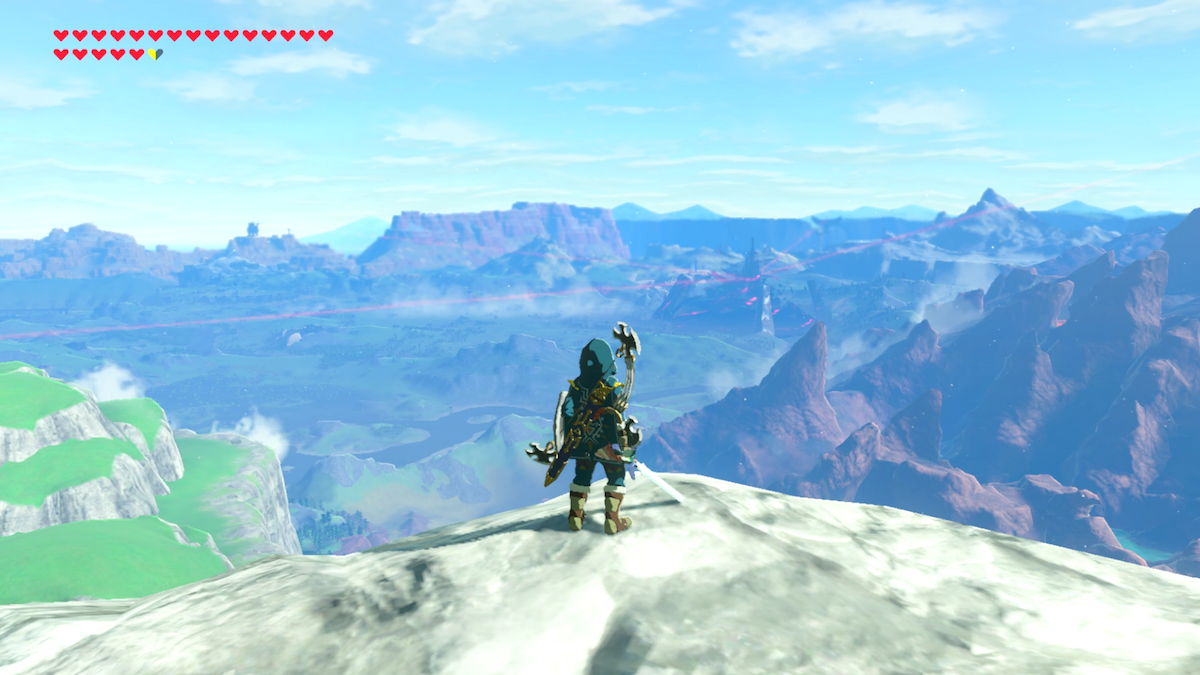 Breath of the Wild isn’t the first “open-World” Zelda, despite that claim [strangely] being floated around and seemingly cemented as fact. You lot do know the original Zelda was “open” in practically the same regard, right? Breath of the Wild certainly feels like the most liberating of Zelda’s collected settings. One free from the shackles of narratively-linear objectives and strict destinations. If still tainted in parts — specifically the four main Divine Beast quests — by the expendable nature of secondary characters debuting, presiding and forgotten about once accomplished. It reevaluated Zelda’s more recent stance on the facet of design from the perspective of going about tackling a given challenge, going about it in a rather radical manner — ditching all-but-entirely the notion of story that might have otherwise hindered or even removed entirely player experimentation. There’s no clearer a representation of this than the fact there are no borders or “walls” per se in Breath of the Wild. Yes, there are of course interiors and inevitably the “can’t go any further” invisible sort noting one has reached the physical parameters of the game itself.

The great thing — and one you can only truly appreciate upon actually playing — is how easy and simple it is to head off the beaten path and, if you want to, trudge across Hyrule’s many mountains and still end up at your destination. Of course the game, subtly (another great feature that I’ll get to) does advise you taking a more off-road trajectory if one is to avoid hordes of patrolling enemies and natural dangers alike. Yet herein lies but one small part of Breath of the Wild’s most prominent rule of thumb and that is that there is no strict rule or set objective containing many smaller sub-objectives you have to reach in order to clearly, correctly accomplish a given task. Beyond the starting area of the Great Plateau and the need to acquire all the Shiekah Slate abilities plus the Glider, you can’t help but double-take at how easily — and how confidently — the game says: “right, here’s the rest of the World…off you go…have fun!” In all honesty, I spent the first few minutes post-Plateau just staring at my screen, perplexed by Breath of the Wild’s sheer openness and the new-found liberty I had in…yes…going wherever I wanted. 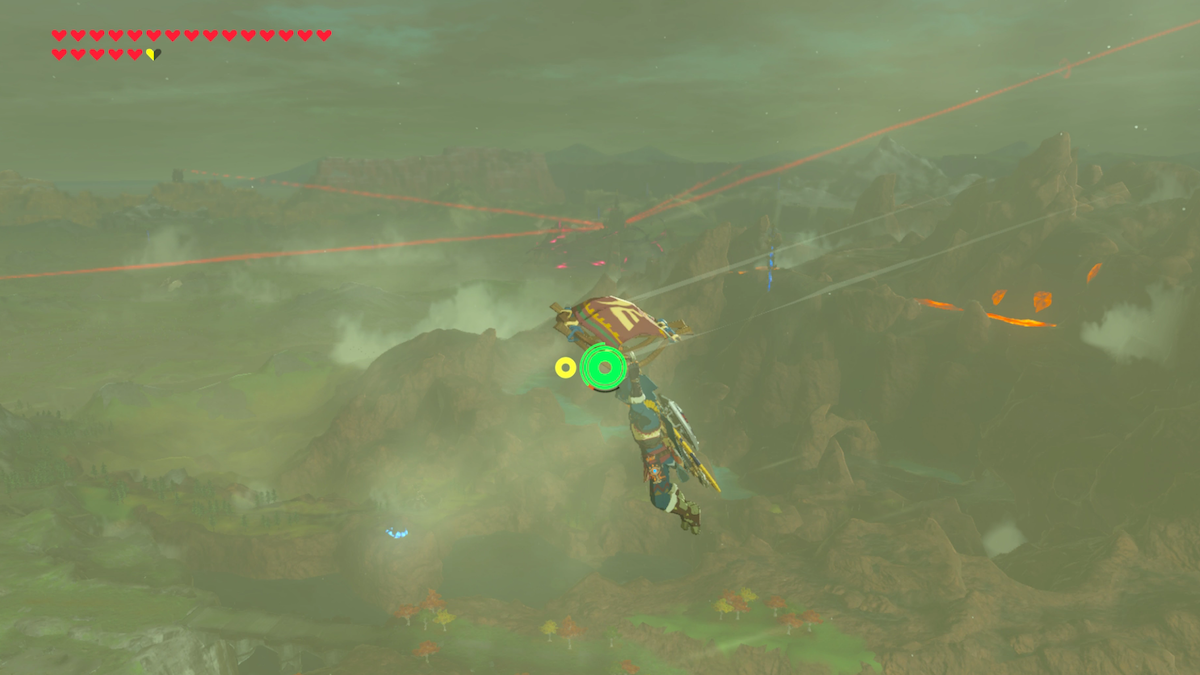 It’s not a new feeling nor is it one that I haven’t experienced in previous open-world/sandbox games. Yet there’s a canny and dare I say warming feeling to be had in the way Breath of the Wild leads on from this grand revelation. The way it benefits from this multi-solution aspect that a World like Zelda has been deserving of for some time. Making sure, above all else, that it’s the players who define their experience rather than the game itself — resulting in more than one occasion of a happily accidental or otherwise unintentional discovery and as such, welcome satisfaction from having explored a given region of this World, fueled by little more than the most human of instincts. To claim I’ve invested more than 90 hours into the game and still…still…come across a previously-undiscovered Shrine or even just a humble little curiosity with out-of-character surroundings is a testament to how dense yet brilliantly orchestrated Breath of the Wild really is. Not just from a statically designed perspective, but from a motional one. Walking that fine line between teaching the player its World’s many rules along the way, yet allowing players to join the dots. Not to mention having the confidence to simply leave the player to their own devices without thrusting countless distractions in our face out of fear they might get bored.

Perhaps this is why the rendition of Hyrule present in Breath of the Wild is worthy of so much discussion. A game World that speaks to those of us who long for the type of endless explorative experience that alludes to discovery and rewards, at the very least, heightened curiosity. For Breath of the Wild never seems to stop hinting towards possible outcomes or subsequently satisfying end goals. Be it the most simplest of features: a ball-and-chain attached to a hollowed-out tree; some ruins one can only spot by zooming in on the map; a suspiciously-ancient arch or entryway of sorts. Whether it’s rewarding you with another Korok seed, managing to identify the name of a new location to permanently add/unlock or of course the discovery of a Shrine, Breath of the Wild trusts its players to not only discover its many nuances, but work out what their actual purpose is. 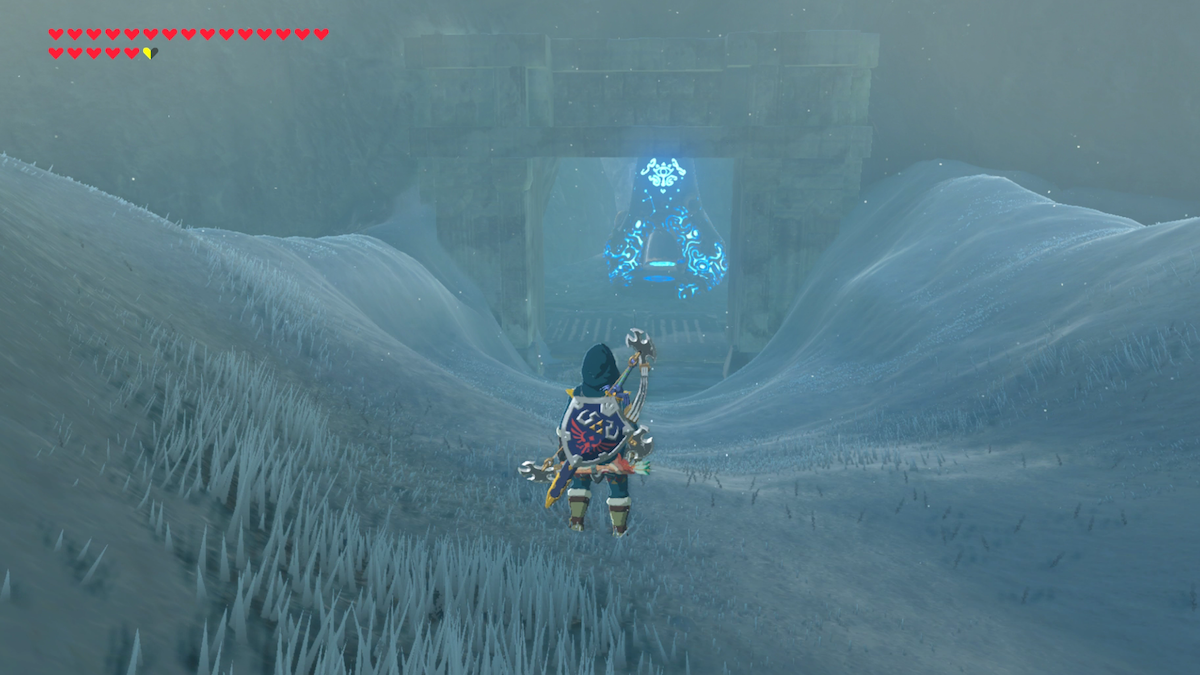 For me, trust is the biggest take-away from this game. I’m sure you — reading this now — empathize with the common thread of thought on the web over the past few years: that AAA developers have tended to [diplomatic] be somewhat reserved on the power of visuals over direct instruction or [blunt] just see the common player as stupid, lacking in intelligence or merely satisfied with repetitive gameplay tropes. Rarely then does a trip through the wintry mountains or gliding down to a small isolated forest feel like wasted time, because it’s the visuals themselves — and in that signatory subtle manner of offering exactly the right level of suggestiveness — that make the whole experience worthwhile. I gained nothing from jumping off a cliff and gliding across a stretch of land that may or may not be under effect of the game’s weather, but I was confident in the notion that Breath of the Wild would give me another one of those “ah-HA” moments.

It’s a game World all-but-entirely devoid of mere stagnant decoration or cleverly-disguised limitations. Always providing the player with an array of clear or otherwise experimental means to proceed, be it in solving an environmental puzzle or simply traversing a new locale. True, I don’t think Breath of the Wild has the same degree of pull as, say, a game like The Witness has…with its cleverly and intentionally structured environments that eventually reveal themselves to be but part of the game’s elaborate series of “other” line puzzles. What Breath of the Wild has instead is these little microcosms of self-made discovery, each with their own personal dynamics. Sure the reality is that you’re merely the latest member of a million-strong club when it comes to discovering Temple ruins tucked between canyon ridges, cracked rock surfaces hiding hollowed alcoves, skeletal remains of giant beasts etc. Even still, the feeling is no less palpable because every one will figure or otherwise stumble upon them in their own way. In the grand scheme of things, these smaller settings are but mere distractions — offering next to no fundamental gain in order to complete the main quest, but the reason why these inclusions work wonderfully in the context of a Zelda game is that they represent the most fundamental of joys to be had in a vast, explorative adventure as this. Of the player being let loose in a World to determine what it is they deem both the “means” as well as the “end.”

It matters not whether your persuasion to Breath of the Wild is one of a devoted fan — eager to discover the truth/back-story of what’s taken place — or not. Similarly with games such as Fallout: New Vegas and Xenoblade Chronicles, it plays to the camps of both gameplay and narrative focus alike, leaving bread-crumb trails and emergent interactions that might well distract from the objective present, but only represent the heights of immersive escapism into Worlds of both sci-fi and fantasy persuasion. Nearly every part and/or aspect of its structure and presentation feels intentional. Deliberately built for a given purpose or subtle coaxing for the player to invest just that bit more in what may or may not be found. 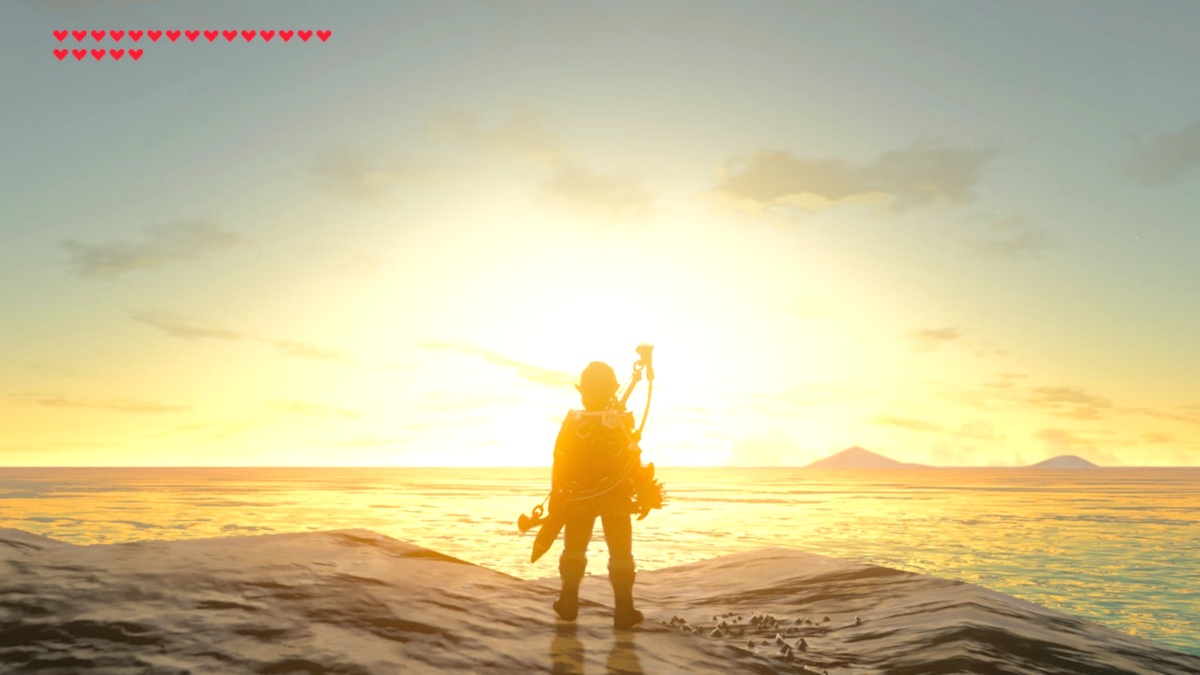 It goes without saying Nintendo succeeded in their original goal of breaking from out the “conventions” of a Zelda game — providing a game that leaves the player up to their own devices and self-made assumptions of the World around them to further push the agenda that true, organic player involvement is possibly the greatest joy to watch unfold in a genre of this caliber. The only manner of guidance being subtle environmental and audio cues that appear and disappear in similarly quaint fashion. Exploration becomes fun again; reasserting the concept’s greatest element that one’s own investment and commitment to a particular objective can indeed be rewarded but is as much about the journey as it is the destination, because said journey may pivot you in one of many new directions. Filling a newly-discovered plot of land with many an icon or quest marker only goes to defeat the purpose of an open World: to marvel or simply take in the spectacle that is a non-linear environment.

Breath of the Wild isn’t perfect. Its low-points cannot be ignored or get outshone by its admittedly many “hits.” The lack of distinct dungeons/temples, not to mention its embarrassingly lack-luster “ending” (if you want to deem it as such) gives reason to frown in my more passive of critiques. And while I personally didn’t have as much an issue with the weapon management, I can accept/appreciate this may have rubbed a fair few people the wrong way. While I’ll leave one of my fellow HG brethren to elaborate on these secondary irks, it goes without saying that Breath of the Wild may herald of 2017’s most interesting, most inviting and as a result, most ingenious Worlds of any game I’ve played recently. A World that is both active and reactive to a player’s own input and investment, it’s perhaps a shining example of many key principles in game design. Intrigue, flow, variety, structure…but more importantly, trust. When you hit the 85th or 86th hour of a game in one of your many glides high above Hyrule and go: “hang on, what’s that?”…that right there is a very special something in video games. Something I rarely find and one Breath of the Wild, increasingly, seems to have perfected.