Despite the high praise the recent remaster Final Fantasy XII: The Zodiac Age has been receiving, the original Final Fantasy XII was a rather divisive title when it was first released on the PlayStation 2 back in 2006, even though it was also well received by critics. While this entry did excel in many areas, there were plenty of aspects that fans of the franchise were able to nitpick, with the biggest point of contention being the massive departure from traditional Final Fantasy gameplay, namely the battle system. It was a change the series needed, but whenever you’re dealing with something that’s been done a certain way for about two decades, just as many people will be crying foul to the drastic change as there will be fans who welcome the update as a much-needed breath of fresh air.

Final Fantasy XII did away with random encounters and the turn based battle system. No longer would the party exit the map screen to enter a battle scene, all enemies were visible on the field and battles took place on the same screen as all other events. This resulted in the game resembling an action game more than RPG, though the classic commands were still in place. This system makes it impossible to control multiple characters at once, but the Gambit system allowed the players to program behavior patterns to the characters not under their immediate control. This new battle system was patterned after the MMO Final Fantasy XI, but with Final Fantasy XI being one of the two numbered Final Fantasy titles I haven’t played (Final Fantasy XIV being the other) my comparison point for this new battle system was that it felt like the Square Enix take on the combat used in Star Wars: Knights of the Old Republic. 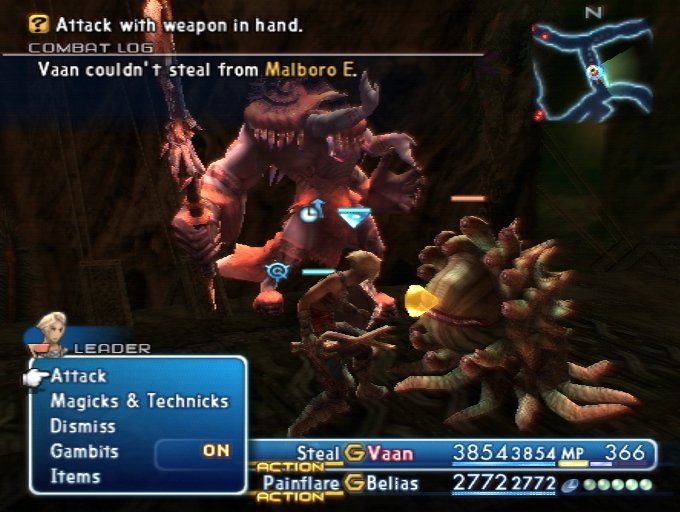 This does not mean I was innocent of having doubts about this new entry. I did not like a lot of changes in Final Fantasy VIII, and while I thought Final Fantasy X was good it didn’t quite pull me in the way my favorite titles in the series did. Naturally, seeing the turn based combat system being completely abandoned gave me reason to hesitate on purchasing this one. I eventually got it a few months after its release when I found a decent sale, and this ended up being pretty high on my favorite Final Fantasy list, despite some initial trepidation. Vaan fit the mold of being blond and androgynous, and I’m not sure what sort of chromosomal abnormality resulted in his bizarre abs. Vaan was not a great leading man, but Balthier stepped in and claimed that title for himself. Other characters such as Fran, Ashe, and Basch were more interesting and helped this break from the traditional Final Fantasy system successful.

If we are being honest about Final Fantasy games, they all have been fairly linear with a main story line and a few optional side quests that open up later on, but the open world exploration and dungeon crawling made them feel more open ended. Final Fantasy X broke this tradition, with an airship appearing extremely late in the game with the ability to only travel to predetermined points. Final Fantasy XII returned to the open world approach, and did so in a way where the freedom of exploration felt greater than in the previous titles, even in spite of the airship not being able to freely fly. And because random encounters are not included, the character can freely avoid conflicts on the world if they simply want to explore the world without being bothered with combat. 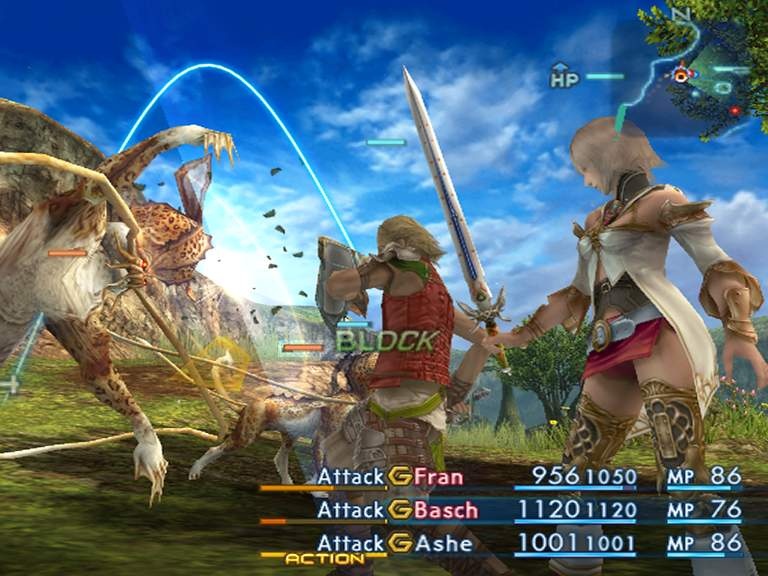 Once I adapted to the very non Final Fantasy battle system, I discovered that I enjoy it quite a bit. I still wasn’t completely sold on the game yet, there was a turning point early on that made me think that this title may be a return to Final Fantasy greatness. Balthier, being a sky pirate and all, has done some things that resulted in a bounty being placed on his head. As luck would have it, the party encounters some hired goons led by Ba’Gamnan, a bangaa headhunter who essentially is some jacked lizard man looking dude with a weapon that amounts to a massive circular saw at the end of a very long stick. Conventional wisdom says that one look at that crew means retreat is the best option, while video game protagonist bravado says to fight. Larsa, a temporary playable character with the party, goes with conventional wisdom and hightails it out of there. The player is able to fight these miscreants or retreat, with both options leading to viable outcomes. Being rather impressed that I could run from a boss fight, Balthier’s leading man duties consisted of him leading the charge down the escape path.

To contrast how impressed I was the option to bravely run away from a boss fight, Final Fantasy XII is not without some cringe worthy moments. One such moment involves Basch locked away in a dungeon. Popular knowledge states Basch was executed years ago, but contrary to belief Basch is very much not dead. Part of the master plan of the party requires that the news is spread that Basch’s death was faked, so Vaan has the  brilliant idea of running through the city proclaiming “I’m Captain Basch Fon Ronsenburg of Dalmasca!” I suppose we shouldn’t expect brilliant strategies from a street urchin who spends most of his free time working on making his abs resemble Worf’s forehead, (Editor’s Note: They weren’t that bad on the PS2) but cringe worthy nonetheless. Despite the Basch nonsense, Final Fantasy XII was actually an excellent entry for the franchise. Certain changes to the standard formula were made to this game to make it feel more immersive, like defeated enemies dropping loot to be sold instead of gil pieces or summoned Espers staying in battle to fight alongside the party instead of being just a quick cinematic. 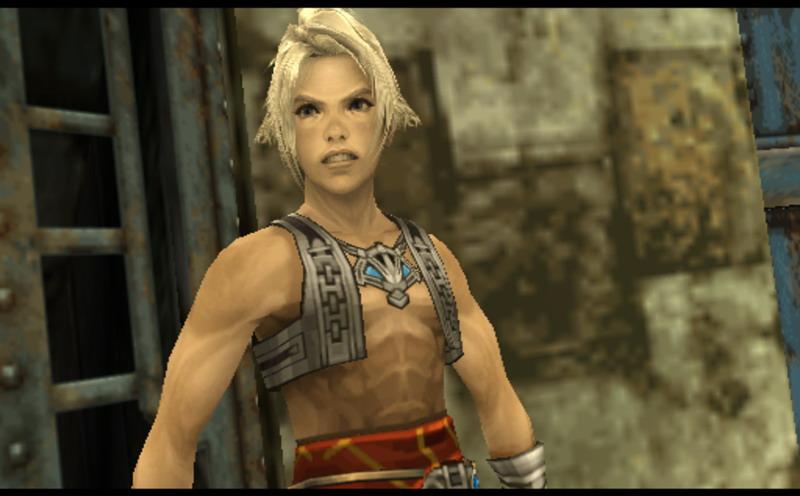 Final Fantasy XII made a lot of changes to the classic formula, surprisingly becoming one of the stronger entries in the series and one of the best RPGs for the PlayStation 2. While released late in that console’s life cycle, Final Fantasy XII had amazing graphics for the time and offered a deep gameplay experience. The plot focused heavily on war and political upheaval, taking place in a world with a detailed and unique appearance. The remastered Zodiac Age includes the changes introduced in the International Version that never saw a US release along with optimization for HDTVs and more powerful console hardware, but the meat and potatoes of the game remains blissfully the same. Whether played on PlayStation 2 or PlayStation 4, Final Fantasy XII remains one of the stronger entries in the series, no matter if someone is enjoying it for the first time or revisiting it after a few years.