Unlike the writers of this feature that came before, my girlfriend Wanda exists but she is not a gamer, but meeting half of the criteria was enough to put me on this assignment for the immediate future. I have always thought that since I enjoy video games so much it could be something we could enjoy together. She is resistant, but perseverance has a tendency to pay off so maybe I can show her that games really are awesome and she just doesn’t enjoy them because she never tried to play the right ones. Given that she doesn’t have the years of gaming experience I do, I decided to stick to games that do not require a huge amount of skill.

The first one I played with her is My Name is Mayo. This was recommended to me by a friend due to it being dirt cheap and easy platinum trophy. Since difficulty can be a deterrent to gaming for the inexperienced, this seems like a good place to start, despite knowing nothing about it besides it is supposedly easy and had a stupid name. This was a grave miscalculation. This isn’t so much a game as it is a way to acquire a platinum trophy that does nothing but game shame you every time you see it on your trophy list, reminding you that you wasted 45 minutes clicking a on picture of a jar of mayonnaise.

Trophies pop as you click and typically unlock another chapter in the story mode, which pretty much just puts a costume on the mayonnaise jar so it looks slightly different while you click until the next award unlocks. As the one playing this game, I was immediately bored. Wanda sat on her side of the couch playing with her phone, barely acknowledging the game. The only one who seemed genuinely interested in My Name is Mayo was one of the cats, whose eyes followed the dismembered hand across the screen as I clicked my way to the game’s conclusion at 10,000 clicks, but even he got bored long before I reached the end of this nonsense. This was a good thing, since his prepounce cat squat was making me nervous when I thought about him flying into the TV. I tried to make the point that real games are far more entertaining than this, but so far the gamer conversion quest is off to a bad start. Not even the suggestive swimwear or the glorious handlebar mustache the jar of mayonnaise wore were enough to amuse her. 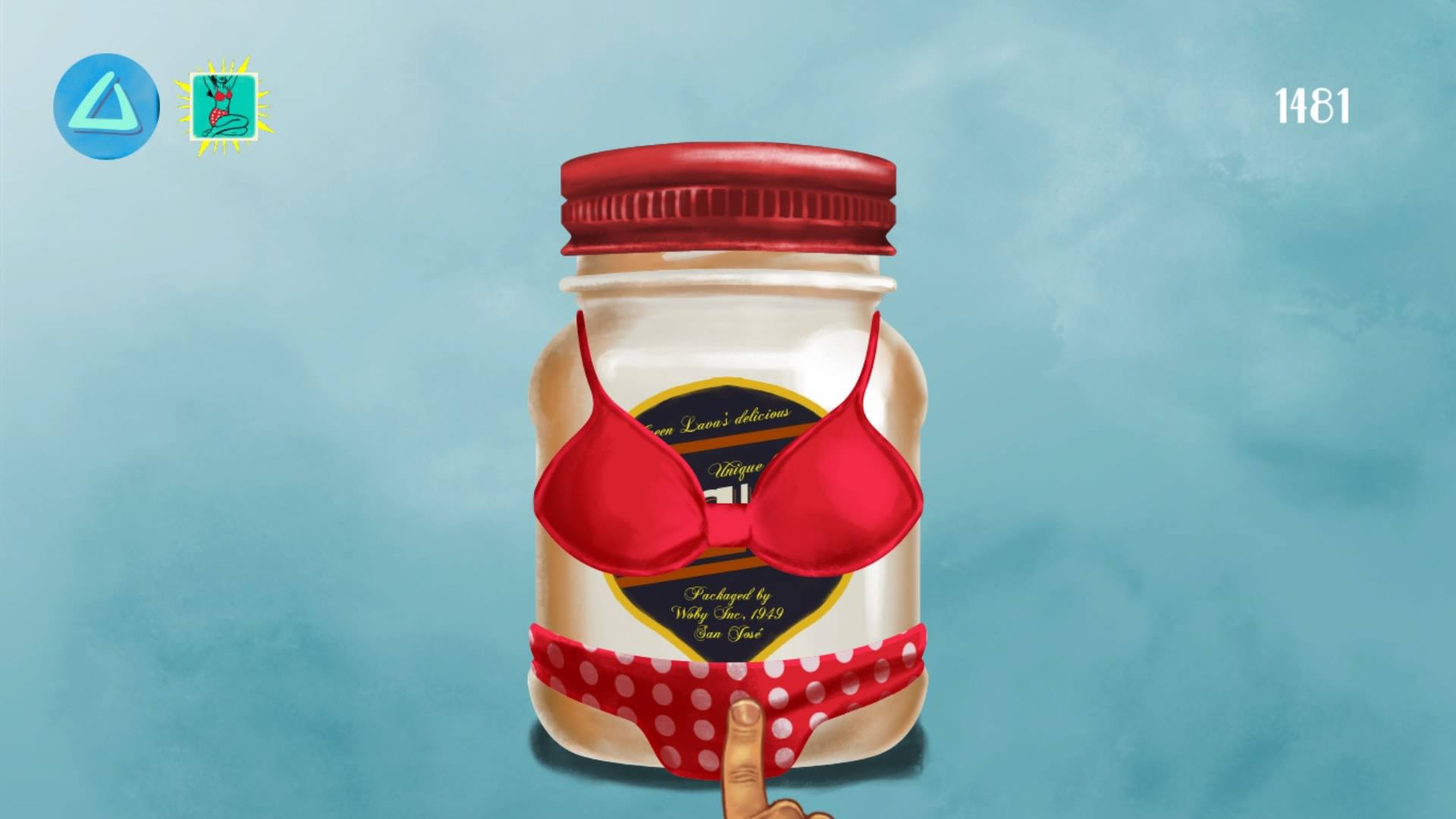 How could anyone deny the sexiness of this?

After only succeeding in reinforcing the belief video games are a waste of time, I decided to move onto something that would have a better chance of appealing to her. We have watched that popular comic book based show about zombies, so the logical step would be to dust off the PlayStation 4 version of Telltale’s The Walking Dead. This was somewhat risky since the gameplay mechanics are not something this game was ever praised for, but the instances where that matters were not too terribly common so the hope was the appeal of the story and relationship building would outweigh the wonky gameplay. This was off to a great start when the game partially crashed when the first dialog choice became available in the opening ride in the police car.

The Walking Dead is a game I liken to Beyond: Two Souls. Both games tell a captivating story and tug at the heart strings, but the enjoyment is lessened when one has to actually do battle with the game mechanics. As a seasoned video game junkie, I thought the controls in The Walking Dead were clunky at best, but nothing that ever prevented me from progressing through the game. Walking around or moving the cursor to interact with an item or person was never an issue, but some of those situations where you have to move quickly from a prone position or battle a zombie feel about as awkward as trying to pull off that precision feat in real life. Perhaps a game with smoother controls might have been a better choice for Wanda, but I already had a title for this feature so we were committed to The Walking Dead.

Grievances on a few control mechanics aside, this actually seemed like a decent choice. As anyone who has played the game is aware, the appeal comes from the story and decision making, particularly the parental role that Lee develops with Clementine. We took turns with the controller, but having played through this before I left all the decision making to her. I think some of her dialog choices were different than what I went with, but what I thought was interesting is when major decisions needed to be made, such as choosing which character will live, she made the same choices I remember making when I played it four or five years ago. If we treat Telltale games like a relationship compatibility test this is a good sign. The short time limit with some of the choices make the group process a little tricky in deciding an outcome, but in spite of that this works as a couples’ game. It’s interesting to see how someone else would choose in these type of games, but what’s more interesting is when we disagree on a choice and then listen to each other’s rationalization on why we chose to let this person live instead of this one. 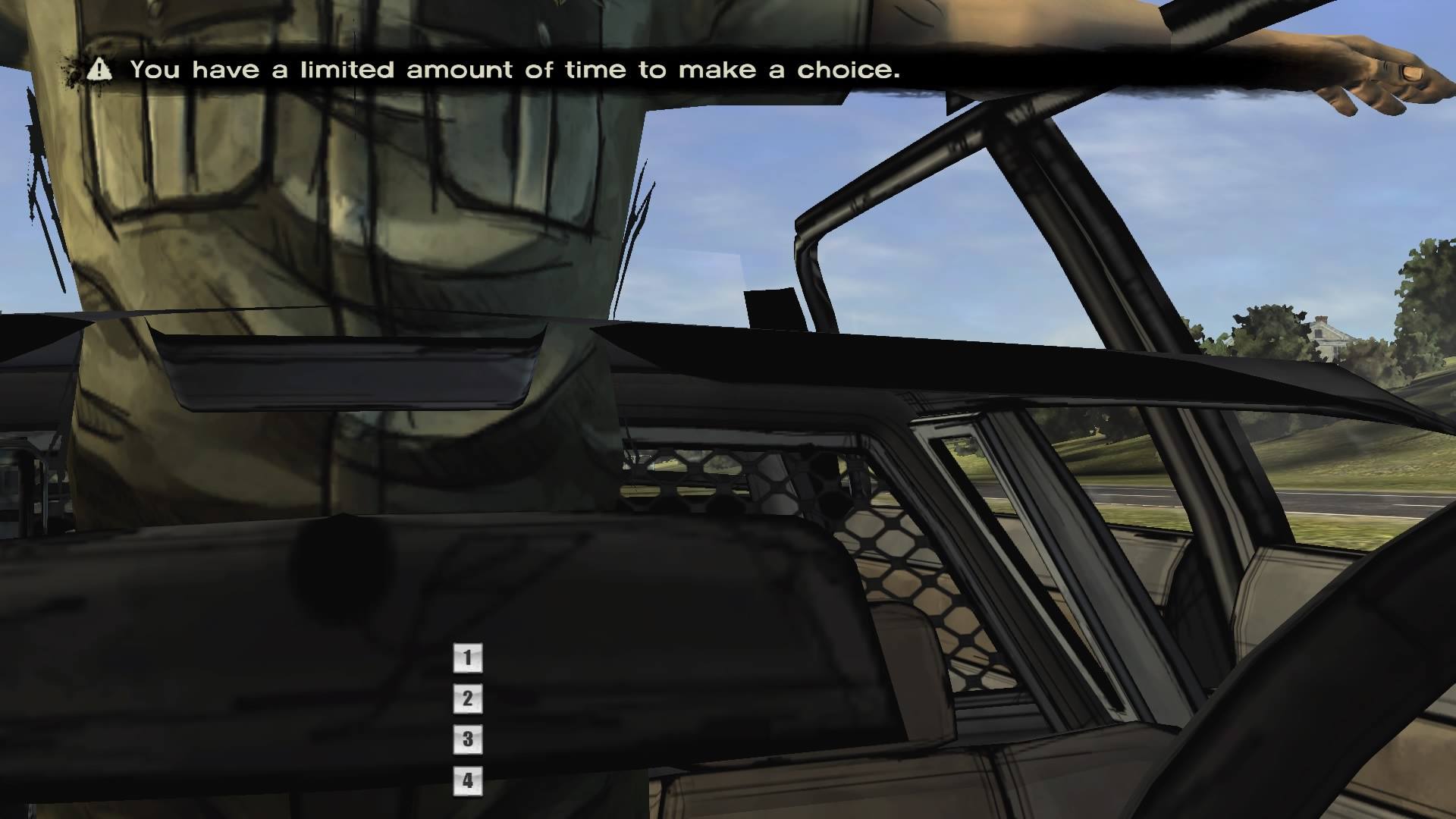 And we’re off to a great start

Minus the resentment of that comes with her being voluntold to participate in this feature, Wanda seemed to enjoy playing The Walking Dead and is willing to finish the game with me. This pleases me, as I think of finding ways to play video games together could be enjoyable, even if our tastes make it so we end up playing single player games cooperatively. We may even delve into some of the hentai nonsense that lurks in the nether regions of the Steam store, but I am going to gauge the possibility of that on the type of facial expression she makes when she gets to this sentence in her proofreading.