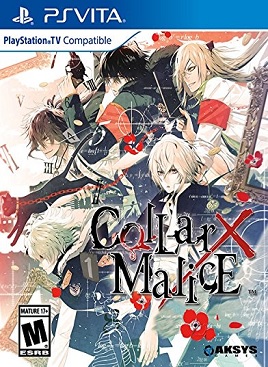 All is not well in Japan’s Shinjuku Ward. The trouble started in the spring, when captured police officers were shown in a widely released video. A month later, another video was released, showing the officers murdered. Accompanying the scene was a voice over announcing that this was justice; the sinful are being punished. Even more worrying is that this is just the kick off, the first number in a countdown to what the criminals have dubbed X-Day. Each month, one or more murders follow, each marked with a special coin and a roman numeral indicating that the ward is one month closer to the dreaded day. In response to the crisis, the ward is quarantined, trapping the inhabitants inside with the killers. To provide some sense of protection, local weapons laws are repealed. Well, they were more super-repealed as every citizen of a certain age is issued a firearm for protection, a move that certainly won’t have any unintended consequences during the course of the story. It’s a city in crisis and no one quite trusts their fellow man.

Officer Hoshino, an honest and stalwart representative of the law, is striving to make the best of it, exhibiting a unbending determination to protect the innocent. This earns the attention of the murderous organization, who call themselves Adonis, and she finds herself in deeper trouble than she can handle. She is knocked out by some person or persons, and a collar is locked around her neck. She must assist in the X-Day investigation, for some unnamed purpose, with the help of an extralegal “Detective Agency.” Failure to comply with the rules will result in an instant death via the collar. Telling the police bears the same consequence.

The publisher, Aksys, made darn sure to request that the story isn’t spoiled, but the events described above is simply the introduction of Idea Factory’s Collar X Malice, a mystery visual novel that puts quite a bit of heavy emphasis on story choice. This is a game that is dense in narrative, telling an intriguing narrative centered around the themes of trust and justice. It’s not afraid to get dark, but also has plenty of light hearted humor to keep things from getting too oppressive. It’s…well, it’s really odd. 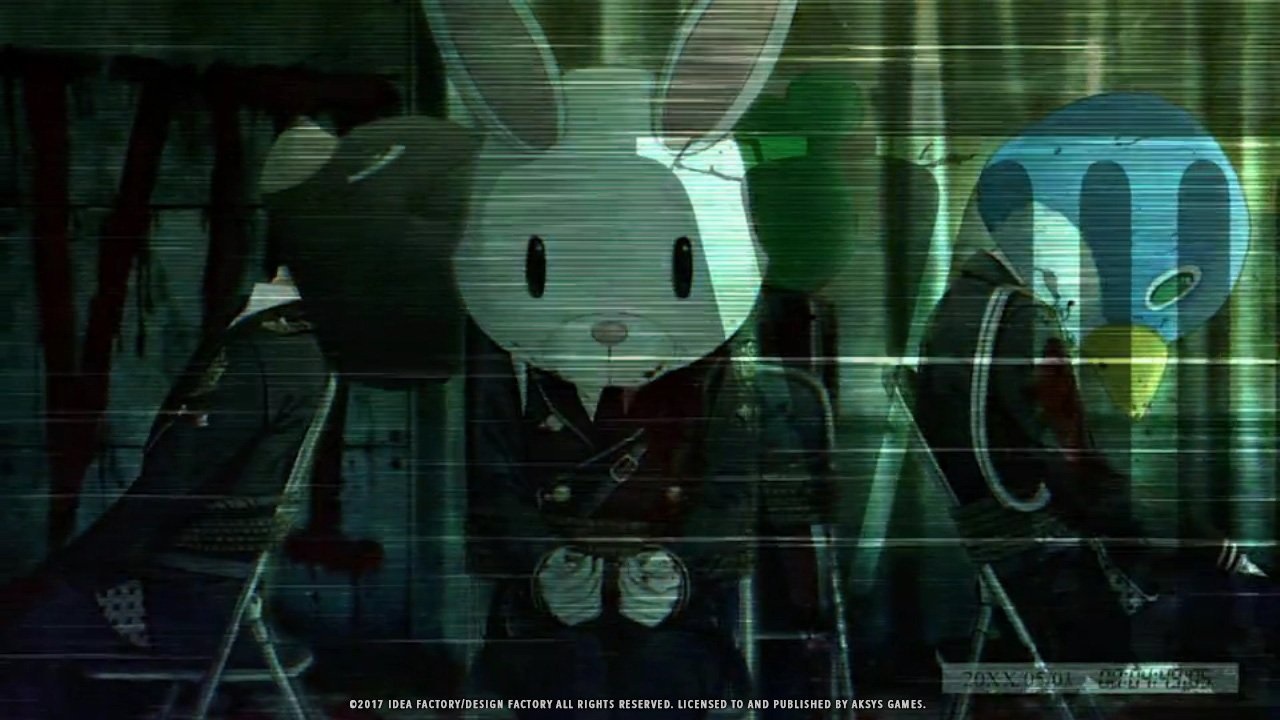 Part of this perceived weirdness comes from the fact that, despite the grim tone of the story, this is actually an otome game. For those unfamiliar with the genre, such as I before playing this particular story, it’s a genre of game that centers around a female protagonist as she builds relationships with various men. By design, they’re designed and built for specifically for women, like a digital form of the highly profitable romance books that keep physical book stores in business. Being a dude that wouldn’t go for this kind of thing in general, the title’s actual target audience was something of which I was unaware before taking the assignment. It worked out for the best; I would have missed out on a really great time had I known.

While romancing the bone does end up taking up some time in the story, Collar X Malice really does feel like a cheesy television mystery mixed with the darkness and high minded villain of a film like Seven, all with a hefty dollop of Japanese humor and character interaction. The mystery is doled out in in expert fashion, with each new piece of information peeling off another layer of the metaphorical onion. Even when not playing this title, it’s easy to find oneself rolling around the known information in their head, worrying it like a stress stone. Is there really a traitor in the group or was that a red herring? If there is, who could it be? Wait, but that one dude said one thing but turned around and behaved differently. It’s him! No, wait. That’s too obvious. 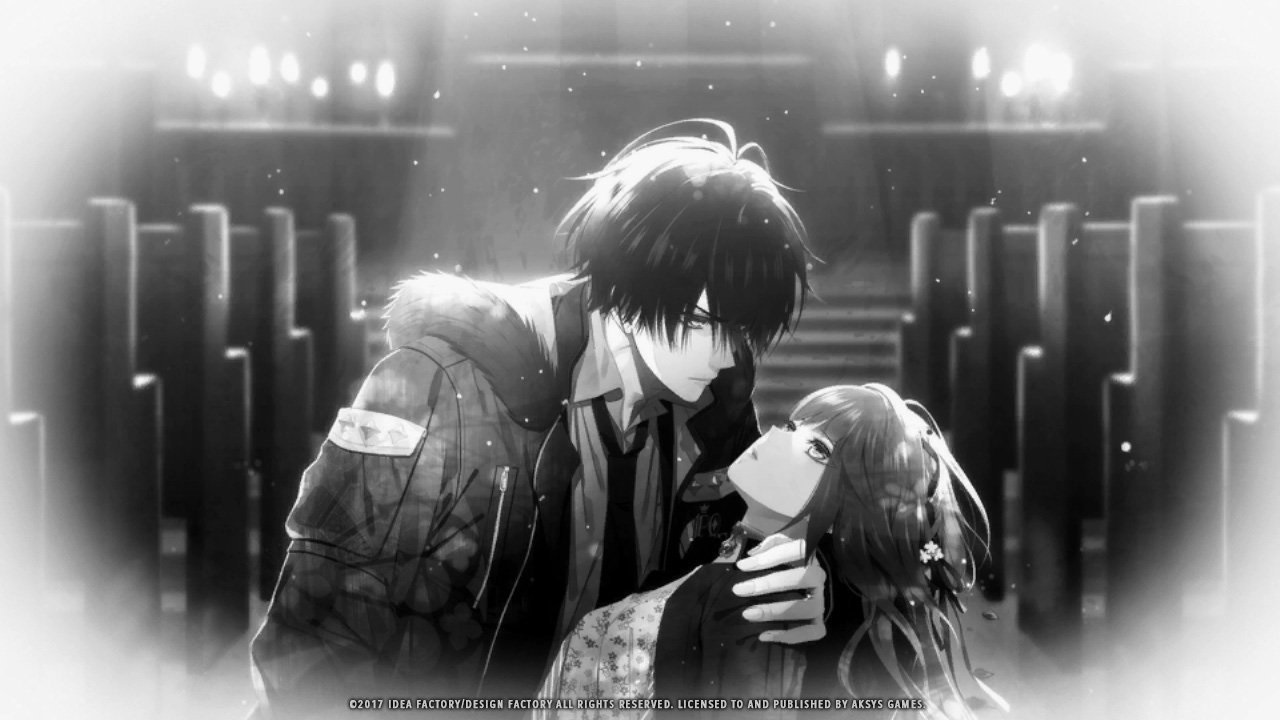 Relationship building is important to the story, with different decisions promising branching paths. I’ll be honest in that I have not yet been able to go back to check how these paths play out, but I know that I made some bad choices in responses during the times when I could choose. These “mistakes” are due to lack of knowledge regarding how a character might take a specific response, which is by design. It’s actually pretty cool. Instead of knowing about something that a character likes and just responding in a way because it’s the “right” answer, I found myself going with how I would respond in that situation. One example of this type of decision is one member of the agency advising Ms. Hoshino that she isn’t trusted. The options were “I understand” or “I want to trust you.” At this point in the story, I answered with my gut.

Most of the tale is told via massive amounts of Japanese voice over work and English subtitles, which is expected in this type of game. The translation work fluctuates from pretty dang good to just workman like, but it does its job well enough to express the intriguing story. However, this is a visual novel, and the appearance is just as important. Idea Factory succeeded quite well here. The backgrounds mix photos and anime art expertly, creating a world that feels cohesive and real, covered in a layer of grime that even the cleanest city can’t quite erase. This level of care also shows through the character design. Each is memorable and instantly recognizable, even as the cast grows in size. This isn’t something that quite a few Japanese games can boast. They all feel like they belong. 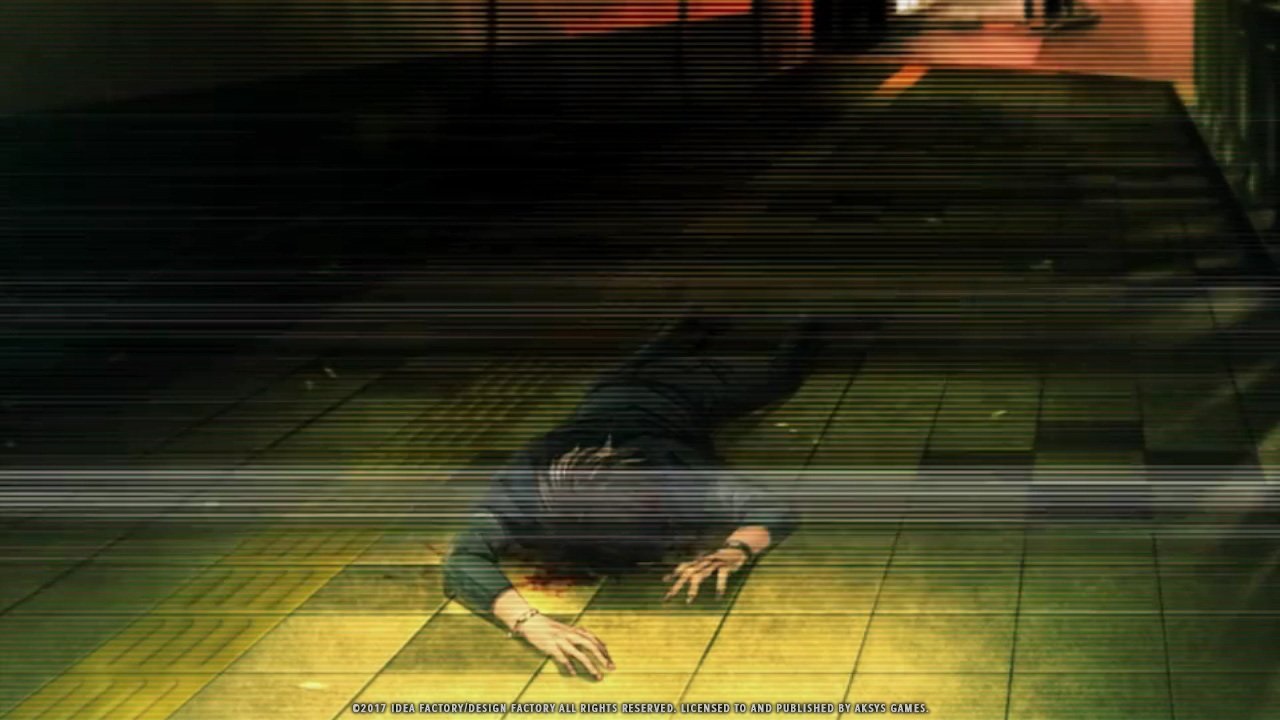 There are a few tiny details that hold this back from becoming an instant recommendation. Occasionally, actions taken don’t make sense. For example, there is an early scene when a couple of citizens pull a gun on a pair of cops. One of the cops calms them down and allows the citizens to go on about their day. Maybe there is some sort of cultural divide here, but %^&*ing what? The perpetrators threatened two other people, cops at that, with a deadly weapon. It doesn’t seem reasonable that the conclusion to that altercation is nothing more than “Eh, they’re stressed and boys will be boys.”

Music isn’t quite at the level that it could be. I realize that, in these types of game, the music is composed to provide texture while staying comfortably in the background to not distract the player. However, what is here sounds like it’s barely on this side of Muzak, which ends up being more distracting. To be fair, some of the tracks do their job, but most of them are a bust.

Finally, it would have been nice if more choice could be afforded the player, especially early on. Many decisions are automatically made by the heroine to keep the story moving, which is understandable. There are two particular narrative points that would have been interesting to explore with a different option, though. This is probably unreasonable as the developers have a narrative that they want to tell, and it’s a good one. There were just a couple of “what if” moments that make me wonder. 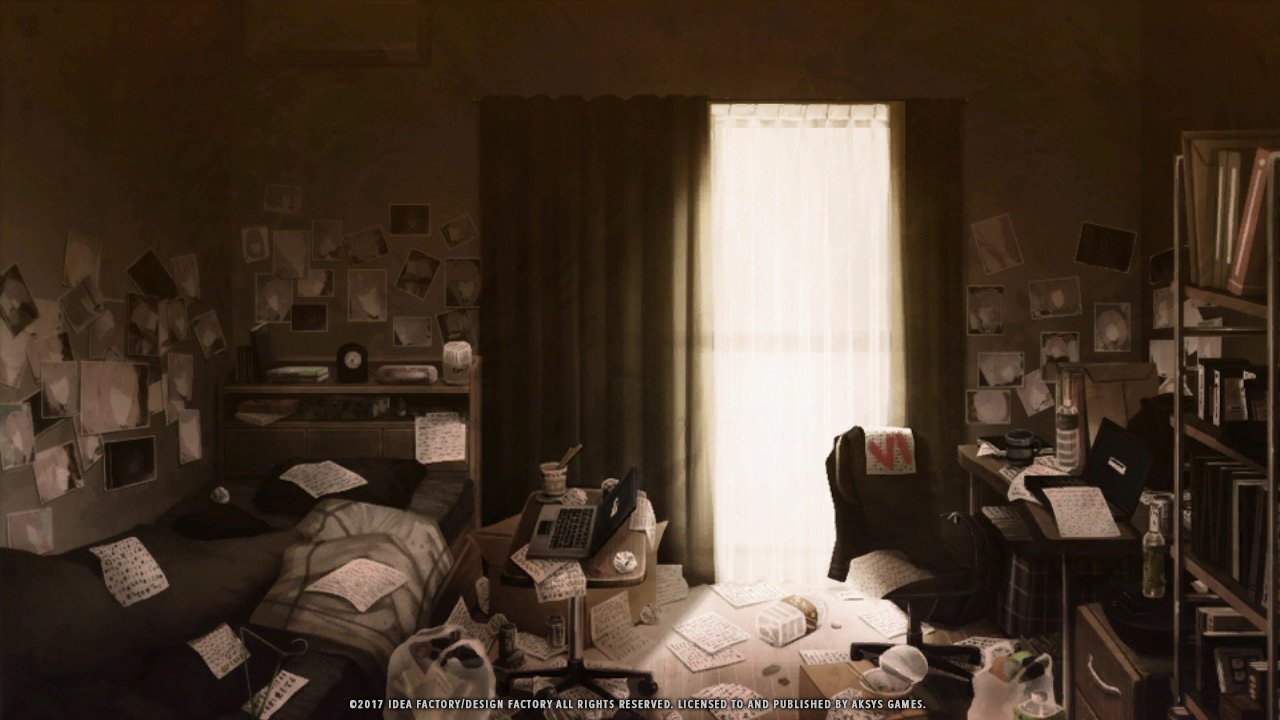 There is a reason that Aksys website for this game doesn’t stress that this is an otome game: the story is engaging for visual novel fans of all types. Collar X Malice is a well-crafted title that leans hard on its mystery and creates a sense of foreboding while keeping it from becoming too much. Idea Factory walked a fine line here and ended up with a cool, stylish experience for anyone that just wants to chill in an easy chair with an interesting story.