Our first character creation guide for Fire Pro World took at look at “The Beast” Brock Lesnar — now, we look at The Cleaner. Kenny Omega has been a long-respected pro wrestler, but has only recently garnered global acclaim thanks to his run in New Japan Pro Wrestling over the past few years. Before this, he traveled the world with his only major national run being in Ring of Honor many years ago — which gave him a fantastic Hadouken shirt. A long-time gamer, Omega has used gaming influences for moves, his Twitter handle KennyOmegaManX and move names. One of his signature attacks is a violent jumping knee strike known as the V Trigger, his take on the Doctor Bomb is known as the Dr. Wily Bomb and one of his biggest comedy-centric moves is Ryu’s hadouken (sans fireball, sadly).

With years of experience, he has never officially been in a video game. WWE 2K17 has taken note of his rise to fame with both his finishing move, the One Winged Angel being added to the lineup alongside his fireball-influenced punch. With Fire Pro Wrestling catering towards the die-hard wrestling audience, it’s a bit surprising that he hasn’t been in a game before – but with the franchise’s absence from the market for over a decade, that kind of issue is inevitable. Kenny Omega has had many kind of looks in just his New Japan run alone. He has worn basic trunks, more elaborate long tights, but has largely settled on baggy pants with black and white trim – which we’ll be using as our basis for him in this game. 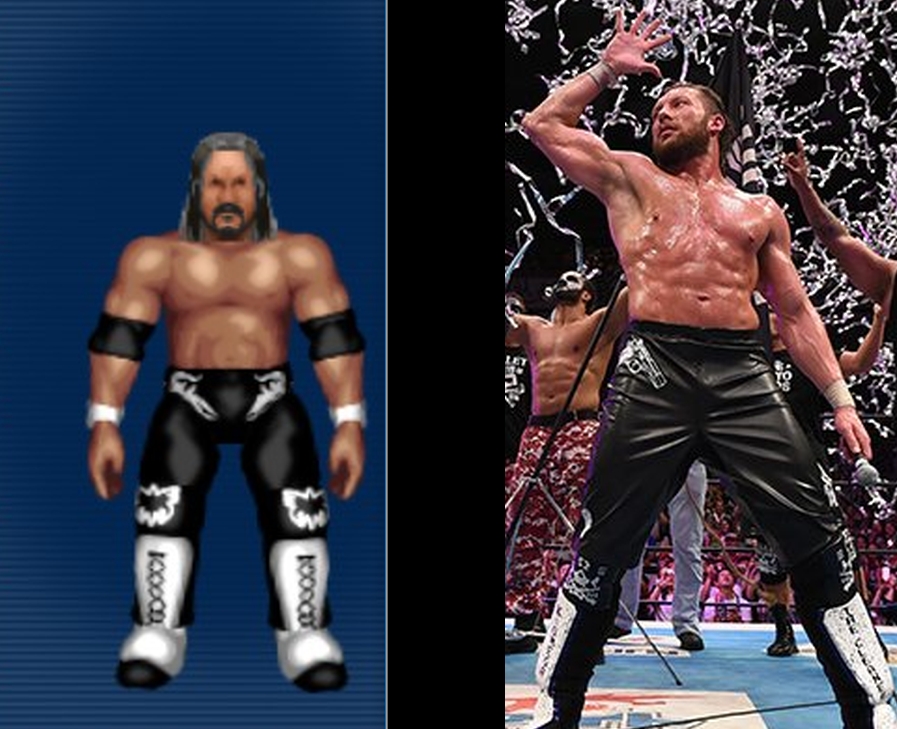 Kenny does usually wear black elbow pads – so we’ve got those on here even if they aren’t in the photo. The gun logo representing the Bullet Club is represented fairly well with the white flames on the side, while the white trim on his kneepads and kickpads looks pretty spot on. He also has The Elite in an NWO-style logo on the back of his gear usually, which we have represented with the black and white UNU text that the game allows you to use and is the only text the game can truly render due to everything having to be mirrored from one side to the next. Fire Pro Wrestling World has come out with near-perfect timing, as Kenny’s rise comes right alongside the game’s development. Kenny’s head isn’t among those put in the game by default – so we had to go with something that both had long hair, the ability to easily put in his black and grey mix, and also a bit of facial hair. Adding these things in later can work, but blending the colors for facial hair isn’t easy to do yet due to the lack of gradients. This issue also makes adding chest hair a bit tough, or using the arm sleeve tattoos as a makeshift way of adding forearm hair. Head 139 works fairly well for him, with Part 17 in grey and Part 49 in black offering up a solid hairstyle. Part 284 gives you a thin beard that should work in theory, but doesn’t quite blend in well, so filling it in with Part 100 and having each as a dark grey works nicely. 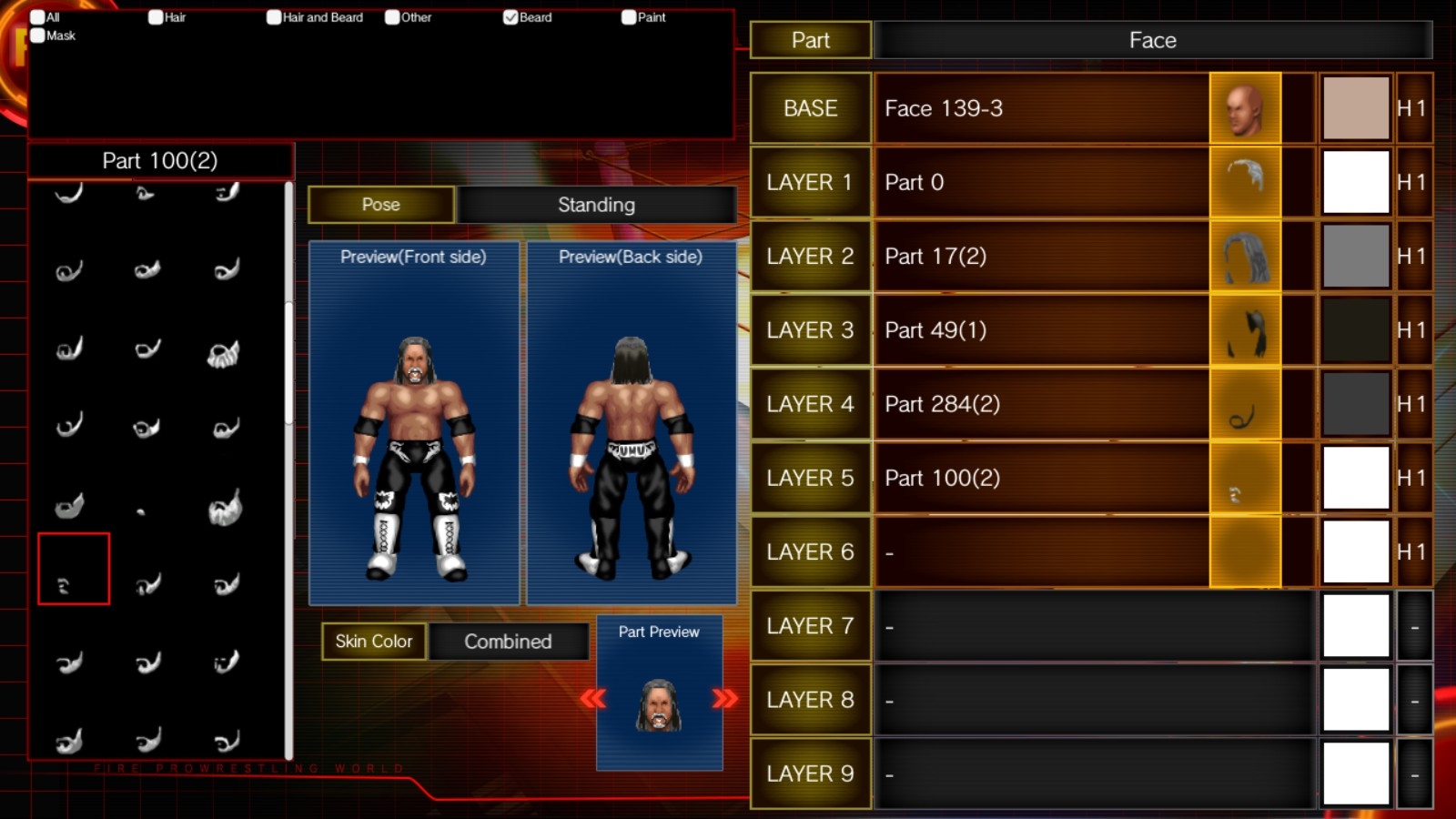 Omega’s diverse moveset ranges from comedy moves like using his forearm as an imaginary chainsaw to more serious things like the snap dragon suplex and his avalanche dragon suplex. Fortunately, with this being a game that embraces all parts of pro wrestling from the serious to the goofy, Omega can be replicated fairy well. There is no forearm chainsaw sadly, but you can get the basic idea of a face rake done quickly across by using the corner forearm scrape as a substitution. Similarly, the V Trigger knee strike itself isn’t in, but with a plethora of jumping knee attacks available, just using the standing version alongside maybe a running variant if you so desire works well enough. The avalanche dragon suplex he used against Okada during his six-star classic with Kazuchika Okada at this year’s Wrestle Kingdom show is also in, and looks nasty as could be too. 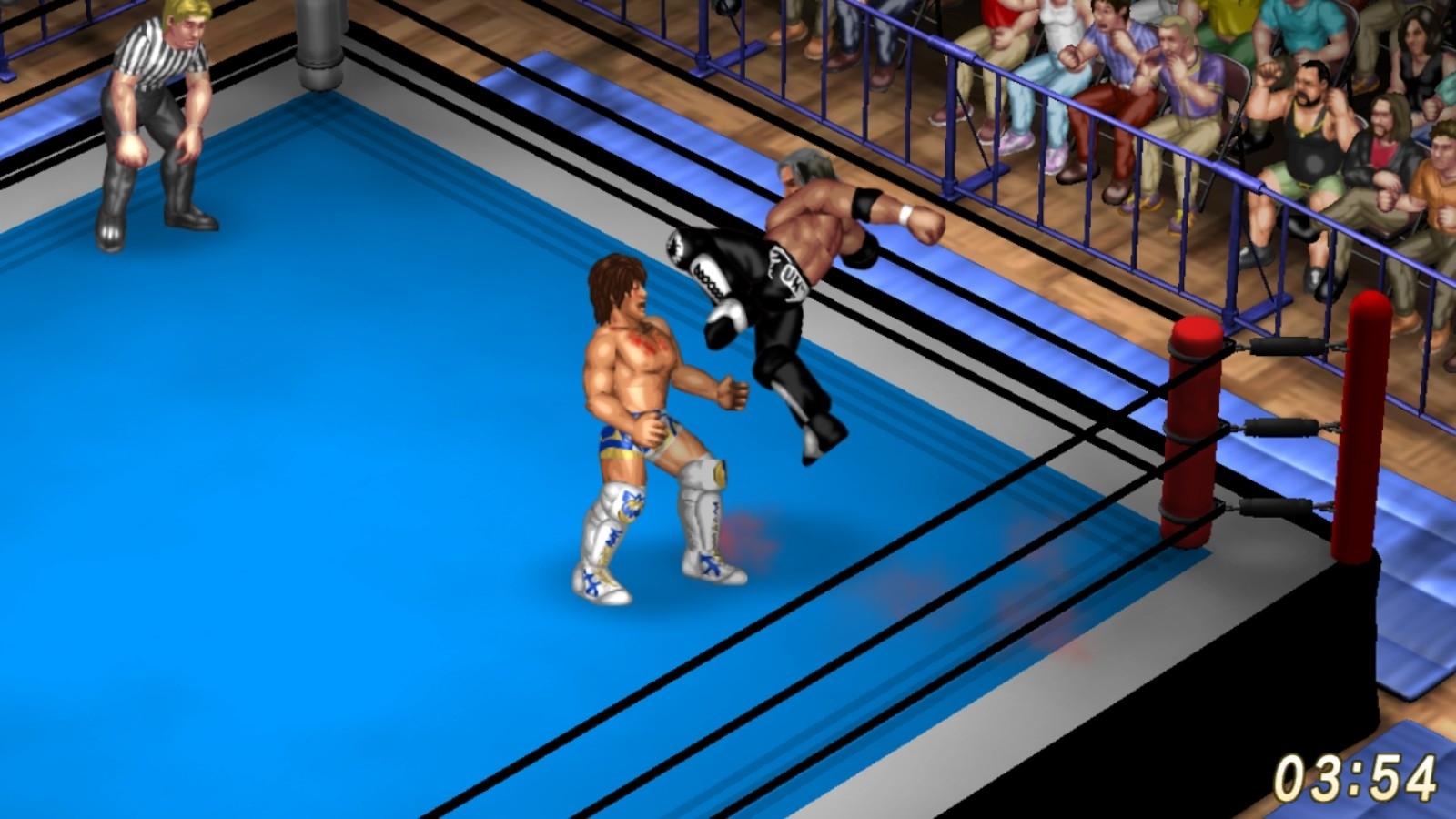 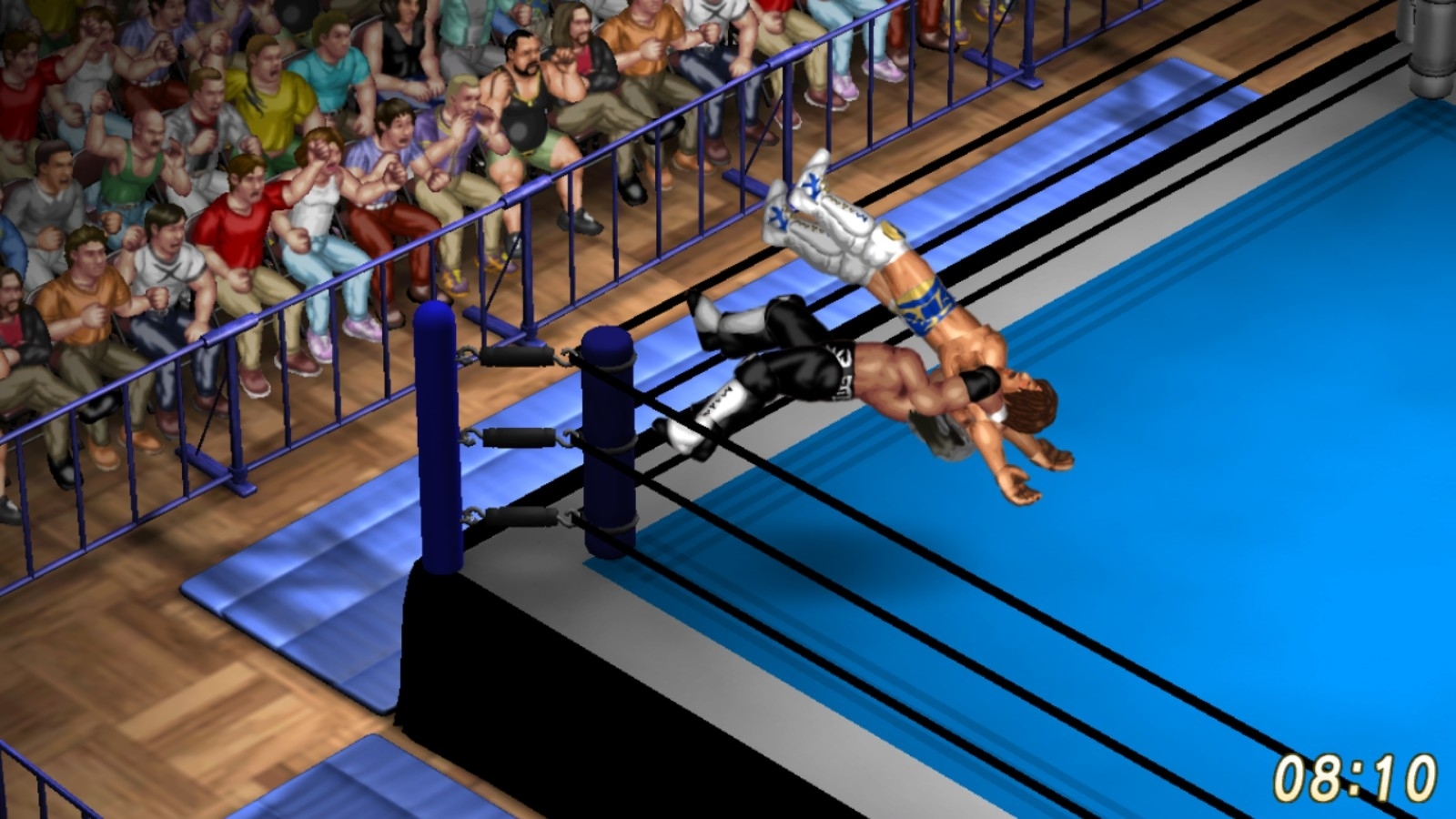 There is no fireball attack just yet – beyond the actual throwing of flame. However, you can use the Stepping Jigoku-Tsuki mid-level grapple as a workaround. It has a similar pose of putting Omega into a kneeling position, as a strike to the opponent, and gets the same general idea across. Hopefully, in time, they do add that in formally. Otherwise, his tope con giro dive to the floor is in – just without the theatrical posing. His One Winged Angel finisher is also in, and looks outstanding. The Sunset Flip Drive name for it is a bit odd, but something you can easily remedy by either renaming the finisher or going into moveset name editing and just changing the core text for it. Kenny’s running facebuster/sorta-fameasser thing is another move you have to find a substitute for, with the running facebuster working nearly-perfectly and allowing you to use it in multi-man matches as an easy way to break up pins as well. 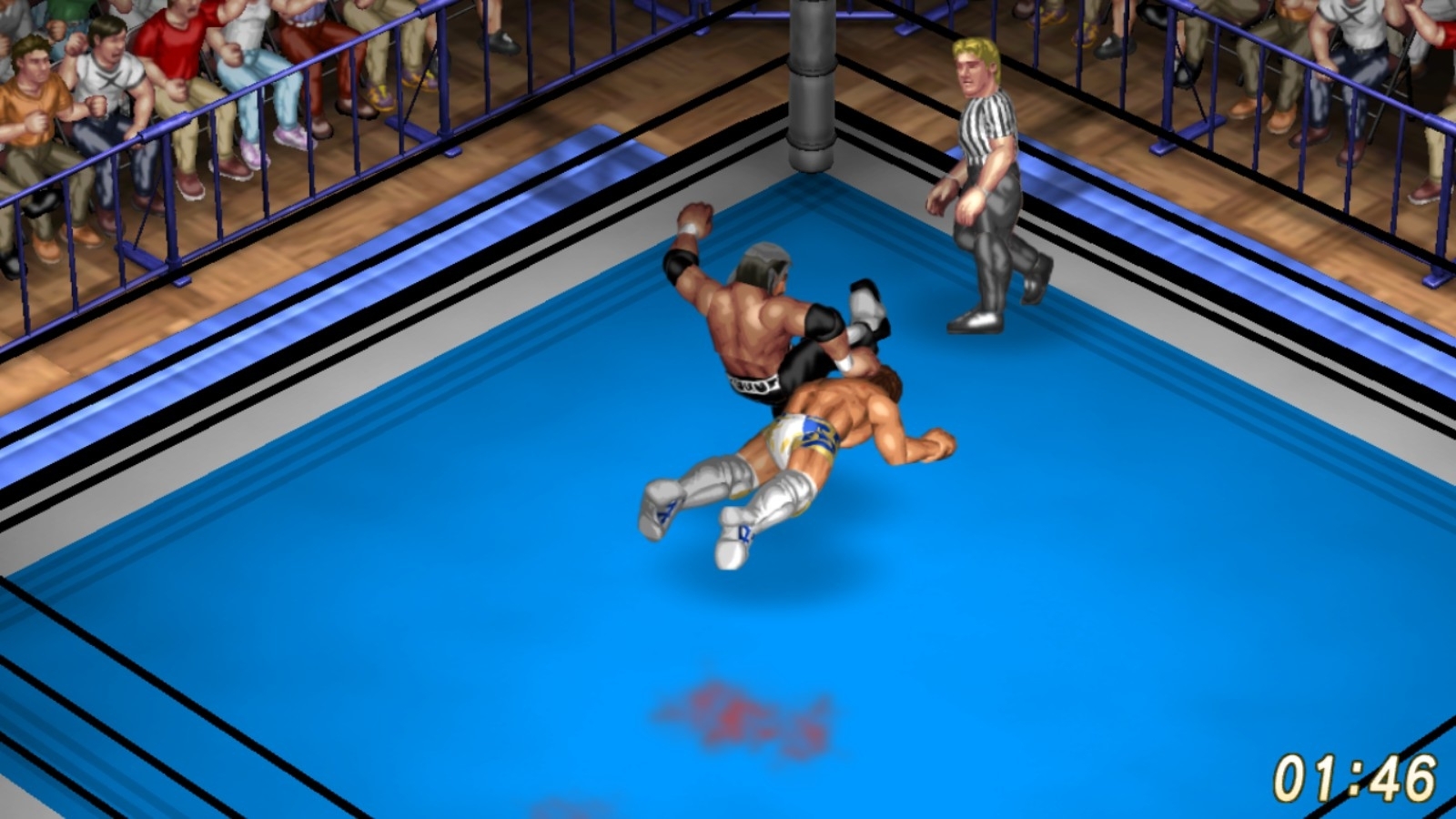 Omega has taken a shine to using moves from past rivals as well. When AJ Styles took over Prince Devitt/Finn Balor’s spot as the leader of the Bullet Club, AJ took Devitt’s finisher. Similarly, Kenny Omega has used the Styles Clash since AJ left New Japan and that is easy enough to just assign him here. Similarly, you could also use Shinsuke Nakamura’s Kinsha/Bomaye corner-to-center knee strike as a version of the V Trigger. The posing isn’t an exact match, but Omega does usually set the move up with some theatrics, so the essence of it is still there even if it isn’t a 100% perfect recreation. Kenny’s now-signature finger pistol pose is in as well, and when you combine it with things like the Rick Rude hip swivel and the heroic pose replicate some of his sillier moments. 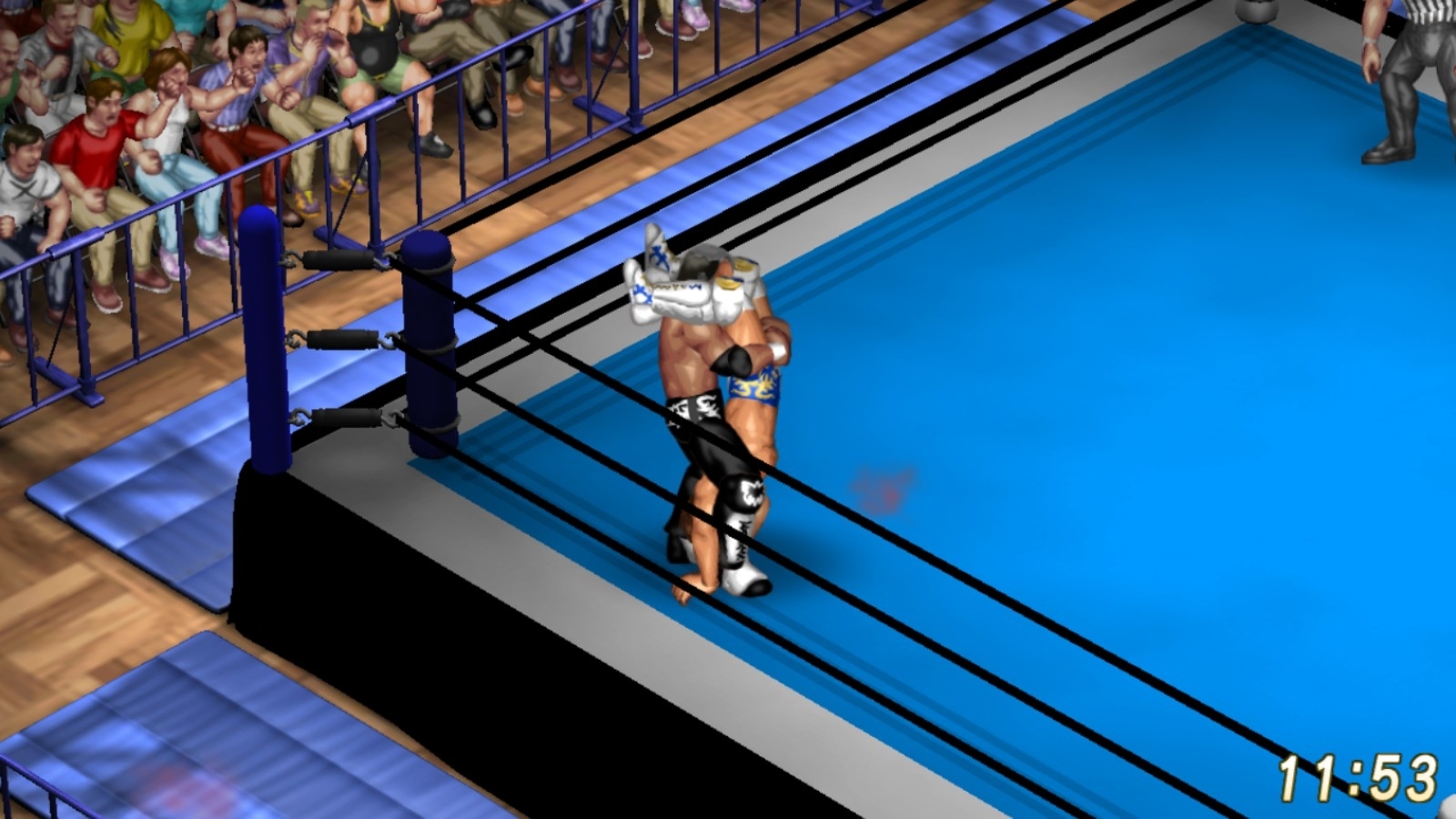 Kenny is someone who is best recreated in the game with several different versions of his character, since they’re each so diverse. Kenny wrestles a completely different style of match now than he did even two years ago, while still occasionally busting out comedy — it isn’t done nearly as much as it was before and this means that making a single version of him that captures every era is just impossible. Moveset-wise alone, there are too many sacrifices you have to make to do something perfectly. Modern-day Kenny can be replicated well thanks to so many classic moves being in his arsenal and moves that work as replacements. There is no Dr. Wily Bomb formally, but the Doctor Bomb and/or the Karelin lift off the mat work well as versions that can both get a pin for the former and replicate its real-world usage in the latter. Kenny’s current run in New Japan is the best of his career and hopefully more of his mannerisms and moves are put into the game as it goes through early access. Even in its current state, Fire Pro Wrestling World is well-worth its $20 asking price on Steam. You can download Kenny Omega along with our other creations over at the Steam Workshop. You can check out Kenny Omega’s T-shirt store at ProWrestlingTees — or get some of his stuff via Hot Topic as well. 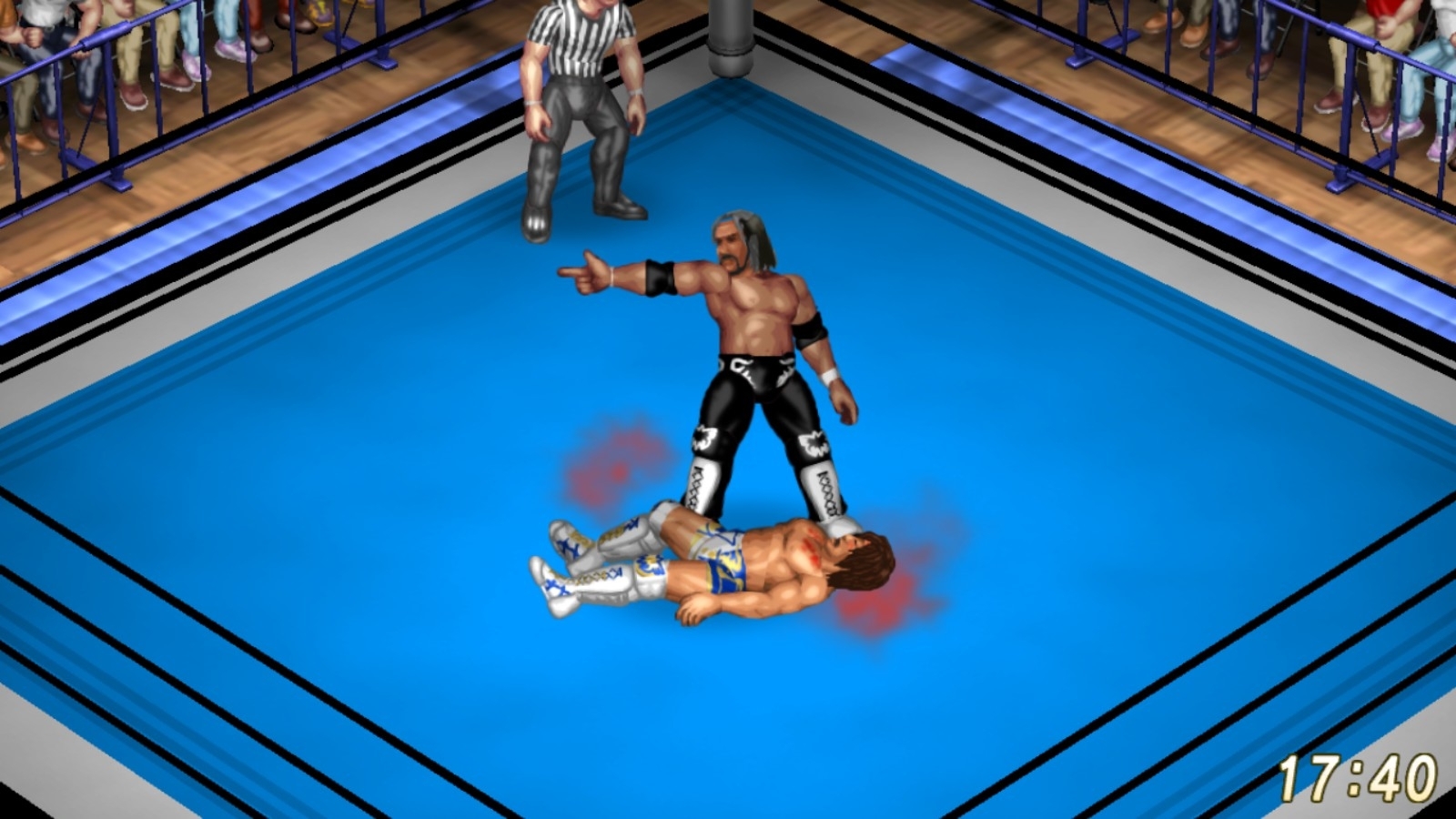