EA Sports’ NHL series has been around so long that the film that it was famously featured in (1996’s Swingers) is now considered a classic. That’s a long time for any video game series to exist — let alone a perennial one — but NHL has managed to exist and remain relevant year in and year out. This year is an exciting one for the league in general with a new expansion team joining the ranks in a market that has long gone without a professional sports franchise (Vegas, baby, Vegas) and many teams going through major rebuilds (including this author’s own Coyotes). As such, EA has shrewdly decided to introduce a major new mode in this year’s incarnation and one that could attract new fans flocking to the sport.

A new mode would be irrelevant without solid gameplay to back it up, however, so EA has a few tricks up its sleeves this year. The biggest of these are Creative Attack Dekes, new offensive deke moves that include between-the-legs dekes, back-handed toe-drags, heel drags and many more. Influenced by the staggering athletic capability of the new class of NHL stars like Connor McDavid and Jack Eichel, these new dekes will allow players to pull off more stylistic plays than ever before. Don’t think it will come easy, though, as many of these dekes will require skill and practice to correctly pull off. Player attributes also play a role in these being executed, as lower skilled players might lose the puck in the midst of attempting a tricky play. Deke branching will allow players to string deke combinations, allowing players to react to a defender’s position. You can also target which direction you want to go with the puck using the left stick, allowing for a more customized experience. 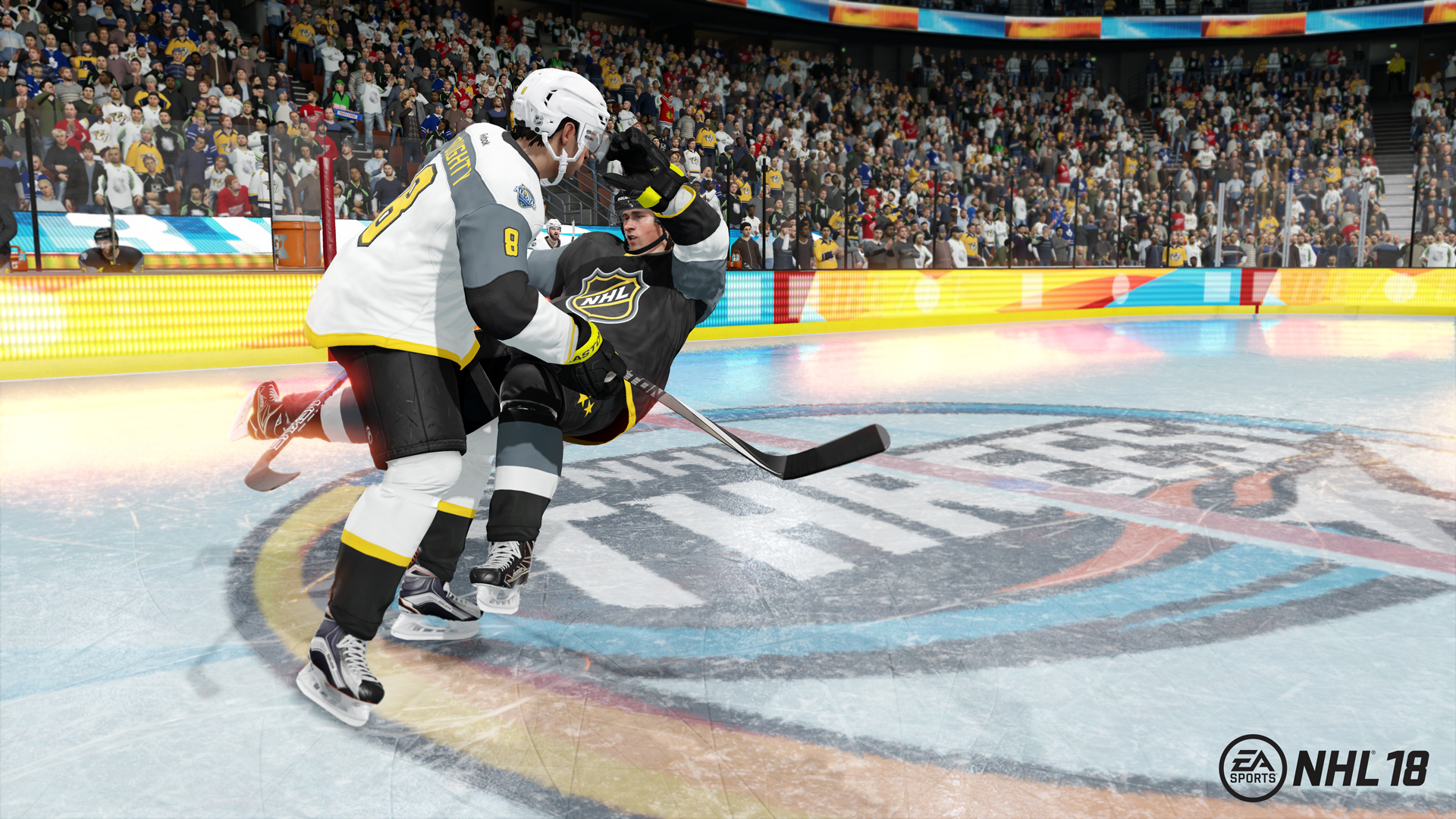 Of course, now that offensive players have more control, defensive players will have to be able to counter these slick moves, so EA has introduced the Defensive Skill Stick. This allows defenders the ability to cut off the opponent’s lanes by pressing and holding the poke check button and using the right stick to control direction. More still, the Puck Chop mechanic and One-knee shot blocks have been fined-tuned to improve effectiveness.

While the Creative Attack Dekes and Defensive Skill Stick refinements should nicely compliment each other in multiplayer games, they also needed to be properly executed against when playing against A.I, so Creative A.I has been introduced. This updated A.I will accomplish things like improving a teammate’s ability to find you, look for more passing options and factor in a player’s attributes prior to making a play to them. The A.I will implement the Creative Attack Dekes and Defensive Skill Stick just as a player would and make for more natural and realistic hockey matches. 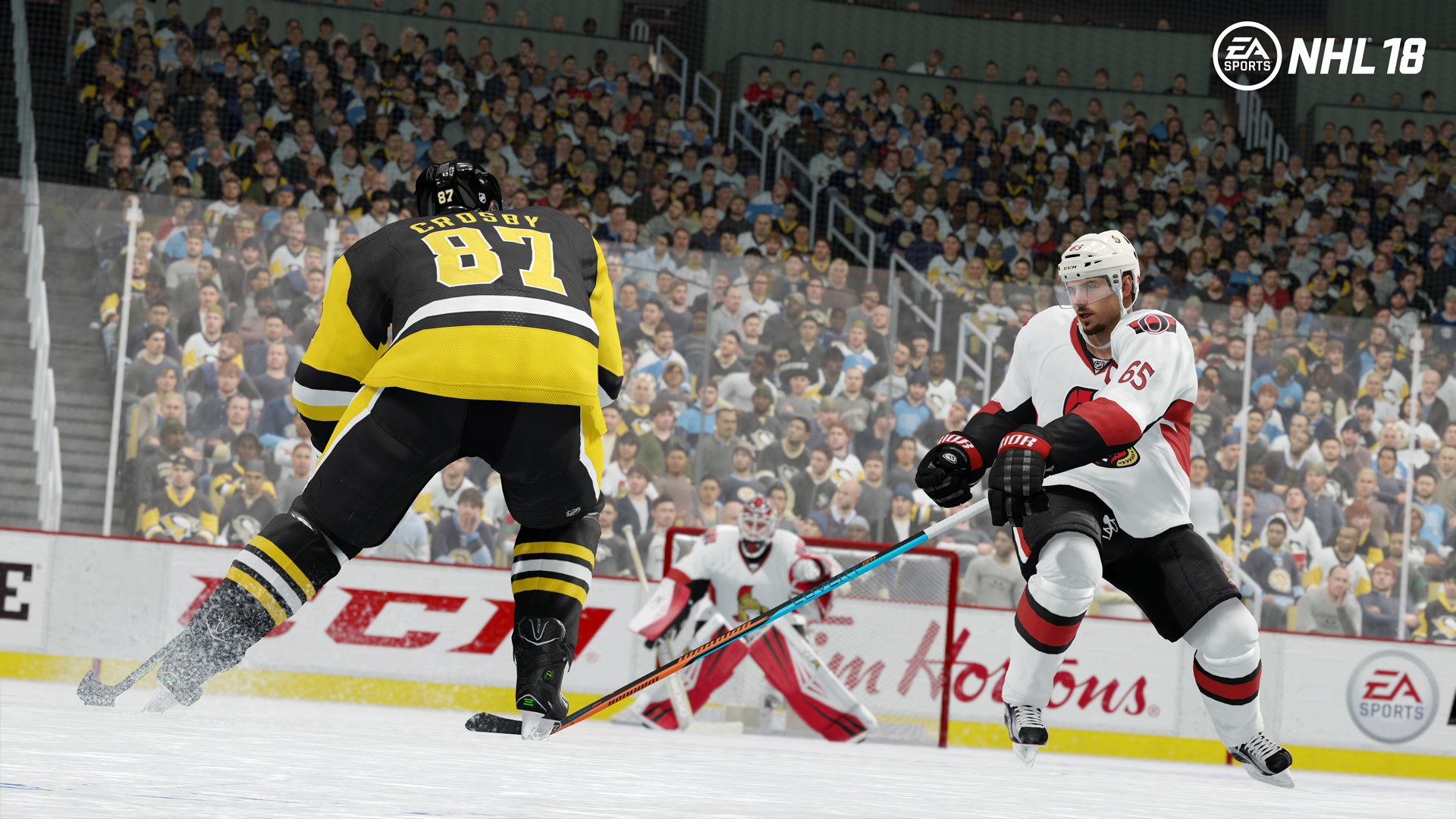 While those looking for a realistic hockey experience will find one thanks to the gameplay refinements, EA hasn’t forgotten about the casual player or one looking for pure entertainment and has created NHL Threes. Almost feeling like a standalone game, NHL Threes is a 3-on-3 hockey experience that emphasizes big plays and plenty of dangleitis. Those who have been watching NHL games the past few seasons know just how exciting 3-on-3 overtime is. By removing four men from the ice, the emphasis shifts purely to a puck possession game; those who have the puck have the best chance of winning. This creates wholly unique situations like passing to your own goalie, trick plays and some of the best breakaways seen in the sport. This action is translated in Threes, which adds even more zany action to the proceedings.

Featuring unique brightly-lit arenas with smaller rinks, Threes is a flashier experience with tons of special FX and noise. Like something straight out of air hockey, Threes introduces MoneyPucks, which give bonus goals or take goals away from the opponent. Fire pucks give up to two bonus goals and Ice Pucks give the scorer a goal and take away up to three from the opponent. This adds a fun arcade-like feel to the mode and makes it so that both players are always still in it. If that’s not crazy enough, Threes also introduces mascots to the game. That’s right: players can play as NHL mascots, which is surreal to watch, especially when they do their over-the-top celebrations. It’s wacky stuff. Believe it or not, there’s actual structure in the mode as well. NHL Threes features a campaign mode that has players complete against different teams and leagues in a circuit-style journey, unlocking objective-based rewards along the way like new teammates, logos and jerseys. Circuit Campaign Mode should ensure the mode has legs for those going it solo. 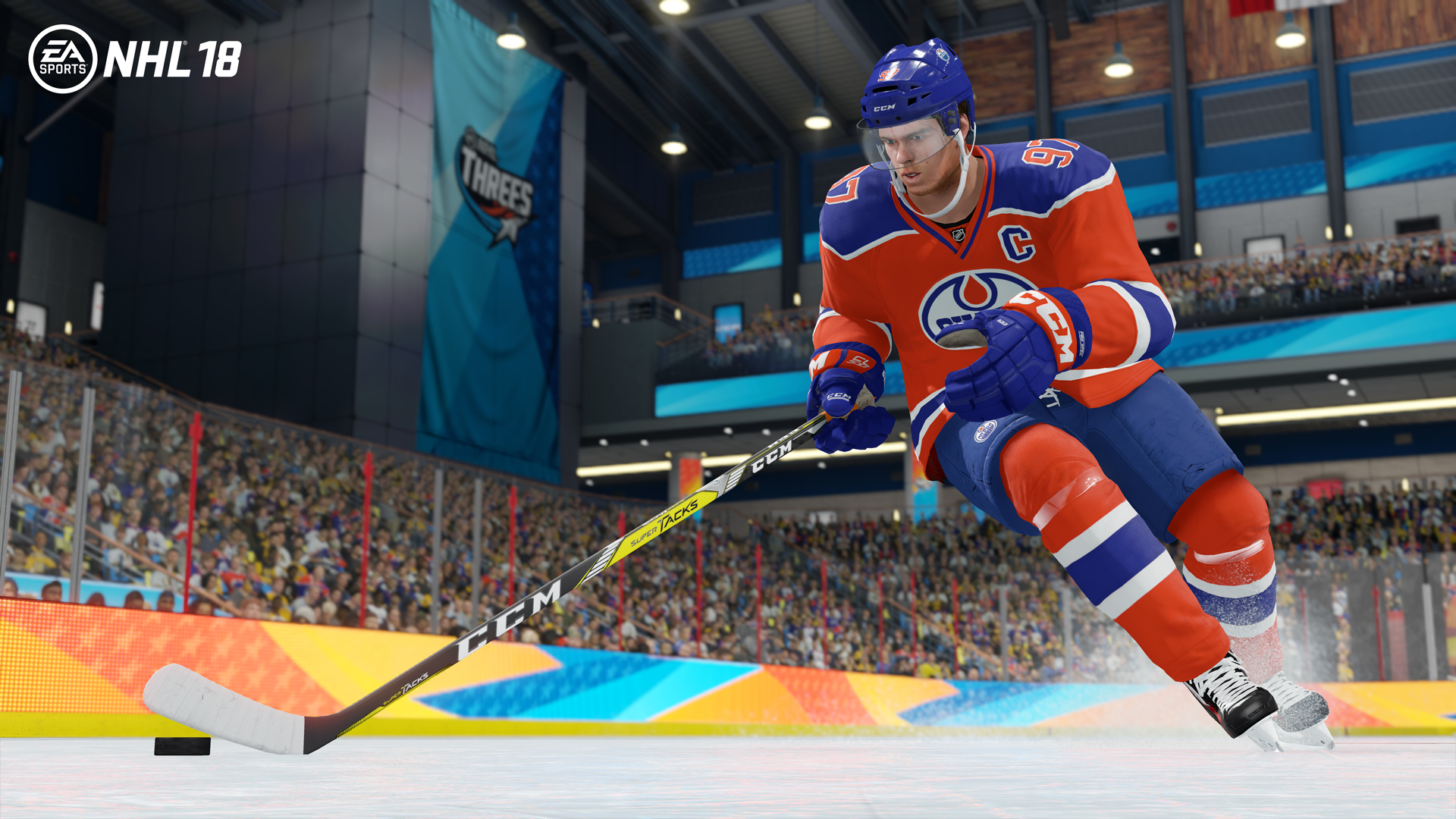 The NHL series has had two great entries in a row and NHL 18 is shaping up to continue the trend. The gameplay additions make the action more dynamic and seeing the Golden Knights in action so early and being able to tinker with their draft is a treat indeed. The real star of this year’s iteration so far, however, is NHL Threes. Almost playing like a downloadable standalone spin-off, Threes is action-packed fun that will have friends duking it out on the couch like the good old days. Those wanting to get in on the action themselves can do so now by downloading the beta in anticipation of the game’s launch on September 15.

For more on NHL 18, be sure to read our interview with producer Clement Kwong.