The world’s largest console esport kicks off today to win the title of best Call of Duty esports team in the world.

“It’s been a great year for the Call of Duty World League with more players competing than ever before across the pro and amateur circuits,” said Rob Kostich, executive vice president and general manager, Call of Duty. “And through our partnership with MLG, we’ve also continued to raise the bar in event broadcast production delivering hundreds of hours of content for viewing on MLG.tv. From the millions of fans who play and watch worldwide, it all comes down to this, an epic week featuring the top 32 teams competing at the highest level.”

Here are the groups for the 2017 CWL Championship: 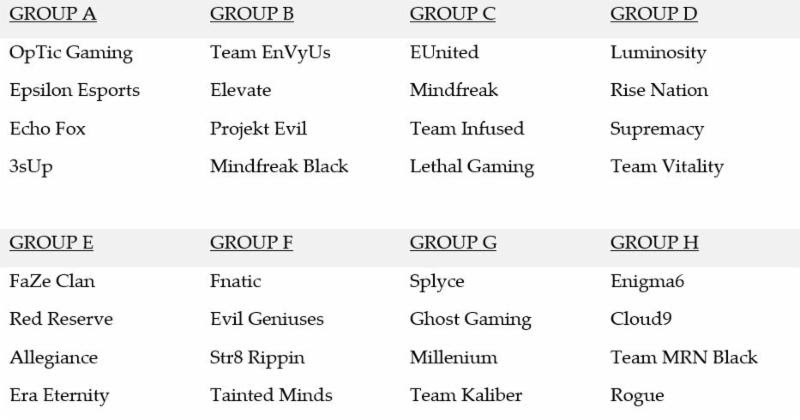 The Call of Duty World League Championship will run August 9-August 13. For those who can’t be there in person, you’ll be able to watch all the action on the official MLG Call of Duty channel.