Today PlayStation rolls out the beta for firmware update 5.0 and it brings a slew of new features. An e-mail should be waiting in the inbox of those who signed up, so don’t forget to check. Even if the opportunity was missed to check out the beta, it shouldn’t be long before 5.0 comes to all PS4 owners.

The first major addition is the new “Family on PlayStation Network.” This will help ease the stress of managing media on the PS4 for parents everywhere. Now it’s easier than ever to setup PSN accounts for kids, while also managing customization of parental control settings. PS4 understanding there are multiple adults in a household that should be able to manage the family features. No more one account control, giving thought to the actual family. 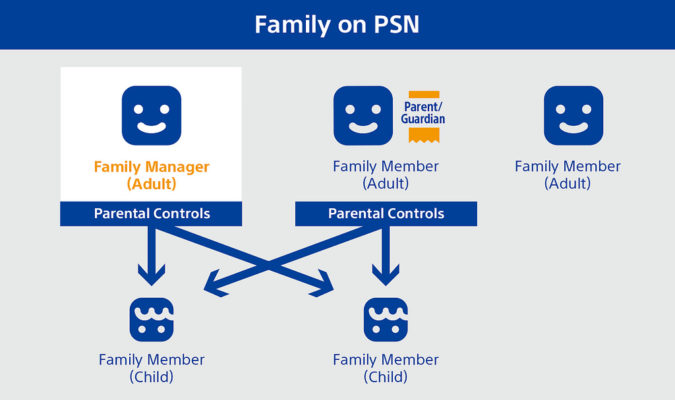 Managing a friends list on any console is always a bit of a pain, PS4 is remedying that with the new feature of a ‘Custom Lists’ tab. PS4 owners will now able to specifically hone the group they want to be a part of, taking place of the ‘Favorite Groups’ tab which can feel bogged down at times with people one might not know.

If the head of a community on PS4 the option to bind that community to one’s broadcast is now available. Having a broadcast linked to a community will have a button appear on the Live from PlayStation spectator screen. All a spectator needs to do is click the community button and they can jump right to the community page to check out any details. 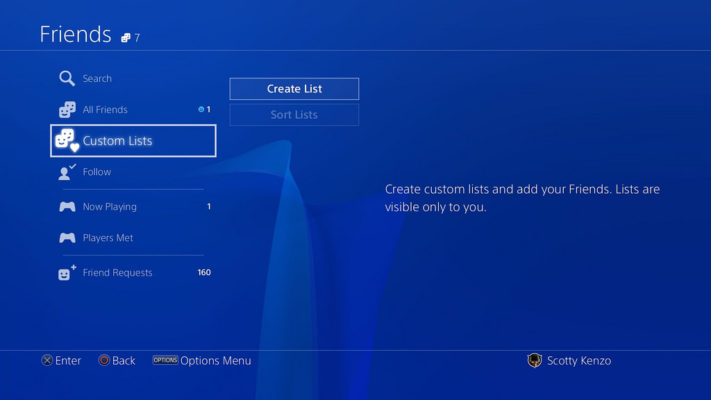 PlayStation VR has also been fine-tuned with new setting PlayStation VR: Display Message to Spectators and Spectator’s Comments. Enabling either will show spectator comments sent during broadcast to display in cinematic mode and VR mode. Making it easier for a broadcaster to keep up with comments to communicate in a timely manner. PlayStation VR also supports 5.1ch and 7.1ch virtual surround sound through headphones when watching Blu-rays and DVDs in Cinematic Mode adding that extra layer of immersive experience.

This next bit of news is a real cherry on top for broadcasters who have a PlayStation 4 Pro. PS4 Pro can now support streaming on Twitch at 1080p 60fps, it’s easy to get jealous if still running on a PS4. It’s a fantastic feature that anyone can be happy with.

With the ability to share music to Twitter and Facebook via PlayStation music now PS4 will support sharing music through messages as well. Friends on PS4 can listen to tracks shared inside the message by just going to the Quick Menu or if using a mobile devic, following the prompts to the Spotify app jumping to the PS Message app to check out those sweet tunes.

The new feature of dropping out of multiple message groups is now also available, making easier than ever to unclog what might be an overwhelming notifications mess that comes from being part of multiple groups. It’s like being able to delete multiple games at once. 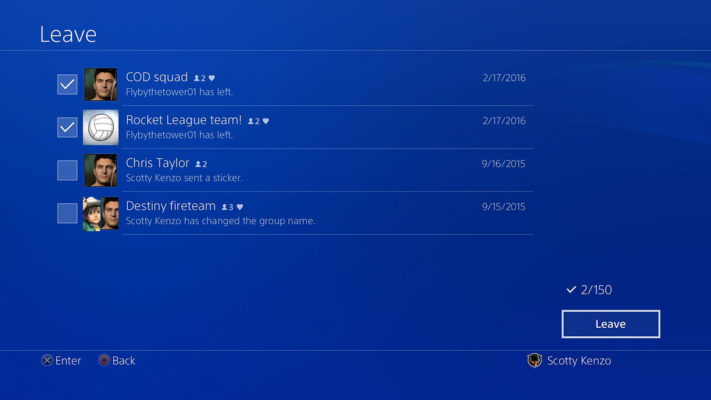 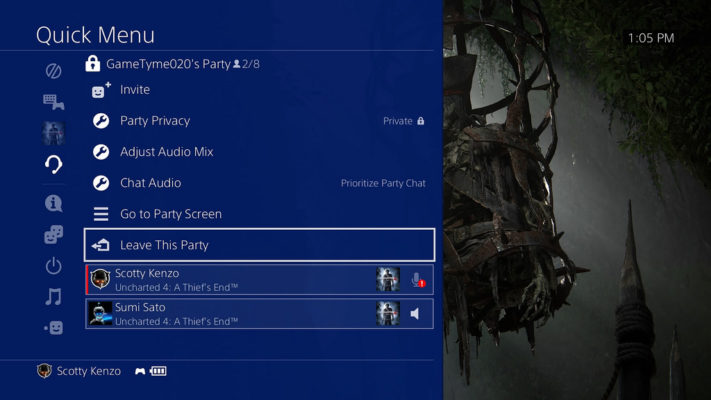 It’s a hefty update that brings some great features to the PS4 and PS4 Pro only improving upon the changes and features already added and built in. Again, an e-mail should be waiting in the inbox of those who signed up for the beta, otherwise it’s the waiting game.